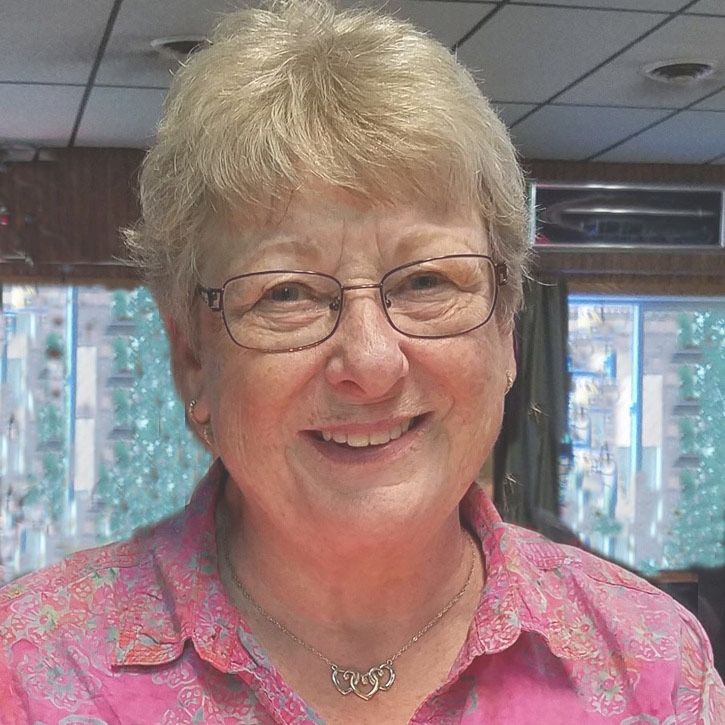 Ardyce L Olson 1951–2019 Nerstrand—Ardyce LaVerne Olson, 68, of Nerstrand, passed into Heaven as a result of metastatic breast cancer on Tuesday, October 29, 2019, at her home under the care of Northfield Hospice, with her family surrounding her. She was born on June 18, 1951, in Crookston, to Orlyn E. and Amy E. (Dale) Olson. She lived with her family on a farm west of Nielsville until 1956, when Orlyn's job transferred them to Roseland, where she grew up. She attended k-6 at the Roseland school, then transferred to Danube where she graduated with the class of 1969. She was baptized at the St. Petri Lutheran Church in Nielsville. As a teenager she made her public Confession of Faith in Roseland Reformed Church. After high school, she attended the Granite Falls Vocational/Technical School to be a legal secretary. She worked in Minneapolis for a short time and then attended the Willmar Area Community College. She married David Olson, from Echo, at the Roseland Reformed Church on April 10, 1971. They immediately moved to Baltimore, MD. In August 1972, they moved back to Minnetonka. She worked as a secretary until their first child was born in January 1974. During the next years, while raising her family, she was self-employed in a consumer-product industry. After the family moved to rural Nerstrand in 1986, she became "Momma Pig", farrowing up to 160 sows and selling feeder pigs. In 1992, the hog market was waning, and her #1 helper had graduated and was moving on. She decided that if she could take care of pigs, she could take care of people. She attended and graduated from the Rochester Community and College as an RN and continued to complete her BSN at Winona State University. She then attended UWEC to earn her Master's Degree in Nursing and became and Adult Nurse Practitioner in 2000. Almost her entire nursing career was spent at the Mayo Clinic, starting as a nursing assistant in October 1994. She retired in 2016, after spending her last four years providing primary care to nursing home residents in Red Wing and Zumbrota. She thoroughly enjoyed her work, her patients and her colleagues. Ardy and Dave enjoyed life to its fullest. They enjoyed traveling together and made it to all 50 states of the U.S. plus Washing, D.C. and Puerto Rico. They also made trips to China, Italy, Canada, Mexico, St. Thomas, VI, Norway twice, Sweden and Iceland. They would often "fly by the seat of their pants", traveling with no reservations and "went with the flow". That was their philosophy in their travels as well as generally toward life. Ardy also enjoyed reading, gardening, canning, music, sewing, crocheting, laughing, joking, computer games, playing cards, visiting with friends and family. She and Dave would often spend weekends cooking together. In her earlier years she liked to camp and was a fair-weather hunter and fisher. She enjoyed playing with, reading to and teaching her grandchildren about nature, plans, cooking, baking and sewing. It was fun for her to watch them and their personalities grow – oh, and she enjoyed her kids too. Her extended family was also very important to her. Ardyce is survived by her children, Aaron (Jodie) Olson of Nerstrand, Sonja (Brian Kubinski) Olson of Faribault, Ryan Olson of Kenyon; grandchildren, Dante Cannon of Mankato, Madison and Analise Olson of Frazee, Charli and Averi Olson of Nerstrand, Tyler Kubinski of Fargo, ND and Dusti Mayers of Denham, LA; brothers, Daryll (Norma) Olson of Oakdale, Lauren (Donna) Olson of Sauk Rapids; in-laws, Duane (Robin Feldman) Olson, Renville, Linda (O.E.) Lerud of Echo, Benny (Diane) Brennecke of Marshall; nephews and nieces; aunts, Donna Koval and Betty Dale; many cousins and friends. She was preceded in death by her husband David Olson who died in 2018; parents; parents-in-law, sister-in-law, Janet Brennecke; uncles and aunts; and six cousins. There will be an open-house celebration of life at Ardyce's home, 12240 – 160th Street East, Nerstrand from 1 pm – 10 pm on Saturday, November 23, 2019. Memorials are preferred to Northfield Hospice, National Breast Cancer Foundation or to a local Relay for Life organization. Ardy and Dave will be buried together in Fort Snelling National Cemetery.

To plant a tree in memory of Ardyce Olson as a living tribute, please visit Tribute Store.
Load comments