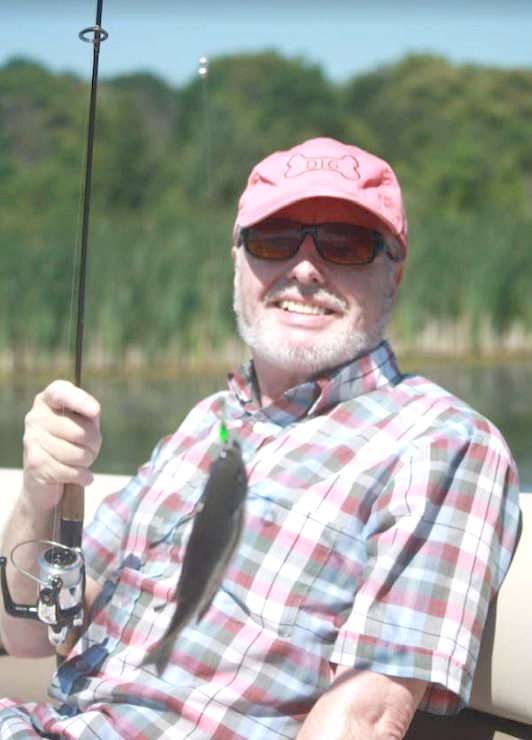 Derek Evans 1938–2020 Eureka, Missouri—Derek Evans, 82, of Eureka, Missouri, passed away on Aug. 24, 2020. Derek was born May 9, 1938, in Salford, England, the son of John and Miriam Evans. He served in the Royal Navy and then became a draftsman, moving to the U.S. in 1969. He lived in Wisconsin and Minnesota before moving to Missouri in 1989. He became a U.S. citizen in 1984. He enjoyed fishing, reading and spending time with his family and dogs. His smile would light up a room. He is survived by his wife of 62 years: May (Kenny) Evans of Eureka, Missouri; four children: Mark (Theresa) Evans of Northfield, Steven (Suki) Evans of New Paris, Indiana, Jackie Evans Murphy of Blackduck and Chrissy (Mike) McClelland of High Ridge, Missouri, a brother: John Evans of England; 10 grandchildren: Brandi (Ben) Nesseth, Linnea (Nate) Wayne, Amanda Evans, Derek (Evelyn) Evans, Jacob Rost, Justin (Corrie) Rost, Victoria (Jesse) Sporre, Jordan Murphy, D.J. Murphy, and Madi McClelland; 10 great-grandchildren; and many other extended family members and friends. He was preceded in death by his parents and May's parents; three sisters-in-law: Edna Evans, Florence (James) Foxcroft, and Doris (Harry) Lowe, two brother-in-laws John Kenny, Tom Kenny; two grandchildren: Jeffrey Evans and Brandon Walls. Memorials may be made to the American Society for the Prevention of Cruelty of Animals at aspca.org or to the Open Door Animal Sanctuary, 6065 Duda Road, House Springs, MO, 63051. Due to COVID restrictions and health concerns, the family has chosen to plan a celebration of life at a later date. Arrangements are under the direction of Feiser Funeral Home in Fenton, Missouri.