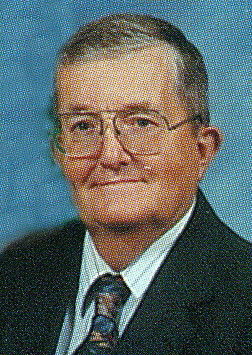 Gordon L. Minshall 1936–2020 Faribault—Gordon L. Minshall, age 84, of Faribault, MN passed away Sunday, December 20, 2020 at his home following an extended illness. Gordon Lee was born on October 17, 1936 in Racine, WI to Frank D. and Hazel (Moon) Minshall. He grew up in Cedar Rapids, Iowa, graduating from Cedar Rapids High School and Mankato State University, obtaining his master's degree. Gordon served in the U.S. Army for two years followed up with two years of reserves and continued weekend commitments. Gordon taught secretarial administrative classes at South Central College, Faribault for 30 years. He was united in marriage to Carolyn Cornelius on September 15, 1962 at Aldersgate Methodist Church in St. Louis Park, MN. He was a Cub Scout Leader for his boys and enjoyed their family camping trips. Gordon enjoyed playing bridge, was a softball player for many years and enjoyed all sports. He also enjoyed umpiring volleyball, baseball, and flag football. He and Carolyn wintered in Arizona for the past 20 years and enjoyed their travels to all 50 states; 48 with their camper. He is survived by his wife, Carolyn Minshall; son, William Minshall (and significant other, Dorie Fritz); grandchildren, Ryan Minshall and Ashley (Matt) Adams, and their son, Gabe Adams. He was preceded in death by his parents, Frank and Hazel; his son, Michael Minshall in 1991; and his siblings, Betty Andre, William Minshall, Richard Minshall, and David Minshall. Gordon's family plan to have a memorial service later in the spring and will be announced. For online condolences and further information, please visit www.ParkerKohlFuneralHome.com

To plant a tree in memory of Gordon L. Minshall as a living tribute, please visit Tribute Store.
Load comments