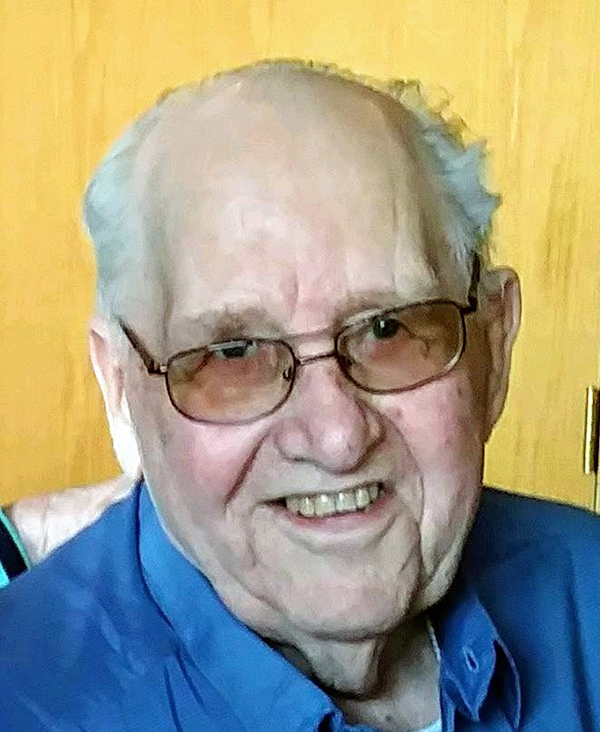 Harold Smith 1926–2020 Faribault —Harold H. Smith, age 94, of Faribault, died Thursday, July 16, 2020 at Pleasant Manor Nursing Home, Faribault. Memorial services will be held at the Boldt Funeral Home, Faribault on Tuesday, August 4, 2020 at 10:30 am. The Reverend Janet White will officiate. Interment will be at Maple Lawn Cemetery. Memorial visitation will be for one hour prior to the service at the funeral home. Harold Herbert, the son of Hoyt and Helen (Hanson) Smith was born on January 5, 1926 in Dexter. After school he proudly served his country in the United States Army. On March 14, 1948, Harold was united in marriage to Wilma Foster in Grand Meadow. Harold farmed for many years in the Millersburg and Roberds Lake areas. Upon retiring from farming, he and Wilma moved to a home in Warsaw and he worked as a mechanic with the Faribault Canning Co. for many years. Harold was proud of his beautiful flowers and vegetable gardens, generously sharing his produce. He enjoyed creating wooden lawn ornaments and sharing time with family and friends. After a knee injury and retirement, Harold became an avid walker on the Sakatah Trail near Warsaw; a routine that continued over 25 years. He loved to quote his orthopedic surgeon, "Never Stop Moving". As life slowed down and Pleasant View Estates became home, he continued to walk their hallways. Survivors include his wife, Wilma; children, Roger (and Marge) Smith of Royalton, Bonnie (and Jim) Lenway of Faribault and Pat (and Steve) Wright of Chester, VA; grandchildren, Christopher Smith, Sarah (and Jon) McGurran and Shannon Kardell; great-grandchildren, Ellie and Izzy McGurran and Avery and Alivia Anderson; brother, Gordon (and Sue) Smith of Dover, NH; sister, Shirley Smith of Quincy, IL; daughter in law, Sharon Smith of Medford and other relatives and friends. Harold was preceded in death by his parents; son, Bill Smith; brothers, Robert, Howard and Don Smith and sisters, Marian and Grace. A special thanks to staff and caregivers of Pleasant View Estates, Pleasant Manor and Moments Hospice. Due to current concerns regarding Covid-19, the family respects your decision regarding your attendance. For those that are able to attend, please respect current social distancing guidelines. Visit boldtfuneralhome.com for information and guest book.