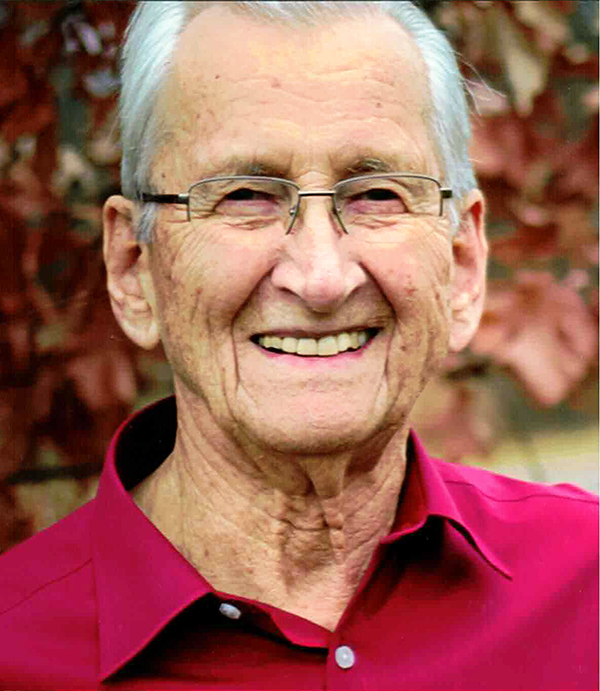 Lyle Olstad 1926–2020 Faribault—Lyle Burton Olstad, age 94, formerly from Janesville and Faribault, Minnesota, passed away at the family lake home in Marcell, Minnesota on June 18, 2020. A memorial service will be broadcast on the www.boldtfuneralhome.com webcast services at 11:00 a.m. on Saturday, July 18, 2020. Interment will follow at 2:30 p.m. at Meadow Ridge Cemetery, Faribault. Arrangements are being completed by the Boldt Funeral Home, Faribault. Lyle was born February 23, 1926, to Elmer and Gena Olstad of Mazeppa, Minnesota. He attended Mazeppa schools, graduating in 1944. He immediately enlisted in the U.S. Navy, serving as an electrician on a mine sweep in the Sea of Japan in the cleanup effort after the war. After his honorable discharge from the Navy, Lyle settled in Janesville, Minnesota and went into business with his brother Vernon. Initially, Lyle and Vernon hauled milk in the mornings, and practiced their trades in the afternoon and evenings--Lyle in autobody repair, and Vernon as an auto mechanic. Soon, their businesses evolved and combined into general welding and repair. Olstad Repair Shop was a staple in the Janesville community for 35 years, primarily repairing farm machinery. It was back in the milk hauling days that Lyle met the love of his life, June Keyes. They were married in 1952 and made their home in Janesville. They were married for 66 years until June's passing in 2018. Lyle was also an active churchman, serving as usher and elder at Trinity Lutheran Church in Janesville. In addition to the welding trade, Lyle had a number of side ventures over the years. In the late 1960's, he developed, managed, and ran a mobile home park in Le Sueur, Minnesota. He also bought, improved, and sold parcels of land in Le Sueur and Rice counties, including Cedar West, a lake home development located on the west shore of Cedar Lake near Faribault Minnesota. Lyle and June made their retirement home at Cedar West, where they enjoyed entertaining friends and family. Lyle stayed active during retirement. He enjoyed remodeling old cars, maintaining the grounds at Oak Grove Cemetery in Faribault, and building a lake home on the shores of Big Ole Lake near Marcell. During their life in Faribault, Lyle and June were active members of First English Lutheran Church. Lyle is survived by his son Stuart (Kim) of Plymouth, Minnesota, granddaughter Jessie (Phil) Jubert of Plymouth, Minnesota, grandson Conor Olstad of Crystal, Minnesota, great-grandson Henry Jubert; nieces Julie Erdman of Janesville, Holly Ristau of Inver Grove Heights, Minnesota, and Lori Keyes of Janesville; nephews Ken (Maureen) Olstad of Bloomington, Minnesota, Jim (Erica) Olstad of Janesville, and Curt Keyes of Janesville. He is preceded by his wife June, parents Elmer and Gena, and brother Vernon. Memorials preferred to First English Lutheran Church of Faribault. Visit www.boldtfuneralhome.com for information and guestbook.