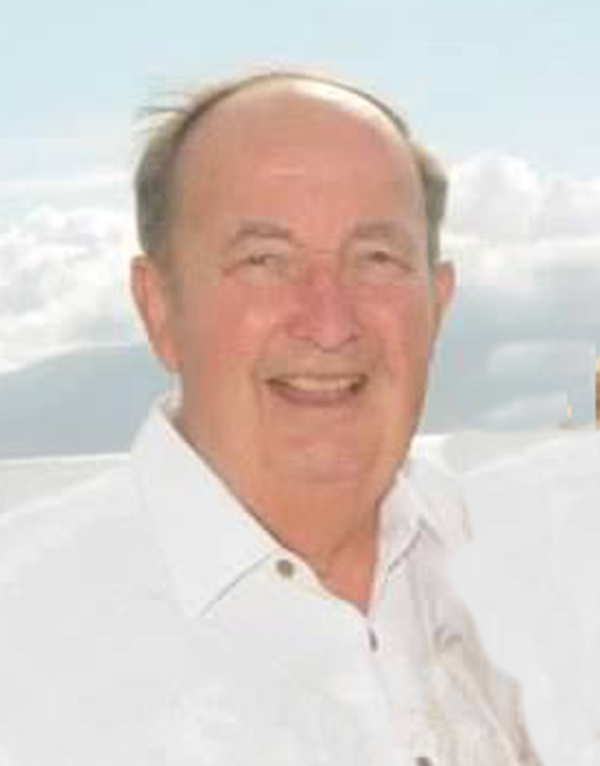 John Phillip Mathews 1931–2020 Faribault—John Phillip Mathews, age 89, of Faribault, died Tuesday, December 15, 2020 at Abbott Northwestern Hospital, Minneapolis. Private family services will be held at Our Savior's Lutheran Church, Faribault, and may be viewed on boldtfuneralhome.com website. The Reverend Jeff Sandgren will officiate. Arrangements are being completed by the Boldt Funeral Home, Faribault. John Phillip, the son of John William and Alma (Throne) Mathews, was born on September 28, 1931 in Albert Lea. He was the third of seven children. In September of 1937, John was enrolled at the Minnesota School for the Deaf, and he graduated in 1950. After graduation, John began working for the Austin Daily Herald as a printer. It was during that time that his deaf co-worker, Sol Schwartzman, encouraged John to enroll at Gallaudet College. The encouragement to do so changed the trajectory of John's life. He graduated from Gallaudet College in 1958 with degrees in PE and teaching. He worked for the Ohio School for the Deaf from 1958 – 1961. Subsequently, a PE teacher/coach position opened up in Minnesota, so John returned to his alma mater Fall 1961. During this time, he courted his college sweetheart, Paula Ball, as she was teaching Home Economics at the South Dakota School for the Deaf. He won her heart, and they were married in June of 1962. From the union, three children were born. John taught PE and coached for a number of years, until he decided to move into the printing/graphic arts teacher position, so he could be home more with his young family. He and Paula were sponsors for MSD Class of 1975. John retired from MSD/MSAD in June of 1992. He will be remembered as #1 fan at MSAD and his grandchildren's sporting events. Eventually, he came to take over Maurice Potter's seat of honor in Lauritsen Gym. Throughout his life, John was very involved with the Deaf community. John was a founding member of the MSAD Alumni Association and helped established its Hall of Fame in 1992. He was one of several authors of MSAD Sesquicentennial History Book in 2013, and was inducted into the MSAD Alumni Hall of Fame at MSAD's 150th Anniversary Banquet that same year. John served as field agent for the National Fraternal Society of the Deaf, treasurer of Minnesota Association of Deaf Citizens, and served several terms as Minnesota delegate to National Association of the Deaf Convention. He was treasurer for the Miss Deaf America Pageant during Doug Bahl's term as pageant chairperson. He was also a founding member of the Minnesota Chapter of Gallaudet University Alumni Association, which was the first in the country. John also served as field representative for Harris Communication, assisting members of Faribault's Deaf community in getting important communication devices. In Faribault, he represented the Deaf community on the Faribault Emergency Response Committee, under Mike Monge's leadership. John and Paula were also charter members of Our Savior's Lutheran Church. John enjoyed golfing and participating in Midwest Deaf Golfers Association tournaments. John and Paula often traveled with various Deaf travel groups; they visited Belgium, Norway, Sweden, Germany, Egypt, and a few Caribbean cruises. He loved to put together puzzles and he framed nearly every single puzzle he ever completed! A favorite puzzle was the 2,000 piece jigsaw puzzle of Neuschwanstein Castle. He also enjoyed joining in a couple card clubs. Survivors include his daughters Deb (and Paul) Kasper of Faribault and Amy (and Jeff) Amundsen of Faribault; grandchildren, Brynn (and Kyle Statsman), Noah (and Faith), Emilee, all of Minneapolis, and Jack of Faribault; siblings, Ron of Albert Lea and Karen of Mamaroneck, NY. John was preceded in death by his parents; wife, Paula in 2016, stillborn son, Michael in 1967, and siblings, Carolyn, Richard, Sena and Sue. Visit boldtfuneralhome.com for information and guestbook. In lieu of flowers, donations can be made to John & Paula Mathews Memorial Scholarship fund, at MSAD 615 Olof Hanson Dive, Faribault MN 55021.