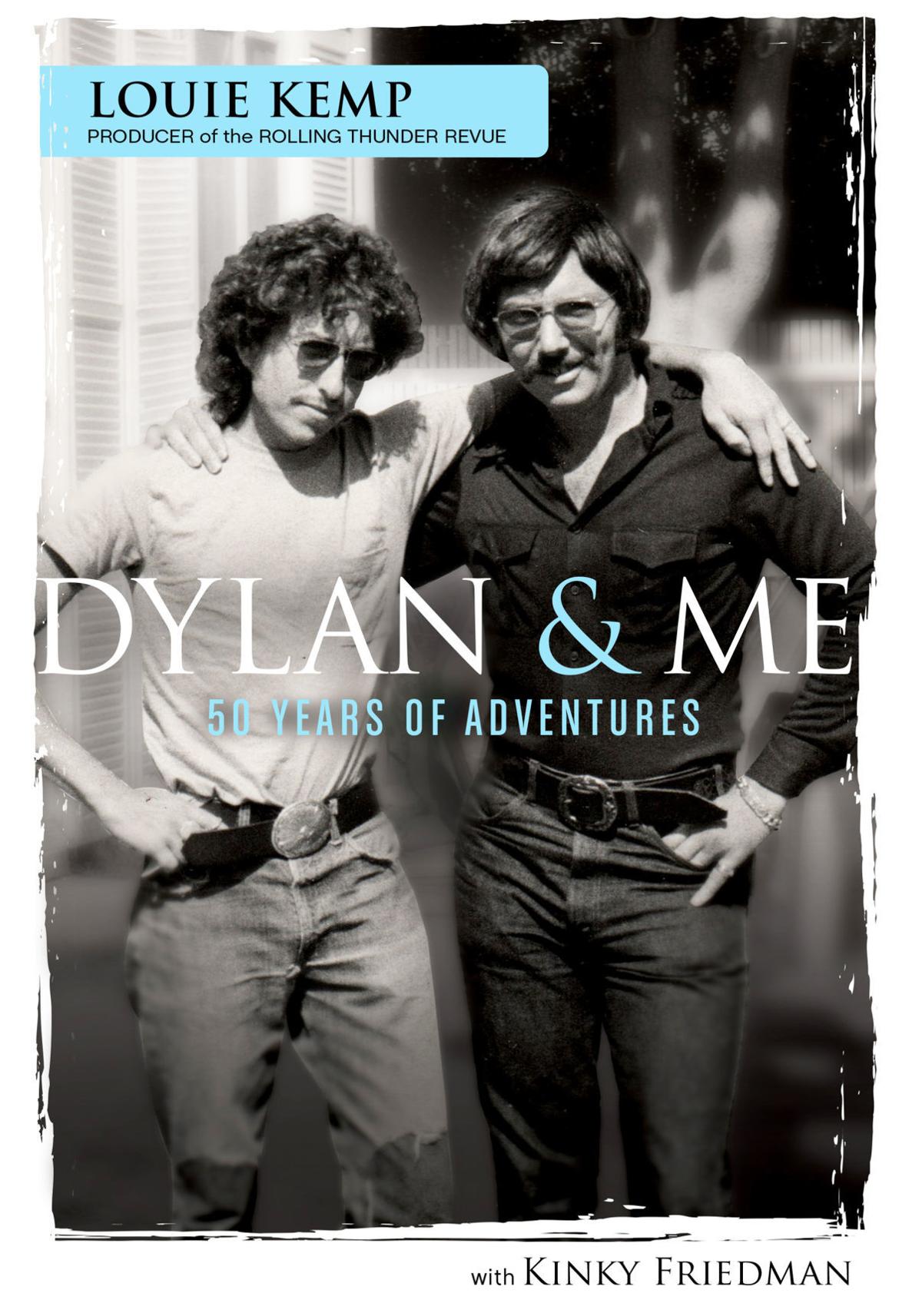 “Dylan and Me” full front cover 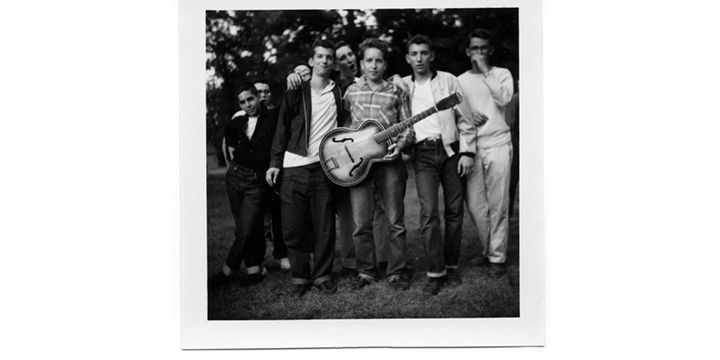 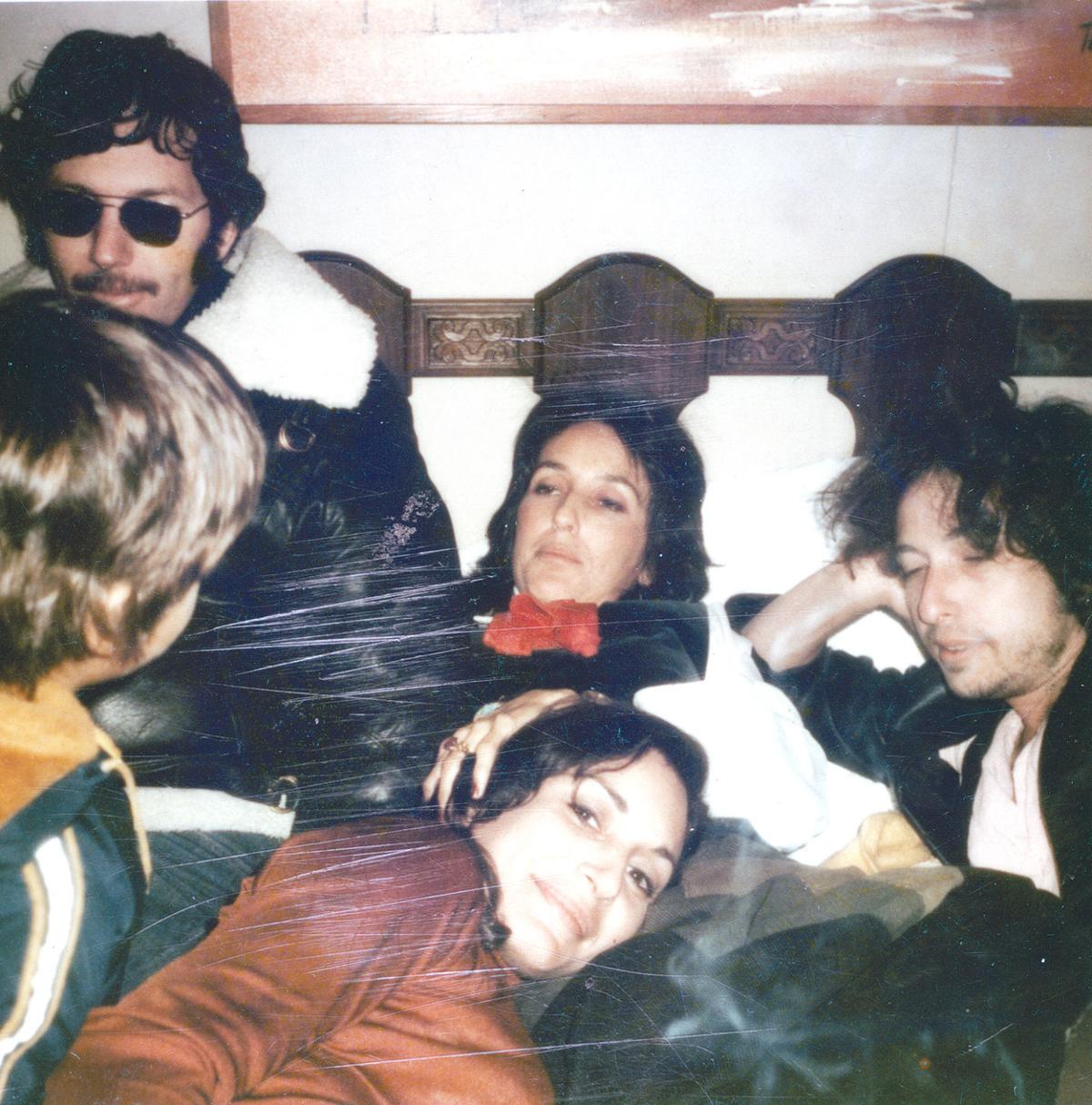 Little-known Dylan and Duluth story, as featured in Louie Kemp’s memoir: in the mid-1970s, a bunch of the characters from Rolling Thunder Revue holed up at the bungalows at Spirit Mountain. Kemp, left, Joan Baez and Bob Dylan were among the vacationers. (Photo courtesy of Louie Kemp)

“Dylan and Me” full front cover

Little-known Dylan and Duluth story, as featured in Louie Kemp’s memoir: in the mid-1970s, a bunch of the characters from Rolling Thunder Revue holed up at the bungalows at Spirit Mountain. Kemp, left, Joan Baez and Bob Dylan were among the vacationers. (Photo courtesy of Louie Kemp)

Among the lesser-known stories from the Dylan and Duluth mythology is the Rolling Thunder Revue group vacation, as Louie Kemp describes it in his memoir “Dylan and Me: 50 Years of Adventures.” Dylan and friends, fresh from the mid-1970s carnival-esque pop-up cross-continent small-venue road cruise, holed up at Spirit Mountain for a bit: Joan Baez, Roger McGuinn of the Byrds, promoter Barry Imhoff and more.

“We skied during the day and hung out in the chalet at night, frolicking, partying, dancing, singing and drinking,” Kemp writes in the self-published book. “Everyone seemed happy to extend our time together by a few more days.”

The story of a spontaneous shopping trip downtown to the Army-Navy store for winter-wear and a food fight starring Kemp and Baez at the Chinese Lantern is among the tales told in the 25-chapter book scheduled for mid-August release.

Kemp, 77, of Kemp Seafood fame, met the former Bobby Zimmerman at Herzl Camp in Northern Wisconsin in the late 1950s. The former was a boxing enthusiast from Duluth; the latter, a 12-year-old Hibbing kid with a guitar and rock ‘n’ roll dreams. Together, with friend Larry Kegan, the three were “every counselor’s worst nightmare,” Kemp writes, backing it with a wild anecdote or two.

“Dylan & Me” is Kemp’s recollection of decades-worth of friend-row seats to the life of one of music’s most mysterious characters.

One of Kemp’s early Dylan memories is a shaving-cream attack on an enemy cabin turned grand theft auto turned face-to-face with an angry rabbi. Among the last, as recorded in the memoir, is the story of calling Dylan to tell him that Kegan, their mutual friend, had died incidentally on Sept. 11, 2001.

Kegan, who occasionally was pulled on stage with Dylan, had a heart attack while on his way to the record store to purchase Dylan’s “Love and Theft.” Dylan tells Kemp that he will return home to mourn his friend privately, according to Kemp.

The crux of the book is set in the 1970s and ‘80s, when Dylan was running with an ever-changing lineup of artists, such as members of The Band, Allen Ginsberg, Joni Mitchell, Sam Shepard. Kemp, who had taken over the family fish business by then — but could do so from phone booths and hotel rooms on the road — was along for some of the mayhem.

In addition to producing the Rolling Thunder Revue, Kemp plays an intermediary-slash-muscle, the guy who rearranges a legal situation or finagles funding for a tour from Columbia Records. When a rabbi asks Dylan to perform a song at a Seder, Kemp braces himself to be the one to tell the rabbi no. (Never mind, Dylan plays).

It’s not all Dylan-Dylan-Dylan. Kemp writes about his early years of boxing, the growth of his business, living in Robert Congdon’s home, a friendship with Baez, and being mostly straight-edge in a world where Dylan, after a night of drinking, tries to escape with the tour vehicle a night before the tour.

Kemp has stories and connections of his own, including a family friendship with the Brandos. He once invited Marlon to a Seder, and the actor’s son Christian was employed by Kemp Seafood, first in Alaska, then based in Duluth.

When it starts to feel like some are too detailed, too fanciful — the transfer of power between Buddy Holly and Bob Dylan during the Winter Dance Party Tour stop at the Duluth Armory, for instance — one might stumble on something that backs Kemp’s recollection.

A blurb on the website Perfect Duluth Day from a now-deleted interview from music mag No Depression includes Roger McGuinn talking about skiing with Dylan during the Rolling Thunder Revue’s break. Destination: probably that Spirit Mountain visit.

“He’s fast,” McGuinn told the magazine. “I was a beginning skier on the intermediate slope going down cautiously. I look to my right and Bob goes vroom right past me.”

‘You have to write a book’

This book has been a yeah-yeah-yeah for years. People always want to hear a Dylan story, Kemp said, so he has been known to share them at lunch and dinner parties.

“People would always say, ‘You have to write a book. These stories are so amazing,’” Kemp said. “I’d automatically say, ‘Yeah. Someday I’ll write a book.’”

He wasn’t necessarily serious about it until recent years, when he began to wonder how long his very detailed memory would last.

“If I was going to do it, I better do it now,” he said. “Somebody told me that you can’t write up in heaven. You can’t send pages down.”

For most of it, Kemp relied on his memory — which he credits genes for keeping sharp. A couple of the story’s main players, including violinist Scarlet Rivera, provide chunks of recollection.

Kemp said he started with the chapter titles, then filled in the stories using his right thumb to type it into Notes on his iPhone. He wrote the whole book like that.

“(My thumb) is stronger than ever,” Kemp said. “You don’t want to thumb wrestle me right now.”

Name in the news

Kemp doesn’t call it luck that his book is coming out soon after the release of Martin Scorsese’s Netflix documentary “Rolling Thunder Revue,” a fact-meets-believable fiction piece that includes old tour footage alongside completely made up interviews.

Sharon Stone, who tells an elaborate story of meeting Dylan, for instance, was not on the tour.

“I would have remembered her,” Kemp said.

This book release so soon after the doc buzz is the work of a higher power.

Because of the documentary, the author’s name has been popping up in the national news, including a Time magazine story, which cited Kemp as a source in a true-or-false look at the movie.

It has been a few years since Kemp has seen Dylan, he said, and he admitted that he misses his old friend. (The musician was sent a copy of the book.) Kemp hasn’t seen him in concert for a while, either. But he has a good feeling every time he does.

“He hasn’t changed from when we were at camp,” Kemp said. “He has those same values. When he’s on stage, he comes out and performs. He doesn’t say a word to the audience. The words of his songs, that’s how he communicates.”