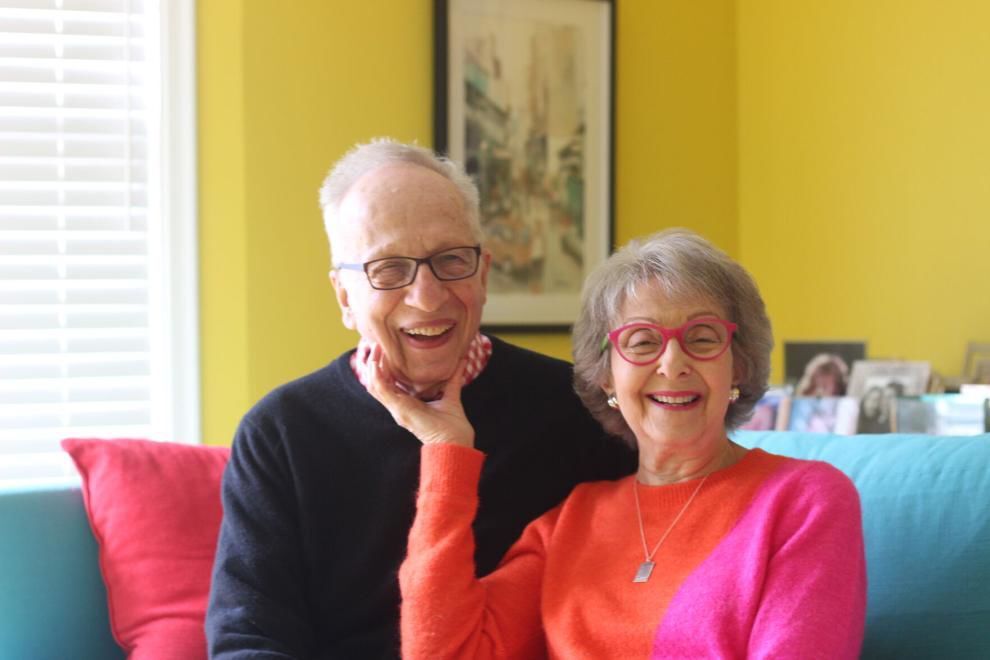 Edina residents Harmony and Joel Kaplan riff on classic songs to create parody versions that speak about the COVID-19 pandemic. In videos featuring these songs, which have gone viral on TikTok and have garnered national attention from celebrities like Katie Couric, the pair advises people to stay home, wash their hands and wear a mask. (Sun Current staff photo by Caitlin Anderson) 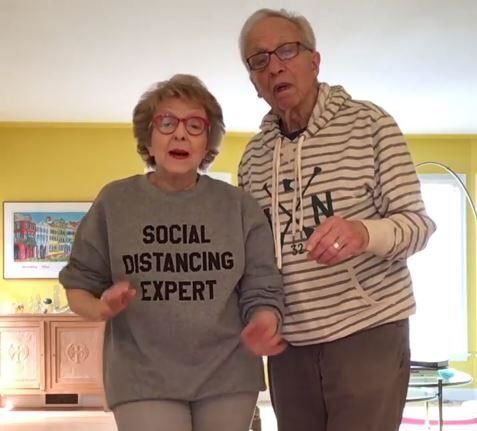 Edina residents Harmony and Joel Kaplan riff on classic songs to create parody versions that speak about the COVID-19 pandemic. In videos featuring these songs, which have gone viral on TikTok and have garnered national attention from celebrities like Katie Couric, the pair advises people to stay home, wash their hands and wear a mask. (Sun Current staff photo by Caitlin Anderson)

It’s no wonder Harmony Kaplan and her husband Joel began writing and singing parody songs about the COVID-19 pandemic a little more than a year ago.

The two Edina residents, who have been married for 50 years, were already gifted with creative tendencies. Harmony, who has been singing since she was young, and Joel, who is an avid watercolor painter, live in a house filled with bright colors and a lively atmosphere.

Then, once the virus forced many Minnesotans to stay at home, the Kaplans found their own way of keeping busy while also utilizing their imaginative minds.

Harmony, who first posted the parodies to her Instagram and Facebook, did not expect the songs to reach beyond her own friends and family. But at the suggestion and with the help of their grandson, the pair began posting their videos on TikTok – and soon, went viral.

“It’s been fun,” Joel said. “It’s been rewarding for us to know that we’re in some ways making people happy.”

The Kaplans, or the ‘distancing duo,’ as they call themselves on TikTok, have continued making the videos, even with both having received their two doses of the COVID-19 vaccine. The parodies include classic songs like “Two Sleepy People” or “Let’s Do It (Let’s Fall in Love),” with the Kaplans adding in their own words about the pandemic.

Some of the lyrics shine light on the loneliness that people can feel with staying at home and not seeing loved ones, some talk about remembering the silver lining in everything and others mention just being out of chips and beer. At the end of nearly every video, the pair gives a message to remind people to wash their hands, stay home and wear a mask. And some of the most recent videos recommend that people go get the vaccine, too.

Harmony said she didn’t intend for the videos – or pandemic – to go on as long as they did but she was going to keep making the videos until she ran out of ideas.

Now, with more than 50 videos, 30,000 followers and 330,000 total likes on their Tik Tok account, @fabgrandma4, the Kaplans’ videos have also captured the attention of Katie Couric, Gov. Tim Walz and U.S. Sen. Amy Klobuchar on Twitter. “That was unexpected,” Harmony said.

“It makes you feel good to realize (that) in maybe some small way you’re helping people through this time,” she added.

Harmony said rehearsing and getting each video just right can take a couple of hours. Joel supports her in the videos, and is a “good sport” despite complaining at times, she laughed.

The two met while working at a Dayton’s department store. They’ve lived in Edina since 1970. Joel worked for 31 years as a director for trend and product development in home furnishings at Dayton’s. Before diving into the world of social media, Harmony appeared on radio. She hosts the show “Shop Girls” with her daughter Ali Kaplan on myTalk 107.1.

The couple has one daughter and one son, and a total of four grandchildren. Many of the songs they use are ones they sang to their own kids when they were little, Harmony said.

She added that the songs used just pop into her head, and then she “(rearranges) things to fit the circumstance.”

Not being able to be with family, Harmony said, is the hardest part of the pandemic.

But since receiving their second dose of the vaccine mid-February, the pair has been able to see their own grandchildren for the first time in a year – not through a glass window or from a distance, Harmony said. And since that welcome change, they’ve created two more parody songs featuring their grandchildren.

Harmony said she and Joel have received more feedback than they ever expected.

“When we started doing (the videos),” she said, “I don’t think that we, in any way, were realizing that it was going to have an impact on people.”

Copyright ©2020 at Sun Newspapers/APG Media of East Central Minnesota. Digital dissemination of this content without prior written consent is a violation of federal law and may be subject to legal action.