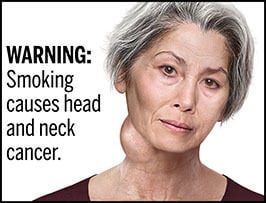 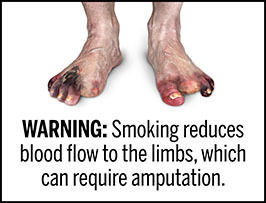 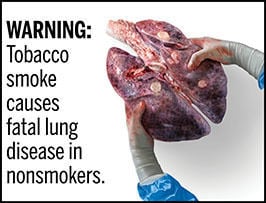 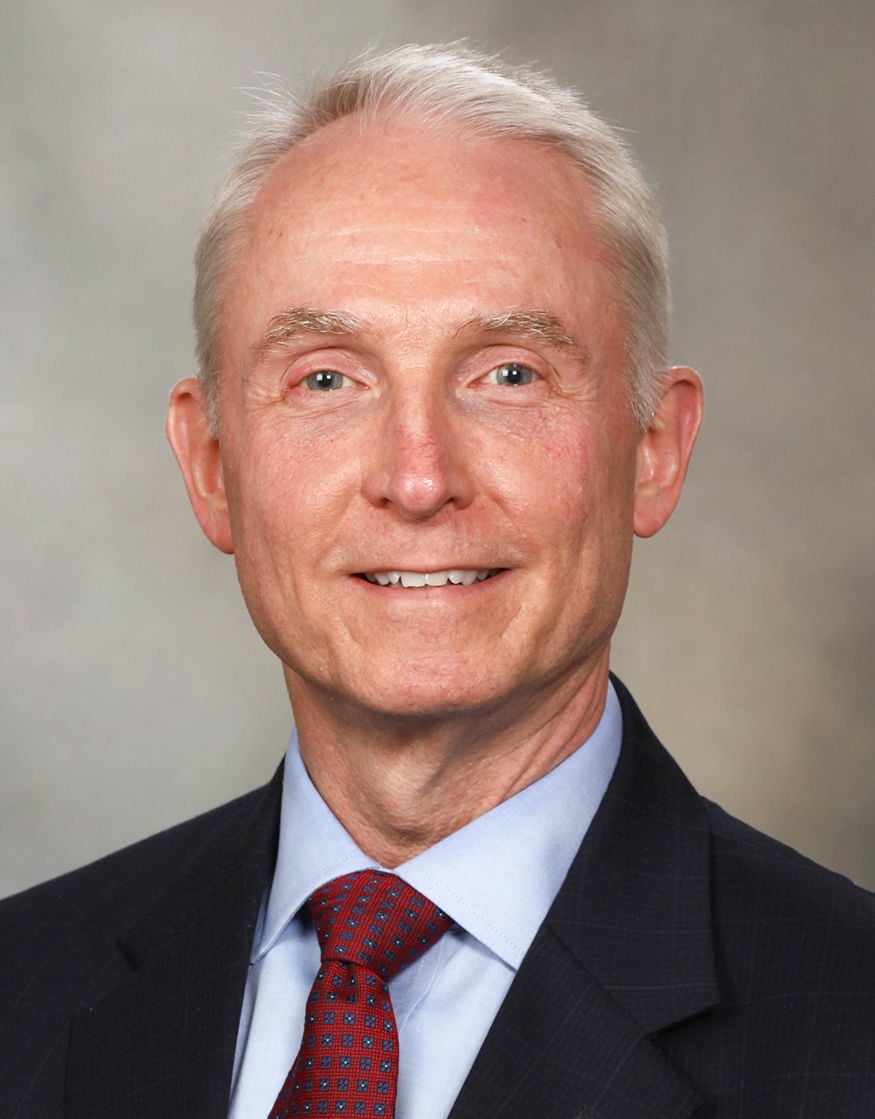 ROCHESTER — Cigarette packaging may soon test the notion we are a society which cannot be shocked.

In response to court orders issued last spring, the FDA on Thursday, Aug. 15, released 13 graphic images of tobacco-induced illness it proposes to require on all cigarette packaging and advertising beginning in March of 2020.

The mandate would fulfill an obligation of the Tobacco Control Act of 2009, a requirement the FDA had not pursued following challenges in court by manufacturers of tobacco products who argued against graphic labeling.

It’s easy to see why. The images, which would be mandated to take up at least 50% of both sides of every cigarette package, are the antithesis of marketing, seemingly designed to repel customers at a visceral level of revulsion. They include images that wouldn’t be out of place in pathology textbooks, including jarring shots of diseased feet, blackened lungs and even a bottled sample of red urine.

One of the proposed warnings shows a woman with a tumor protruding from her neck. Another shows a frail-looking child with bruising around the eyes and an oxygen mask. A man reveals a twelve inch surgical scar next to text warning of heart disease. Another model destined for cigarette racks, coffee tables and the bottoms of purses glares into the camera with a breathing tube connected to an oxygen canister.

The least jarring of these images proposed to dissuade American smokers is potentially the most effective of all. Next to copy suggesting smoking can cause erectile dysfunction, a male model with a wedding ring sits looking forlorn at the foot of a bed as his wife gazes into the distance.

“I think it’s a good thing,” says Dr. J. Taylor Hays, Director of the Nicotine Dependence Center at Mayo Clinic. “The warnings we’ve had up until now, the Surgeon General’s warning, it is just small text on the side of the package. They don’t take up much of the package real estate, and they’re very easy to ignore. So I think its a good move if we are going to have labeling that actually conveys the true risk of smoking.”

The images were released to signal the start of a mandatory period for public comment, one that is sure to gain the participation of tobacco companies prior to its expiration on October 15. When that concludes, the FDA will make a final decision on whether to use the images in time for a court-ordered deadline to formalize packaging changes by March 2020.

America is late to making the change. Mandatory gory images have become a staple of cigarette packages in countries across the globe dating back nearly two decades, including unsettling images of gangrenous feet, blackened gums and tumorous tongues. In 2009, the World Health Organization endorsed their effectiveness and listed 28 countries requiring picture warnings, including countries in Southeast Asia, the Middle East, South America, Africa, as well as Canada, the United Kingdom, New Zealand, Australia and Switzerland.

A meta-analysis of 37 studies which was published in the journal Tobacco Control found that, relative to text warnings, pictorial warnings held viewers’ attention longer, garnered stronger emotional reactions and “more effectively increased intentions to not start smoking and to quit smoking.” Some research found the images have the potential to backfire, causing viewers to reject their freedom to make choices without intimation. In Australia, one manufacturer attempted to give away free covers to hide the warnings, until it ran afoul of the law.

The sale of cigarettes in the face of such images raises another question, how can people still buy them?

It’s an indication of how addicting the substance is,” says Hays, “that people could acknowledge this might cause serious harm to my health, or take my life, and I still want it. ... Denial is a very strong defense when people are in the midst of an addiction. When someone is addicted to a substance, especially something as powerful as nicotine delivered by tobacco cigarettes, really the only choice they can make is to continue to use. It’s too uncomfortable not to use. The withdrawal symptoms are uncomfortable, and when you start feeling bad from withdrawal you can get rid of it in ten seconds by taking a drag on a cigarette. That’s really powerful reinforcement for a user.”

Nonetheless, Hays believes the images will be effective in ending the abstraction of tobacco-induced illness.

“It probably feels like an abstract concept to talk about quote-unquote heart disease, but if you show a picture of a vessel clogged with this cheesy-looking, mayonnaise-looking stuff that is arterial sclerosis, or you see a lung that is eaten up with emphysema, it’s not an abstract concept anymore.”