The Faribault Police Department released a sketch of a suspect in a recent spate of exposure complaints over the last month. 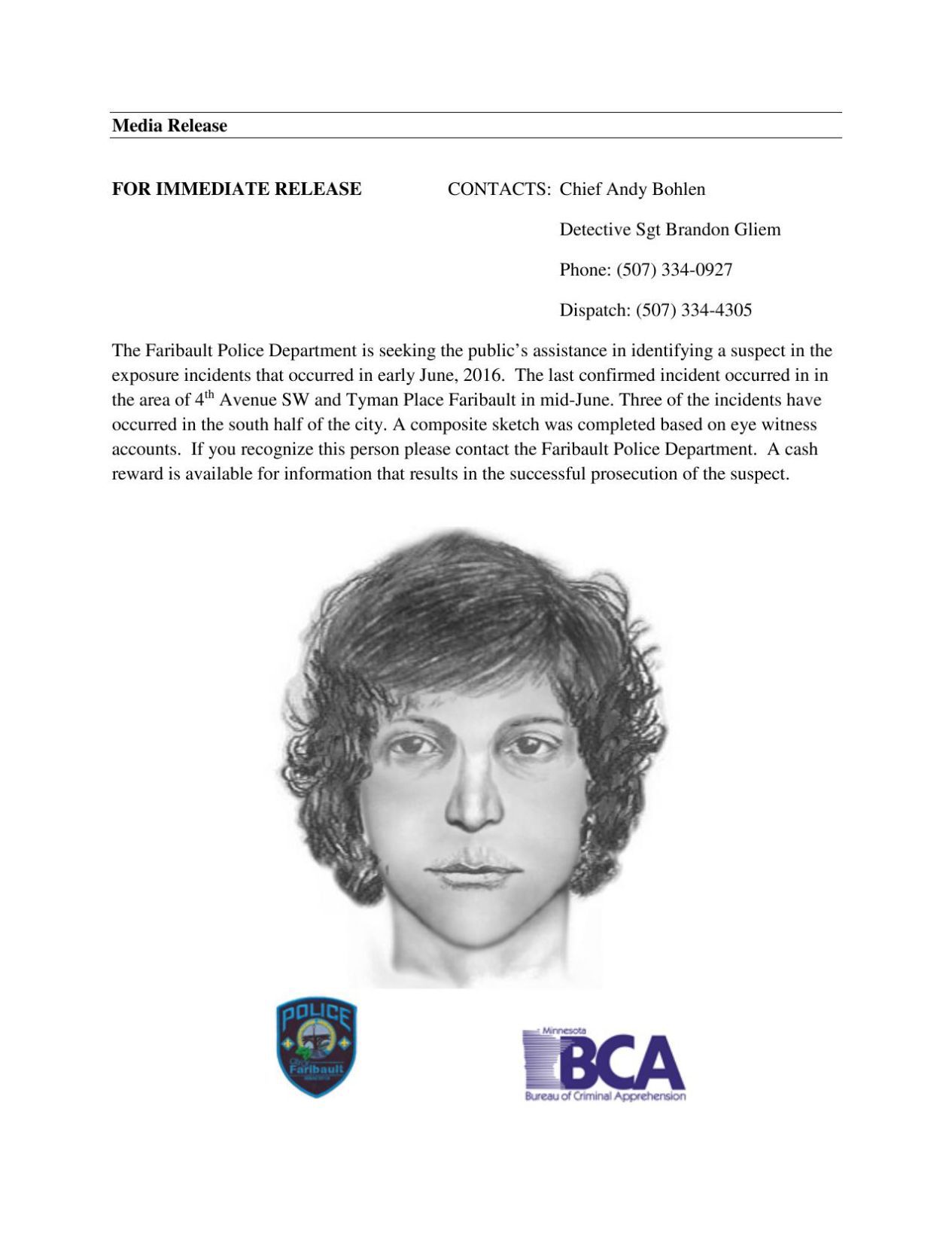 According to the release issued on Friday, the last confirmed incident occurred in the area of Fourth Avenue Southwest and Tyman Place in Faribault in mid-June. Three of the incidents have occurred in the southern half of the city.

The suspect was described as a Caucasian male, 20-25 years old, with a full head of hair and a thin build, according to a release posted to the department’s Facebook page in June.

Detectives also conducted surveillance and set up cameras in public areas in an attempt to resolve the issue.

According to Gliem, the actions of the individual would be a misdemeanor or gross misdemeanor for indecent exposure.

Police are seeking the public’s assistance in identifying the suspect and if anyone has any information, they are urged to contact Gliem with the Faribault Police Department at 507-334-0927. A cash reward is available for information that results in the successful prosecution of the suspect.

Daniel covers Faribault government, business and public safety. Reach him at 507-333-3128 or on Twitter @FDNDaniel. Associate Editor Brad Phenow contributed to this report.