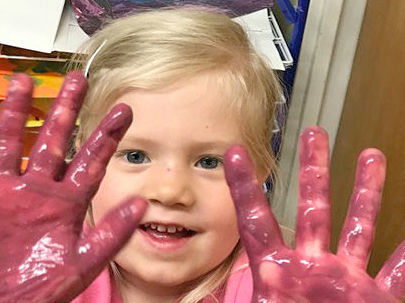 The Faribault and Northfield superintendents agree with DFL members of the Minnesota House that more early childhood funding would reduce the state’s achievement gap between white student and students of color. Minnesota has one of the largest gaps in the nation. (Photo courtesy of Faribault Public Schools)

With the state running a projected budget surplus of more than $1 billion, Minnesota’s DFL-controlled House has said it would like to see a significant chunk of those funds invested in early childhood education.

While not everybody is on board, Faribault Schools Superintendent Todd Sesker, Northfield Superintendent Matt Hillmann and other local leaders say that investment could provide a boon in terms of reducing the state’s significant achievement gaps. The gaps are some of the worst in the nation, according to an October 2019 report from the Federal Reserve’s Minneapolis branch. Those gaps exist even as Minnesota does well overall in key metrics like test scores and graduation rates.

“Any investment in early learning is a proven investment for communities,” Hillman said. “The data shows that when kids have a high quality preschool experience, they have a better chance to be successful.”

The Fed’s report found that the disparities cut not only along racial lines, but along socioeconomic status as well. Though there’s no significant gap between rural districts and urban districts, huge gaps exist within the two groups.

In the wake of the report, Neel Kashkari, the Minneapolis Branch of the Federal Reserve, has joined with former Minnesota Supreme Court Justice Alan Page to push for an amendment to the state’s Constitution that would guarantee the right to a quality public education. The amendment would mark the first significant update to the state constitution’s section on education since it was ratified in 1857. Under the amendment, parents would be able to sue the state if they felt their children were being deprived of a quality education.

Getting the proposed amendment on the ballot would require majority support from the House and Senate, but legislative leaders haven’t yet thrown their support behind the idea. Education Minnesota, the state’s largest teachers union, has come out in opposition.

Education Minnesota has raised concerns that by requiring parents to sue for better education, the proposal could make education more unequal, not less. They also fear it could be used to promote school vouchers, as opposed to investment in public education.

House Speaker Melissa Hortman has proposed one-time funding of about $500 million to be used in several ways: $190 million would go toward boosting early learning scholarships, enabling students from families in need to attend ECE programming.

DFLers say that portion of the bill alone would enable around 25,000 more Minnesota children to attend ECE programming. Sesker said that with current aid, as many as one in five Faribault students may not have the option of attending ECE programming.

Hortman’s proposal would also shepherd another $190 million to the state’s Child Care Assistance Program to help low-income families pay for childcare. The state is struggling with a several childcare shortage that is hampering growth, particularly in greater Minnesota.

Even if a childcare provider can be found, cost is a massive barrier. According to a recent report from the Economic Policy Institute, the average cost of infant care in Minnesota is more than $1,300 per month, 30 percent more than the average rent.

An 'investment in communities'

Both Sesker and Northfield's Matt Hillmann said that they’ve worked to expand early childhood education offerings in recent years and want to continue to do so. Hillman noted that the old Greenvale Park Elementary School building will be used in part for ECE programs.

Sesker and Hillman both raised concerns that temporary funding for the programs, paid for by the surplus might be inadequate. No permanent funding has been proposed, although Hortman and other legislative leaders have said they’d like to see program funding continue.

“We think the most important thing is to get kids off to the right start,” Hortman said. “And in order to close the ‘opportunity gap,’ we have to look at those littlest learners.”

While they both welcomed the additional investment in ECE, Hillman and Sesker both said they hope the legislature looks in a few other key areas as well. Hillman said that an increase to the per-pupil formula is needed, as the current formula doesn’t keep up with inflation.

Another key issue is Special Ed funding. The legislature boosted special ed funding last year as part of a significant investment plan, but only to keep up with inflation. Districts still struggle with special ed costs that dwarf aid from federal and state governments, according to Sesker.

“We want to provide high quality special ed programming, but unfortunately the amount of revenue we get for it doesn’t cover expenses,” Sesker said. “As a result we have to take money out of the general fund to pay those costs. Any additional funding would help us with all of our programs.”

Both Northfield and Faribault Public schools are looking at significant budget cuts in 2020-21 to make up for the shortfall in special ed funding from the state.

Republicans, who control the Minnesota Senate, have prioritized tax relief, showcasing a proposal to exempt Social Security payments from taxation. While they haven’t voice outright opposition to additional investments, they’ve been critical of the DFL’s proposal overall.

“The DFL proposal is very expensive,” said Sen. John Jasinski, R-Faribault. “They’re taking more of a blanket approach, but to close the achievement gap, we need to target the kids who need it most.”

Sen. Carla Nelson, who leads the Senate Education Finance and Policy Committee, agreed that investment would be an appropriate use of the surplus. However, the Rochester Republican stipulated that she’d like to see the money spent on children closer to kindergarten.

"One-time money should be spent on something like early learning scholarships because they yield long-term results,” she said. “And I also believe that it needs to be focused on those 4-year-olds. So there's a lot of agreement, but there's also a difference in how this should be implemented."

'Any investment in early learning is a proven investment for communities. The data shows that when kids have a high quality preschool experience, they have a better chance to be successful.