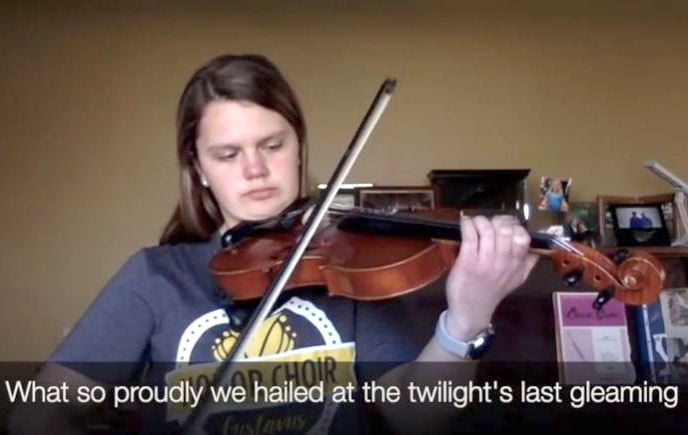 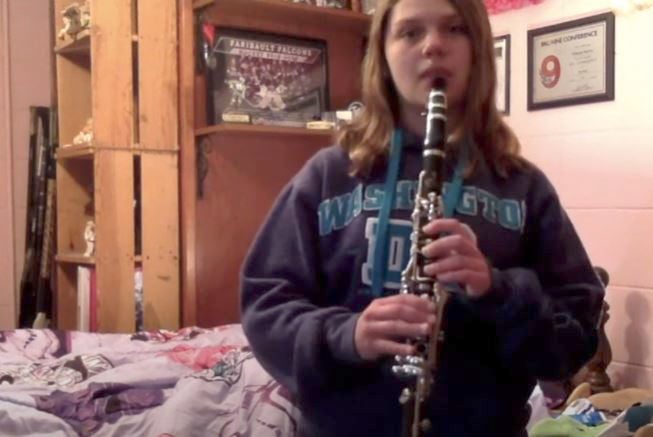 For Tom and Janet Woody, seeing their neighbor’s dog, Wriggly, is the highlight of their day during the coronavirus pandemic.

At a time when their senior living facility in Faribault is on lockdown, the Woodys and other seniors have dealt with a fair share of disappointments and stressors the past few months. It’s the little things for them and others in similar conditions, that boost their mood.

“That little dog is really a blessing,” said Janet. “He’s so tickled to see you, and I keep treats for him. He has a lot of personality. He has a lot of places he goes to. That’s a bright spot in the day, when they come by.”

According to a poll by the Kaiser Family Foundation, older adults are actually less likely than adults 18 to 64 to experience mental health issues as a result of worry and stress related to the coronavirus pandemic. But loneliness and bereavement, which may have existed prior to the pandemic, do impact the older populations significantly. In 2018, nearly 14% of older adults reported frequent feelings of depression and nearly 23% said they felt worried, nervous or anxious often.

Janet and Tom have been together over 70 years, and while they enjoy each others’ company, they haven’t been able to see their daughter in person, even if she brings them groceries. Their son, who lives in Arizona, drove to Faribault to surprise them but was denied access to the building.

“That was really upsetting to have our son come up here from Arizona and not see us,” said Janet. “It had been over a year since we’d seen him.”

Activities are also limited due to social distancing guidelines. Janet said they can go outside on the patio, but they need to stay 6 feet apart from one another. Inside, she said there isn’t a communal space where residents can gather.

Tom said a service nurse checks on them, and they feel well cared for at Faribault Senior Living. Their neighbors are kind, and he and Janet pass the time watching movies. But they will be glad when the lockdown is lifted.

At Milestone Senior Living, Life Enrichment Coordinator Anne Pleskonko said one of the highlights during the lockdown is for residents to watch the construction of a new park across the street. Pleskonko said she even thanked the construction workers for their “program” with donuts one day and explained they had an audience of about 19 watching them every day.

“We appreciate anything anyone does,” said Pleskonko. “I know every nursing home and assisted living place would be really appreciative of anyone reaching out, sharing a piece of music or a trip they took.”

Mikayla Bohner, a recently Bethlehem Academy graduate, often visited residents as part of her school’s service learning class. But after the facility shut down March 12 to keep residents and community members safe during the early part of the coronavirus pandemic, she wanted to find a way to touch residents’ hearts with music.

Pleskonko sent Bohner a list of songs the residents enjoyed. In no time at all, Bohner reached out to Pleskonko to announce she was nearly finished with a video featuring her playing the songs.

“When she sent it, I was just so impressed and really appreciative that she would take the time, and share it both in memory care and the apartments,” said Pleskonko. “… [The residents] have been just in awe that this young gal would want to do that.”

Bohner’s video is a half-hour compilation of selections she performed on the violin and clarinet. Her brother, Joshua, is featured in a few of the songs playing trombone. For some of the numbers, Bohner even included lyrics on the screen so residents could sing along.

Pleskonko said seniors were so appreciative of Bohner’s video that some of them wrote individual thank-you cards. At a time when entertainment is hard to come by, she welcomes others to write letters, send cards or pictures to the residents or call them on the phone.

“This has been a real challenge for all of us, and at the same time a blessing to see all the good that comes out,” said Pleskonko.