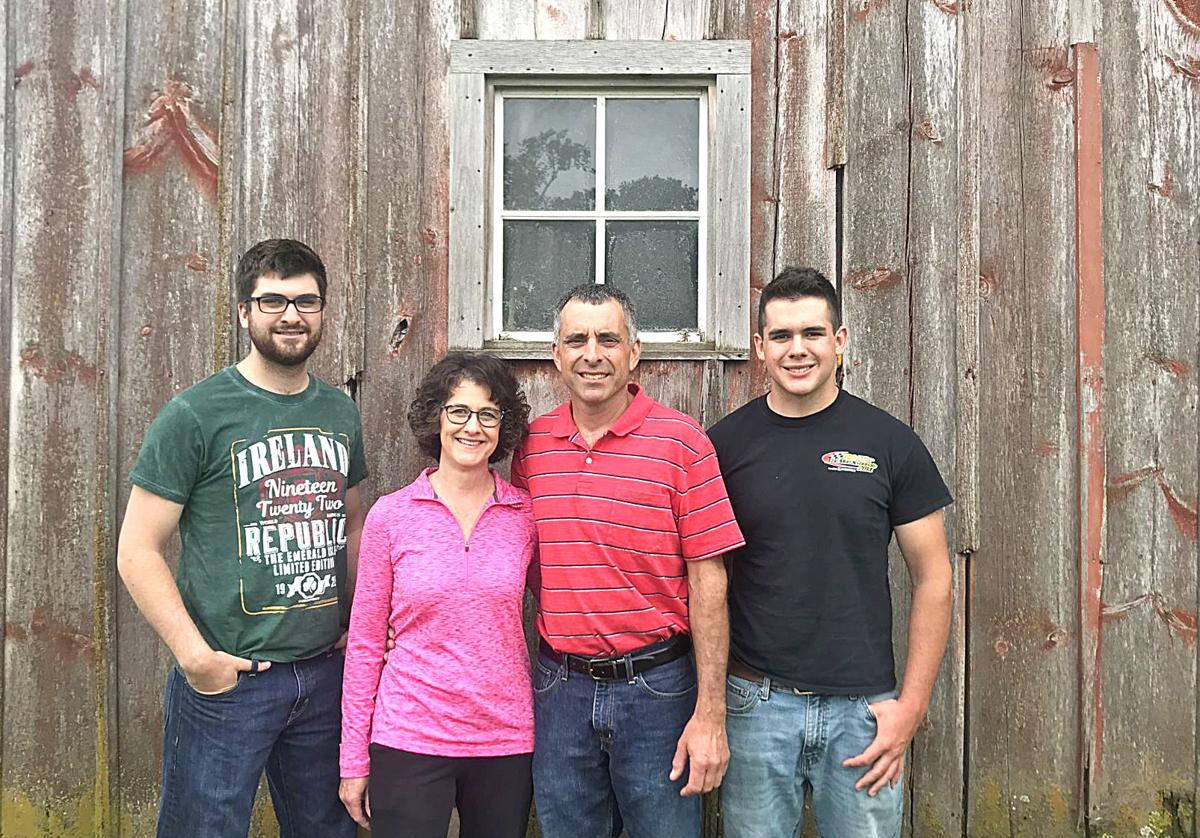 Faribault area farmers, the LaCanne family, from left, Nick, Lisa, Jeff and Alec, was recognized as Rice County’s 2019 Farm Family of the Year for their commitment to the community and agricultural enhancement. (Photo courtesy of Claire LaCanne) 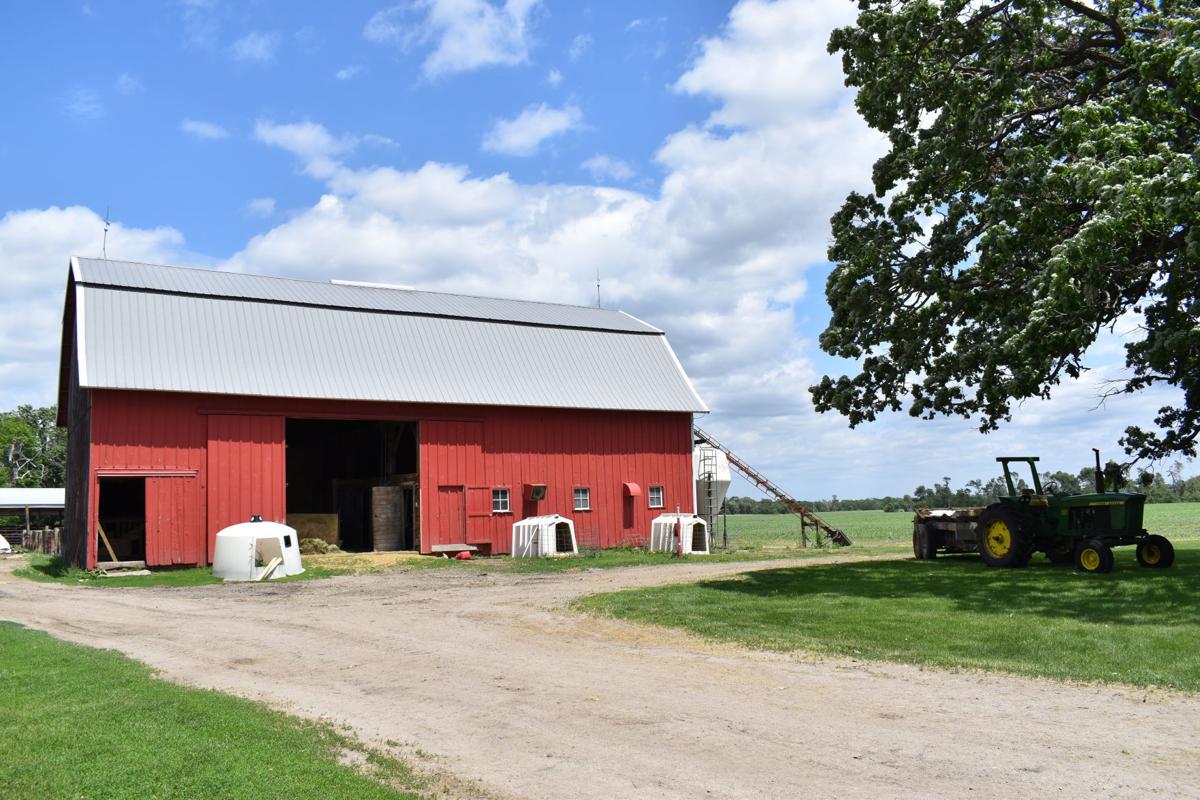 Aside from rescuing barns from fires and helping pull people from grain bins, Jeff LaCanne, along with his family, have been farming in Faribault since 1990. (Renata Erickson/Faribault Daily News) 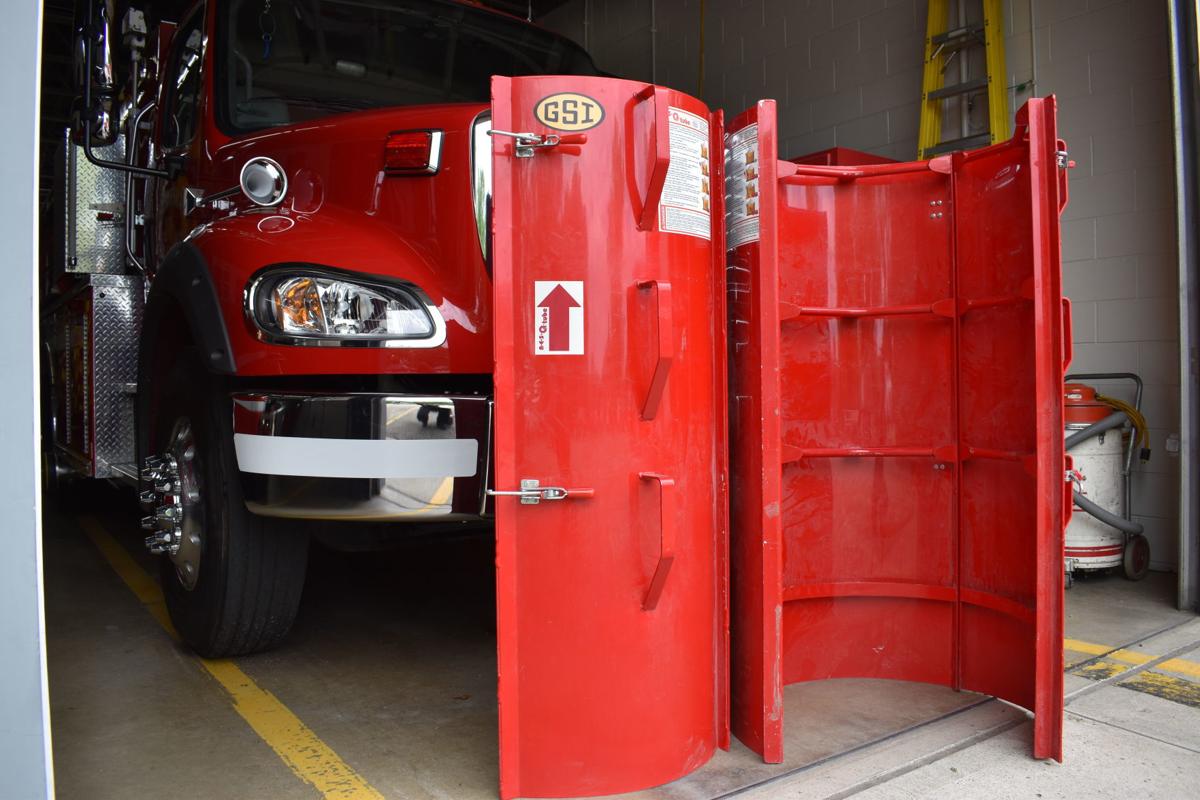 Faribault area farmers, the LaCanne family, from left, Nick, Lisa, Jeff and Alec, was recognized as Rice County’s 2019 Farm Family of the Year for their commitment to the community and agricultural enhancement. (Photo courtesy of Claire LaCanne)

Aside from rescuing barns from fires and helping pull people from grain bins, Jeff LaCanne, along with his family, have been farming in Faribault since 1990. (Renata Erickson/Faribault Daily News)

From putting out barn fires to assisting with grain bin rescues, Jeff LaCanne is actively involved in keeping area residents safe. Now he and his family are being recognized for their contribution to enhancing agricultural practices.

Each year, county extension committees at the University of Minnesota select one family from their county to be recognized for their commitment to enhancing and supporting agriculture and agricultural production.

This year, the LaCanne family — Jeff and his wife, Lisa, was selected to be Rice County’s 2019 Farm Family of the Year.

For the past 30 years, Jeff has been a fire fighter and EMT with the Faribault Fire Department. He has helped save two barns from fires — a difficult feat as straw smolders and moves the fire quickly — and helped rescued multiple people from grain bins, including a young man who was stuck in a grain bin at a neighbor’s farm in the summer 2018.

If a person becomes waist deep in grain, not only can they experience hypothermia, but because the grain is so compact, their diaphragm can’t go down, their lungs can’t fill with air and they can suffocate. Jeff said if a person is only a foot deep in grain, extracting them from the bin can be nearly impossible.

In the early 1990’s Jeff helped establish the farm rescue training program and is still part of its development. He also helped secure funds for farm rescue equipment including the grain rescue tube. The tube is composed of three parts that snap together around the person in the grain bin. A miniature auger is placed through the tube to remove the grain below the person so they can be rescued.

“If I can save one kid, all of the time and effort is worth it,” Jeff said. “No one wants the sheriff’s department knocking at their door to say ‘sorry.’ Life is about second chances. Unfortunately not everyone gets them.”

Aside from rescues, Jeff has also been farming with his family since 1986. The LaCannes purchased their home farm near Faribault in 1990, cultivating corn and soybeans as well as raising a few beef steers on their 120 acres.

They now run about 1,000 crop acres and have a 50 head cow-calf operation with a finishing lot. Striving to practice conservation, the LaCannes have recently begun grazing the cattle on corn stubble, leaving plenty of residue. They have also been implementing rotational grazing with the cattle and have plans to graze the herd on cover crops this year. For a time, they had a wind generator, but it blew down in an ice storm.

With the heavy rain this season, the LaCannes are also trying the technique of planting turnips between rows to hold the soil.

Rain hasn’t been the only disruption to the LaCanne farm. The tornadoes in fall 2018 hit their farm as they did many farms. With 22 semi-loads of trees moved so far and all of their grain bins torn down plus two livestock sheds lost, there was a lot to fix. One of the bins lost its top in the winds. Jeff described it as a 30 foot frisbee flying about the farm. He said they were lucky that it didn’t damage the house.

These days, the LaCannes are back at work, striving to improve agriculture practices. And it’s become a family effort.

Lisa LaCanne manages the business side, including record keeping and accounting, and is in charge of the young stock, while Jeff is the primary crops and livestock producer. Their sons, Nick and Alec LaCanne are also involved — planting and harvesting crops and helping with livestock. Nick is pursuing an agricultural career as a farm diesel mechanic and Alec is working toward a degree in agricultural production at South Central College.

Jeff has served on the Wells Township board for over 15 years and is currently the chairperson. He also served as a board member for a local insurance company for 10 years. Jeff and Lisa are also active members of their church.

“It’s nice to be recognized with fellow farmers who have been recognized,” Jeff said. “It puts us in a group that’s trying to move agriculture forward especially in these trying economic times and challenges in weather. Farmers are disgustingly optimistic though, we always believe the next year is always going to be better.”

The LaCannes will be honored locally at the Best of the Best Breakfast ceremony on Wednesday, July 17 at the Rice County Fair.

'If I can save one kid, all of the time and effort is worth it,” Jeff said. “No one wants the sheriff's department knocking at their door to say 'sorry.' Life is about second chances. Unfortunately not everyone gets them.'