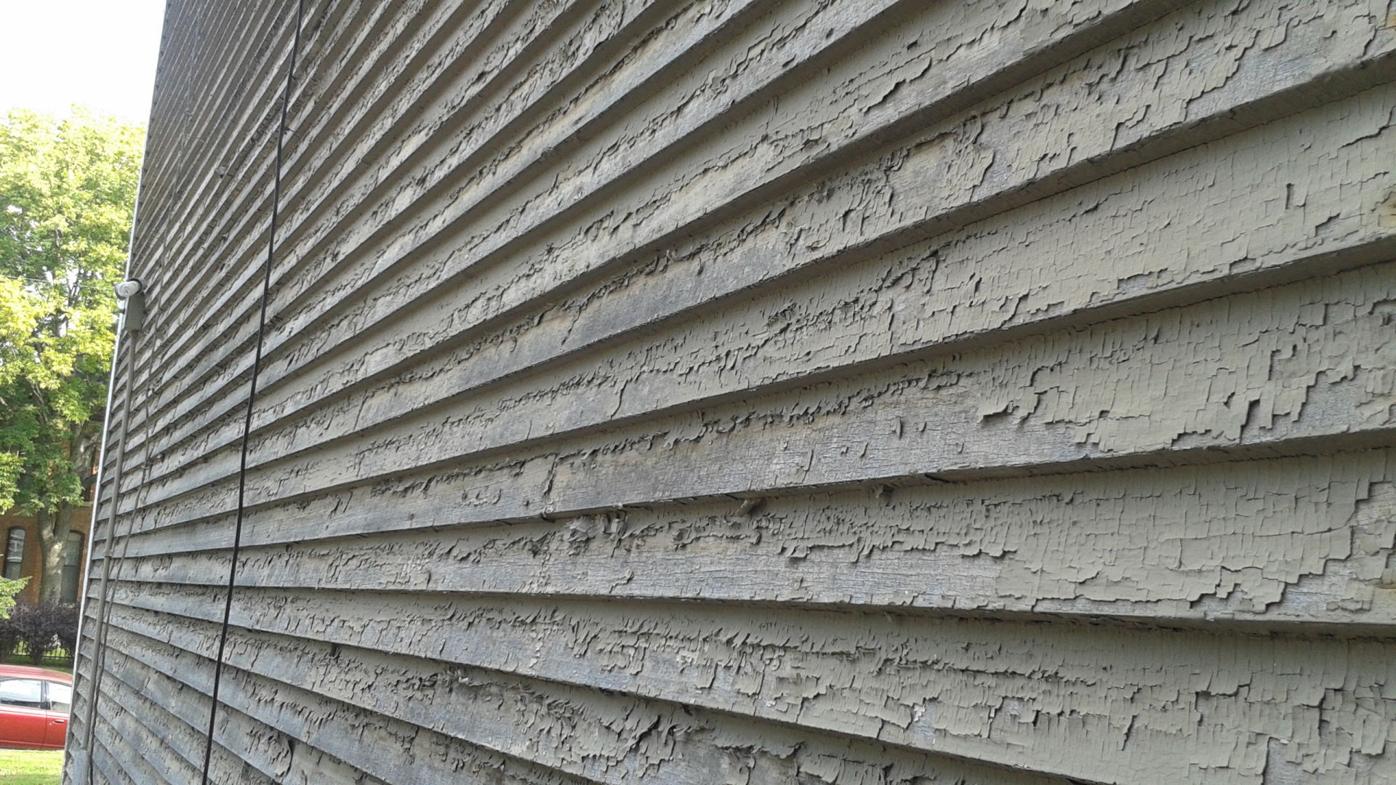 This rental property’s exterior was flagged by the city of Faribault’s inspectors for violating the Crime-Free Multi-Housing ordinance. In the first two years of the program, the 10 total legal cases were exclusively property maintenance or building code charges. (Submitted photos/City of Faribault) 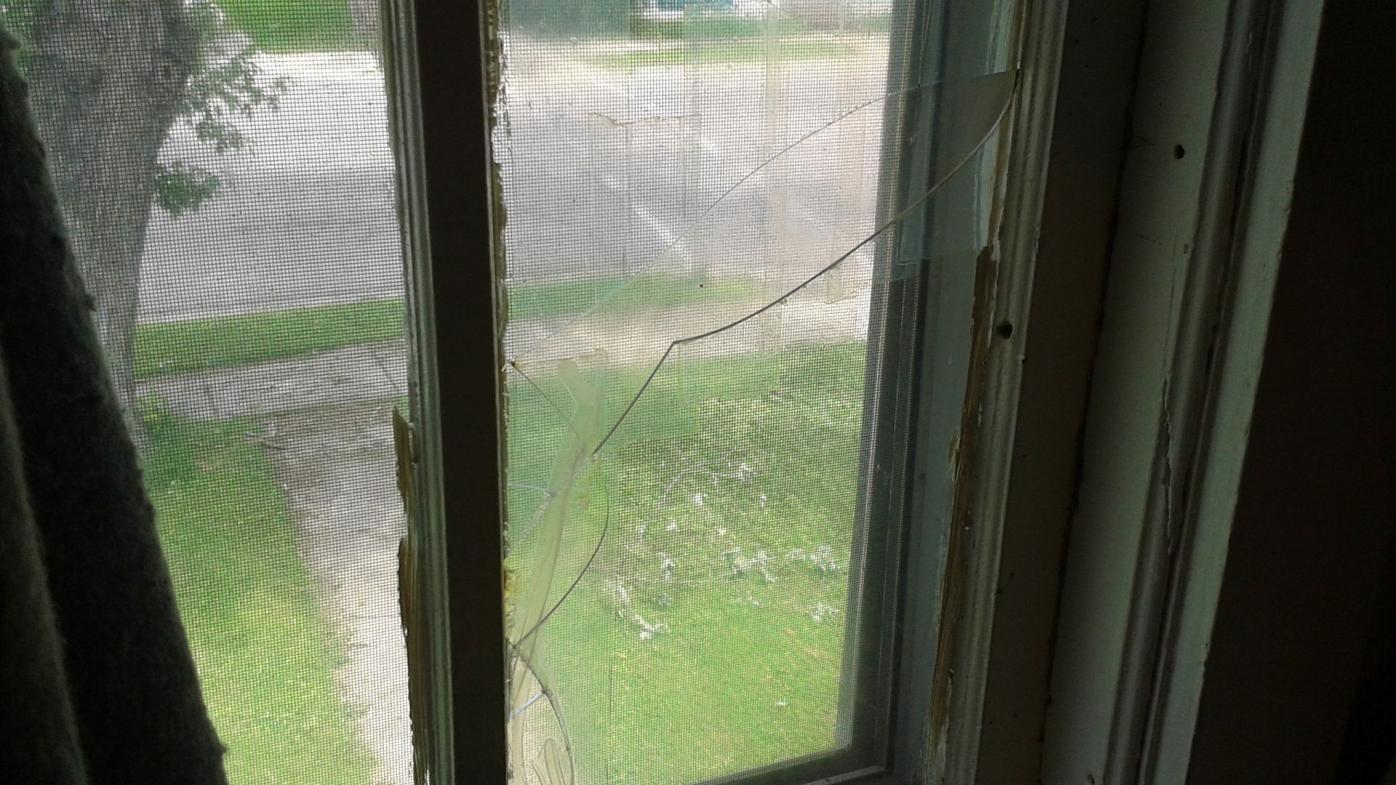 A cracked window resulted in a citation for this Faribault landlord during Crime-Free Multi-Housing’s first, two-year inspection process.

This rental property’s exterior was flagged by the city of Faribault’s inspectors for violating the Crime-Free Multi-Housing ordinance. In the first two years of the program, the 10 total legal cases were exclusively property maintenance or building code charges. (Submitted photos/City of Faribault)

A cracked window resulted in a citation for this Faribault landlord during Crime-Free Multi-Housing’s first, two-year inspection process.

City officials have noticed increased compliance and better communication with trained landlords as a result of the Crime-Free Multi-Housing program, but landlords think the ordinance is far from perfect.

The Crime-Free Multi-Housing program, now in its third year, just finished its first two-year cycle in December. In discussing the implementation over that period, officials believe landlords and tenants are being held accountable for their actions as a result of 10 legal cases being pursued against landlords, in addition to 58 tenants being evicted as a result of their crimes, ranging from drug activity to violence.

Those 10 legal cases were exclusively property maintenance or building code charges that led to five landlords being placed on probation by the city, and two of which ended in misdemeanor convictions. The probation puts landlords on thin ice and threatens revocation of their licenses.

However, Sgt. Mark Krenik, who heads the Crime-Free Multi-Housing program for the city of Faribault, said he and city staff will be “revisiting certain areas within the ordinance that could use some change.”

Agreeing with Krenik are two Faribault landlords who participated in the Crime-Free Multi-Housing program over the past two years. One of them, Mike Tousignant, has been a landlord in Faribault for 30 years and owns 20 units. The other is Joe Kidder, who owned a 10-unit building in Faribault between 2014 and 2016.

Kidder, who faced legal action from the city as part of the program for property maintenance issues, ultimately sold his properties and cut ties with the city, he said.

“I’ve been in the rental business for 20 years and I’ve never seen anything like this,” said Kidder, of Rosemount, who said he owns properties in Wisconsin, Iowa and Minnesota. “In every other city, it’s a voluntary program where if they get involved they get a discount on their license fee. Faribault has made it a mandatory thing.”

For instance, in Olmstead County, Crime-Free Multi-Housing is also available to all landlords, but it is only encouraged, rather than required. Over 75 Minnesota cities currently use the Crime-Free Multi-Housing program, and it’s also used in 37 other states nationwide. The program is optional in the cities of Savage, Apple Valley, Waseca, Brooklyn Center and many others.

But in Faribault, officials didn’t want it to be optional — they wanted it to be effective, which they believe it is.

One of the biggest concerns for Kidder, other than the program being mandatory, he said, is the liability for the landlord.

“One thing I don’t like in the language of this ordinance is that the licensee is responsible for the tenants at all times,” he said. “I’m sitting at home on a Saturday night, eating dinner with my family and a tenant decides to throw a meth party or something, I’m liable for that.

“I don’t think a landlord should be or could be held liable for the criminal actions of a tenant.”

According to Krenik, the mandatory criminal background checks for tenants is one way to help landlords sniff out people who could potentially be more likely to commit crimes.

“We all want a drug-free society,” he said. “It makes life easier on everybody. But the police can’t take it all out on the landlords and make them responsible. It got to the point where I said, I’m not going to do business in this town and I sold my building.”

Kidder also expressed some confusion with the process of giving a tenant a disorderly violation, or a strike, recalling a time he received notification that one of his tenants had been given a strike by the city, even though the tenant had not been charged with a crime.

“The letter I got had no name on it, it just said ‘Unit 12,’” said Kidder. “They did not issue him a citation or fill out a police report because the guy admitted it and gave up the marijuana. I can’t kick somebody out if he hasn’t even been charged with a crime.”

According to the ordinance, strikes don’t always require a citation and somebody may be kicked out without being charged with a crime, although such an occurrence would be unlikely as immediate evictions require drug-related or violent activity, according to the crime-free lease addendum.

The crime-free lease addendum, which is mandatory for landlords and tenants to sign, binds renters to a lawful presence in their residence. It also gives the city the power to force the landlord to evict the tenant if they fail to remain in accordance with the law.

Another concern was identified by Tousignant, who said he once evicted a tenant from one of his buildings, and after being evicted, the tenant allegedly moved into a building right next door.

Since then, Tousignant said he has had 23 tires slashed. Tousignant noted that, in one week, he spent $1,400 on new tires.

Without proof, the crimes have gone uncharged. But there exists a bigger issue than the tires, Tousignant said.

He believes it’s the city’s responsibility to make sure that evicted tenants cannot simply sign a new lease the next day and remain in the city.

“There is no reason [a recently evicted tenant] should be living two doors away ... in another rental unit if I had to throw [the tenant] out,” said Tousignant.

City officials agreed, and it’s one area that will likely be addressed in the coming months.

“There is a little bit of a revolving door problem,” admitted Sgt. Krenik. “It does exist. That, I would put on the property owner. They are responsible for doing a background check on their prospective tenants.”

Krenik sees the background check as a way for landlords to be more selective about whom they allow to rent their units. But there are also other resources that Krenik said could be more useful to landlords.

“In our crime-free classes that property owners and managers are required to attend, I explain that, sometimes, during the criminal history checks, you can find out more information by coming to the PD and asking for public data that would show police contacts,” said Krenik. “There may not be a conviction, but there is a wealth of information. I haven’t had too many take me up on that yet.”

Tousignant said the revolving door problem has created a situation where landlords must now create a “black list,” because the city legally can’t.

One of the problems Krenik sees is that the three disorderly violations is often confused with the crime-free, drug-free lease addendum, which evicts tenants right away.

When tenants commit drug or violent crimes, they are automatically bumped up to disorderly violation three, which leads to an eviction. However, if it’s only violation one or two, it’s more or less a warning indicating that if the illegal behavior (for the tenant) or property maintenance (for the landlord) isn’t mitigated, additional action will be taken. Krenik says that he hopes to lessen the confusion over those two parts.

“There’s a bit of a contradiction within the ordinance and that’s an area we are looking at,” he said of the three strike and automatic eviction policies co-existing.

While Krenik does not have a specific timetable for potential changes, he said he is reviewing the first two years of the program. Any changes would be presented to the Faribault City Council before being approved and implemented.

One thing that Krenik hopes to do for the next cycle, however, is to overcome the city’s No. 1 battle: making everyone aware of the program, and spreading awareness about the very existence of Crime-Free Multi-Housing.

Currently, of the 740 landlords identified within the city, only 126 have taken part in the city-required Crime-Free Multi-Housing class.

For those who are aware, officials believe the simple presence of the program makes a difference. And with a few tweaks potentially to come in the future, Krenik believes the program is on its way to even more success.

“The goal is to make Faribault a better place and we are definitely going in that direction.”

Editor's Note: "Mixed emotions" is part three of a three-part series focused on the Crime-Free Multi-Housing program in the city of Faribault which took effect just over two years ago. Below is a breakdown of the stories:

Part one (March 28): A look back - City officials believe the first two-year cycle of the ordinance has been effective.

Part three (March 30): Mixed emotions - Some landlords have concerns about the way the program was implemented and what it means for their units and tenants. Others see it as a positive step.

58 - number of immediate or third-strike evictions

10 - number of court cases against landlords since the program began

5 - number of landlords placed on probation

2 - number of convictions stemming from those cases