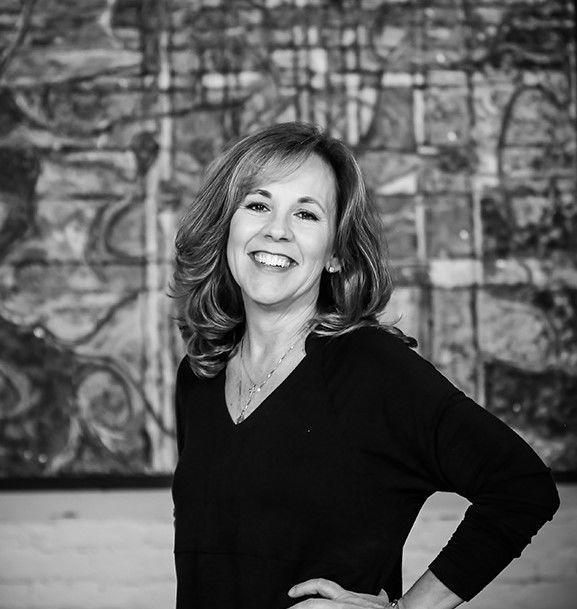 Heidi Nelson took over as executive director of the Paradise Center for the Arts earlier this year. (Photo courtesy of Heidi Nelson) 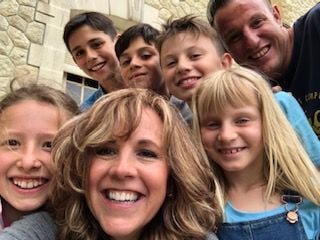 Heidi Nelson has dabbled in decorating, insurance, real estate, worked at Reliance Bank and sat on the board of the Faribault Chamber of Commerce. (Photo courtesy of Heidi Nelson) 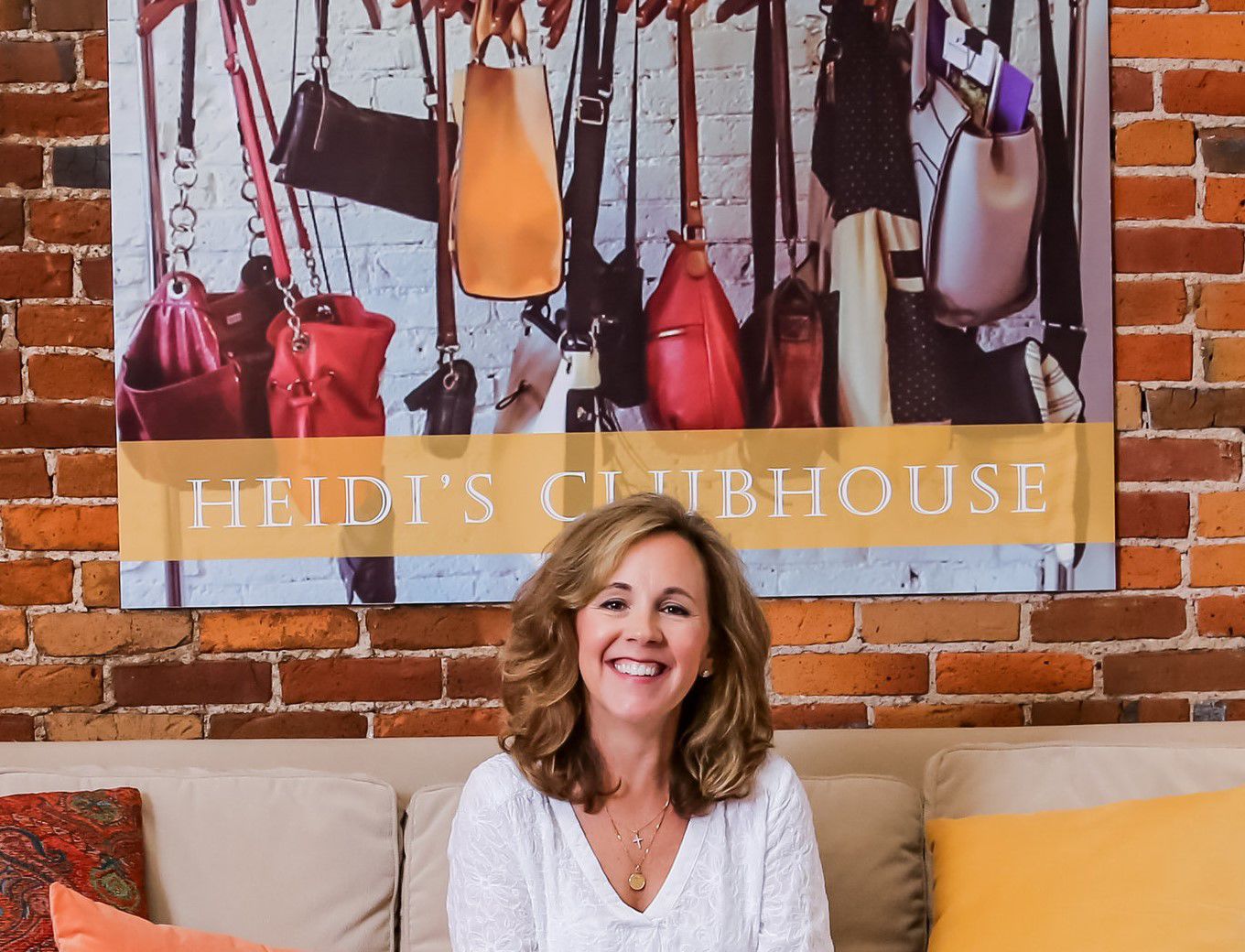 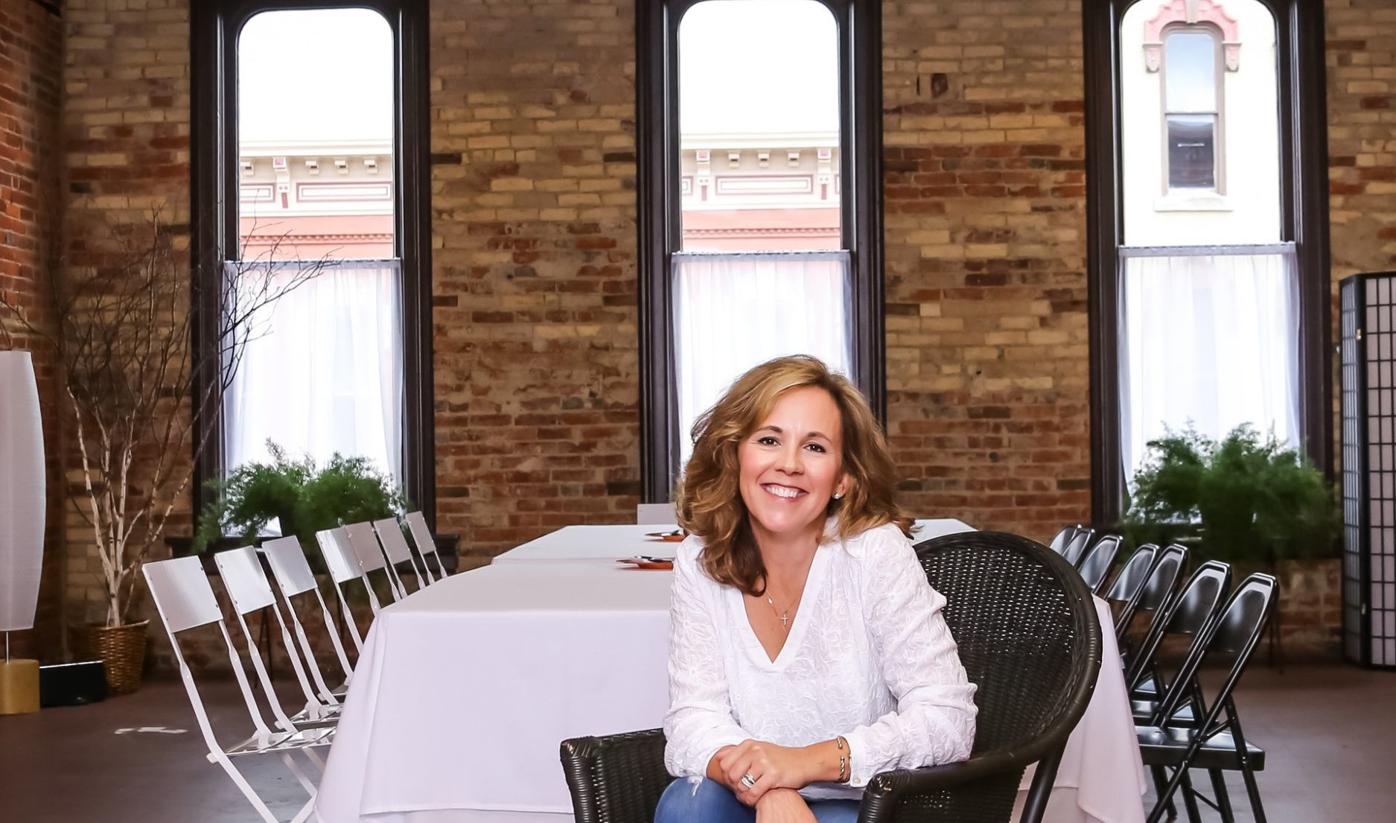 A firm believer that the world around us conspires to help us do good, Nelson's newest role as executive director of the Paradise Center for Arts may be her most challenging yet. (Photo courtesy of Heidi Nelson) 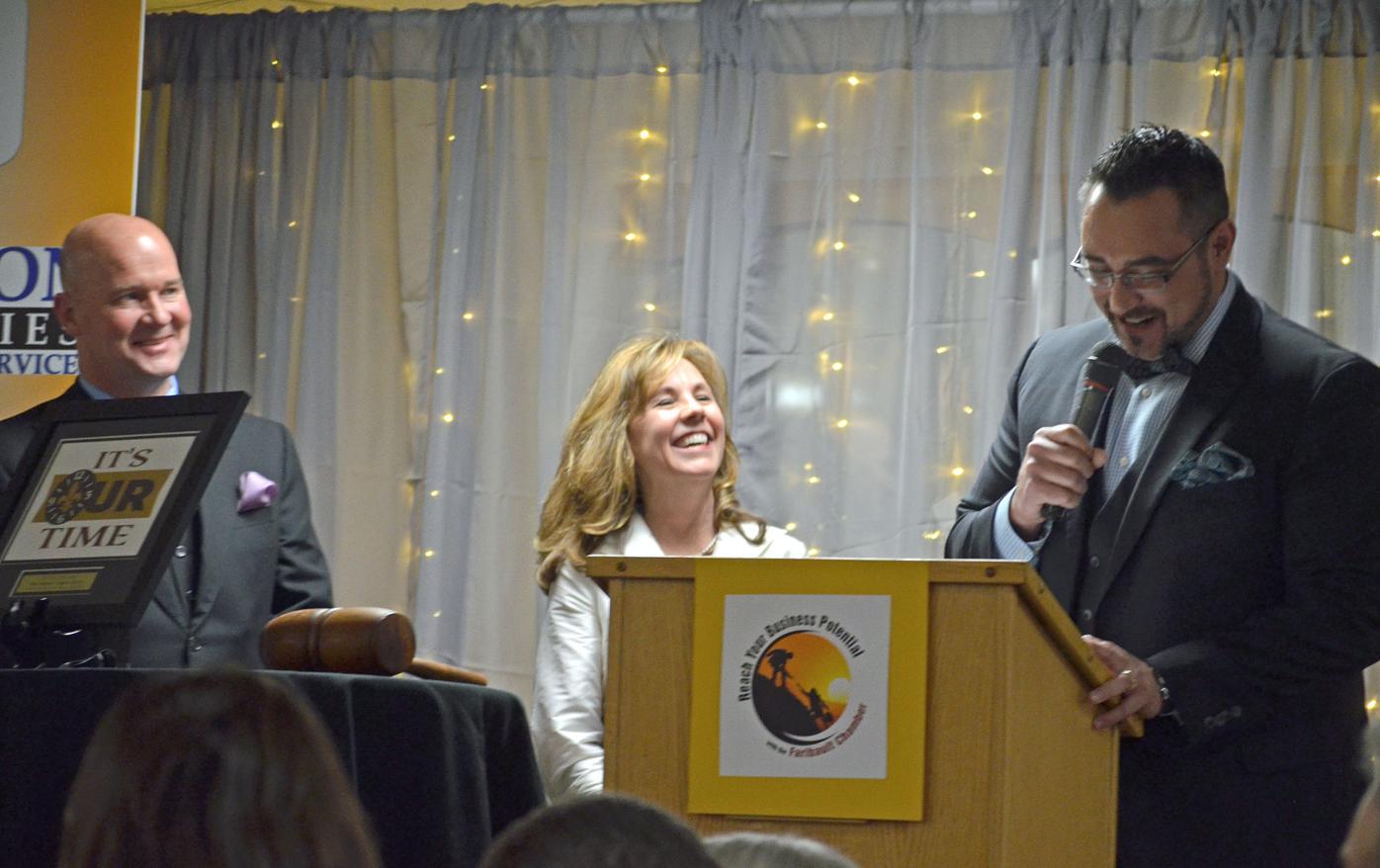 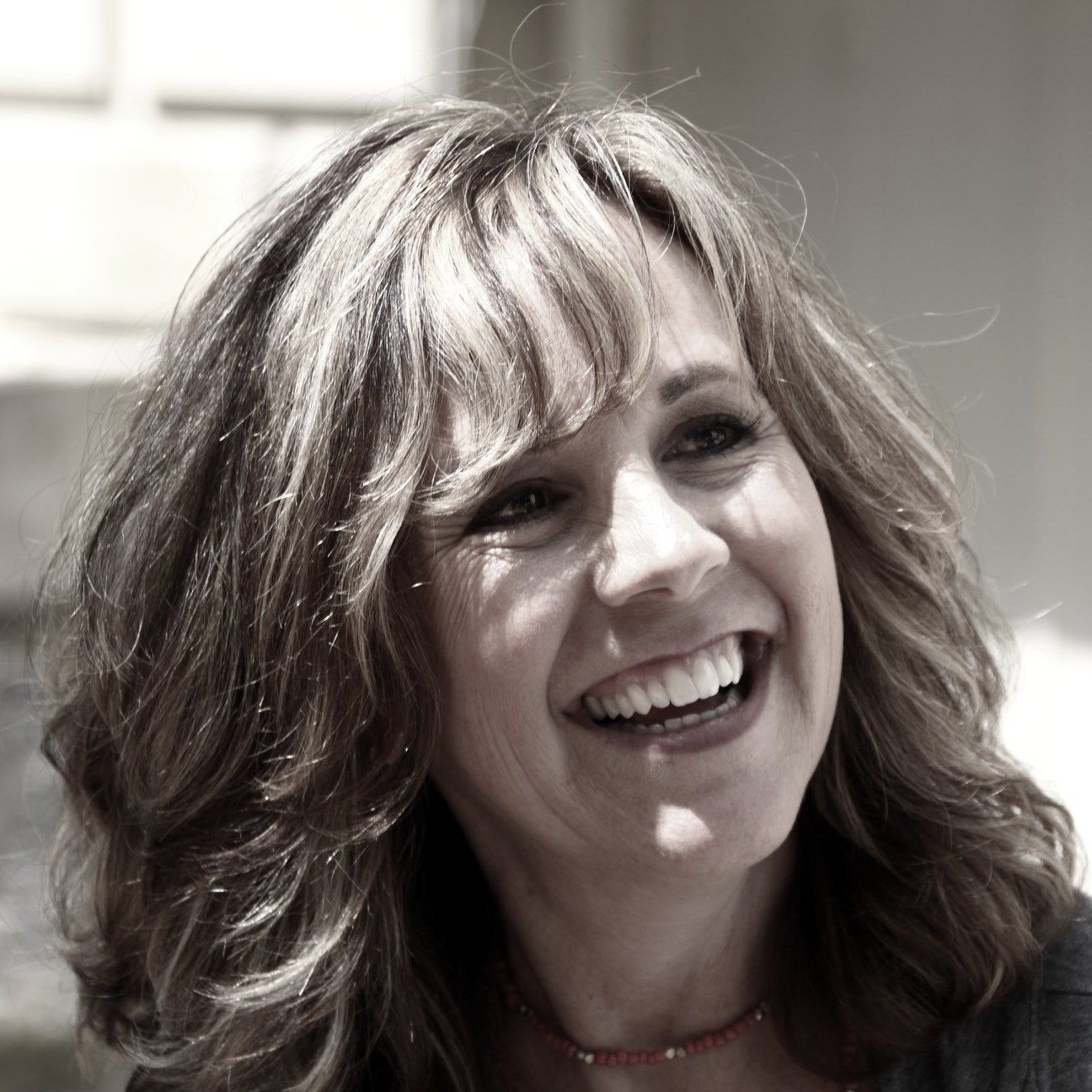 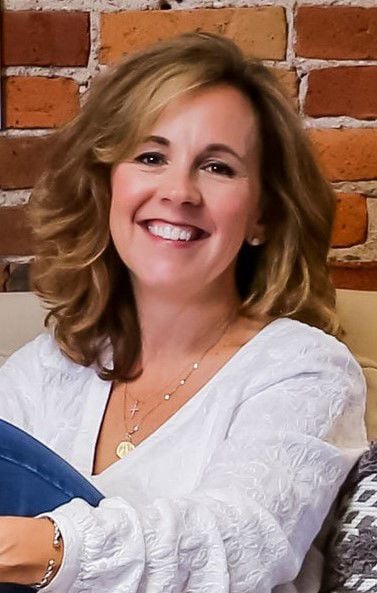 Heidi Nelson took over as executive director of the Paradise Center for the Arts earlier this year. (Photo courtesy of Heidi Nelson)

Heidi Nelson has dabbled in decorating, insurance, real estate, worked at Reliance Bank and sat on the board of the Faribault Chamber of Commerce. (Photo courtesy of Heidi Nelson)

A firm believer that the world around us conspires to help us do good, Nelson's newest role as executive director of the Paradise Center for Arts may be her most challenging yet. (Photo courtesy of Heidi Nelson)

There is no room for paranoia in the mind of Heidi Nelson. Instead, she brims with “pronoia” — a belief that the universe and all of its inhabitants are conspiring to do good. Human potential is infinite and positivity is the only prerequisite for success in her worldview.

That outlook has served Nelson well throughout her life’s journey. Though her current role as executive director of the Paradise Center for the Arts is the latest dream she’s manifested, the universe has helped her realize others along the way.

Nelson is a unique breed: half Faribault native, half cosmopolitan. The majority of her upbringing was in Faribault — that’s where she first rode a bike with no hands, where she first babysat, where she had her first kiss. She was gregarious even back then, and she made relationships that she still enjoys today.

In her late adolescence, her parents decided to leave for South Dakota. She wouldn’t return to Faribault for t20enty years. During that time, Nelson had a number of careers and homes. She was a secretary, a legal assistant, a stay-at-home mom and a business owner. She lived in Apple Valley, Burnsville, South Rapids and Woodstock, Georgia. But her fond memories of youth beckoned for her to return to Faribault, which she did in 2003.

Upon returning home, her journey woman streak continued. She dabbled in decorating, insurance, real estate, worked at Reliance Bank and sat on the board of the Faribault Chamber of Commerce. But, she wanted something different. Nelson decided to speak to a life coach four years ago, and she came away knowing she wanted to help women in business. So she decided to form a group tasked with that as its mission. Heidi’s Clubhouse was born, a boon for the female entrepreneurial spirit in Faribault.

The businesswomen would meet downtown at the Fleckenstein Building. They shared tips, offered each other emotional support and brought in speakers to share advice. The role was tailor made for Nelson. She got to be a leader, she got to be social and most of all, she got to imbue the minds of others with her optimism — each meeting another step in solidifying their dreams. The women could feed off of one another, pronoia at its finest.

But, things changed when Nelson needed foot surgery about a year ago. She knew she would need time to recover and that she’d be less mobile for a while. So she put Heidi’s Clubhouse on ice. A moment’s despair would’ve probably been understandable. But for Nelson, the foot surgery was another sign from the universe. It was simply time to do something else.

Pondering her next step, Nelson recalled one of the highlights of her career as a Chamber of Commerce Board Member. It was 2018, and Nov. 11 of that year marked the 100th anniversary of Armistice Day, the end of hostilities on the western front of the first World War. As soldiers from Faribault fought for the Allies in the Great War, the town of Podensac, France, invited the people of Faribault to celebrate Armistice Day with them. Faribault sent a delegation to Podensac, which Nelson was a part of. The delegation connected strongly with the people of Podensac. Between that connection and the remembrance of the hallowed day, everyone involved was shedding tears.

Moved by the journey and the weight of the moment, Nelson promised to return to Podensac in the summer. The other travelers looked at her quizzically. Come back — what did she mean?

Eureka. Nelson then knew she wanted to organize trips for her next line of work. She also knew she still wanted to help women realize their dreams. So she decided she would become a life coach who takes women on trips without their romantic partners. Now, that sounds like a bit of a niche market, but the universe was on Nelson’s side. She led a group of women to France last summer. Perhaps she’s less a dreamer and more a prophet. She was planning another trip this summer, but it will likely be delayed due to COVID-19.

Nelson’s limitless optimism and willingness to talk with anybody makes her perfect for the job, Paradise Director of Operations Julie Fakler said.

“She’s really good at developing relationships and then maintaining those relationships with people in the community,” Fakler said. “She’s very welcoming and she’s very concerned about everyone. She’s very friendly, she’s accommodating.”

Warmth aside, all of the relationships that Nelson made in Faribault in her youth and upon returning have been handy in her new role.

“I think she loves Faribault,” Fakler said. “She seems to know everybody in Faribault. She has a good handle on the history of Faribault, the people.”

That social competence is critical because the executive director is responsible for the Paradise's fundraising efforts. Financial stability is always important — doubly so in the COVID-19-era.

“Heidi is securing the future of the organization,” said Paradise Board member Kymn Anderson. “She’s rescheduling important events, she’s staying in connection with the stakeholders. With everything being cancelled, all of those connections are really important to maintain.”

And because Paradise is an artistic and economic crown jewel of Faribault, its survival is connected to the prosperity of the city itself.

“It’s something about the arts in general," Anderson said. “The opportunity for people to express themselves and share meaningful information around the arts, whether it’s a performance or music. Maybe it’s learning a new skill or trying something like watercolor or pottery for the first time. All of those activities that the Paradise offers are community building activities. It’s a really really important asset for building our community.”

Luckily for Paradise, Nelson doesn’t let go of her dreams.

Heidi Nelson is Executive Director of the Paradise Center for the Arts. She’s equal parts Faribault-hometown-woman and cosmopolitan, and her can-do attitude permeates every aspect of her life. She has served on the Faribault Chamber of Commerce, organizes all-women trips, and ran a club dedicated to helping businesswomen. She will draw upon her natural leadership skills and gregariousness as she steers the Paradise into the future.