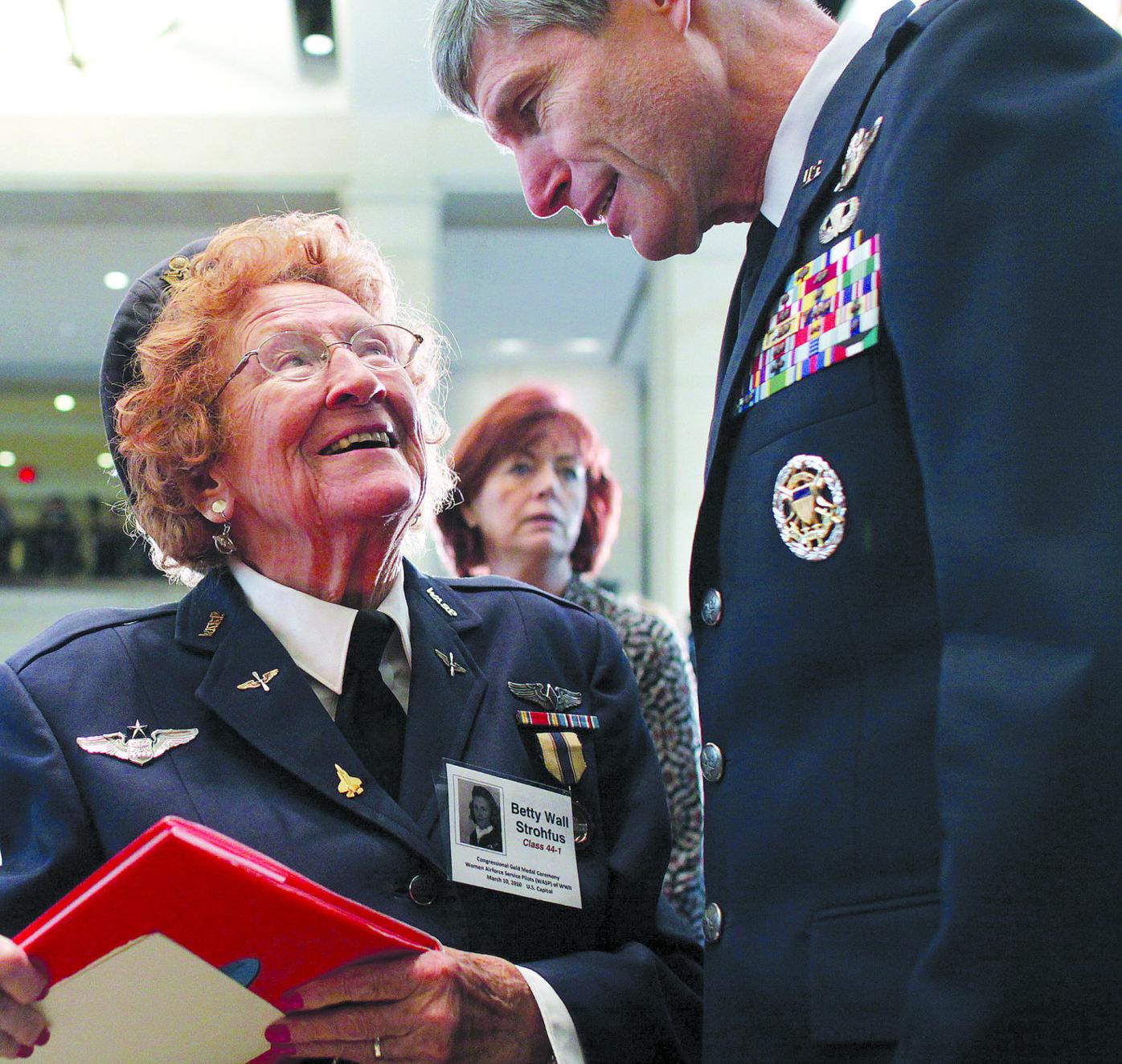 Former Air Force Chief of Staff Gen. Norton Schwartz greets Betty Hall Strohfus of Faribault on Capitol Hill in Washington in 2010 before she and other members of the Women Airforce Service Pilots were awarded the Congressional Gold Medal. (AP) 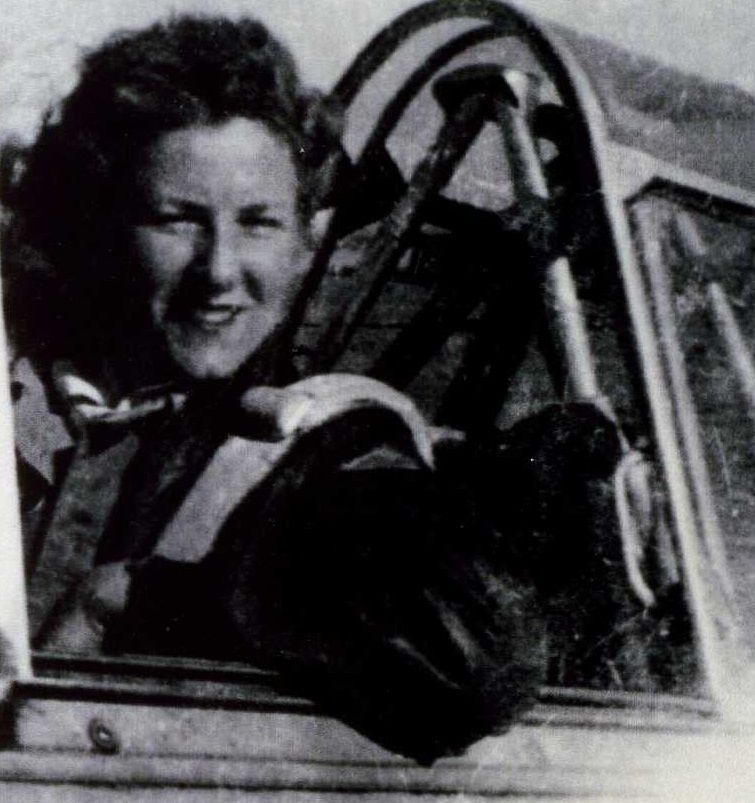 Elizabeth Strohfus passed away at the age of 96. (Submitted photo) 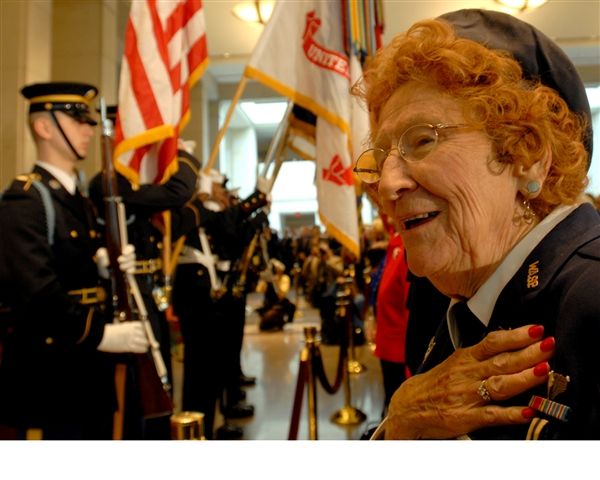 Liz Strohfus in 2010, receiving her Congressional Gold Medal. (Photo courtesy of the U.S. Department of Defense) 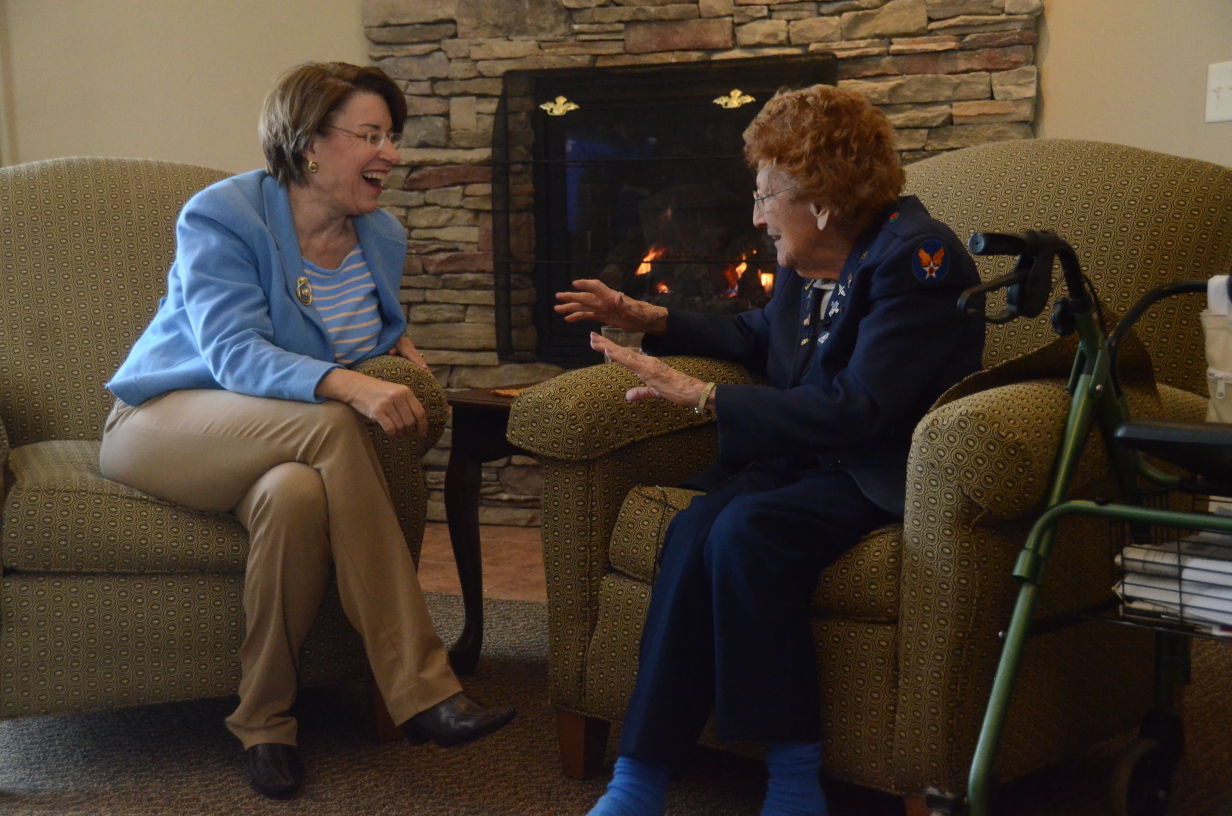 With her family and friends present, Strohfus and Klobuchar discussed in January her love of flying, her service and the right of WASPs to be buried at Arlington in their discussion at Milestone Senior Living in Faribault. (Daily News file photo) 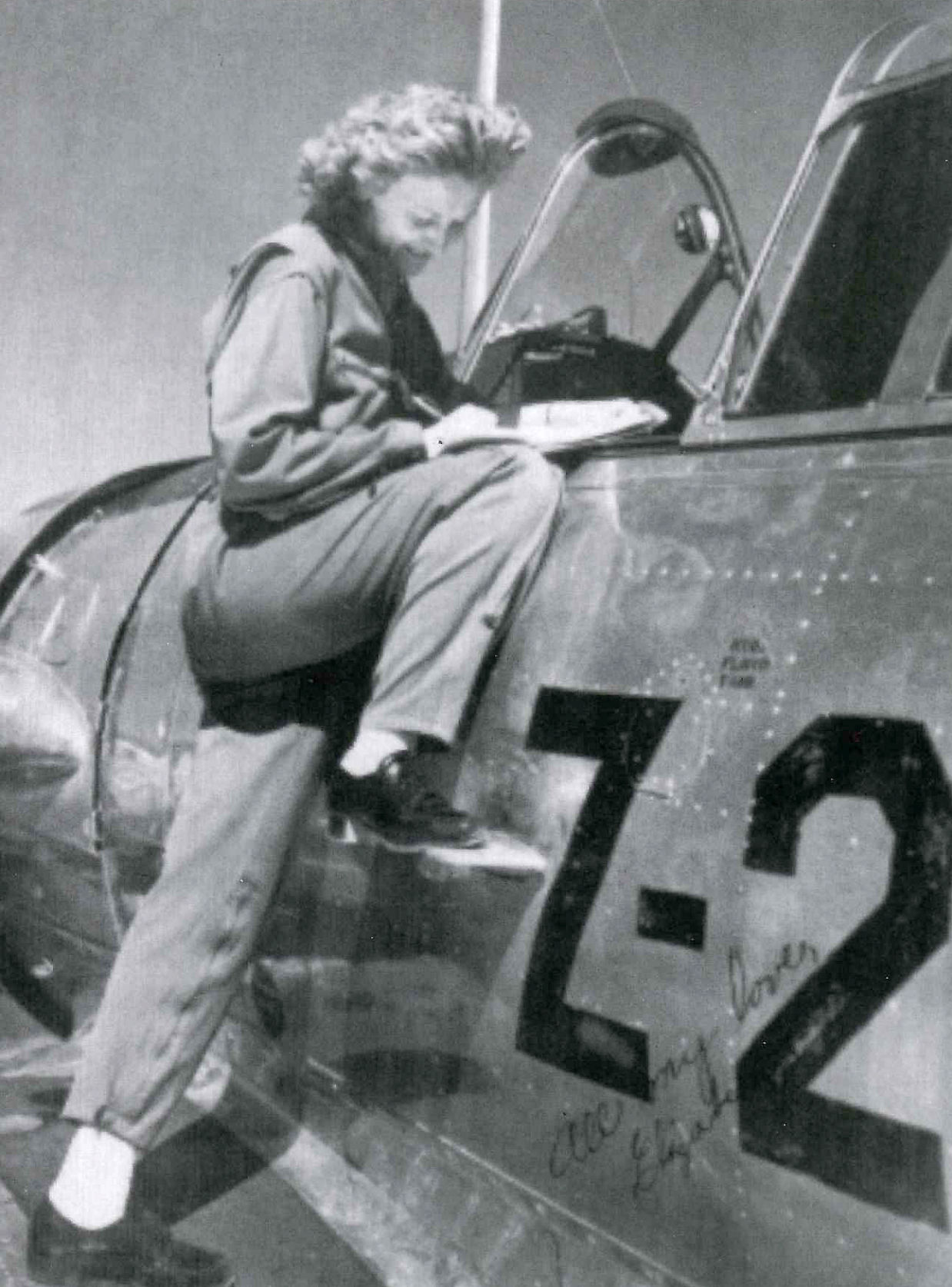 Betty Wall Strohfus flew the Martin B-26 Marauder, the P-39 Airacobra and the T-6 Texan to train male combat pilots. She also served as a co-pilot in the B-17 Flying Fortress. (Photo courtesy of Rice County Historical Society)

Former Air Force Chief of Staff Gen. Norton Schwartz greets Betty Hall Strohfus of Faribault on Capitol Hill in Washington in 2010 before she and other members of the Women Airforce Service Pilots were awarded the Congressional Gold Medal. (AP)

Elizabeth Strohfus passed away at the age of 96. (Submitted photo)

Liz Strohfus in 2010, receiving her Congressional Gold Medal. (Photo courtesy of the U.S. Department of Defense)

With her family and friends present, Strohfus and Klobuchar discussed in January her love of flying, her service and the right of WASPs to be buried at Arlington in their discussion at Milestone Senior Living in Faribault. (Daily News file photo)

Betty Wall Strohfus flew the Martin B-26 Marauder, the P-39 Airacobra and the T-6 Texan to train male combat pilots. She also served as a co-pilot in the B-17 Flying Fortress. (Photo courtesy of Rice County Historical Society)

As a child, she loved to be closer to the magnificent firmament above than to have her feet planted on the ground below. She would climb trees or, if there were no trees available that day, a roof would work just as well.

And there she would stay, sometimes for hours until her father would call her down for dinner. But listen to any story told by Strohfus or about her, and it is clear that hours spent on earth were little more than marked time until she could return to an altitude more befitting of the woman she was and the dreams she held close.

A quiet, shy, relatively unassuming young woman in high school, it was shortly after her graduation when she left even the trees and roofs behind for her first flight in a Piper Cub.

Her son, Art Roberts, tells the story of his mother’s first flight with a wide smile etched across his face.

The pilot would fly the plane vertical and let the engine stall, said Roberts, before letting it spin back toward the ground, pulling out of the dive. Most passengers he took with him pointed toward the ground after such risky maneuvers. And when the pilot turned around to look at Betty, she was pointing as well. But unlike all the others before her, she pointed not down but up, asking for the maneuver one more time. She would ask for it nine more times after that.

So enamored was she with flight, she volunteered with the Sky Club, doing odd jobs for a chance to fly with the 15 members. When one of them enlisted in the Army Air Corps, she was asked to join.

After her father died in 1940, Strohfus was working and giving all the money to her mother; a bicycle was her only means of transportation. The fee to join the Sky Club was $100. She was making $50 a month. Using that bicycle as collateral to secure a loan from the local bank, she paid the membership fee and began flight lessons. Once the war started, she joined the Civil Air Patrol.

After seeing a notice asking for women pilots, she applied and headed to Sweetwater, Texas, in 1943. Out of 25,000 applicants, only 1,800 women were accepted. Strohfus was one of 1,074 who graduated.

Women were left without uniforms, having to cuff and hem ones left by male Canadian pilots who had trained there previously.

While too short to pilot them herself, she served as a co-pilot in the B-17 Flying Fortress and the B-26 Marauder, towing targets for male fighter pilots to practice gunnery.

But being a co-pilot, like the trees and roofs in her childhood, was only enough for so long.

Strohfus flew numerous planes in training; the BT-19, PT-17, BT-13 and AT-6. As her son tells the story, at the end of her time with the BT-13, a friend from Faribault visited in his Cessna.

He flew down to Texas, visiting with her for three days, trying to talk her into marrying him. After some thought, she agreed and went in to see the commander to offer her resignation.

The commander expressed regret at losing a pilot of Strohfus’ skill and convinced her to set the resignation aside until she had a chance to fly the AT-6.

“She went up in the AT-6, she landed, she called the boy up and said, ‘I’m not going to marry you, I’m staying,’” Roberts said. “He said, ‘If you don’t marry me, I’m going to marry someone else.’ She responded, ‘You go right ahead,’ and they both lived happily ever after.”

After getting herself reassigned into the AT-6 so she could be the one diving in at the heavy bombers, she did just that for four hours a day.

In fact, said Roberts, she loved it so much that she would take flight shifts from male pilots who had been out a bit too late the previous night.

After a few weeks, she ended up with pilot’s fatigue from enduring the G-forces for eight hours a day.

The AT-6 was used primarily for dogfight training and became her favorite aircraft. She logged hundreds of missions in one during her time in Las Vegas.

According to Roberts, she was the first woman to fly missions at Indian Springs to help train infantry gunners. She had to sign a piece of paper that said she would not fly under 500 feet; she claimed she thought it was 50.

One day, while training gunners in ground emplacements, Strohfus flew up from the south and recognized a unique opportunity. Just missing the roof of the hangar, she opened the prop pitch on the AT-6 to generate an almighty roar, causing all the men below to hit the deck.

Four hours later, Strohfus landed the plane to refuel. An angry sergeant confronted her as she climbed out onto the wing, demanding to know which enterprising pilot had buzzed his men.

Roberts detailed the brief back-and-forth between the two.

“I’m going to report you,” he replied.

“You scared the hell out of my boys!”

Strohfus responded with a question.

“Where are your boys going?”

“They’re going to combat and I want them to live to get there.”

Strohfus would continue to fly at Las Vegas until the Women Airforce Service Pilots (WASP) was disbanded in December 1944. She applied unsuccessfully to Northwest Airlines before spending time in Wyoming as an aircraft controller.

After retiring in the late-1980s, Strohfus began traveling around the country telling stories from her time as a pilot. In 1991, at the age of 71, she became one of the first women to fly in an F-16. At the age of 95, a friend put her through 4.5 Gs in an aerobatics plane which she, of course, handled without a problem.

But a great deal of the impact Strohfus had on those who would come into contact with her after she no longer flew with any regularity came from the speeches she gave across the country; most of them to school children.

One of the most telling stories − both about the weight of the speeches Strohfus gave and the response she was capable of eliciting from all in her presence − starts with a presentation she gave to a school in River Falls, Wisconsin, around the turn of the century.

A young girl became excited about flying after Strohfus’ visit, writing an article for the school newspaper. In 2012, a cadre of officials met Strohfus and her son at the gate of Nellis Air Force Base; the current name of what was once Las Vegas Army Airfield.

The first place they took her?

The Thunderbird hangar, home of the United States Air Force Thunderbirds, an air demonstration squadron that performs around the world.

And there, waiting to greet her, was Maj. Caroline Jensen from River Falls, Wisconsin; one of a select few women to have flown with the Thunderbirds.

Minnesota Sen. Amy Klobuchar, who had spoken with Strohfus earlier this year as part of her campaign to allow WASPs to be buried in Arlington National Cemetery, released a statement Monday.

“I was saddened to hear about the passing of Elizabeth Strohfus of Faribault. Elizabeth served our country admirably not only during World War II as a top Airforce service pilot, but also in her advocacy work on behalf of her fellow WASPs following the war. While she herself wanted to be buried with her family, she stood up for her fellow WASP sisters and fought for them to have the same rights as other veterans and to be given the option to be buried at Arlington National Cemetery with the honors they deserve. My condolences are with her friends and family today.”

Klobuchar is pushing for the passage of bipartisan legislation that would allow the same burial rights to be extended to WASPs as other members of the military.

And because of her, somewhere today, a young girl who desperately loves to climb apple trees and stay up on her family’s roof until her father calls her down for dinner may have one more opened door through which to walk and the added fortitude to cross that threshold. Maybe she will get the opportunity to spend a lifetime in the sky instead of the all-too-brief years Betty Strohfus was given.

Strohfus may have regretted not being able to fly more, but she spoke lovingly of the time she had.

Daniel covers Faribault government, business and public safety. Reach him at 507-333-3128 or on Twitter @FDNDaniel

Death of an icon

Faribault icon and former member of Women Airforce Service Pilots (WASP) Elizabeth "Betty Wall" Strohfus passed away Sunday evening at the Milestone Senior Living in Faribault at the age of 96.

The Faribault Daily News will print funeral arrangements when they are finalized by family.