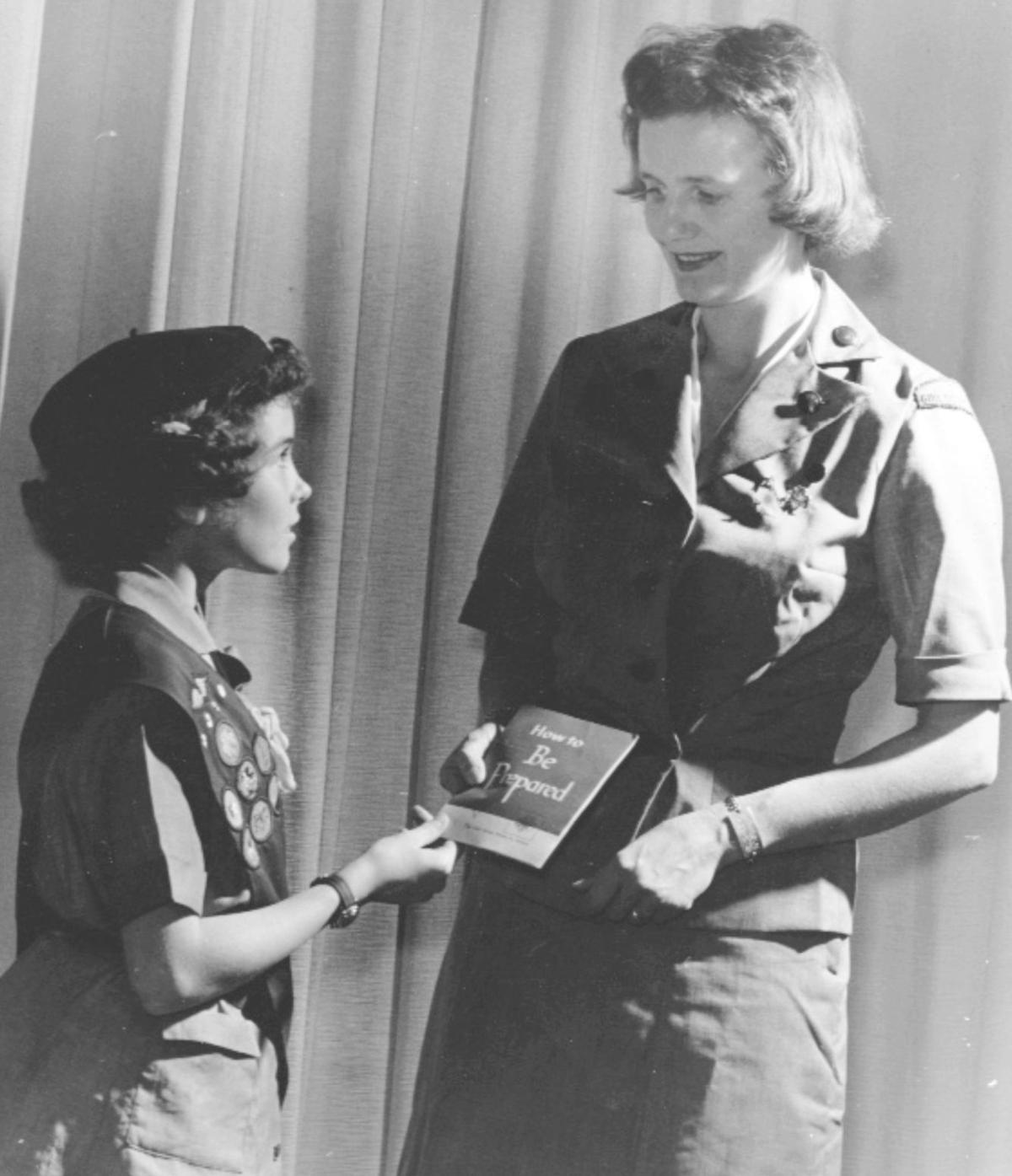 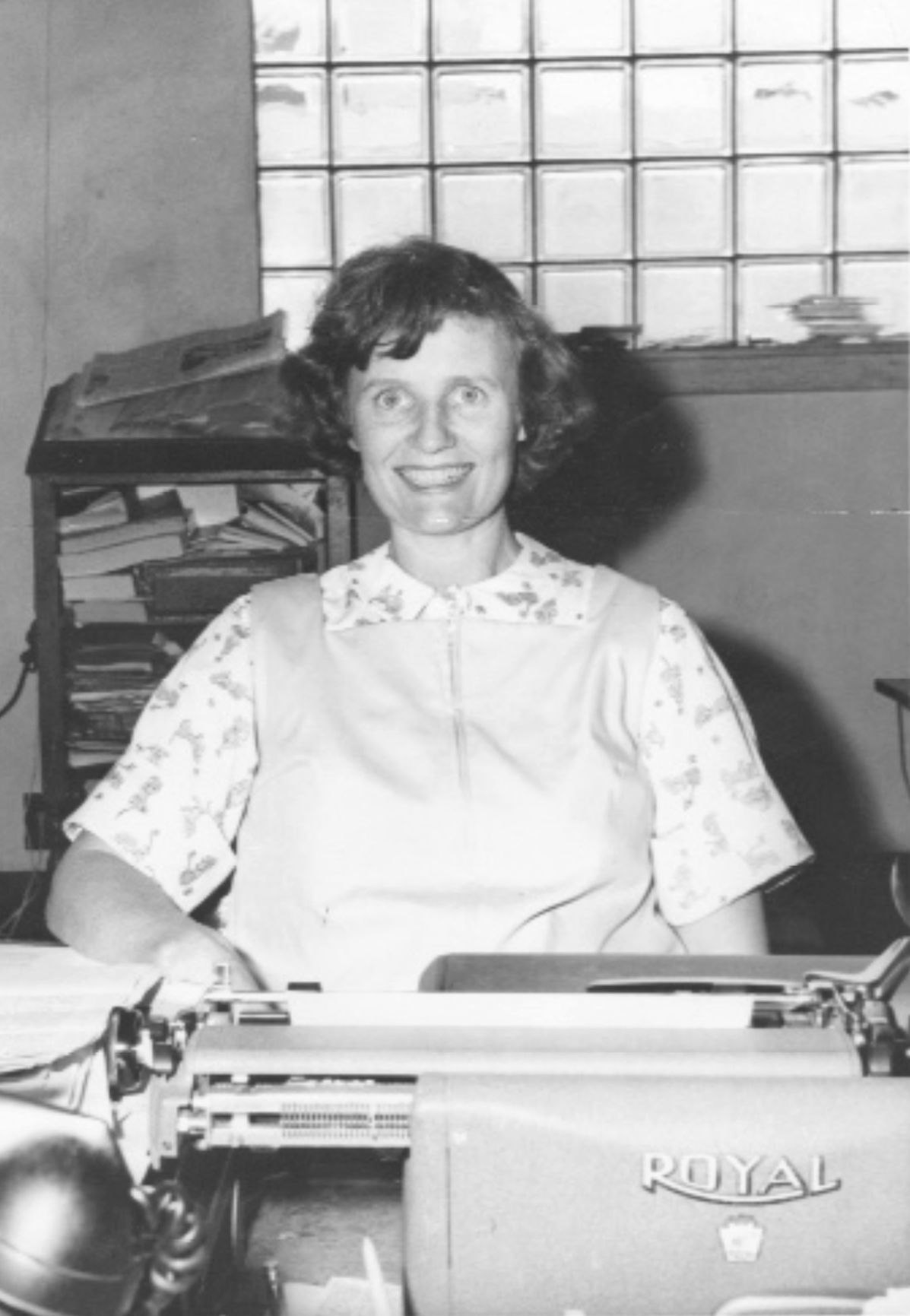 From 1962 to 1968, Anne Jones worked as the Society page editor for Faribault Daily News. She wrote a column called “For What it’s Worth,” detailing the adventures of being a mother of seven. (Photo courtesy of Ann Jones) 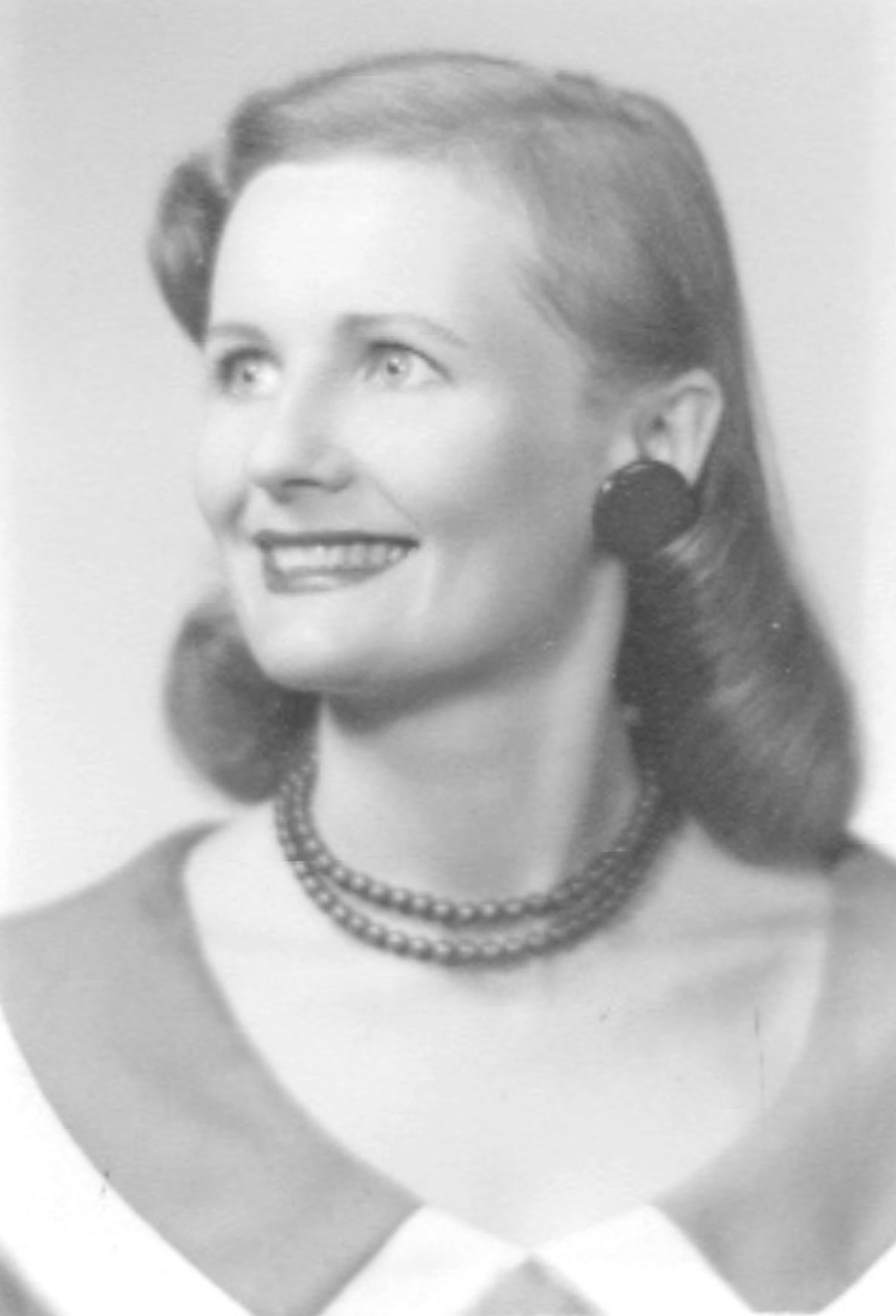 Anne Antletz, nee Anne Lee Jones, a former newspaper columnist for Faribault Daily News, died of natural cause May 9 in San Pedro, California. She was 93. (Photo courtesy of Ann Jones) 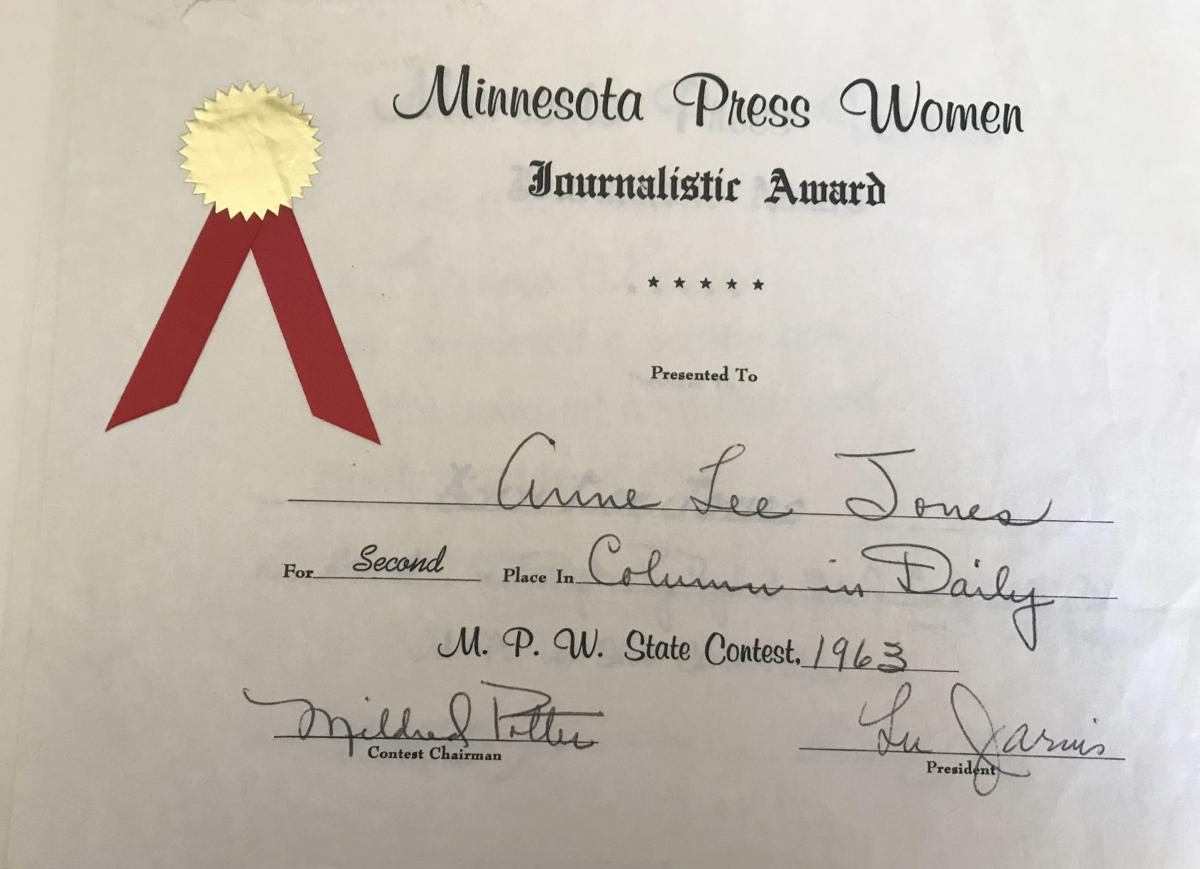 Anne Lee Jones won a number of journalist and photography awards during her tenure at the Faribault Daily News. (Photo courtesy of Amy Jones Riddle) 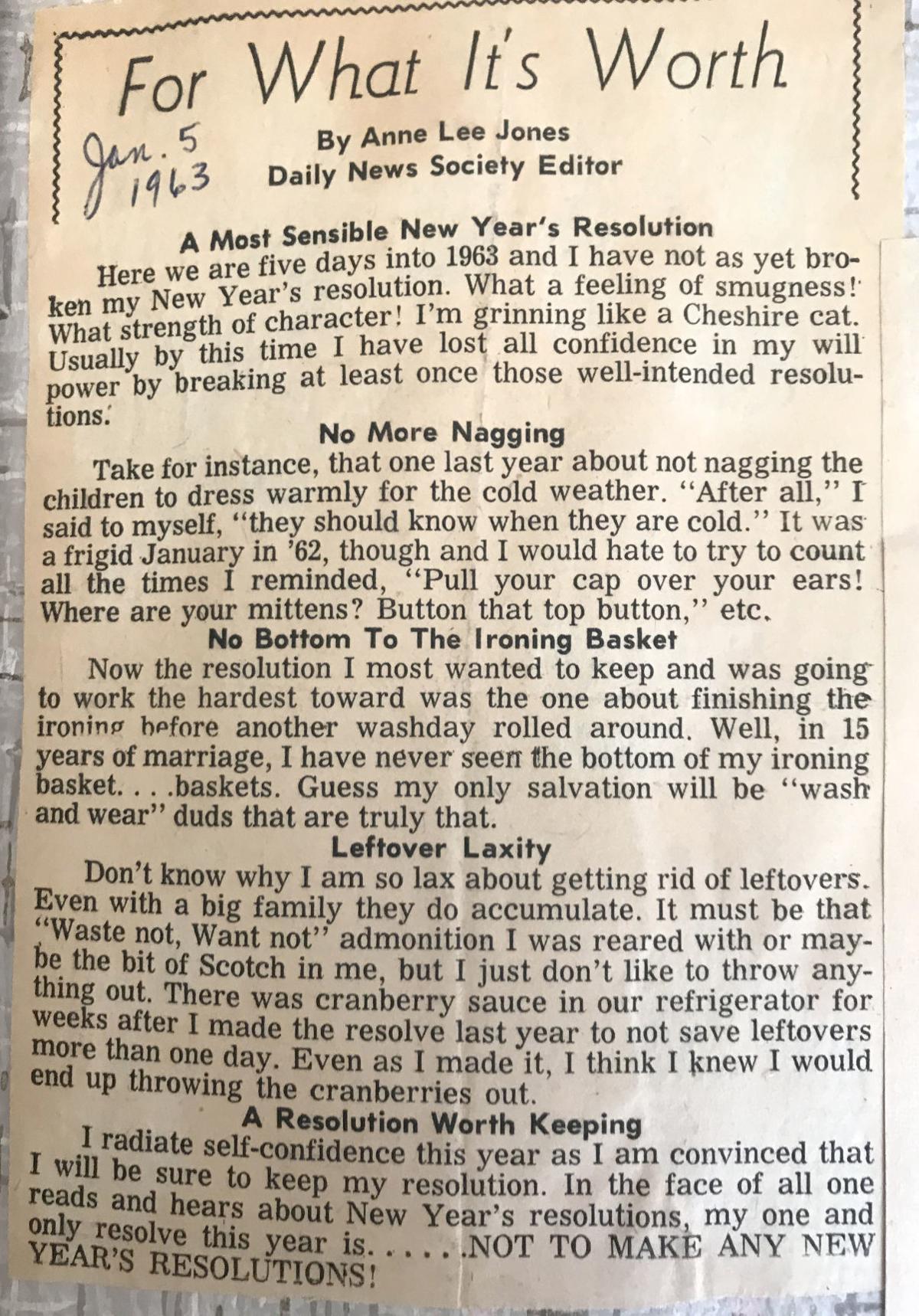 Anne Lee Jones’ “For What it’s Worth” column appeared on the Society page of the Faribault Daily News in the 1960s. (Courtesy of Amy Jones Riddle) 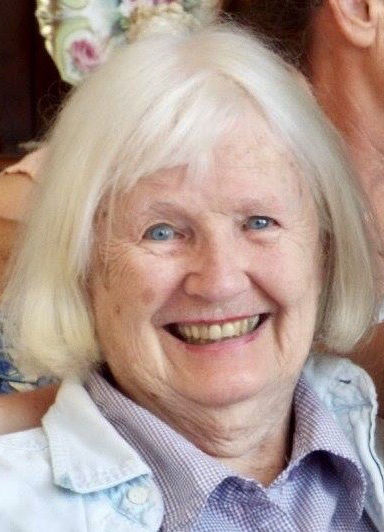 From 1962 to 1968, Anne Jones worked as the Society page editor for Faribault Daily News. She wrote a column called “For What it’s Worth,” detailing the adventures of being a mother of seven. (Photo courtesy of Ann Jones)

Anne Lee Jones’ “For What it’s Worth” column appeared on the Society page of the Faribault Daily News in the 1960s. (Courtesy of Amy Jones Riddle)

Anne Antletz, nee Anne Lee Jones, was a woman ahead of her time when she edited the Society page for Faribault Daily News from 1962-68.

In her column titled “For What it’s Worth,” she predicted space travel would become a realistic endeavor before the first launch to the moon. She wrote about joining the Shrine Circus at age 17, the disastrous but humorous side effects of having children involved in science fair and the experience of raising seven children. She won awards for women’s journalism as well as photography during her newspaper career.

At age 93, Antletz died of natural causes May 9 in San Pedro, California. Although she didn’t share her experiences in a newspaper column after leaving the Faribault Daily News in 1968, her life took quite a few turns in the past 52 years.

Antletz’s son Charlie said he has vague memories of his mom working for Faribault Daily News, when he was 11 to 17 years old. He remembers her eating cereal in the morning and being gone all day long.

As the story goes, Antletz left the Daily News because she learned one of her employees, who she was asked to train in, was paid more than her. The reason, she learned, was because he had a family to support.

“She was kind of a women’s activist before her time,” said Ann Jones, Charlie’s wife and Antletz’s daughter-in-law.

Ironically and tragically, Antletz became the sole supporter of her family for a while after leaving the Faribault Daily News. Her first husband, Thomas Jones, died in 1969. Antletz then earned a certificate in American Sign Language and became a counselor for the Minnesota State Academy for the Deaf. She later moved her family to Glendale, Arizona, and became a registered nurse.

While living in Arizona, she reconnected with her old friend Robert Antletz and they later married. Originally from Minneapolis, he worked as an aerospace engineer and was instrumental in space shuttle flights. Antletz acquired four stepchildren from her second husband, so together they had 11 children. She later adopted one of her grandchildren as well, and she worked as a psychiatric nurse in San Pedro, California, until she retired.

Throughout her career shifts and relocation from Minnesota to Arizona to California, Antletz continued to write pleasure and took photos constantly. Ann Jones said her mother-in-law has about 50 journals packed into a plastic bin and hundreds of photo albums. The family used to joke that Antletz was the one keeping the Walgreens’ film department in business as she would buy multiple prints of her photos and send them to each of her adult children.

Antletz used her writing talents in a unique way that made anyone she met feel important. For a number of years, she wrote personal greeting card messages to anyone she knew, as long as she could remember their birthdays. Apart from a personal note, the cards often included a check, photographs and jokes she found on the internet.

“Everyone she ever met got on her birthday list,” said Ann. “ … She’d have a box full of greeting cards, and she’d spend a couple hours a day getting these cards out. She would send them to our friends, our high school friends, just anybody.”

“She pretty much stayed connected to everyone she ever met,” said Charlie.

Her 16 grandchildren and 10 great-grandchildren knew her as “Granny Annie,” said Ann, and she made Christmastime and other holidays special in a way her children have replicated.

After retiring, Antletz traveled as a Road Scholar (nee Elderhostel), an educational travel program for adults. She also did volunteer work and participated in a group called Clutterers Anonymous. According to Charlie, his mother was well aware that she had a hoarding problem — he recalls stacks of newspapers piling high on her dining room table years ago. But his mom was also generous — she often gave to charities like the American Red Cross and the Children’s Hospital of Los Angeles.

'FOR WHAT IT'S WORTH'

The following is Anne Lee Jones' "For What It's Worth" column from the Nov. 15, 1962 edition of Faribault Daily News:

"From time to time I would like to share with you some of the ideas and shortcuts that have come to me while raising a brood of half a dozen active youngsters. Some of you will smile and say, "Why, I have always done that," but perhaps some of you younger mothers may welcome this column.

"A prolonged illness at our house was incentive needed for developing this sick room technique. With the threat of winter colds and flu, comes the necessity of having a thermometer on hand and I would like to suggest a supplement for temperature taking which will make it more acceptable to your child.

"If you don't already have one, the next time you are in the dime store, purchase a three minute egg-timer. You know, the little inexpensive hour glass sometimes labeled a "telephone timer."

"Another use we have found at our house for this little device is in the method of taking "turns" at play. With Christmas not far off there will be new toys and games to play with. A coveted gift may cause a clamor and the bickering over who should play with something might be solved by taking turns and timing the turns by so many minutes with the minute-timer.

"Of course, an egg-timer is indispensable for getting soft boiled eggs "just right" and mother may even want to use it as a telephone-timer so as to limit those phone calls to relatives and friends. I won't guarantee it will work, but perhaps a too lengthy conversation could be ended with "I'm sorry, but my little minute-timer tells me I really must hang up now." (Let me know if it works, I haven't tried this one)."