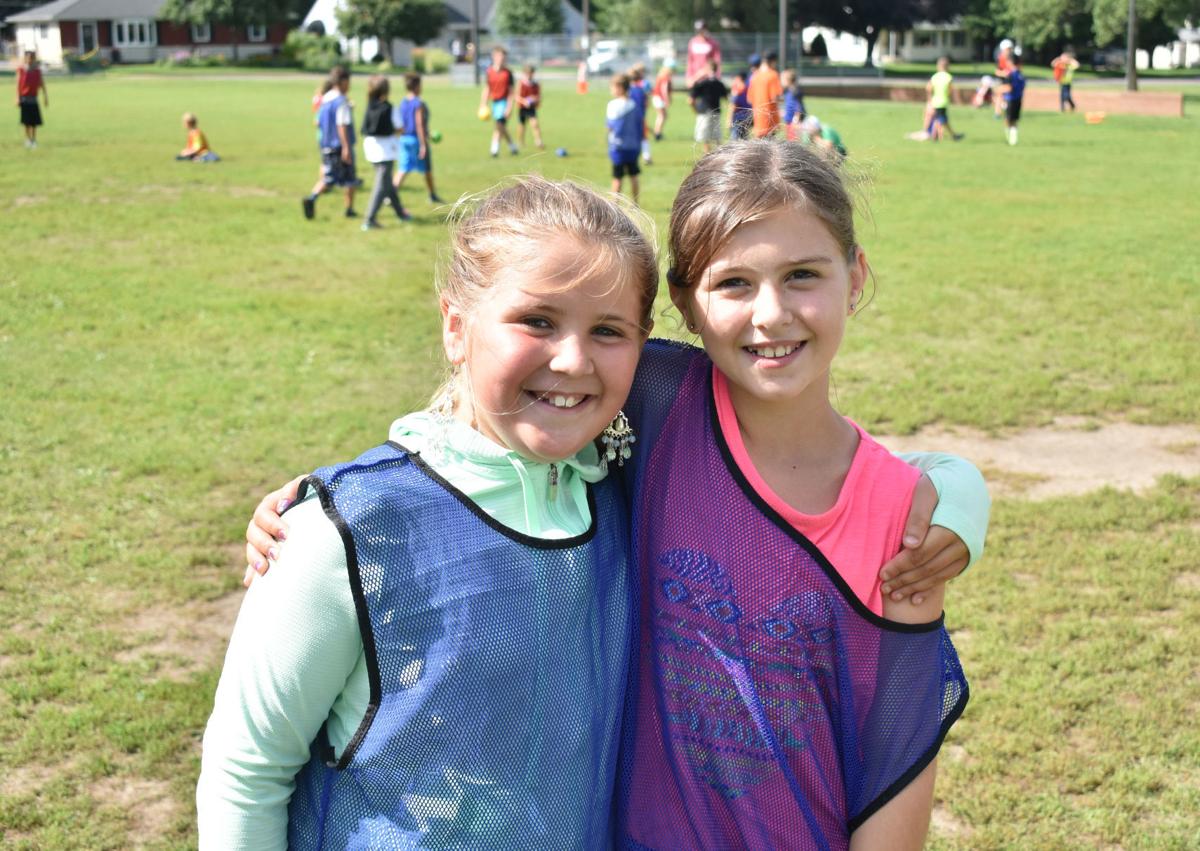 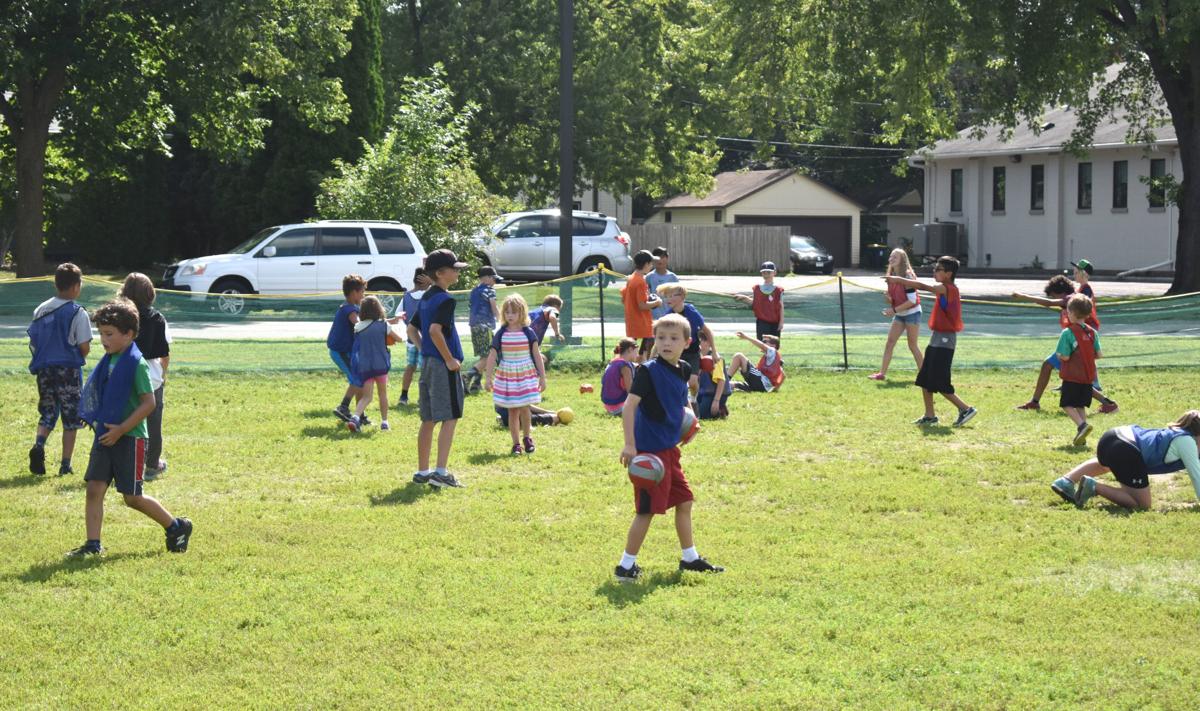 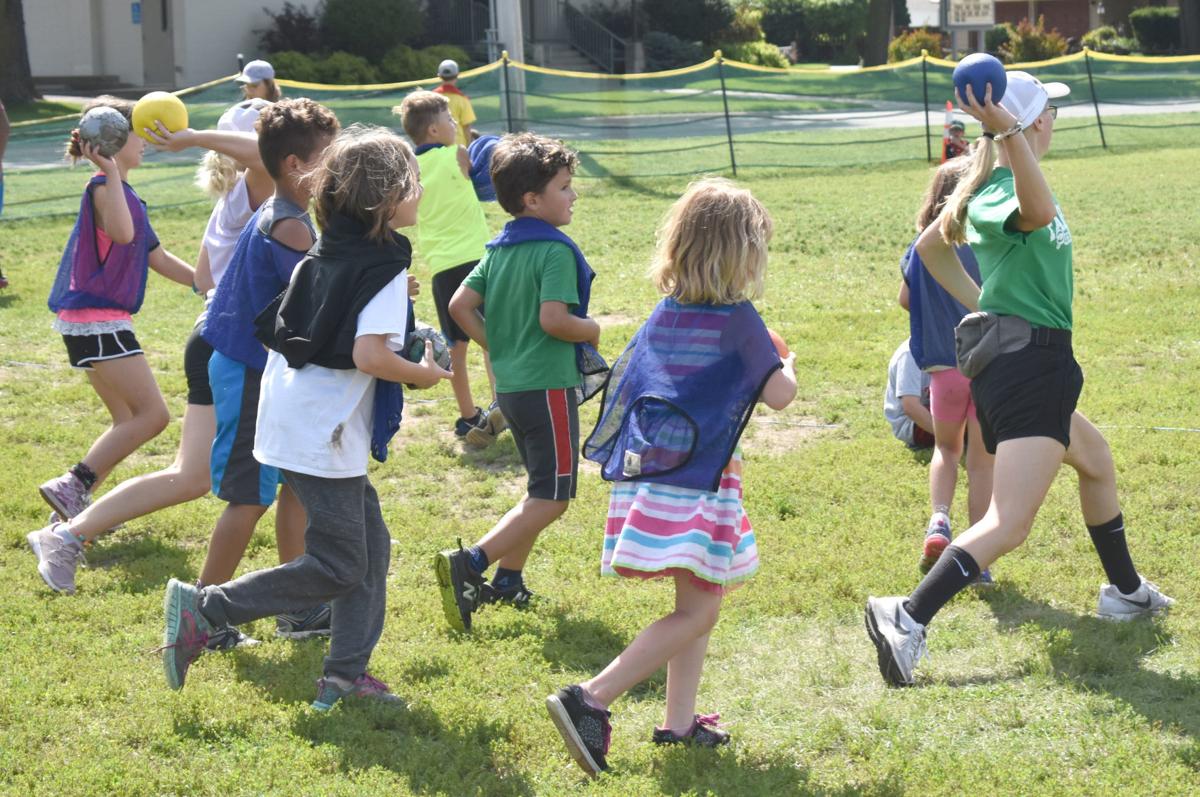 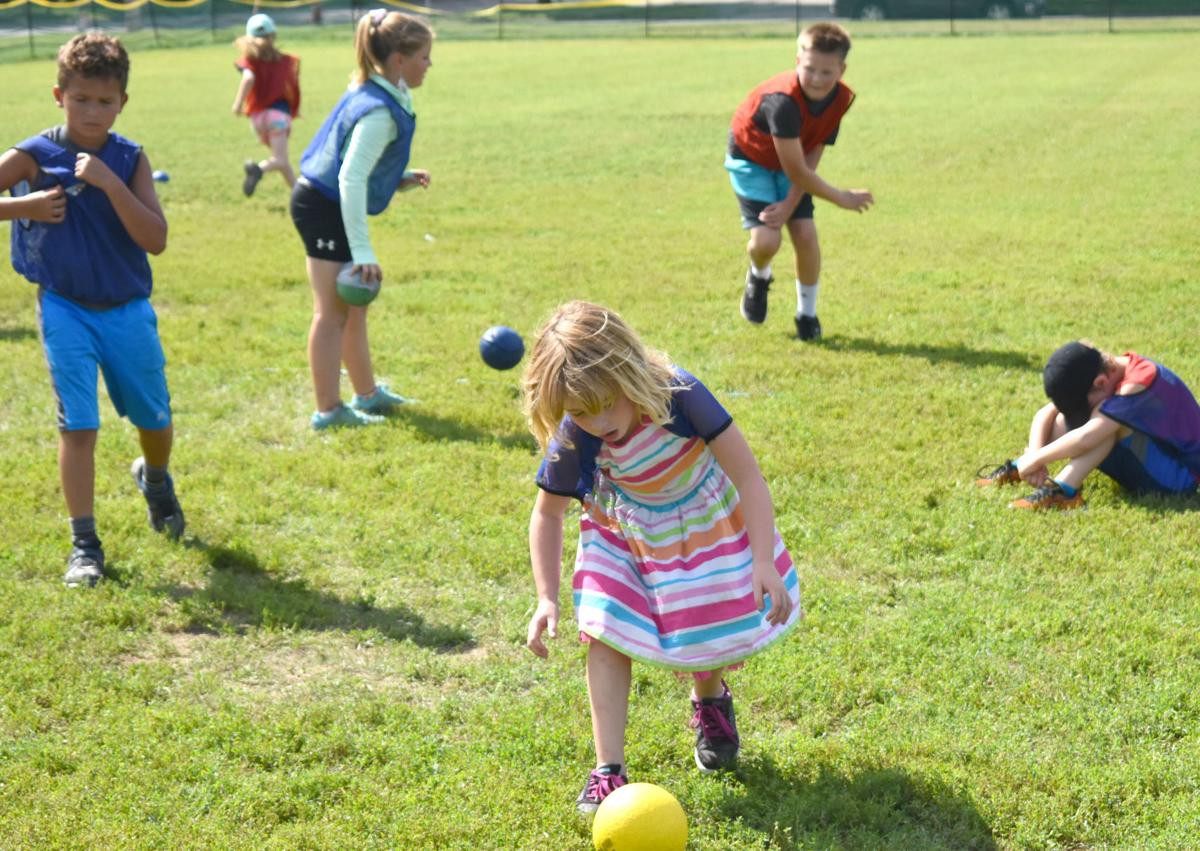 Children ages 6 to 12 all play together when they attend the Fun Center Camp offered through Faribault Parks and Rec. (Misty Schwab/Faribault Daily News) 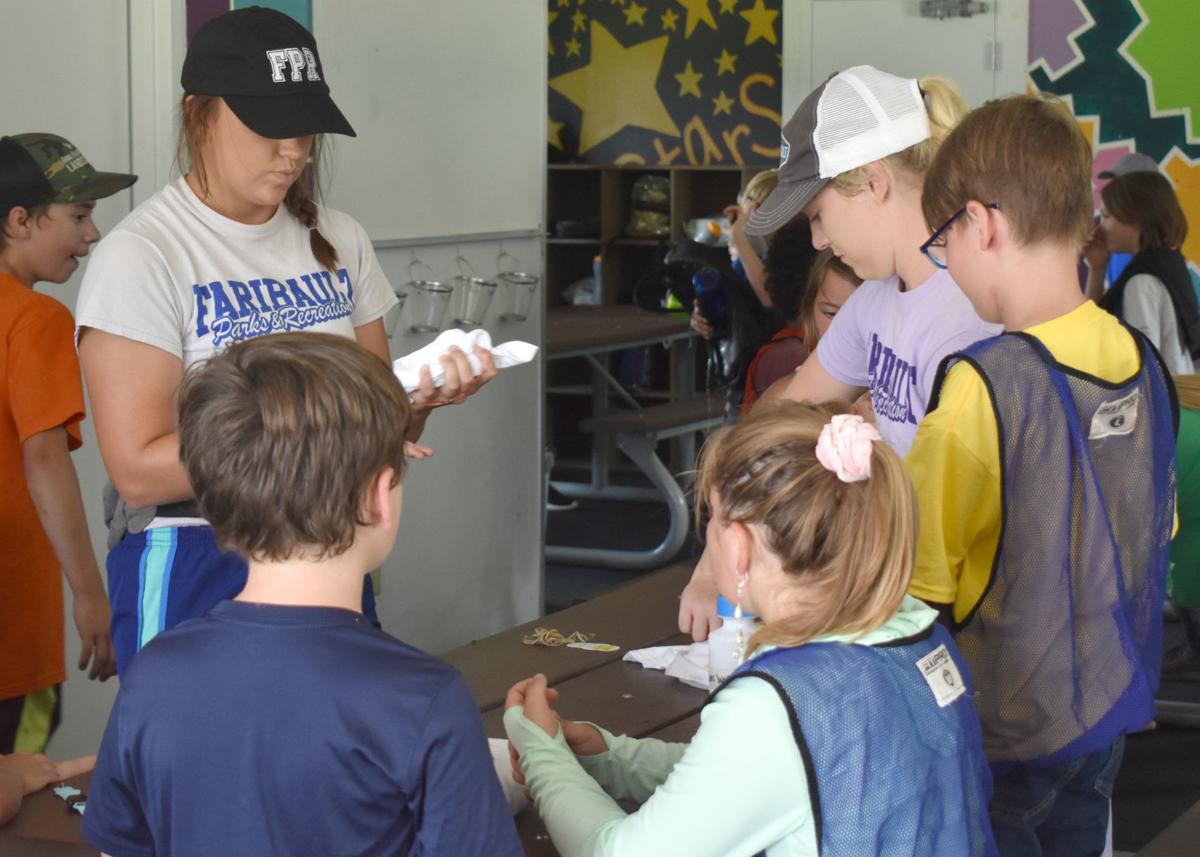 On rainy day or in between games, Fun Center Camp attendees gathered in the Jefferson Elementary warming house behind the school. On the last day of camp, the leaders tie-dyed T-shirts for the kids. (Misty Schwab/Faribault Daily News)

Children ages 6 to 12 all play together when they attend the Fun Center Camp offered through Faribault Parks and Rec. (Misty Schwab/Faribault Daily News)

On rainy day or in between games, Fun Center Camp attendees gathered in the Jefferson Elementary warming house behind the school. On the last day of camp, the leaders tie-dyed T-shirts for the kids. (Misty Schwab/Faribault Daily News)

If it’s true that time flies when you’re having fun, summer passed in the blink of an eye for the 50-plus children who attended Faribault Parks and Rec’s Fun Center Camp.

The Fun Center Camp began for a couple weeks in June, returned in July, and officially wrapped up its final section Thursday. Offered to children between the ages of 6 and 12, the camp involved a wide variety of outdoor activities from 9 a.m. to 4:30 p.m. at the Jefferson Elementary Park.

Fun Center Camp Supervisor Hannah Robb, a rising senior at the University of Wisconsin-River Falls, began working for Faribault Parks and Rec seven years ago as a high school freshman. Throughout the years, she’s developed close friendships with the other camp leaders, who spend their summer breaks from school engaging youth in games and crafts.

“I really get paid to play, and it’s the best job I could imagine for summer,” said Robb, who returned to college just one day after the camp ended.

The number of children who attended the camp fluctuated from day to day, said Robb, but the average day involved 50 to 60 kids. She credits the staff members, who participate in the games right along with the youth, for holding the large turnout together.

Camp mornings typically began with group games related to various topics, like science or American Sign Language. Since one of the main camp goals was to eliminate excessive screen time for youth, Robb and the camp leaders kept the children outside as often as possible. In the event of inclement weather, they gathered in the Jefferson Elementary warming house to watch movies on a projector or play board games.

Brenna VanDerVeen, 9, and Kyleigh Berken, 8, agreed the Fun Center Camp pushed them to spend time outside.

“I’d be sitting inside [otherwise], and this is better,” said VanDerVeen.

Being outdoors didn’t always mean running around for these Fun Center campers. Berken described one of her favorite activities as a rainbow scratch-off, which involved using a stick to scrape away at a dark coating to reveal an array of color.

New this year, campers voted on their favorite “SPiTZ” (Special Interest Time) activities to do in the afternoon. Leaders introduced novelty activities, like making slime, based on the campers’ interest. VanDerVeen said this time, held on Tuesdays and Thursdays, was her favorite part of the camp because she spent it making friendship bracelets and playing cards.

Each Wednesday presented a different theme at the camp, including jersey day and a Jurassic Park theme in conjunction with the Aug. 1 Pet Parade. On a water-themed day, the campers played on a Slip and Slide.

Eight-year-old Logan Nelson said he enjoyed the Fun Center Camp because “you get to hang out with all your friends.” For activities, his top favorite was a game called Trench. Similar to dodgeball, Trench requires players to stand between cones after being hit by a ball.

The Fun Center Camp wasn’t just open to Faribault students. Children from local communities like Medford and Northfield join the camp annually, giving them an opportunity to meet new friends they reconnect with exclusively at camp.

Jasmine Fischer, 10, came from Lonsdale to attend her first Fun Center Camp. Though she already knew one other camper, her cousin Tatum Kellstadt, 9, she admitted she didn’t want to attend the camp at first. But as the weeks passed and she made new friends, she was able to say on the last day, “I know everyone here.”

What's going on with Faribault Parks and Rec this fall? Check out the recently released Buckham Bulletin for a complete listing of upcoming activities. The bulletin is available to download at faribault.org/216/The-Buckham-Bulletin.