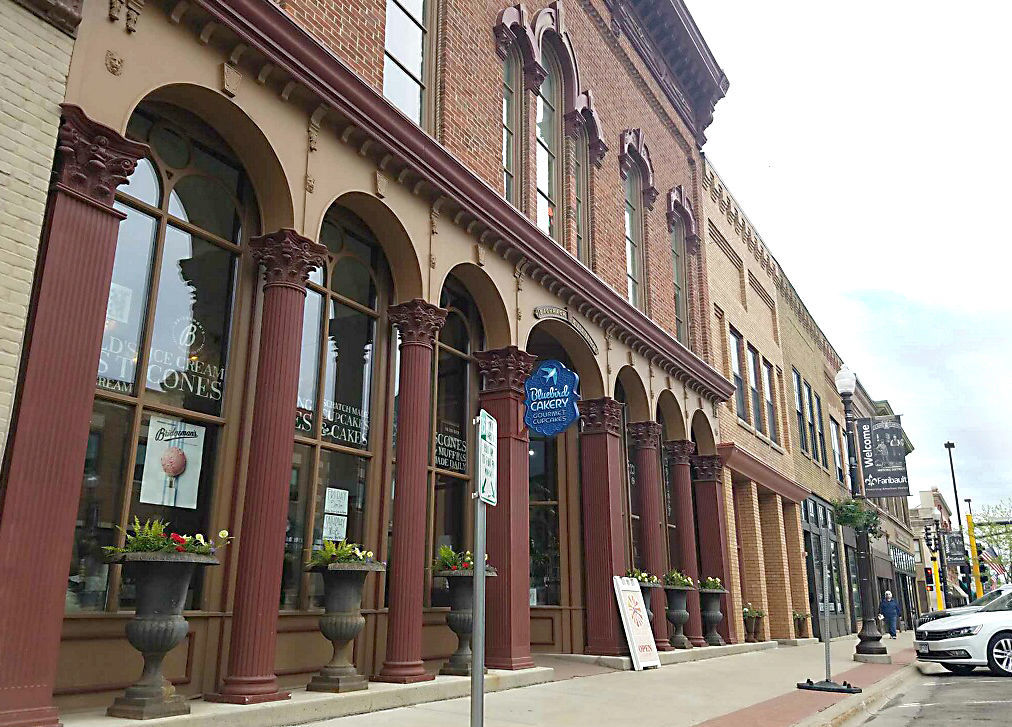 After nearly five years of operation, downtown Faribault’s Bluebird Cakery is no more. That loss and the closing of its neighbor, The Cheese Cave, has the city working harder to help local business stay afloat during the pandemic. (Michelle Vlasak/Faribault Daily News) 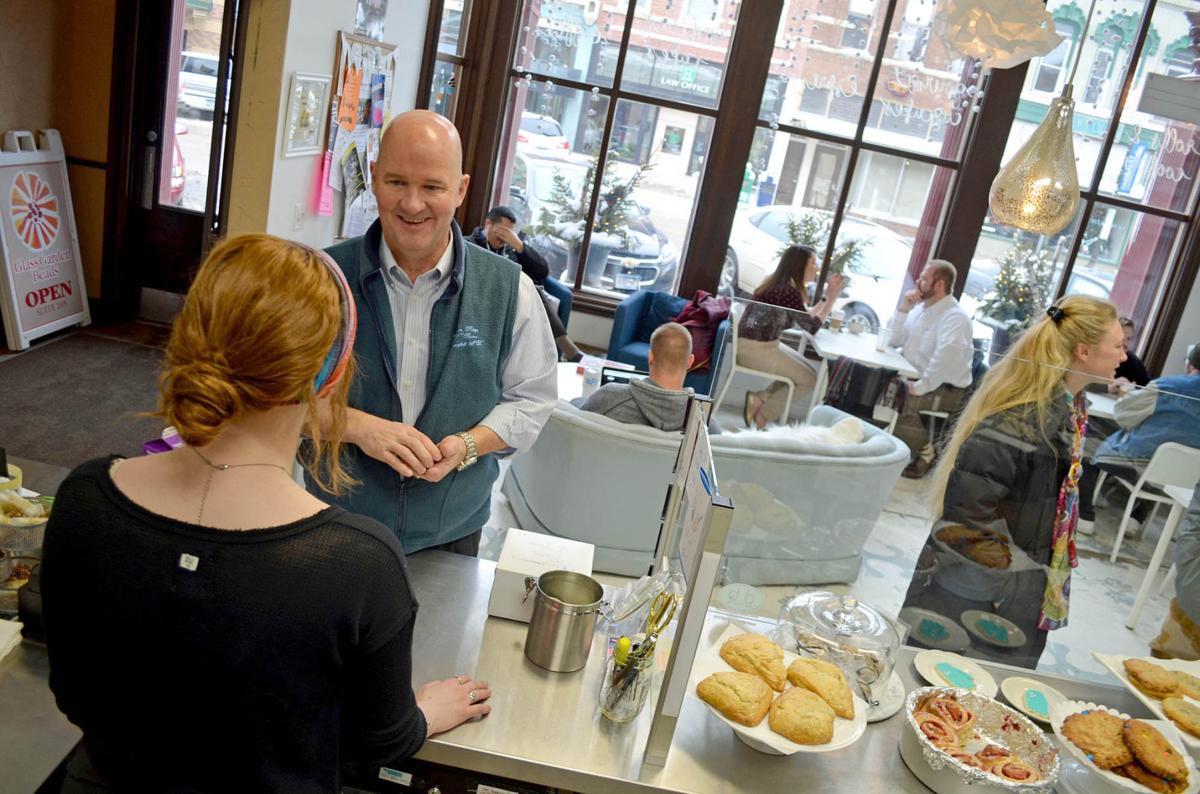 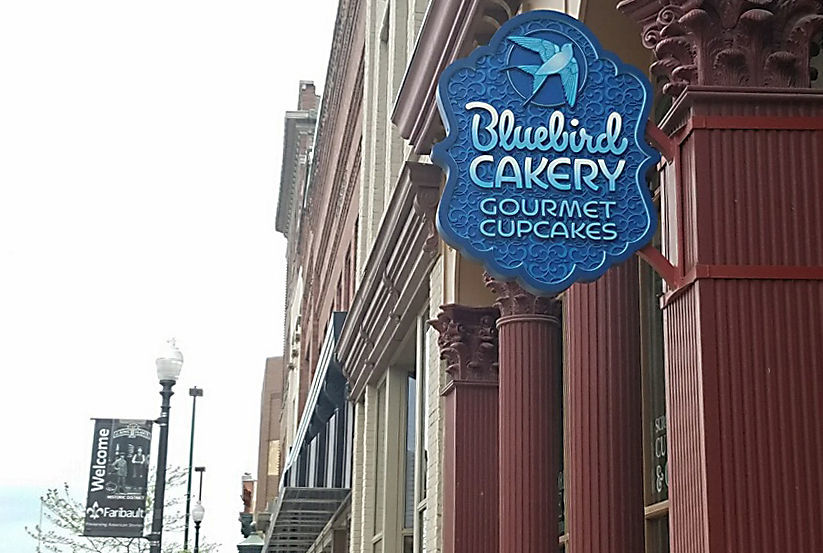 It wasn’t just the loss of walk-in clientele that led Bluebird Cakery to close, it was the orders for cakes and pastries for events that have been cancelled due to the novel coronavirus. (Michelle Vlasak/Faribault Daily News)

After nearly five years of operation, downtown Faribault’s Bluebird Cakery is no more. That loss and the closing of its neighbor, The Cheese Cave, has the city working harder to help local business stay afloat during the pandemic. (Michelle Vlasak/Faribault Daily News)

It wasn’t just the loss of walk-in clientele that led Bluebird Cakery to close, it was the orders for cakes and pastries for events that have been cancelled due to the novel coronavirus. (Michelle Vlasak/Faribault Daily News)

After five years as a community gathering spot and fixture of Faribault’s Downtown Historic District, May 30 will be the Bluebird Cakery’s final day of operation. In a statement published on Facebook, owner Kelsy Willison expressed deep disappointment and thanked the bakery’s staff and loyal customer base.

“This announcement brings me a tremendous amount of heartache,” she said. “I love the business that we have built together.”

Willison said that ultimately, the decision had to be made because the pandemic had eviscerated its business. In addition to its everyday clientele, the Cakery often catered for weddings or other large group events, which are now postponed indefinitely.

"Our hearts ache for (Kelsy) and the Bluebird crew," said Faribault Area Chamber of Commerce and Tourism President Nort Johnson. "They’ve been a great fixture in downtown for the last few years and they will be missed."

Bluebird isn’t the first downtown eatery to close as a result of the pandemic. Earlier this month, its former neighbor the Cheese Cave announced it would close permanently after more than a decade in business. The downtown eatery and retail shop served as an outlet for The Caves of Faribault and Swiss Valley Farms, serving a wide variety of cheeses, some produced just down the road. The Caves of Faribault continues to operate.

Even before the pandemic, vacant storefronts dotted the city’s downtown historic district. According to the city's Downtown Master Plan approved last year, one in five downtown buildings are either vacant or have been “converted to unsupportive use.” Still, years of strong economic growth nationally and regionally clearly benefited downtown Faribault, helping it to add small businesses to its storefronts. Continued downtown growth is at the heart of the city’s vision for its future.

With the economy in sudden turmoil, any vision for a vibrant downtown that includes strong small businesses, is suddenly at risk.

So far, the Economic Development Authority hasn’t put together any special program to help businesses through the pandemic. But that’s not to say the EDA isn’t doing anything to boost downtown businesses. At its Thursday morning meeting, the board again approved two programs that have given downtown business a significant boost over the last several years.

Under the vision laid out in the city's Downtown Master Plan, industrial/retail facilities would be replaced with housing and amenities. In order to accommodate new residents, the city is focused on increasing walkability as well as adding bicycle routes, parks and green spaces.

The first, the Downtown Commercial Rehabilitation & Exterior Improvement Program, was launched in 2016 as a joint effort with the City Council. It’s designed to help downtown building owners keep up with building maintenance by covering a part of the cost.

Under the program, loans are awarded on a first come, first served basis, with a maximum award of $15,000. They are forgiven after five years unless the building is sold within that time span, in which case they must be repaid entirely. Eligible projects included building and facade improvements as well as interior improvements related to HVAC systems, sprinkler systems and/or elevator installations. Reimbursement rates vary depending on the type of project.

Since its inception, the program has provided $680,000 in assistance, helping business owners to invest $1.2 million in downtown. The EDA earmarked $200,000 for the program in its 2020 budget, and $60,000 in unused funds from last year remain available.

Numerous local businesses have already taken advantage of the hiatus in business to tackle important and overdue maintenance projects. However, other store owners and businesses lack the resources to make that happen.

“We might not see a lot of building owners investing in projects now if they don’t have tenants,” Kuennen said. “We want to be sensitive, yet encourage investment.”

The EDA also approved $50,000 in funding for a 2020 Micro Grant Program. The 2020 program is designed to build off of its success in 2019, with half of the funding earmarked for businesses in the downtown district. Implemented in coordination with Faribault Main Street, the Micro Grant Program provides businesses with 50 or fewer employees with grants ranging from $500 to $5,000. An additional $10,000 has been budgeted to market and run the program.

Micro grants are designed to encourage entrepreneurial spirit by helping small business owners fund innovative projects. The application process is competitive, with businesses asked to make a case for their project.

Once they’ve received the grant, businesses have one year to bring a final project to fruition. They are required to demonstrate at least a 50% cash match for the project, though they’re also encouraged to seek out resources from other agencies.

Still, those two programs weren’t enough for everyone on the EDA. Board member Matt Drevlow, who owns the building that housed both Bluebird and the Cheese Cave, urged the EDA to take special action to help at risk downtown businesses.

“I think we need to get something done … or there’s not going to be a whole lot left of downtown soon,” Drevlow said.

Markman said that while staff have explored the possibility, they are waiting to see just how much money the city will receive for small business assistance from the federal CARES Act. She said those resources could dwarf what the EDA could put together on its own.

That funding will be available for the city to utilize as soon as it’s allocated by the state government. City Administrator Tim Murray said that he’s spoken with Sen. John Jasinski, R-Faribault, who told him that the legislature intended to allocate the funding.

However, with the DFL-controlled House and Republican-led Senate were unable to strike an agreement, and legislators ended their regular session Monday without allocating funds. Now, they are likely to be allocated by Gov. Tim Walz via executive order.

'Our hearts ache for (Kelsy) and the Bluebird crew. They’ve been a great fixture in downtown for the last few years and they will be missed.'