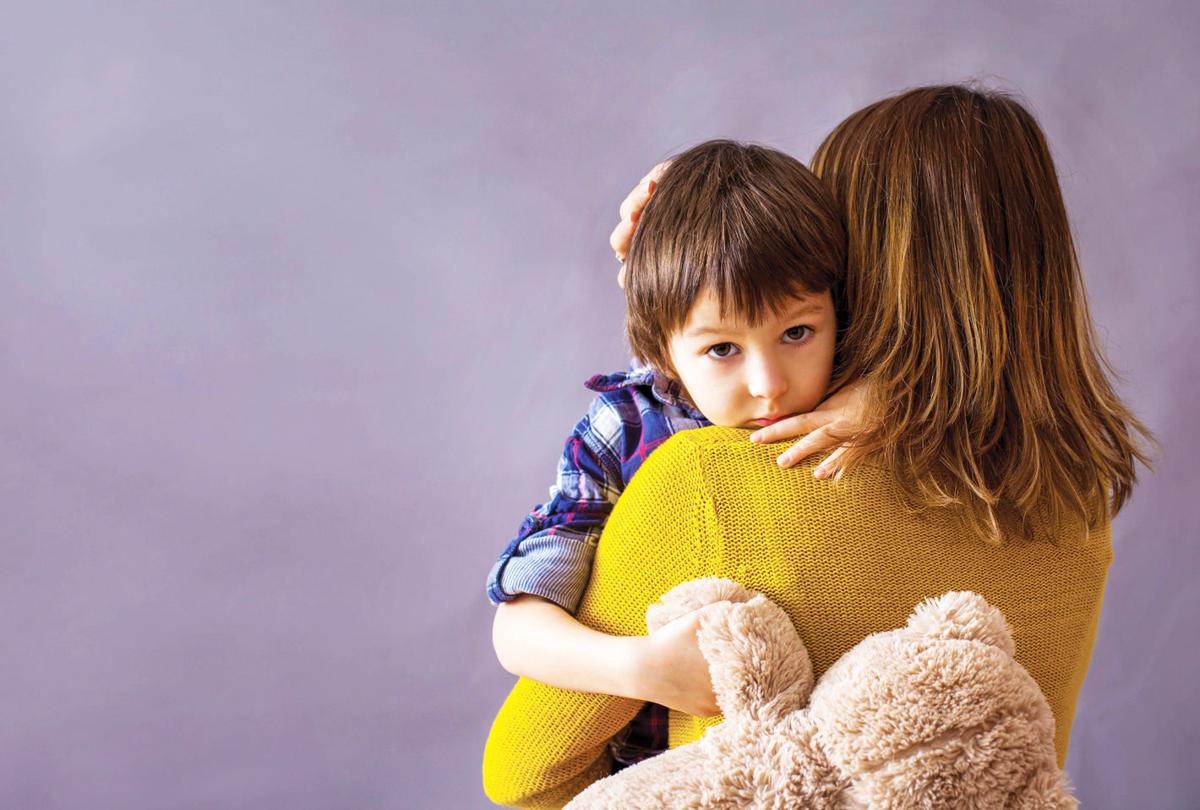 Rice County Social Services staff say they have seen a nearly 40 percent increase in children in foster care in the last three years, largely due to drug-addicted parents. But, they believe, their anti-addiction efforts may be turning the tide. (Metro Creative Images) 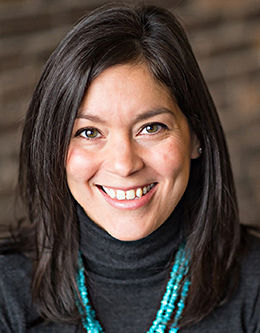 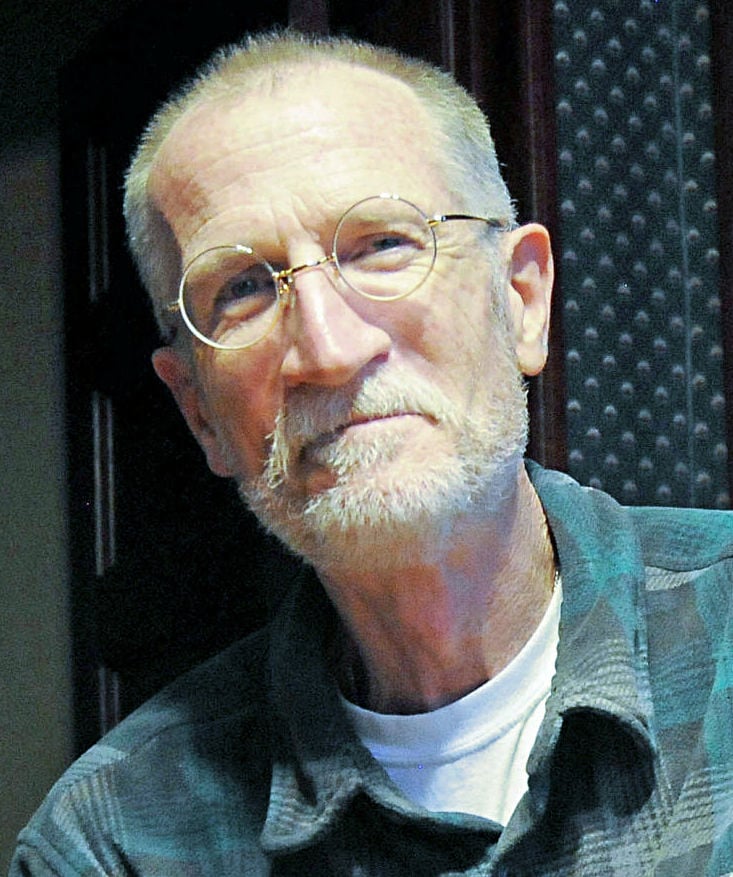 In 2015, the Minnesota Legislature passed laws to strengthen the state’s foster care system, emphasizing intervention and prevention efforts that might allow children from troubled homes to keep living with their parents.

Public officials who work in foster care say it’s the right path to take – though one that many are still trying to navigate.

“We have gotten the message that the answer (to fewer foster care cases) is prevention,” said Nikki Farago, the assistant commissioner of Children and Family Services at the Minnesota Department of Human Services. “But once a child is placed into foster care, that is a deep-end system. When there is lots of trauma, reunification (of child and parents) is not a simple endeavor.”

The movement to reduce out-of-home placements, or limit the time children live in foster homes, has been complicated in many parts of Minnesota by another issue that is sending more children into the system: an epidemic of opioid and methamphetamine abuse.

Last year, according to the Department of Human Services, about 6,700 children and young adults in Minnesota were placed into foster care, bringing the total to about 16,500. The most common reason: Abuse of opioids and methamphetamine, which was behind 32 percent of those 2018 placements. (Allegations of neglect and abuse were the two other leading causes). In 2013, drug abuse accounted for just 17 percent of foster care placements, the agency reported.

Moreover, those children who end up in foster care because of parental drug abuse end up staying in the system longer than other children, taxing social workers and county budgets alike. “We have kids that are continuing in care longer because their parents are working on their sobriety and recovery,” Farago said. “Just given the nature of drug addiction and recovery, it’s a longer process.”

In Minnesota, counties administer foster care with guidance from the Department of Human Services. Counties cover about one-third of the costs related to foster care – largely through support payments to foster families – with the state and federal governments picking up the rest of the tab. In 2015, the Legislature increased foster care funding by $50 million, much of it for counties to provide more and earlier services. The new federal law, meanwhile, could also include financial aid for counties that invest in prevention efforts.

MinnPost took a look at the experiences of three Minnesota counties that are navigating these new foster care realities: tiny Cook County, in the far northeastern corner of the state; northern Minnesota’s Beltrami County, which includes the Red Lake Nation; and Olmsted County, in the more densely populated southeast. The Daily News contacted Rice County officials to compare the situation locally to others across the state.

James Marthaler, a mental health supervisor with the Rice County Social Services Department, said that the number of children in Rice County’s foster care system has risen dramatically over the last several years.

Marthaler attributed the overwhelming majority of the increase to increased opioid and meth abuse. As a mental care worker and former opioid addict who used the drug for debilitating genetic condition, Marthaler said that many people are turning to drugs as a way to “self-medicate” amidst stress and mental health issues

“Not only do opioids melt away physical pain, they melt away all emotional pain,” he said. “It’s an easy fix to feeling so bad all the time.”

Earlier this year, Rice County received a $210,000 grant from the Minnesota Department of Health and Human Services to address the opioid crisis. Marthaler said that in partnership with the Northfield Healthy Community Initiative and the Mayo Clinic, the county is working to bring more prescription-assisted treatment options to Rice County.

Marthaler said that while certain drugs can help with the symptoms of opioid withdrawal, not all doctors are licensed to administer them. In addition, physicians are only able to prescribe the anti-opiates to a limited number of patients. No doctors certified to prescribe anti-opiates are currently based in Rice County. Marthaler said a portion of the grant money would go toward expanding access to these lifesaving drugs.

Marthaler said there’s evidence that increased investment in anti-opioid and drug addiction efforts may be beginning to turn the tide.

“It’s such a complex issue there is no easy answer,” he said. “I know our physicians are much more careful and aware… that wasn’t the case, even a few years ago.”

Cook County’s courthouse rises a few blocks from one of the more majestic scenes in northeastern Minnesota: the iconic Grand Marais harbor on the shores of Lake Superior. Inside the sandstone building, Alison McIntyre oversees the county’s Public Health and Human Services Department that, among other things, handles foster care cases.

The county’s location provides some challenges in caring for children who need foster care. For instance, children who need mental health care must be taken to Duluth – 120 miles down the shore – for diagnoses and, sometimes, residential care. Moreover, the county also helps Native American children from the Grand Portage Band of Chippewa Indians, careful to follow federally mandated cultural guidelines.

In recent years, Cook County, with a population of 5,400 people, has been responding to about 100 reports of children in troubling situations who might need to be placed in foster care. In 2018, for example, the county received 101 reports of alleged maltreatment and ended up placing 26 children in foster homes. (Reports come from police officers and social workers, or sometimes from teachers or others who work with children).

Beginning in 2015, in response to the state legislation, Cook County began to beef up its staff to address foster care needs. The county now has a supervisor, two child protection social workers, a mental health case manager and an intake social worker who helps to manage some cases. State funds help to cover the positions.

The number of annual reports the county investigates has risen – from 33 a decade ago to 68 in 2013 to the 101 from last year. About 1,500 staff hours went toward children’s services in 2013; today, that figure has increased to 3,900 hours, according to the agency. Some of the prevention measures include support programs for parents and efforts by the county to work with struggling families voluntarily.

In McIntyre’s view, the changes have brought “stability and depth” to the staff as it works with families. It’s also likely helped to cut expenses; placement costs dropped from roughly $324,000 in 2013 to $221,000 last year.

Some counties have a far different story to tell. Beltrami County in northern Minnesota, which includes the Red Lake Nation, has struggled financially to cover the costs of foster care for the past several years.

County Administrator Kay Mack said she saw a “fiscal cliff” looming on the horizon not long after she was hired seven years ago. She has testified at the Legislature the last two years in support of two measures to ease the county’s financial burden: more money for foster care and changes in the way the tribal government is reimbursed for foster care services.

For the past five years or so, the county has spent about $3 million annually on out-of-home placements, which is about 14 percent of the county’s tax levy, Mack said. The county has had to dip into its reserve account to cover foster care costs, she said.

In 2017, 1,284 children were in the foster care system in Beltrami County, which has a population of about 46,000 people. (The number of foster care cases was split about evenly between the county and the Red Lake Nation).

“The trend line was getting steep and had gotten steeper and steeper and placements were going up each year,” Mack told MinnPost. The police officers and social workers she has talked with estimate that drug abuse is behind 85 percent of the out-of-home placements in the county. “Drug dealers follow poverty,” she said.

The Legislature responded to Beltrami County’s lobbying efforts, approving a $3 million, one-time allotment to help the county with foster care costs and passing a measure to have the state fully fund foster care placements in the Red Lake Nation, relieving the county of those costs.

“We are talking about a sad number of children who are being placed outside of their parents’ homes,” Mack said. “It’s a terrible social cost for these poor children, of course, and then there’s the financial reality on top of that.”

She isn’t sure of the answer. “We can’t levy our way out of this,” she said.

Tiffany Kacir, Olmsted County’s program manager for foster care cases, said substance abuse was behind a third of the county’s out-of-home placements in 2018, complicating how cases are managed. “It presents some challenges for (family) reunification,” she said. “We want to put our full efforts into that, but we know that court timelines, for example, don’t always line up very well with recovery timelines.”

“It can be a pretty short timeframe for someone who has a significant addiction to make progress and reunify,” she added.

Kacir said the county is always prepared to “flex the budget” when substance abuse is involved in foster care cases. “Those kids are in foster care longer to ensure their safety,” she said. “We recognize addiction as a huge challenge to overcome.”

Nearly lost in the discussion of funding and drug abuse is another emerging problem: a shortage of foster care families.

As a backup option, Olmsted County must sometimes make use of shelters, for children who are 12 and older, or families that are willing to house children on an emergency basis, generally for one week or so.

In five years’ time, from 2013 through 2018, the number of children in foster care across Minnesota jumped from 11,500 to 16,500, according to the Department of Human Services. The agency promoted the need for foster care families during the month of May, reaching out to potential families through counties and nonprofit organizations and through high-profile events like Twins games. Farago hopes people will answer the call.

“We have 10,000 kids (in the foster care system) on any given day – the highest number that we have ever had,” said Farago, the assistant commissioner. “We are looking for a deep pool of foster parents.”

To become a foster parent in Rice County:

• If you would like to apply, contact the licensor to schedule a home interview, and begin the process of licensure.

• Home study information will include family relationships, family activities, discipline techniques, communication skills, and expectations of foster care. It is also important to determine the areas of care, and types of children that work best for the prospective foster family. Six hours of orientation and 12 hours of training related to foster care, is required for the initial year of licensure.

• When the application process is completed, the agency shall forward its licensing recommendation to the Department of Human Services within 20 days.

• The licensing process may take up to three months, to allow time for background checks, medical information, home study and scheduled training.