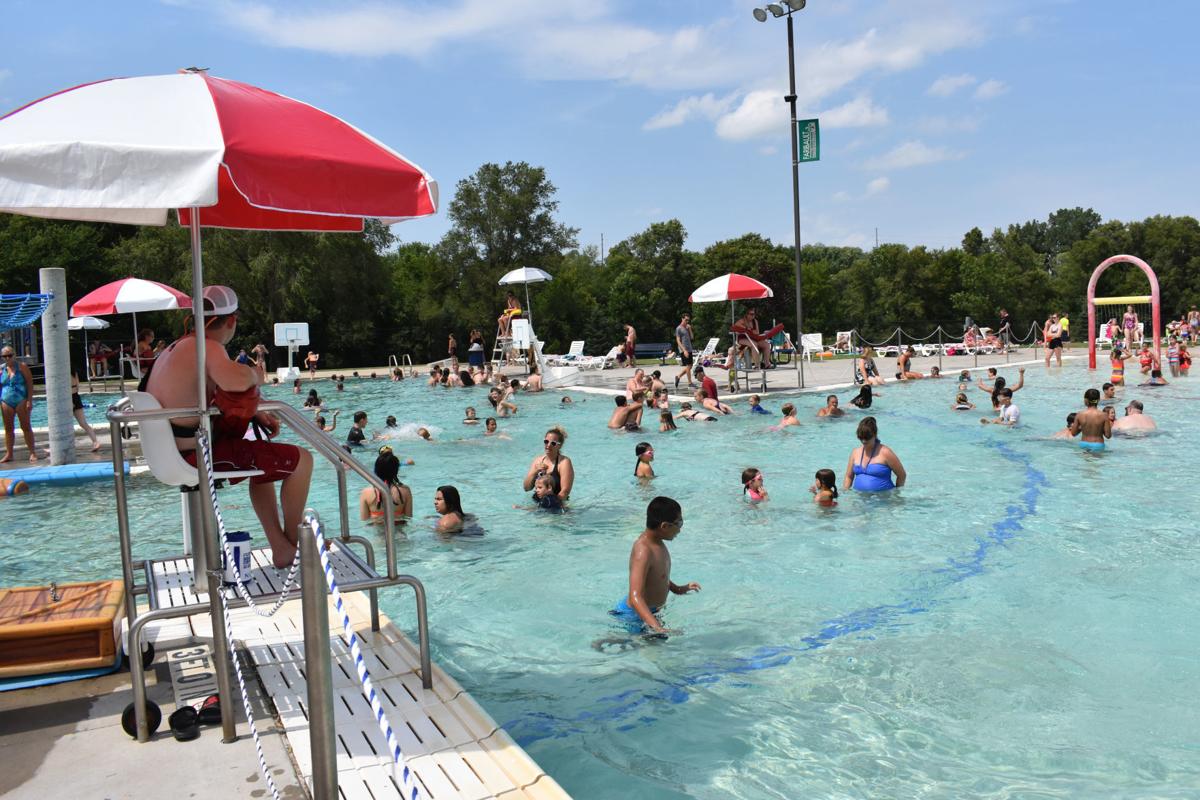 The City Council will decide whether to open the Faribault Family Aquatic Center this summer later this month. Earlier this year, Minneapolis decided not to open its pools or beaches due to the coronavirus. (Daily News file photo)

Staff layoffs, the removal of rims from basketball courts at city parks and the closing of the Community Center. All the handiwork of the novel coronavirus.

But don’t expect the changes to Faribault Parks and Recreation programming to stop there, says Paul Peanasky.

During a Tuesday evening discussion with the City Council, Peanasky, the city’s Parks and Rec director, laid out the possibilities for the department’s near future. While City Administrator Tim Murray noted that some Minnesota cities have already cancelled recreational programming, Faribault’s council won’t make any decision on its summer offerings for a few weeks.

Under the order of Gov. Tim Walz, the Community Center has been closed since mid-March. While city parks have remained open, their use is restricted, and visitors are expected to follow social distancing guidelines. According to Peanasky, not all community residents have followed those guidelines. For example, large groups have continued to play pickup basketball at city parks.

With a tight budget that is likely to be impacted by a loss of revenue from COVID-19, the city lacks the resources needed for rigorous enforcement. As a result, the department has been forced to restrict services further, in this case by removing rims from basketball courts.

At its April 28 meeting, the City Council approved temporary layoffs for four Parks and Recreation employees. Peanasky and Murray said that with the gym closed and future events unable to be planned, the positions aren’t needed now.

By granting official layoffs, he said the city is enabling the workers to apply for unemployment insurance. The employees will continue to be on the city’s payroll, enabling the laid off employees to resume their duties when the pandemic ends.

Still, Parks and Recreation Department employees have continued to upload videos to YouTube to help people continue with classes such as yoga and tai chi at home. In addition, it took the lead in organizing the April 29 Faribault Community Parade which featured emergency responders and educators and Rice County Social Services staff.

It’s unclear exactly how long it will be before the Community Center reopens, but Peanasky said it’s not too early to start planning for it. He expects that the governor and Public Health officials will recommend a gradual reopening process.

With social distancing protocol, limits on large group gatherings and use of masks and other Personal Protective Equipment likely to persist well after centers like Faribault’s will be allowed to reopen, Peanasky acknowledged that programs are likely to look different for some time.

Even though many community members may be itching to get out of the house, several Councilors were uncomfortable with the idea of opening up the Community Center and expanding programs as quickly as the state allows.

Councilor Elizabeth Cap said she was most concerned about public health and safety. Cap noted that Rice County has already had one resident die from complications related to COVID-19 and said that if minimizing contact as much as possible could save more lives, it would be the right move.

“I would err on the side of caution,” she said. “We’ll have other summers.”

For Councilor Royal Ross, the city’s fiscal situation is also a concern. Given the strict restrictions on class sizes, and requirements of strict cleaning and distancing protocol, Peanasky said that the city could incur a loss on some classes, unnerving the Councilor.

“To run programs at a loss for a very limited number of participants, that’s something I can’t go along with,” he said.

The council designated Viscomi, Cap and Mayor Kevin Voracek to sit on a temporary committee to evaluate the designation of on-street bicycle routes throughout the committee.

On-street bicycle routes have been considered before, most recently with a demonstration project established on Hulett Avenue between 7th Street NW and 20th Street NW in 2019, but have never been fully implemented.

However, with Faribault residents looking for ways to maintain personal health and fitness, bicycling has become increasingly popular. Growing concern about the environment, which recently led to the creation of a new Environmental Commission, has also increased interest in bicycling.