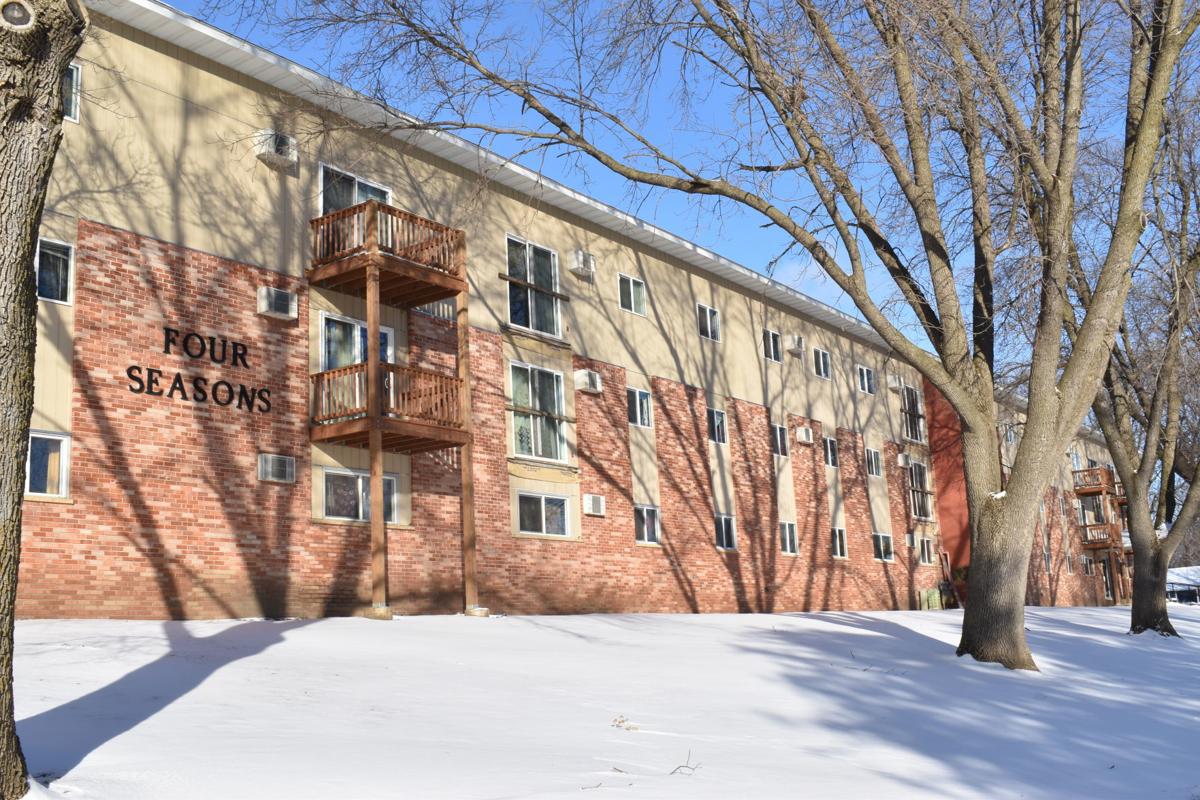 Four Seasons Apartments in Faribault is one of several locations in Rice County where Section 8 housing is available. A lawsuit filed by the ACLU of Minnesota says that Faribault’s Rental Licensing program was designed to impose an undue and discriminatory burden on Somali families. (Andrew Deziel/Faribault Daily News) 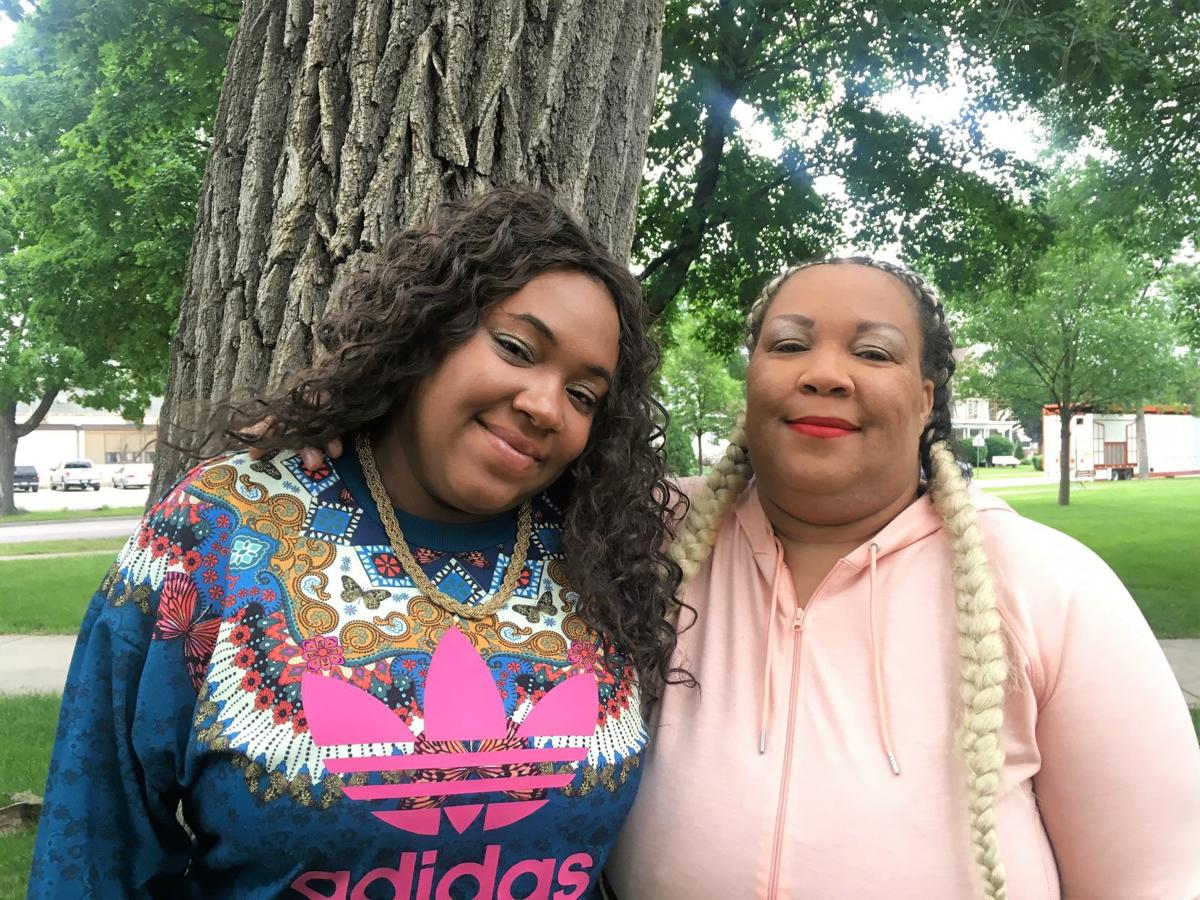 Priyia Lacey (left) is the daughter of Thelma Jones (right). Both are plaintiffs in a federal lawsuit filed in June 2018 against the city of Faribault for what it calls an “unconstitutional” rental licensing ordinance. (Photo courtesy of the ACLU of Minnesota)

Four Seasons Apartments in Faribault is one of several locations in Rice County where Section 8 housing is available. A lawsuit filed by the ACLU of Minnesota says that Faribault’s Rental Licensing program was designed to impose an undue and discriminatory burden on Somali families. (Andrew Deziel/Faribault Daily News)

Priyia Lacey (left) is the daughter of Thelma Jones (right). Both are plaintiffs in a federal lawsuit filed in June 2018 against the city of Faribault for what it calls an “unconstitutional” rental licensing ordinance. (Photo courtesy of the ACLU of Minnesota)

Although Faribault’s City Council moved ahead last fall with minor changes to its residential rental licensing ordinance, the American Civil Liberties Union is pushing forward with its lawsuit, saying the law continues to have racially biased effects.

The ACLU of Minnesota filed its updated complaint Dec. 20, dismissing the city’s changes as superficial. The city denies that it made the changes in response to the ACLU’s lawsuit, saying it wanted to address clerical errors in law and bring it into compliance with the 2018 International Property Maintenance Code.

“These changes have been identified because as we’ve administered the program, we’ve realized that certain areas need to be addressed,” the city’s Community & Economic Development Director Deanna Kuennen said at the time.

The dispute centers around certain provisions of the city’s Crime Free Multi-Housing Program, a national crime-prevention program first implemented locally in 2015. A crime free multi-housing program was explored by the City Council in 2007 and 2008 but ultimately dropped. The effort gained new momentum when the city hired now-Police Chief Andy Bohlen in 2012. Bohlen’s belief that the city needed a crime free multi-housing program was influenced by his time as commander of Dakota County’s Drug Task Force.

Before the program was implemented, the city’s crime rate was in the top 10-15% of cities across Minnesota. Defenders of the program note that since its implementation, crime has dropped by about 13%.

The rental licensing program has also achieved significant successes in increasing the safety of Faribault housing with biennial inspections. Staff have identified 531 dwellings in violation of the property maintenance code out of 2,804 examined.

Among the measures included in the rental housing ordinance were mandatory criminal background checks. The city has argued that the background check was made mandatory to ensure that landlords were making “informed decisions” about who they rent to.

Alejandro Ortiz, one of the ACLU’s lead attorney on the case, said that it’s unusual for a city to mandate background checks. He argues the background check requirement was implemented to encourage renters to illegally discriminate against renters and rental applicants with a criminal history.

On its website, the ACLU notes that the city had previously claimed claimed, “A person’s behavior is not a protected class.” While the statement is technically true, HUD’s guidance said that discriminating against applicants with criminal records may violate federal law. HUD’s guidance didn’t discount the possibility that a criminal record may provide a reason to reject an applicant, but it noted that one-third of the U.S. population has a criminal record of some kind, many for minor offenses.

HUD’s guidance raises concerns over policies which “fail(s) to take into account the nature and severity of an individual’s conviction.” It also said that a policy which relied on criminal arrests, rather than criminal convictions, violates the principle of innocent until proven guilty.

Because African-Americans, Latinos and Native Americans are more likely to have a criminal record than white Americans, prohibition on renting to applicants with past criminal records can be a form of covert race-based discrimination, according to HUD.

The ACLU also asserted that the city’s move to limit the number of residents per rental property has had a “adverse disparate impact” on Faribault’s Somali community. In Faribault, Somali families tend to be large and are disproportionately low income.

If forced to move out of their housing because of the ordinance, large families could struggle to find suitable, affordable housing. Faribault has an extreme housing shortage, with a vacancy rate of less than 1%.

The city has said that the provision is firmly in line with the standards of the International Property Maintenance Code to prevent overcrowding. In fact, by allowing one more than 2 persons per bedroom, the measure is more lenient than the code.

In 2019, the city further modified the code by exempting children under the age of 2 from the occupancy limit. Still, the city argued that the provision is needed because overcrowding can lead to safety hazards and poor quality of life.

However, the ACLU says the issue of overcrowding is a phantom threat designed to mask discriminatory intent. The ACLU cites a HUD study from 2012-16 stating that just 7% of rental housing units in Faribault have more than one person per bedroom.

HUD guidelines note that factors such as the size of bedrooms, the age of children and the availability of additional sleeping areas must be taken into effect when calculating an appropriate occupancy limit.

“To the extent one can show that a particular policy was enacted with the intent to discriminate against a particular protected class, then that makes it unlawful even if it exists without that racial taint in other jurisdictions,” said Ortiz.

In its updated deposition, the ACLU included a significant number of quotes from community members and members of the City Council, which they said strongly suggested that the changes were implemented to discriminate against Somali members of the community.

As part of the lawsuit, then-Mayor and now-State Sen. John Jasinski testified that he received a large number of complaints from downtown business owners regarding the growing Somali population. Jasinski claimed that groups of Somali men standing on street corners contributed to perception of a crime problem.

“The No. 1 complaint I heard about was the Somali population, to be honest with you,” Jasinski testified.

Councilor Janna Viscomi is also prominently featured in the ACLU’s brief. In a 2016 interview on Faribault Community Television, Viscomi argued that the city needed to attract “higher income people” to balance “lower-income people … or we are going to flip like Detroit in a few years.”

Viscomi said she supported President Trump’s travel ban, which restricted travel from numerous countries, including Somalia. Saying that Faribault had been “flooded with people from Somalia,” she expressed a fear the continued refugee resettlement would endanger the city’s future.

“How many people can we put on a boat before the boat capsizes?” she asked rhetorically.

In a 47-page response brief submitted Jan. 2, the city flatly denied nearly all of the allegations made in the ACLU’s brief, arguing that it has scrupulously followed accepted guidelines in its rental licensing ordinance and that any discriminatory effects are incidental.

It has asserted that several of the ACLU’s plaintiffs were the source of repeated phone calls to the police and likely engaged in criminal activity. However, the plaintiffs in question have not been convicted of a crime.

The lawsuit, filed in U.S. District Court, has not yet been set for trial. The city of Faribault’s lead attorney, Paul Reuvers, says he expects to file a motion to dismiss the case soon.

'To the extent one can show that a particular policy was enacted with the intent to discriminate against a particular protected class, then that makes it unlawful …"

'The No. 1 complaint I heard about was the Somali population, to be honest with you.'