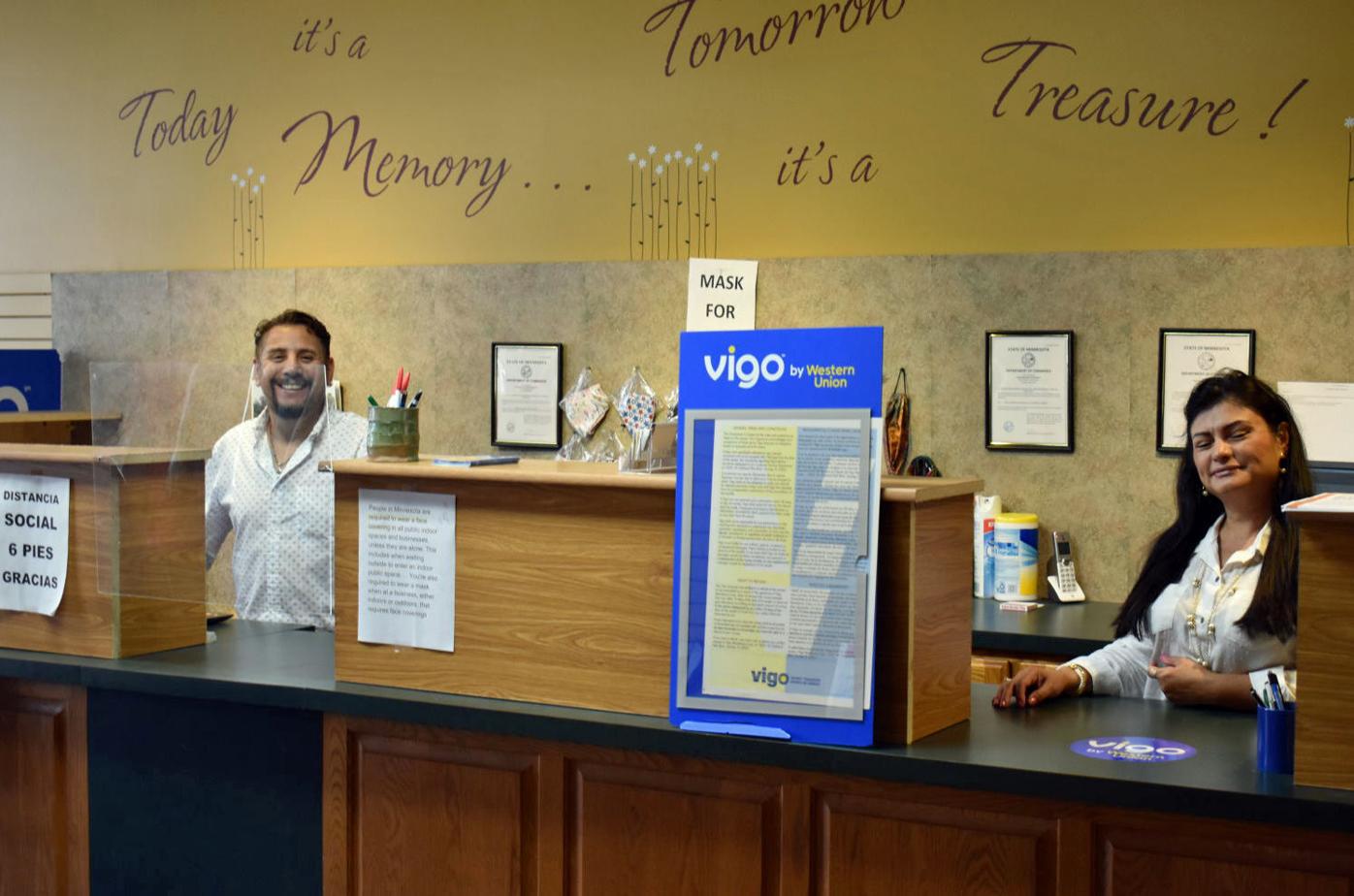 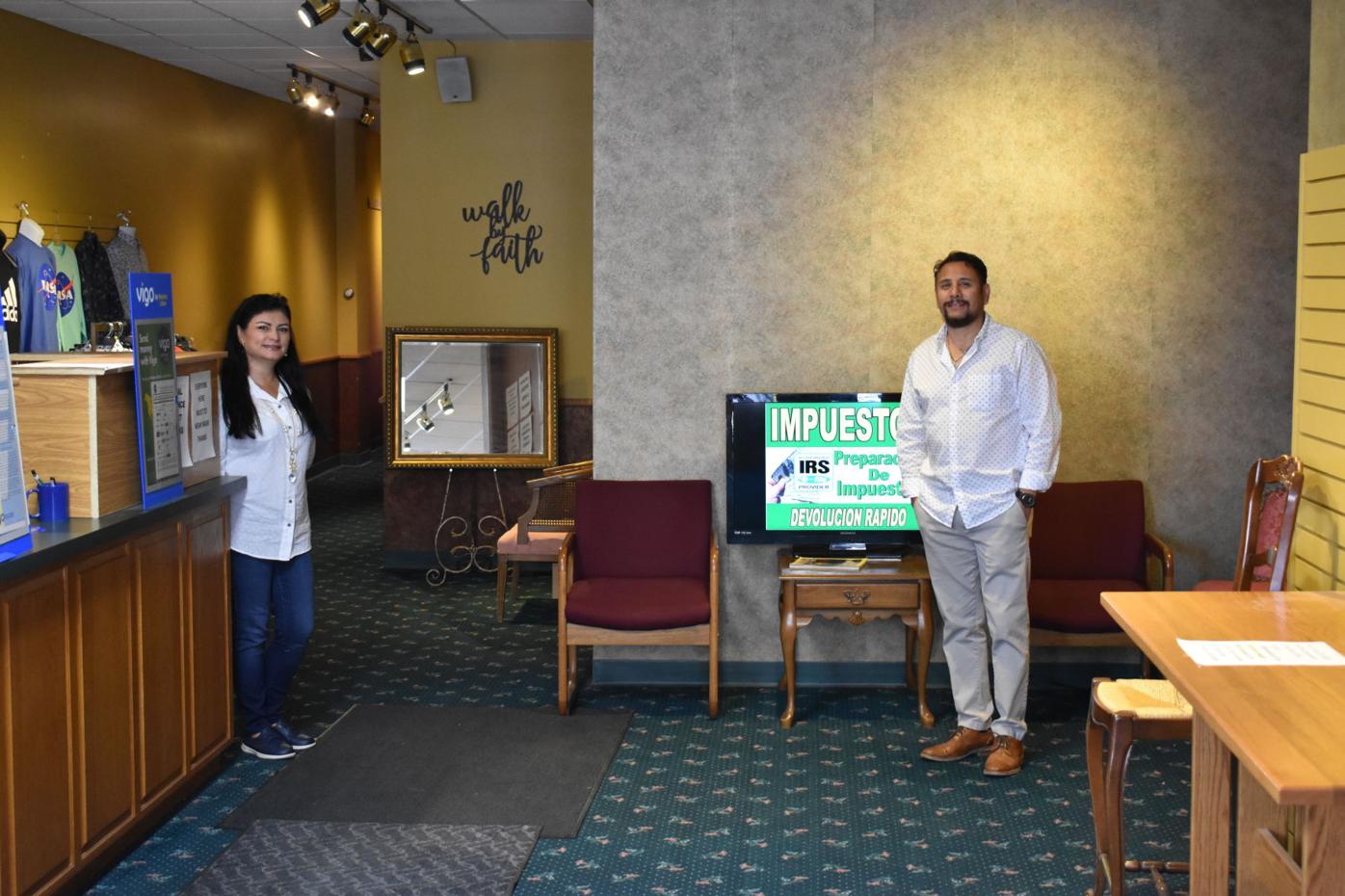 Ana and Luis del Aguila in the new home of Anadelas Novedades at 327 Central Ave. The Aguilas own the building, unlike those their store previously occupied. (Andrew Deziel/southernminn.com)

Ana and Luis del Aguila in the new home of Anadelas Novedades at 327 Central Ave. The Aguilas own the building, unlike those their store previously occupied. (Andrew Deziel/southernminn.com)

After more than a decade of renting a storefront in historic downtown Faribault, a local family-owned business is finding success in its own building.

Luis and Ana del Aguila moved their small store, Anadelas Novedades, to 327 Central Ave in February, just before the COVID-19 pandemic hit. They bought the century-old building from Paul Swenson, a well-known local photographer who was retiring.

Prior to that, the Aguilas rented a building exactly a block down the street at 227 Central for about five years. Before that they rented a different downtown building across the street from Pawn Minnesota. The Aguilas have owned other small businesses in Faribault over the years, including the Taco Campanero Grill at 508 Central Ave. and a grocery store that occupied the building that’s now home to the Cancun Grill.

While those businesses closed, Anadelas Novedades has stayed, with the Aguilas providing check cashing and money transfer services, tax preparation and some retail with a focus on serving the area’s growing Latino community.

Luis del Aguila, a Guatemalan immigrant and U.S. citizen, commented that over the decade that Anandelas Novedades has been in business, the number of local Latino-owned businesses has not grown substantially.

However, he said that his business has seen a steady increase in traffic over the years. Unlike so many other downtown businesses, Anandelas Novedades, as an essential business, stayed open during the brunt of the pandemic. Even with much of the economy shuttered, Aguila managed to continue to do good business. With much of the area’s Latino community working in essential jobs, there was a continued need for check cashing and other services.

“Ten years ago we started out in a much smaller space,” he said. “But we’ve kept growing and growing, and now we’ve bought our own building.”

Aguila said that not having to deal with a landlord has been a great help. He’s been able to collect a bit of extra income by renting up two apartments on the building’s upper floors.

But owning a business in downtown Faribault comes with its own responsibilities. Though they haven’t reached out to Community Development Coordinator Kim Clausen yet, the Aguilas plan to get windows on the upstairs of the building fixed.

Downtown building maintenance has long been a controversial topic at City Hall, with the city recently providing grants to businesses willing to fix their building. An historic structure like the one at 327 Central is eligible for more assistance but also subject to more restrictions.

Faribault Area Chamber of Commerce and Tourism President Nort Johnson said that the Chamber was aware of the move and is pleased to have another successful building owner in downtown Faribault.

“We’re glad to see they’re growing their business in our community,” he said.