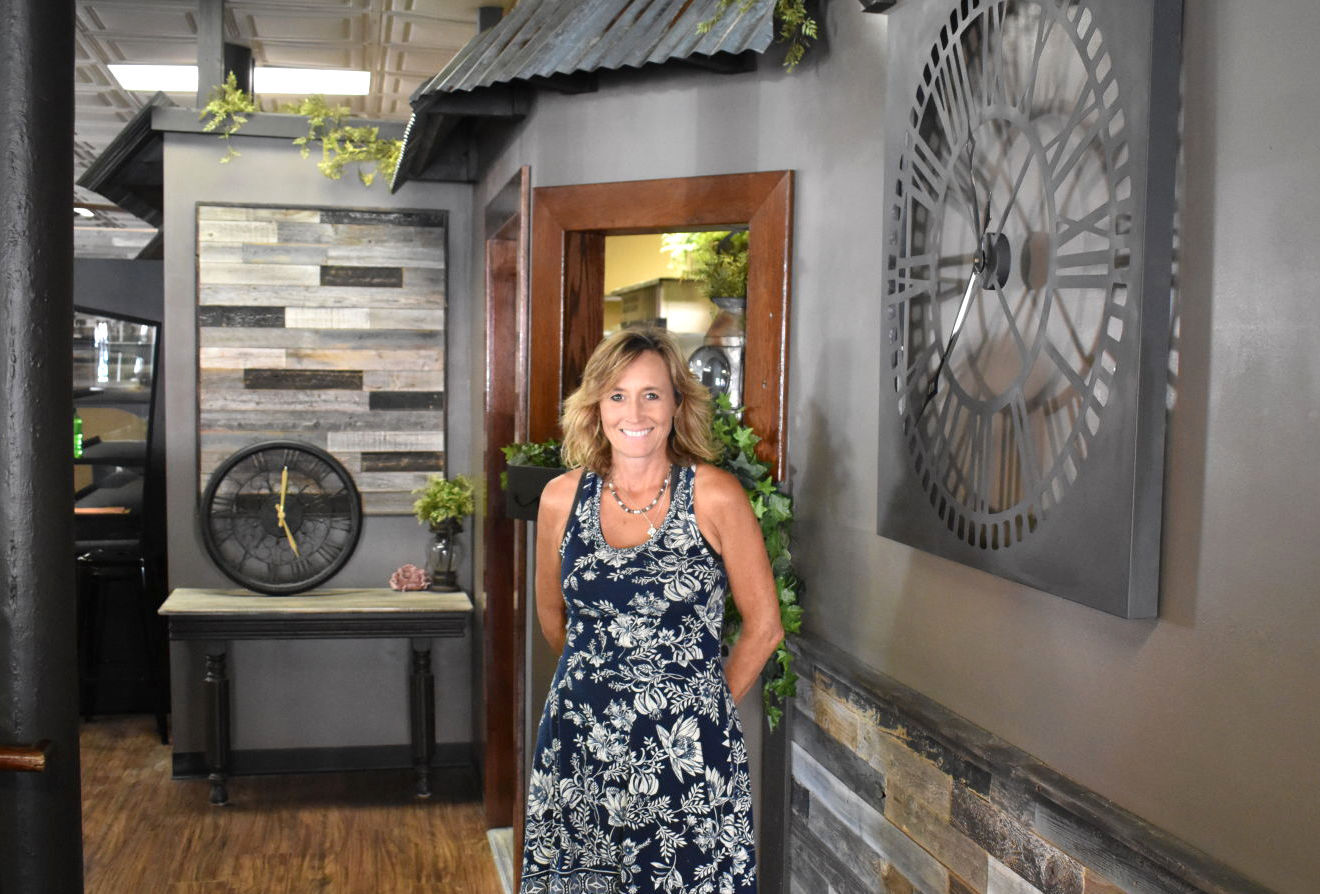 After more than two decades operating Bernie’s Grill in downtown Faribault, Janna Viscomi is preparing to reopen her business with a dramatically different model and a new name. (Andrew Deziel/Faribault Daily News) 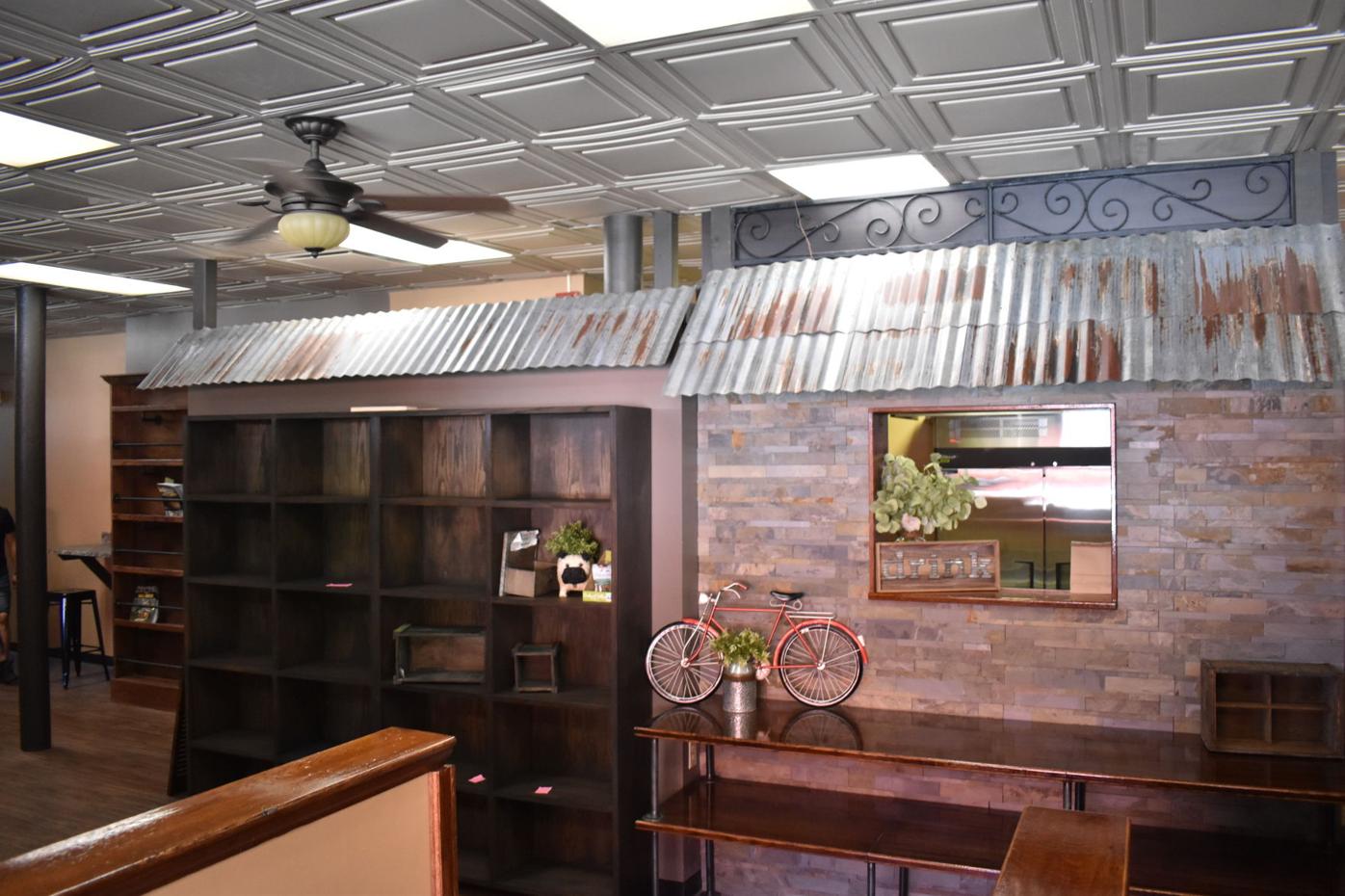 The changes at what’s soon to be Janna’s Market Grill aren’t just to the menu. Viscomi has updated the decor in the Central Avenue restaurant. (Andrew Deziel/Fariabult Daily News)

After more than two decades operating Bernie’s Grill in downtown Faribault, Janna Viscomi is preparing to reopen her business with a dramatically different model and a new name. (Andrew Deziel/Faribault Daily News)

The changes at what’s soon to be Janna’s Market Grill aren’t just to the menu. Viscomi has updated the decor in the Central Avenue restaurant. (Andrew Deziel/Fariabult Daily News)

7With the COVID-19 pandemic turning the restaurant industry upside down, the longtime co-owner of a popular downtown Faribault restaurant is forging a new path forward.

Since 1998, Janna Viscomi has co-owned and operated Bernie’s Grill in downtown Faribault. Over that time, the restaurant has become something of a Faribault institution, offering hearty breakfast and lunch specials in a casual setting.

As the restaurant flourished, Viscomi expanded her business, offering residential suites on the upper floors. She also renovated the third floor of her building to offer a ballroom, though she converted it back to residential recently.

Viscomi’s ambitions even moved beyond her business and into the realm. In 2014, she ran for and won a seat on the City Council. Though she narrowly lost her 2016 bid for Mayor, she was returned to council in 2018, easily receiving the most votes of any candidate.

When the pandemic hit, Viscomi’s business was dramatically impacted. Though she briefly attempted to offer curbside service, it was quickly scrapped and the business closed its doors altogether in late March.

Even before the pandemic hit, Viscomi said that increases in labor costs and other changes to the market had made her business model more tenuous than in years past. After more than two decades of hard work, she started looking for a potential buyer. Viscomi said that with profit margins declining, flaws in the restaurant’s business model became clear. She said it was very difficult to quickly and efficiently produce food because so many orders came with special instructions.

As an alternative to the traditional model, Viscomi has come up with a model that combines restaurant, convenience store and market. Fans of the traditional hearty breakfasts served at Bernie’s will still be able to get what they want, other options will be available as well.

Viscomi plans on opening the restaurant, soon to be known as “Janna’s Market Grill,” in September. She said that given the overall business model, it made sense to leave behind the restaurant’s old name, even though it had served well for nearly 25 years.

In the meantime, she’s renovated the interior from top to bottom, giving it the look and feel of a casual outdoor market. Coolers and shelves now line the interior of what once used to be a much more open layout.

Fans of the hearty breakfasts offered at Bernie’s will still be able to get their fix, though hours are a bit more limited. Viscomi said hot food would be provided from 9 am to noon, whereas before the restaurant had been open from 6 to 2.

Favorites like specialized omelets, and biscuits and gravy are just one part of what Viscomi’s new business will offer. Customers will also be able to get ready to eat “grab and go” meals, stored in a cooler and good for up to a week after purchase.

“If you’re living on your own, you could get meals like enchiladas or spaghetti,” she said. “If you’re feeding a larger family, you could get cooked meat in bulk and add it to tacos, tortillas or a salad kit.”

Along with ready to go meals, Viscomi said the market will offer some frozen and dry goods along with basic items that one might expect to find at a small store, like dish soap, basic medication and even books.

At the heart of the project is an effort to make high-quality food available in a way that is both simpler to cook and more accessible. She said that since the pandemic has hit, people have become more reliant on convenience stores to meet their basic needs.

Viscomi thinks the Market Grill could be a particularly good fit for the downtown area. With the 45-unit Hillside Apartments recently completed and several other projects in the works, she said a large and growing downtown clientele is looking for additional dining options.

While convenience stores may offer more safety and accessibility than traditional restaurants, Viscomi noted their selection is often limited and the quality dubious. She thinks markets like hers could play an important role in improving food distribution.

In particular, she highlighted the challenges faced by older Americans scared of the pandemic, and persons of limited mobility. In addition, she said the Market Grill could be particularly popular during the winter months.

“We have to think about serving our community better,” she said. “This is a way to safely and efficiently feed people.”

Thanks to the new model, Viscomi said she looks forward to even taking the occasional day off. She said the work of assembling prepackaged meals and grab and go breakfasts is a simpler task, one other restaurant staff could be trained to complete.

“Maybe I can head down to Arizona for a few days,” she said with a laugh. “I’m so ready to not be the person who cooks every meal.”