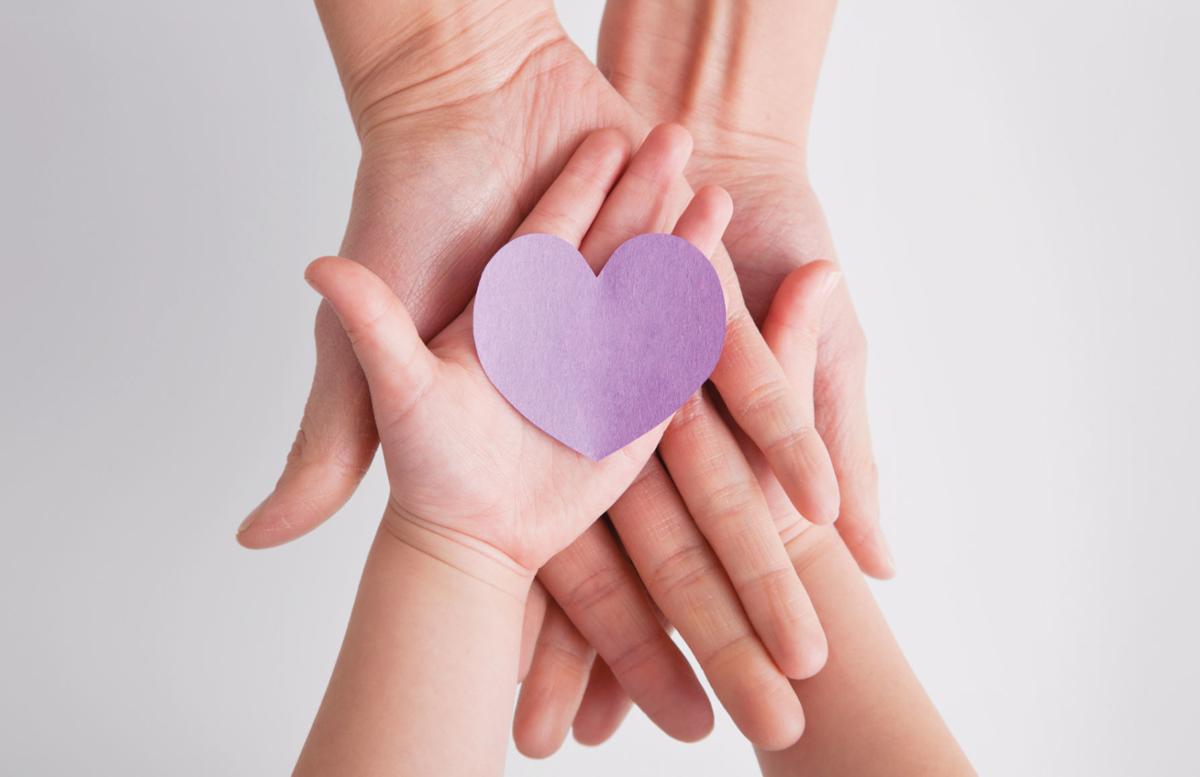 During the COVID-19 pandemic, people who co-parent a child have had to shift gears to help prevent the exposure and spread of the novel coronavirus. In Gov. Tim Walz’s stay-at-home order, visitation and custody rights are still protected as an essential part of life. (Metro Creative Images) 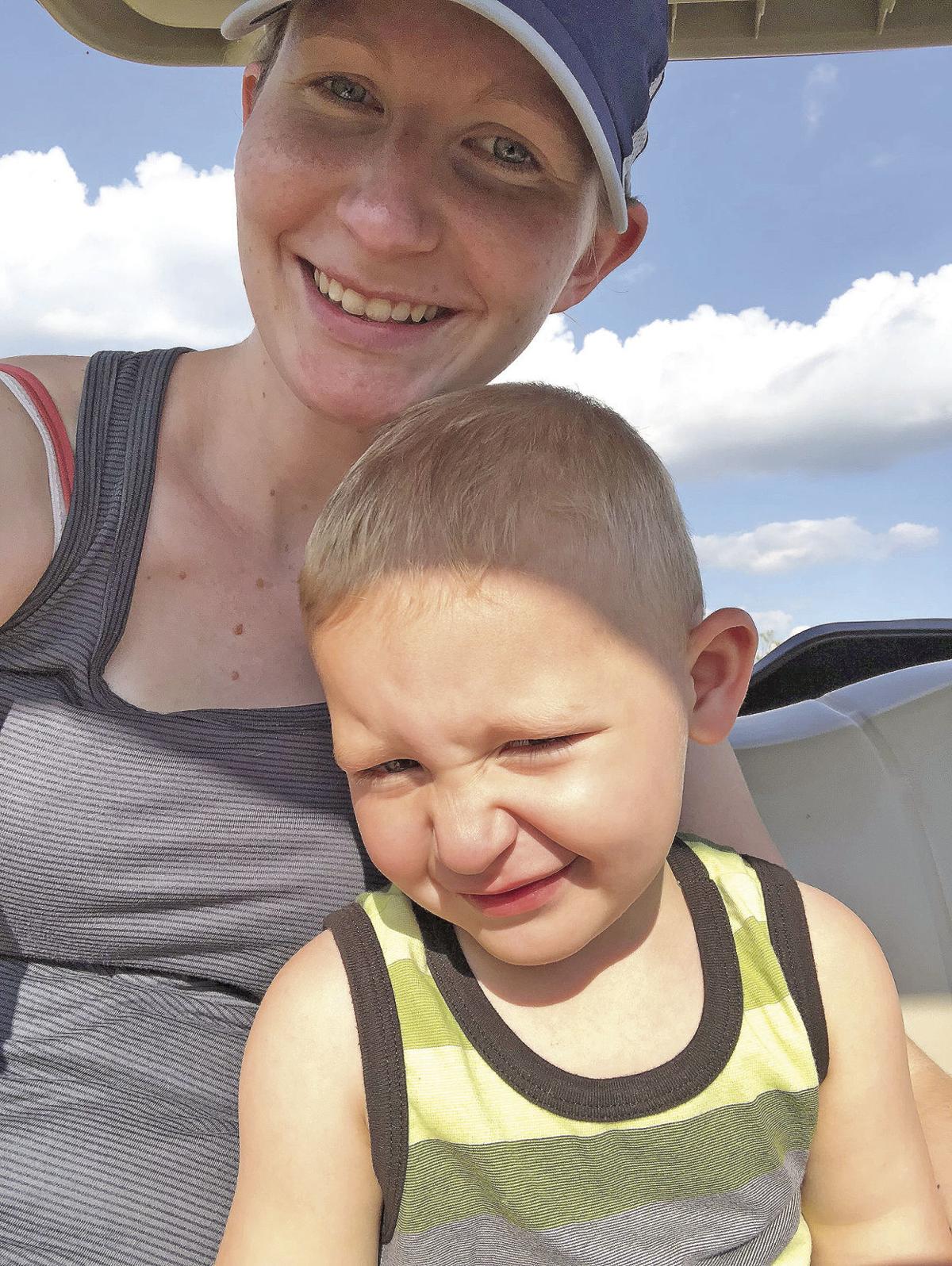 Annie Clack of Northfield has not seen her 4-year-old son Leo in over three weeks. Because of the COVID-19 pandemic and Clack’s position as an essential employee, the mother made the decision to have her son live full-time with his father in Cannon Falls to reduce his exposure to the novel virus. (Submitted photo)

During the COVID-19 pandemic, people who co-parent a child have had to shift gears to help prevent the exposure and spread of the novel coronavirus. In Gov. Tim Walz’s stay-at-home order, visitation and custody rights are still protected as an essential part of life. (Metro Creative Images)

Annie Clack of Northfield has not seen her 4-year-old son Leo in over three weeks. Because of the COVID-19 pandemic and Clack’s position as an essential employee, the mother made the decision to have her son live full-time with his father in Cannon Falls to reduce his exposure to the novel virus. (Submitted photo)

For some families the COVID-19 pandemic has done more than just disrupt their lives — it has put parts of them completely on hold.

Annie Clack, a Northfield resident, is used to having her 4-year-old son, Leo, from Sunday to Thursday every week as she co-parents with Leo’s father. As the virus continued to spread and increase in both severity and uncertainty, Clack said decisions had to be made.

“I have gone from co-parenting to absolutely nothing,” said an emotional Clack who hasn’t seen her oldest son in three weeks. “It is a struggle and making that decision was difficult, but you have to put your child’s interests first over your own.”

As the COVID-19 pandemic continues, Clack and Leo’s father agreed that it was best for Leo to stay at one home for the time being. Because of Leo’s compromised immune system, they have pulled him out of daycare and have him living full-time with his father and grandmother near Cannon Falls.

“Both my fiancé and I are essential workers at banks in Northfield and Faribault,” Clack said. “We don’t have the flexibility to stay home, and we are exposed by other people and their money. We didn’t want to have Leo go back and forth between home and being exposed as well as exposing others.”

While it has been a difficult transition for Clack and her son, she feels grateful that this is happening in an era where technology is so readily available. The mother and son video chat about two times a day, and Leo’s grandmother continually sends Clack photos throughout the day to help keep the two connected.

Clack’s situation is no longer unique. Chandra Kubicek of Owatonna has had her 8-year-old son Talon with her full time for the last three weeks, though typically she co-parents with his father in Ellendale.

“He’s a semi truck driver so there is a lot of exposure there,” Kubicek said. “We decided to stop doing visits for now until we can better understand the direction that all of this is going.”

Though co-parenting can have it’s trying moments as the adults try to juggle schedules, Kubicek feels fortunate that the communication she has had with Talon’s father during the pandemic has been exceptional.

“We didn’t argue about it at all. We just knew that because of all this uncertainty that we had to put our best foot forward and do what we had to do to be cautious,” Kubicek said. “It was easy for [Talon’s father] to make this decision in that sense, but I know now it’s hard for him to keep making that decision because he misses his son.”

Talon and his father also take advantage of technology to stay bonded by video chatting and playing games together online.

Maintaining a parent-child bond is essential, according to child and family service professionals, which is precisely why Gov. Tim Walz included an exception in his stay-at-home order that allows individuals to leave their residence for the “care of others.” This includes the “transport of children pursuant to existing parenting time schedules or other visitation schedule.” This also includes visitation rights for parents who have children in foster care and who work through social services.

“In the governor’s executive order, visitation is an essential activity – even in this time when social distancing is also considered an important tool in slowing down transmission,” said Jane Hardwick, executive director of Minnesota Prairie County Alliance, community and human services for Dodge, Steele and Waseca counties. “Contact between children and their parents is critical to the foundation of bonding, which in turn is important to the foundation of a child’s overall well-being.”

Hardwick said that court-ordered supervised visitations are still required and occurring for children and families, though the state is showing some flexibility in how that is done, including video calls. Billie Frantesl, the supervisor for Child and Family Services in MNPrairie’s Owatonna location, said that this it typically handled on a case-by-case basis.

“Needs of children vary as well as where the parents are at,” Frantesl said. “We are finding that some of the parents are truly choosing to keep their children safe and not expose them and other people as well by continuing in-person visits, especially because many children in foster care are placed with grandparents who could be higher risk.”

Frantesl said that many of the families MNPrairie has worked with have been open minded and receptive to changes in visitation as everyone continues to maneuver through the effects of the pandemic. Hardwick added that MNPrairie has also started asking questions regarding the health of individuals on the different households before scheduled visits to help prevent additional exposure.

“If someone is showing symptoms that could require quarantine of self-isolation, we will move to a video-conference format,” Hardwick said. She added that the MNPrairie staff is working closely with maintenance staff in their various offices where visitations occur so that proper cleaning can be done between each visit.

Though MNPrairie is not involved in custody issues between parents, Frantesl said that they do know that maintaining relationships between children and their parents is crucial to all parties.

Kubicek says she knows all too well how important it is for Talon to continue to be close with his father, but that as the pandemic continues keeping them apart only gets harder.

“I cannot fathom what his father feels,” Kubicek said. “We are trying to do what is ultimately best for our families and our kids, but that is not necessarily how you are going to feel all the time.”

Danae Andrews of Owatonna is still co-parenting her 5-year-old daughter Violet, though when the COVID-19 pandemic first started became more prominent in Minnesota there was some miscommunication with her daughter’s father.

“I was paranoid because [Violet's grandpa] had a fever and they live together,” Andrews said about her daughter's father. “He thought I was trying to say that I was taking her from him, and I didn’t want to upset him, but I also wanted me daughter to be safe. Not being able to talk to him face-to-face really messed up or communication at first.”

Luckily, Andrews was able to explain her concerns over the phone with Violet’s father, and since then Violet’s grandfather has been healthy and symptom free, allowing their mutual custody to continue on a new schedule that both agreed on. Andrews said that now more than ever, though, it is important for people who co-parent to have direct and open communication with one another.

“Call them,” Andrews said as advice for others who want to share concerns with their children’s other parent. “Be 100% open and honest about your feelings. And if you have your child and the other parent is having a hard time with it, volunteer to send them pictures and videos and phone calls so that they know that you care that their kid sees them as well.”

“You have to be respectful and realize that the other parent is a team with you,” she continued. “You have to just figure it out and rough this thing out together.”

Clack echoed Andrews’ advice about working together during the pandemic, and added that in the long run it is all about what is best for the child.

“When I made the decision I made, I put my child first – like most parents do,” Clack said. “If you’re stuck between home and work, and giving your child back and forth and you don’t know what to do – just go with what your gut is saying. Stay calm, be an adult, and if you’re missing your child just reach out.”

'You have to be respectful and realize that the other parent is a team with you. You have to just figure it out and rough this thing out together.'