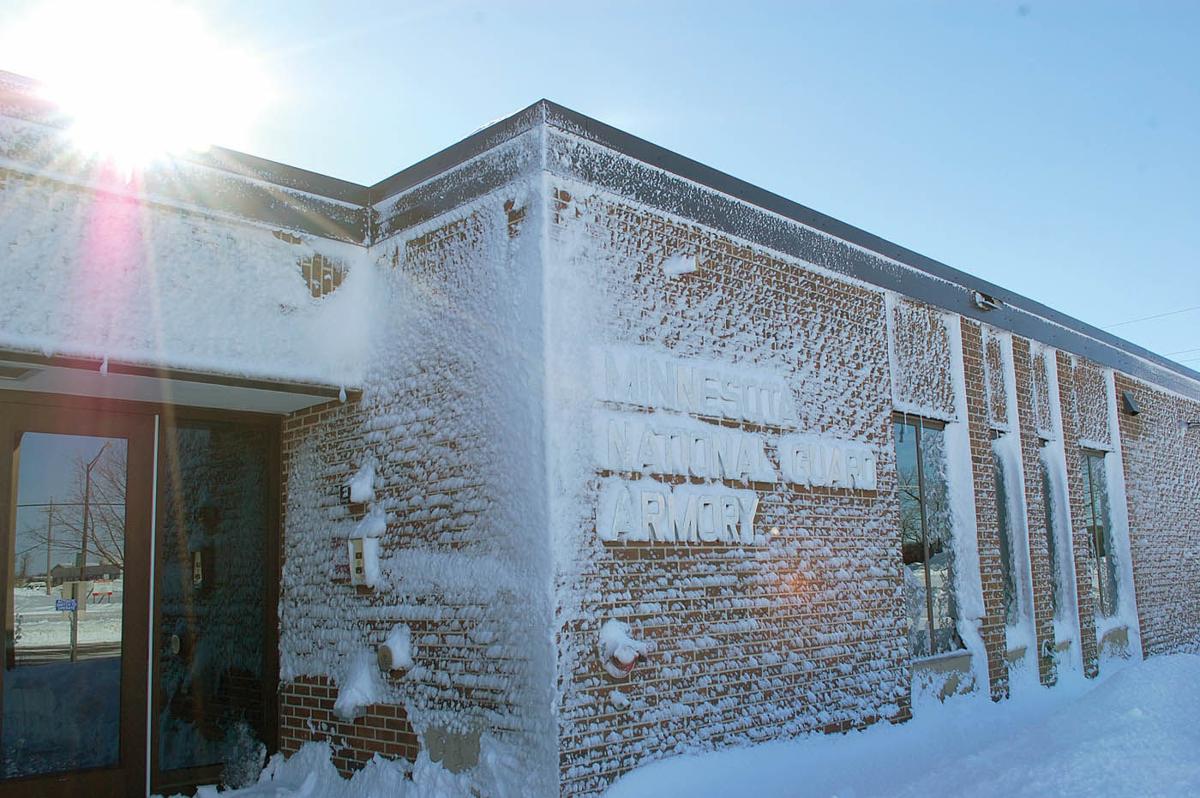 Last winter, the Minnesota National Guard Armory in Owatonna provided shelter for motorists stranded by blizzards on multiple occasions. On one occasion, the Armory was overwhelmed and the city had to invoke preexisting agreements with local churches. Faribault’s City Council has finalized agreements with four local churches should any such emergency occur in Faribault. (APG File Photo)

<&firstgraph>In a joint virtual meeting with the Rice County Board of Commissioners Tuesday, the Faribault City Council approved a tax abatement package that will help to keep a local manufacturer in town.

<&firstgraph>Founded in 1992 by Rick Dahl, Trystar manufactures temporary electrical power units for commercial and emergency services purposes. It currently employs 150 full-time employees in Faribault and a couple dozen at an office in Burnsville.

<&firstgraph>Trystar has enjoyed rapid growth over the last decade and its products have been particularly in demand as of late, with temporary testing and patient care sites under construction across the country amid the coronavirus pandemic.

<&firstgraph>One issue the company has faced is its current facilities arrangement. Today Trystar has 140,000 square feet of space in north Faribault’s industrial park, but it’s inconveniently spread out across four buildings. Initially, Trystar and its longtime construction partner, Met-Con, looked into the possibility of expanding one of those facilities to meet its needs. However, they discovered that under the current building code, none could be expanded sufficiently.

<&firstgraph>TryStar then expanded its search to include potential sites in Burnsville and Lakeville. There, the company found several sites that it said could accommodate current needs and future growth for an affordable price.

<&firstgraph>In an effort to stay in Faribault, Trystar inquired about a 100,000-square foot warehouse recently constructed by Met-Con for the Cheese Cave, Faribault Foods and SageGlass. In exchange, those companies could move into Trystar’s old facilities. However Trystar, found that such a plan would cost about $550,000 more than comparable options in the south metro. About $400,000 of this would be due to higher rent over a period of time, and $150,000 to accommodate needed building modifications.

<&firstgraph>On Tuesday, the city and county board agreed to cover the remaining $450,000 gap via tax abatement. That means that taxes on additional value due to development will be diverted to cover the cost of development.

<&firstgraph>In total the city will cover $260,040 of that amount and the county $189,960, with both agreements stretched out over a 10-year period. Smith expressed his gratitude to the county and city for collaborating on the funding package.

<&firstgraph>“We appreciate all of the efforts everyone made to bring this agreement to fruition,” he said. “This will allow us to move forward with keeping Trystar in Faribault well into the future.”

Faribault’s council designated four local churches as emergency shelters in the case of a manmade or natural disaster.

The designation comes as the city and country grapples with one of the most deadly emergencies it has ever faced the COVID-19 pandemic. However, the two issues aren’t related, according to Fire Chief Dustin Dienst, who serves as the city's emergency coordinator.

Instead, the measure is being implemented in response to an event that occurred more than a year ago. Last February, more than 600 motorists were stranded in Owatonna when a massive blizzard hit the region.

Like Faribault, Owatonna had an agreement with its local National Guard Armory to provide shelter in the event of such an emergency. Yet given the large volume of stranded drivers, even the Armory wasn’t able to provide enough space.

Fortunately, Owatonna also had agreements with two area churches to provide shelter in such a scenario. Subsequently, Dienst started looking into other shelters in the Faribault area. With just one designated emergency shelter, the city was running several risks, he said. Not only might the Armory not be able to provide enough space, but it could be made unusable by the very kind of storm that could cause such an emergency.

“We haven’t worried about it in a mass quantity in the past,” said Mayor Kevin Voracek. “But the way that things are going, we have to be more aware of this issue.”