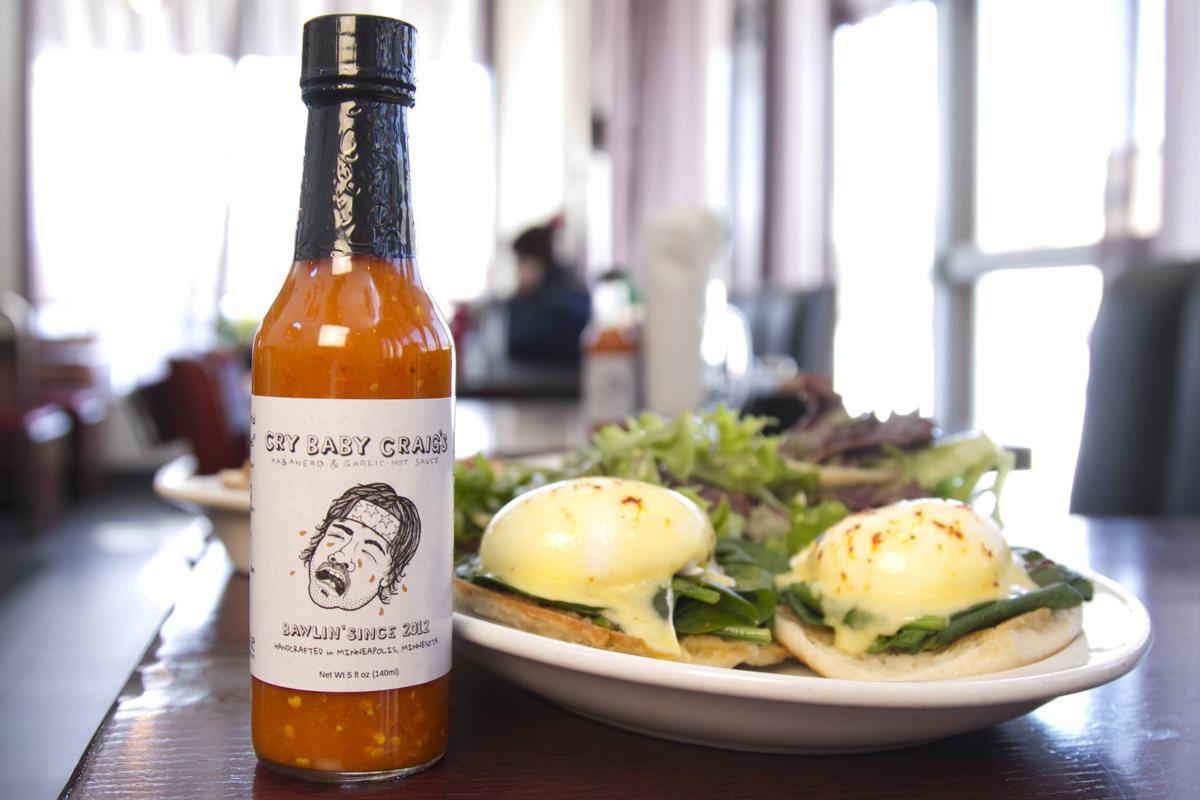 Cry Baby Craig’s began as a hobby, but grew into an award-winning hot sauce manufacturer that is now looking for more space — in downtown Faribault. (Photo courtesy of Craig Kaiser) 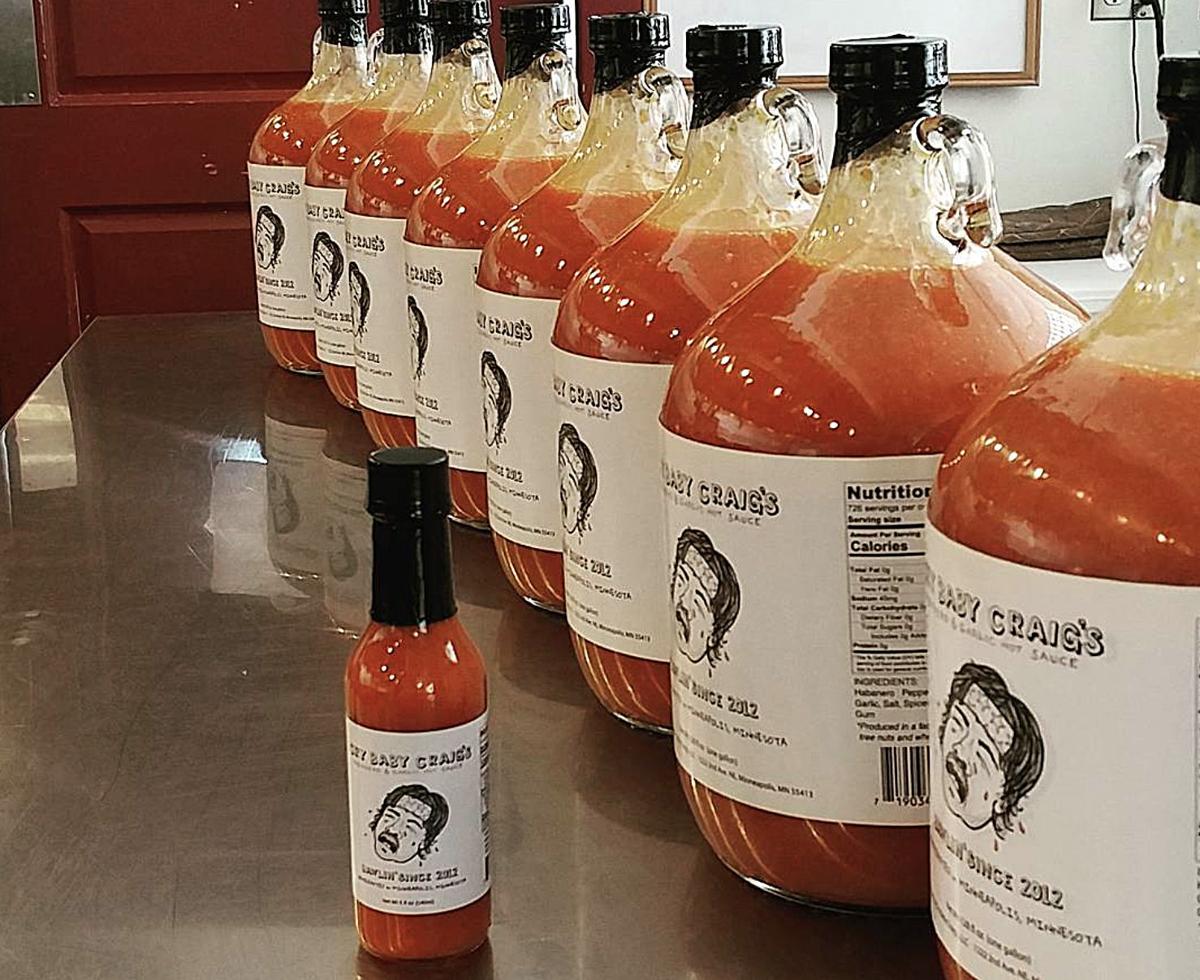 Cry Baby Craig’s is the singular owner of an FDA license to sell sauce made with pickled peppers. The creation was made as a way to save produce, but it turned into something much bigger. (Renata Erickson/Faribault Daily News) 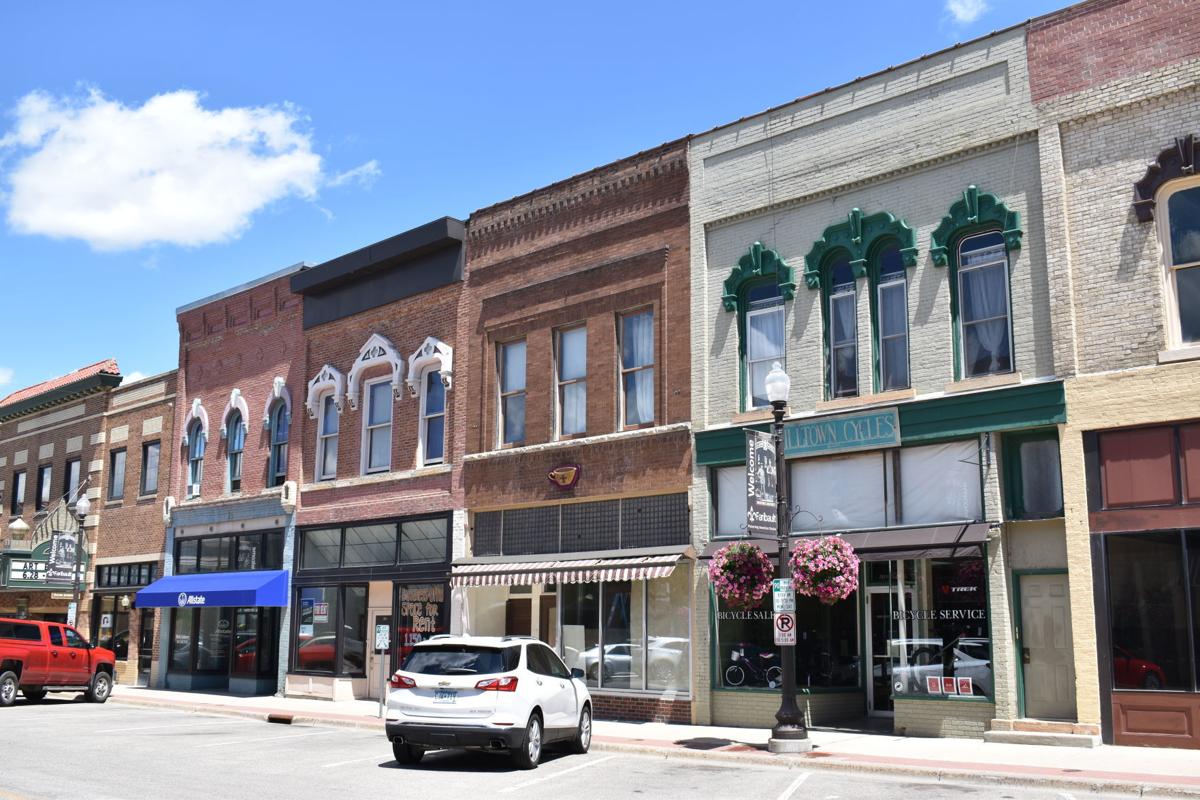 Cry Baby Craig’s began as a hobby, but grew into an award-winning hot sauce manufacturer that is now looking for more space — in downtown Faribault. (Photo courtesy of Craig Kaiser)

Cry Baby Craig’s is the singular owner of an FDA license to sell sauce made with pickled peppers. The creation was made as a way to save produce, but it turned into something much bigger. (Renata Erickson/Faribault Daily News)

An award-winning and community-focused sauce company — the only one in the U.S. licensed to pickle peppers — is hoping to bring a kick to downtown Faribault.

Cry Baby Craig’s, currently located in NE Minneapolis, plans to move to 313 Central Ave., Faribault, if the Economic Development Authority approves an individual development loan of $150,000 at the meeting Thursday.

The business began as a hobby, but bottling the pickled habanero and garlic hot sauce by hand is not meeting keeping up growing demand.

Co-owner Sam Bonin said just in a month, Cry Baby Craig’s bottled 12,000 sauces by hand. It ships to 50 states as well around the world, to places that include Kodiak, Alaska, and Afghanistan where Bonin says the military men and women service there enjoy the sauce. The fully automated machine that would be used in Faribault can fill 2,000 bottles in an hour.

The sauce company was fluke for chef Craig Kaiser, who in 2012 worked at a restaurant in south Minneapolis. One day, he received habanero chilies instead of jalapenos and didn’t have an immediate use for them. With a background in French techniques, he didn’t want to waste the habaneros — so he pickled them.

A couple months later, Kaiser was making pizzas for a Monday night staff dinner when he noticed the jars and decided to make a hot sauce for the pizzas. A week later, the staff of a dozen people had eaten a half gallon’s worth of the sauce. Surprised, Kaiser recreated the sauce by eyeballing what he added to the blender and after success, wrote down the recipe.

From coworkers to family and friends, people couldn’t wait for him to make another batch each month.

“People wouldn’t let me not make it,” Kaiser said.

Soon his sauce was so popular that customers wanted it, restaurants wanted it and his competition wanted him to get it Food and Drug Administration approved.

According to Bonin, the Food and Drug Administration had never seen pickled peppers in a sauce before, but after just an hour of inoculation testing they received a license to produce and sell sauce made with pickled peppers.

At the time, Bonin had two successful restaurants and bought sauce from Kaiser — but in 2016 he sold his restaurants to partner with Kaiser and helped Cry Baby Craig’s take its first steps as an official business.

Kaiser was mulling over a name for the sauce, when his baby son, Craig Jr., now 7, awoke crying from a nap. It was that moment when inspiration struck and Kaiser said “Let’s call it Cry Baby Craig’s and hope it pays for the diapers.”

Kaiser said that he loved working as a chef, but long work hours didn’t allow him to spend a lot of time with his son.

“The brand is more than the hot sauce. It’s the way the community supports it,” Kaiser said. “People’s support has enabled me to have the best relationship with my kid. They’ve enabled me to be the dad I always wanted to be.”

Since its birth two years ago, Cry Baby Craig’s has won top honors at national fiery food competitions against thousands of other entries.

Now, Cry Baby Craig’s is, as Bonin put it, “busting at the seams” in its 1,500-square-foot manufacturing space. With an ever-expanding business, Cry Baby Craig’s needs to relocate. That’s when Faribault businessman John Sheesley reached out and offered to lease Bonin and Kaiser space in his downtown Faribault property.

Their interactions with Faribault and its community have left them with a positive first impression.

“When talking to the State Bank of Faribault or the EDA, they’re so welcoming and are excellent at partnering,” Bonin said.

Bonin also said that in the last decade, people have migrated to the big cities, but that’s changing. By moving south, Cry Baby Craig’s could help make Faribault a magnet for other businesses as it sells to 500 stores in the metro.

“Manufacturing doesn’t depend on foot traffic,” Bonin said. “We want to lay our roots down [in Faribault] and see what happens.”

If the council approves the loan on Thursday, Cry Baby Craig’s hopes to move into Faribault this summer or fall.

“We caught lightning in a bottle, and we want to be good neighbors — a high tide raises all boats,” Bonin said.

'People wouldn’t let me not make it.'