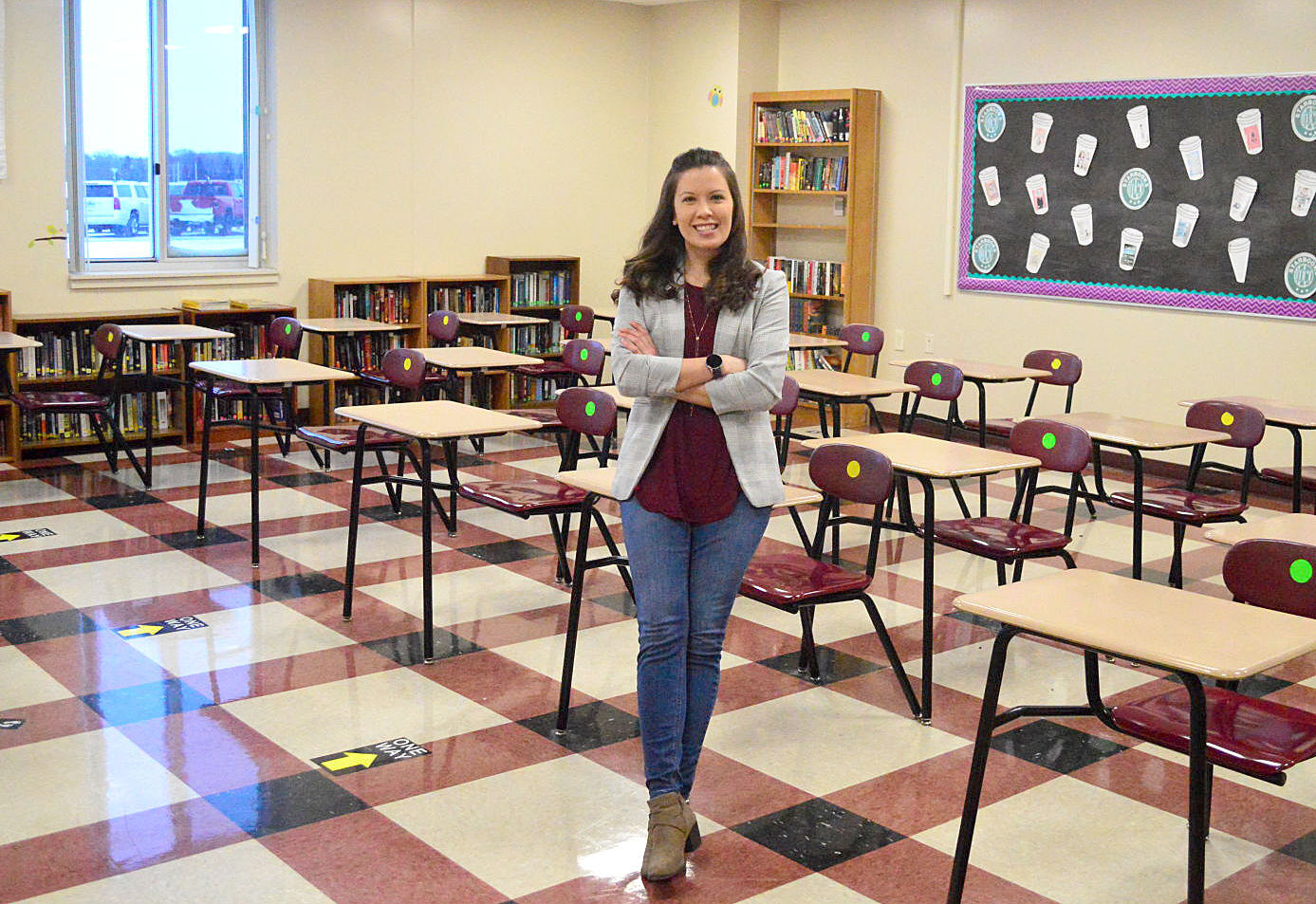 Kimberly Goblirsch is an English and language arts teacher at Medford High School who recently received a nomination for Minnesota Teacher of the Year. Her colleague, Rebecca Mohr, described her as "the most amazing educator I have ever known." (Photo courtesy of Medford Public Schools) 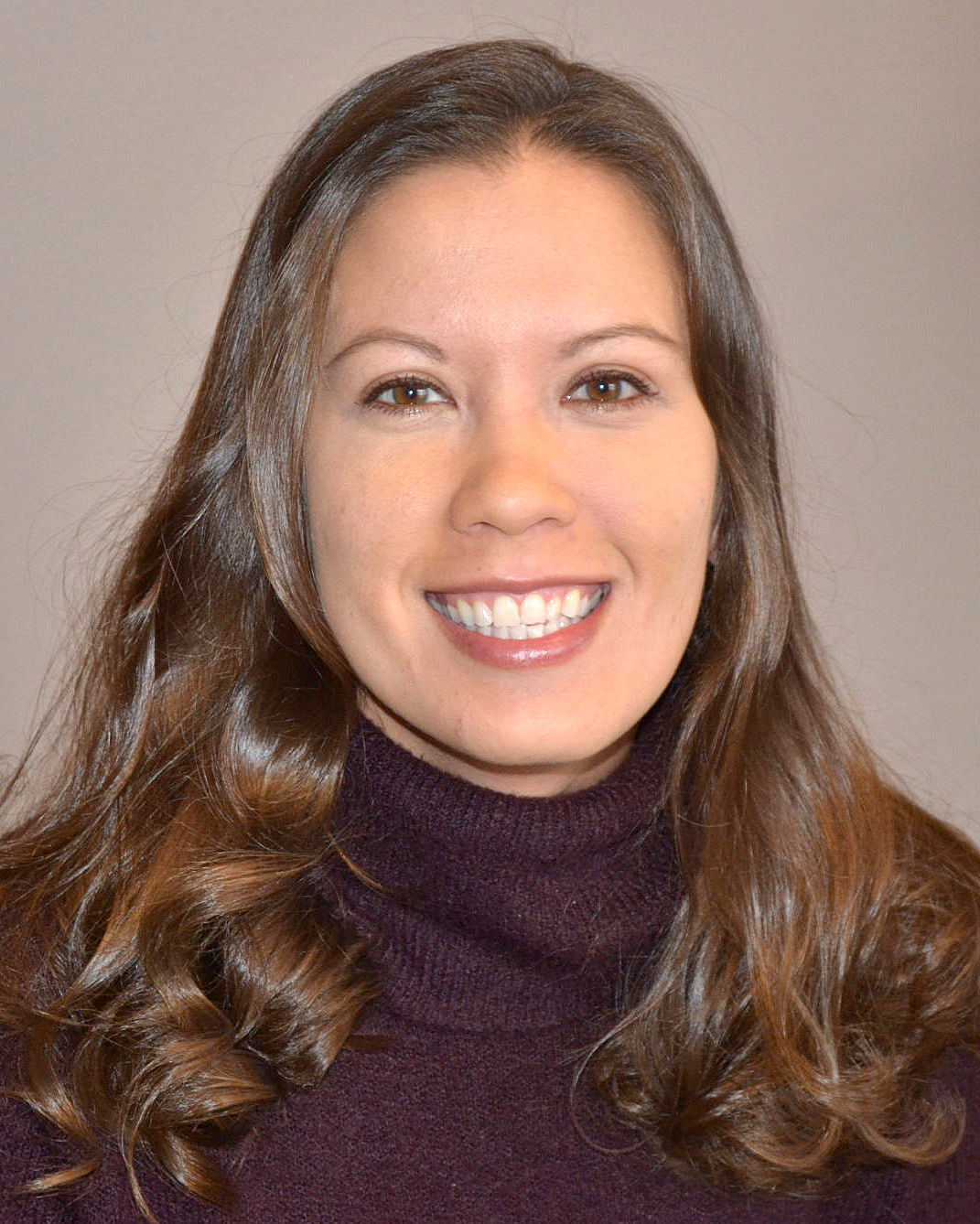 Seventy-five teachers have been nominated for the 57th annual Minnesota Teacher of the Year award.

Jarvis and Wagner have been featured in prior editions of the paper. Markham will be featured next week.

For Medford High School language arts teacher Kimberly Goblirsch, the most rewarding part of teaching is watching her students become engaged in the lessons.

“I enjoy moments when there is a natural shift toward student-led discussions,” she said. “I get to listen and watch while my students do most of the talking.”

Goblirsch’s ability to make literature accessible and fun for her students is just one of the many reasons her colleague, Medford language arts teacher Rebecca Mohr, nominated her for the Minnesota Teacher of the Year award.

“Kim is able to challenge her students beyond what they think they can achieve, and she does so in a way that students appreciate,” Mohr said. “I cannot tell you how many seniors have struggled with the level of difficulty of her College Lit/Comp class, but many of them graduate saying it was the best class they have ever taken.”

The idea of being part of something greater than herself inspired Goblirsch to pursue teaching. She recognized the value of serving the community while talking to students about literature and the world.

It was 12 years ago when Goblirsch landed her first teaching job for Medford Public Schools, where she’s continued teaching ever since.

Mohr, who herself began teaching at Medford Public Schools eight years ago, said she’s admired Goblirsch from the start.

“The more I have gotten to know her, the more I am in awe of her,” Mohr said. “I often joke that I want to be Mrs. Goblirsch when I grow up.”

Mohr described Goblirsch as “incredibly knowledgeable” in terms of not only language arts but also the big picture of curriculum and instruction, the administration side of education and behind-the-scenes aspects of teaching.

“I think the most important aspect of Kim's teaching is that she is genuine,” Mohr said. “She approaches difficult topics with empathy and guides her students through it. She also has fun with her students — you will not find a stuffy, boring English class because Kim provides the perfect balance of challenge and excitement that leaves a lasting impression. I could go on for quite some time telling you how incredible Kim is as a teacher and colleague, but I can sum it up by telling you that Kim is truly the most amazing educator I have ever known.”

Using literature as a conversation driver, Goblirsch’s primary teaching method is to connect what her students read to their own lives and the world around them. She especially enjoys teaching literature that applies to real-world topics like civil rights, immigration, and culture and identity. She particularly likes to see the suspense and mystery units generate excitement in her students. As far as authors go, she said, “I can never step away from F. Scott Fitzgerald or Harper Lee.”

Reacting to her nomination for Minnesota Teacher of the Year, Goblirsch said she feels honored and blessed.

“I know there are many deserving teachers out there who have worked tirelessly to provide effective learning during the pandemic, and what they do is nothing short of a miracle,” Goblirsch said. “I am honored to be nominated for such an exceptional award.”

GET TO KNOW MRS. GOBLIRSCH

Most challenging part of teaching: Teaching during a pandemic has been quite an interesting journey. It has been hard not having face-to-face connections with students every day.

Most important lesson your students have taught you: I've learned a lot from my students over the years and one lesson that sticks with me is to practice patience. If a student is late to class, I don't want to assume something negative, but instead, slow down and show them that I care by asking if everything is OK.