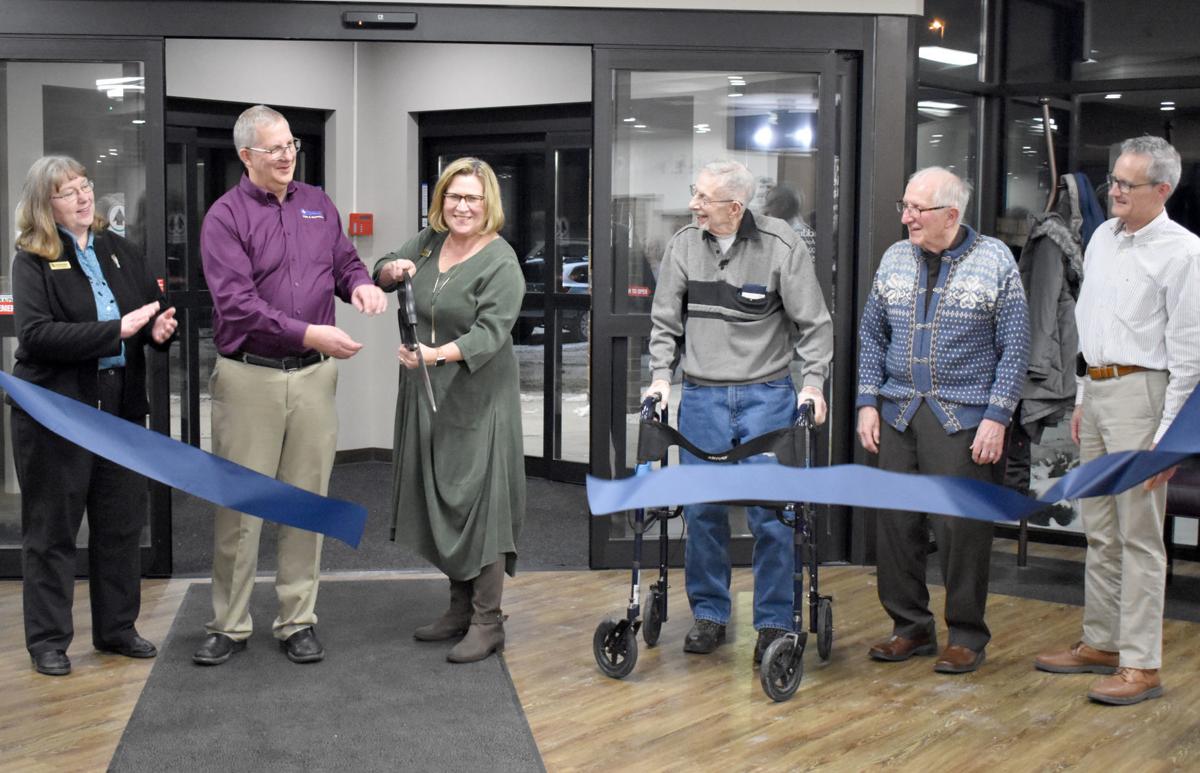 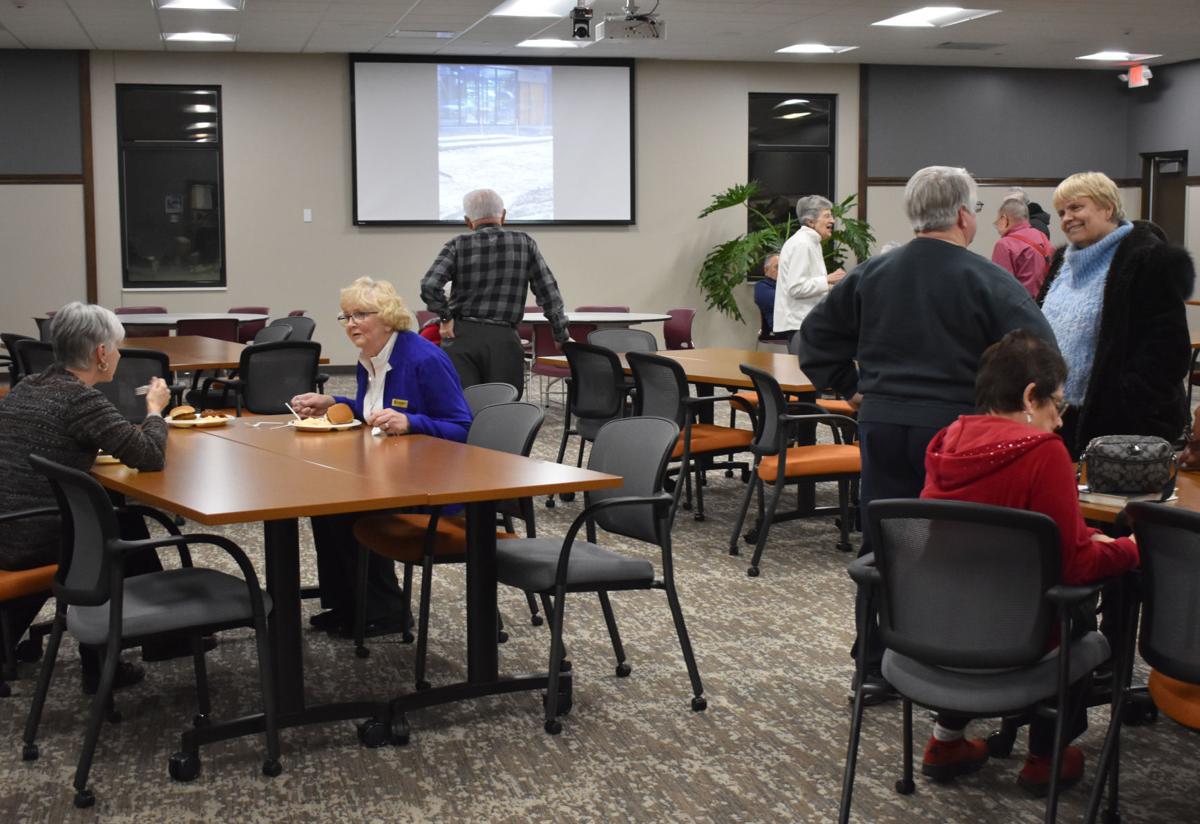 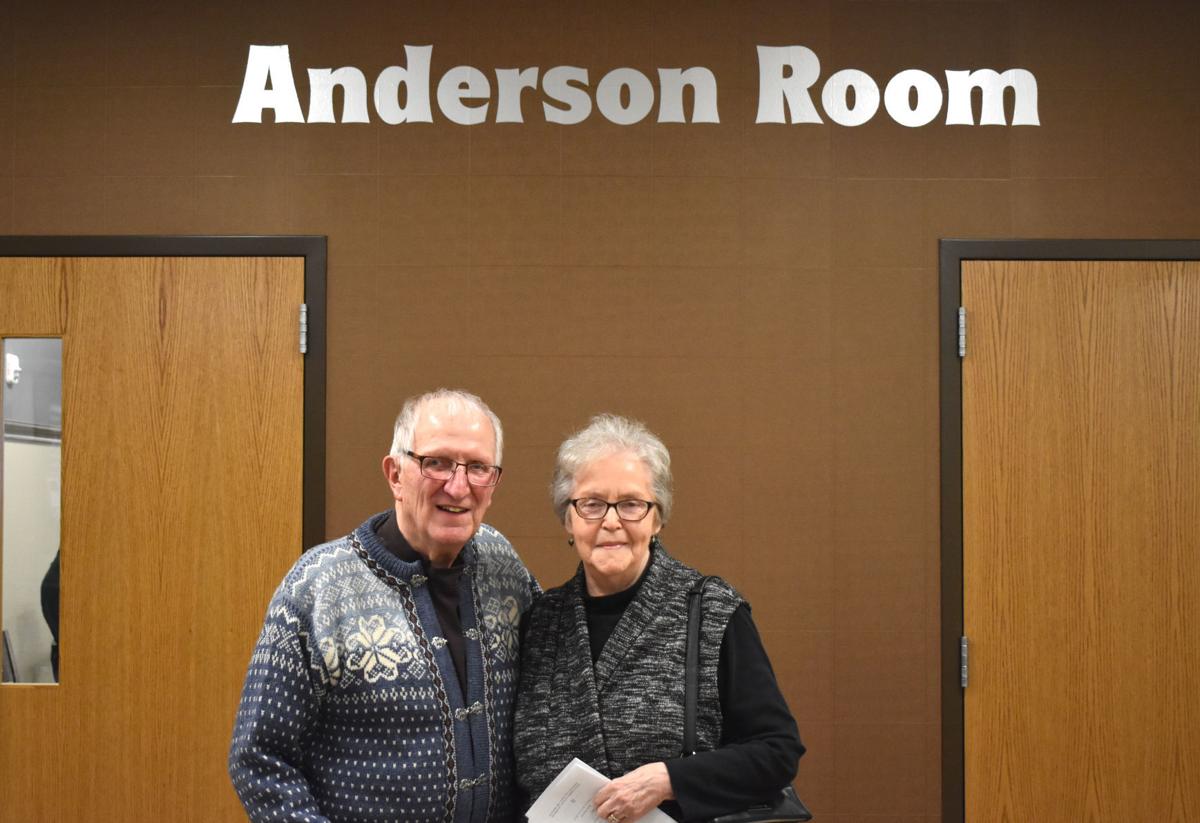 The Buckham West conference room is now named for Clarence “Andy” Anderson, who served as co-chair of the Steering Committee and made the first donation to the project in August 2015. He’s pictured here with his wife, Vivian. (Misty Schwab/Faribault Daily News) 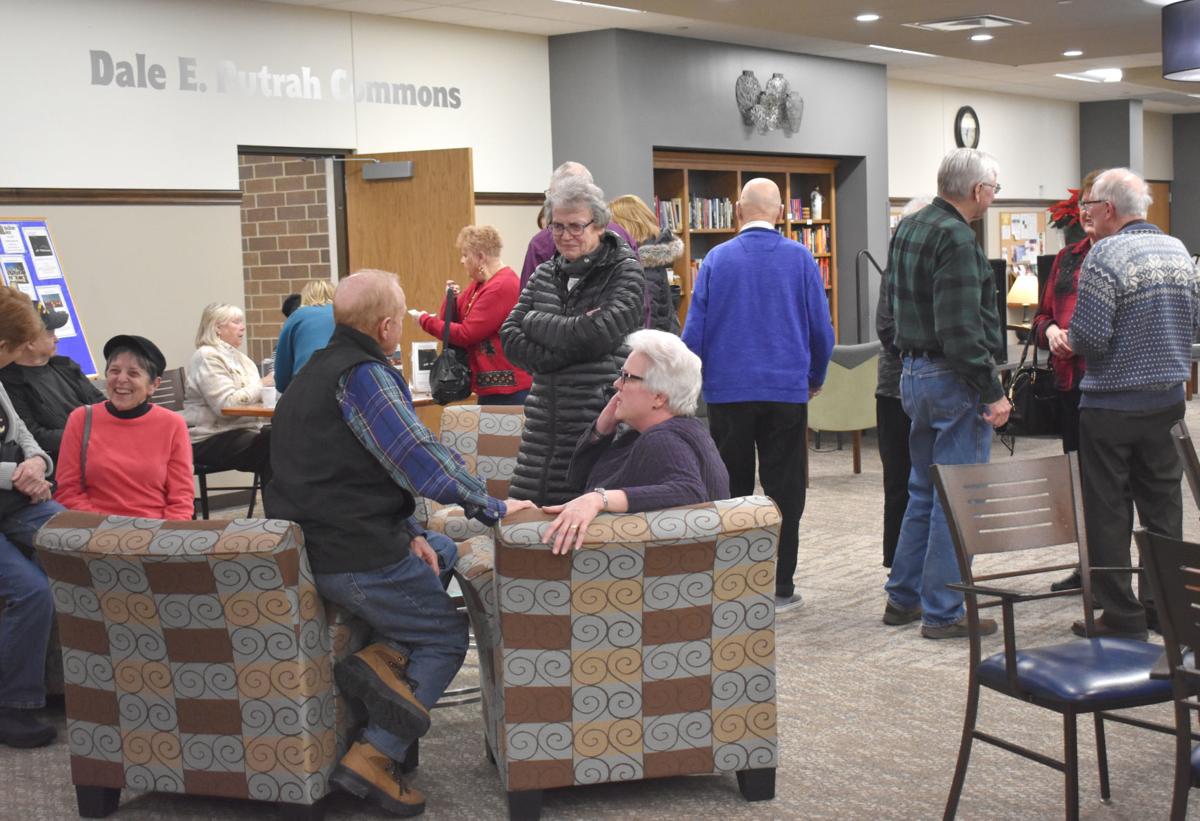 Guests gathered in the Buckham West lobby to socialize before and after the building’s ribbon cutting celebration. The commons room, part of the addition, was named in memory of Dale E. Putrah. (Misty Schwab/Faribault Daily News) 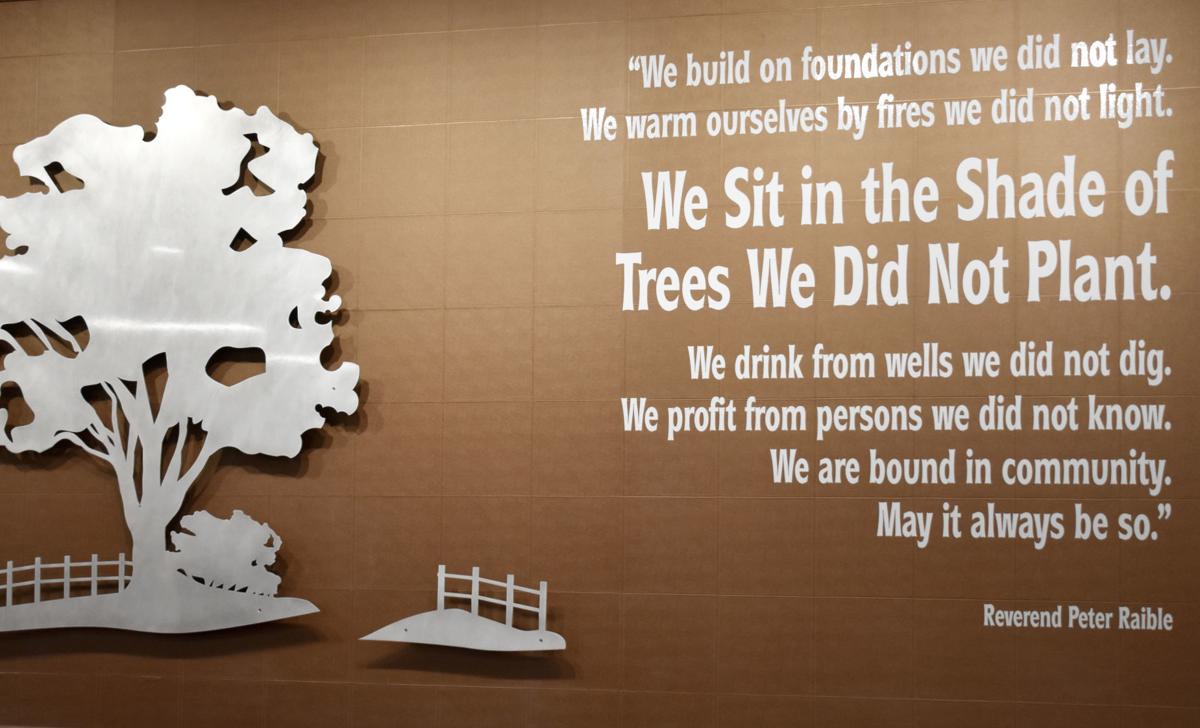 Robert Hammer, who was part of the Buckham West board when it decided to move forward with the building project, shared this quote by the Rev. Peter Raible. It’s now on the wall of Buckham West, thanks to Faribault artist Jeff Jarvis. (Misty Schwab/Faribault Daily News)

Robert Hammer, who was part of the Buckham West board when it decided to move forward with the building project, shared this quote by the Rev. Peter Raible. It’s now on the wall of Buckham West, thanks to Faribault artist Jeff Jarvis. (Misty Schwab/Faribault Daily News)

When Buckham West Executive Director Mona Kaiser learned from the Minnesota Demographer’s Office that the state would have more older adults than school-aged children by 2020, she wanted to be prepared.

That was several years ago, but with 2020 just around the corner, Faribault has found a way to accommodate to the growing population of aging adults. The solution, over a decade in the making, was an expansion to the senior center now called Buckham West.

The doors to the new addition of the senior center, which includes a commons area and conference space, opened in September 2018. Around the same time Buckham West became the new name of the facility. The fitness area, which residents advocated for, opened a couple months later, in fall 2018.

To celebrate the 11,000 square-foot addition to Buckham West and the community partners who made the expansion possible, the senior center hosted an open house and ribbon cutting celebration Wednesday evening.

Jasinski, who previously served as Faribault's mayor, remembers when the site for the Faribault Area Senior Center was approved at his second meeting as city councilor 27 years ago. As he’s moved up the ranks in government, from City Council member to mayor to senator, the project has developed from a vision to a concrete, final project.

“This is a classic example; if you stick around long enough, if you stay in government long enough, you get to see the fruits of a project,” said Jaskinski.

Markman recalled asking himself why he would want to be involved with the expansion project. What swayed his decision was the strong vision and community teamwork that came to light in the process.

“Mona never gave up,” said Markman. “She made sure everyone got invited and asked to be a part of this project. The entire community has made this happen.”

During the closing remarks of the program, Kaiser acknowledged the 650 unique donors who made the Buckham West expansion possible. Those who made contributions valued at $1,000 or greater are named on the Buckham West Recognition Wall. All donors were listed in the paper programs.

The ceremony also presented an opportunity to reveal to the community the selected name of the conference room: the Anderson Room. The room was named after Clarence “Andy” Anderson, a former member of the Board of Directors who served as co-chair of the Steering Committee and also made the very first donation to the project in August 2015.

“I’ve never had anything like that [happen] before, and I certainly didn’t expect it,” said Anderson.

Describing his involvement with the project, he said: “Here is the chance to put up something that is going to serve people, change people’s lives and stay here.”

The indoor halls connecting the three segments of Buckham Center make for easy transitions, especially in the wintertime. Peanasky said some people spend their entire day in the building, working their way from the Buckham Memorial Library to the pool in the Faribault Community Center to the dining hall and social room at Buckham West.

“I think it’s huge for the community,” said Peanasky. “… It’s going to get used for decades to come.”

'TREES WE DID NOT PLANT'

Robert Hammer, who was a member of the Board when it motioned to proceed with the expansion project, shared the following quote that became the theme of the campaign:

"We build on foundations we did not lay.

We warm ourselves by fires we did not light.

We sit in the shade of trees we did not plant.

We drink from wells we did not dig.

We profit from persons we did not know.

We are ever bound in community.

May it always be so."

The quote is now painted on the wall of the Buckham West lobby beside a tree symbol, made by Jeff Jarvis.