Access the Fairbault Daily News online 24/7 from your phone, tablet, or PC, plus full access to our E-Edition! 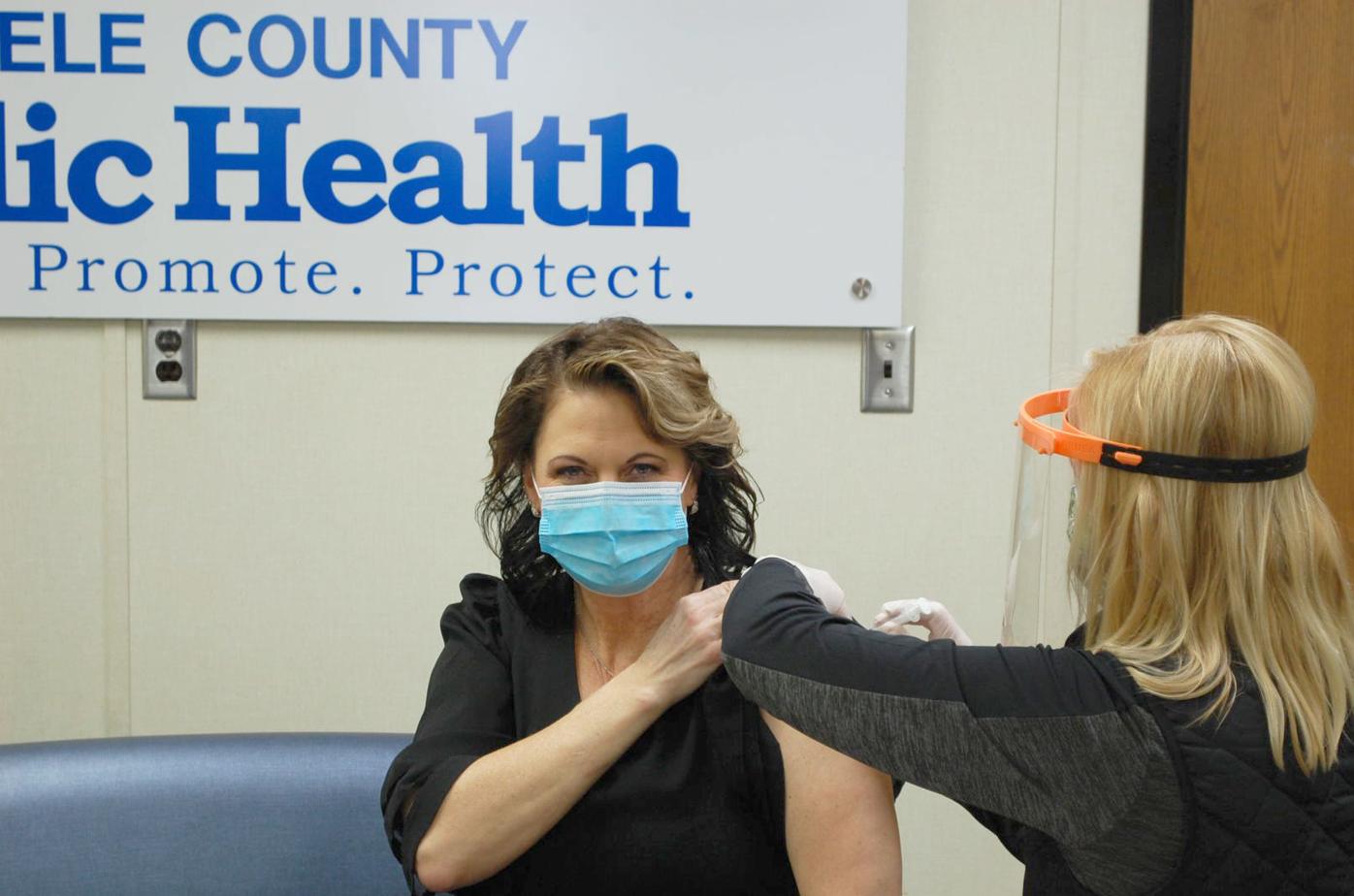 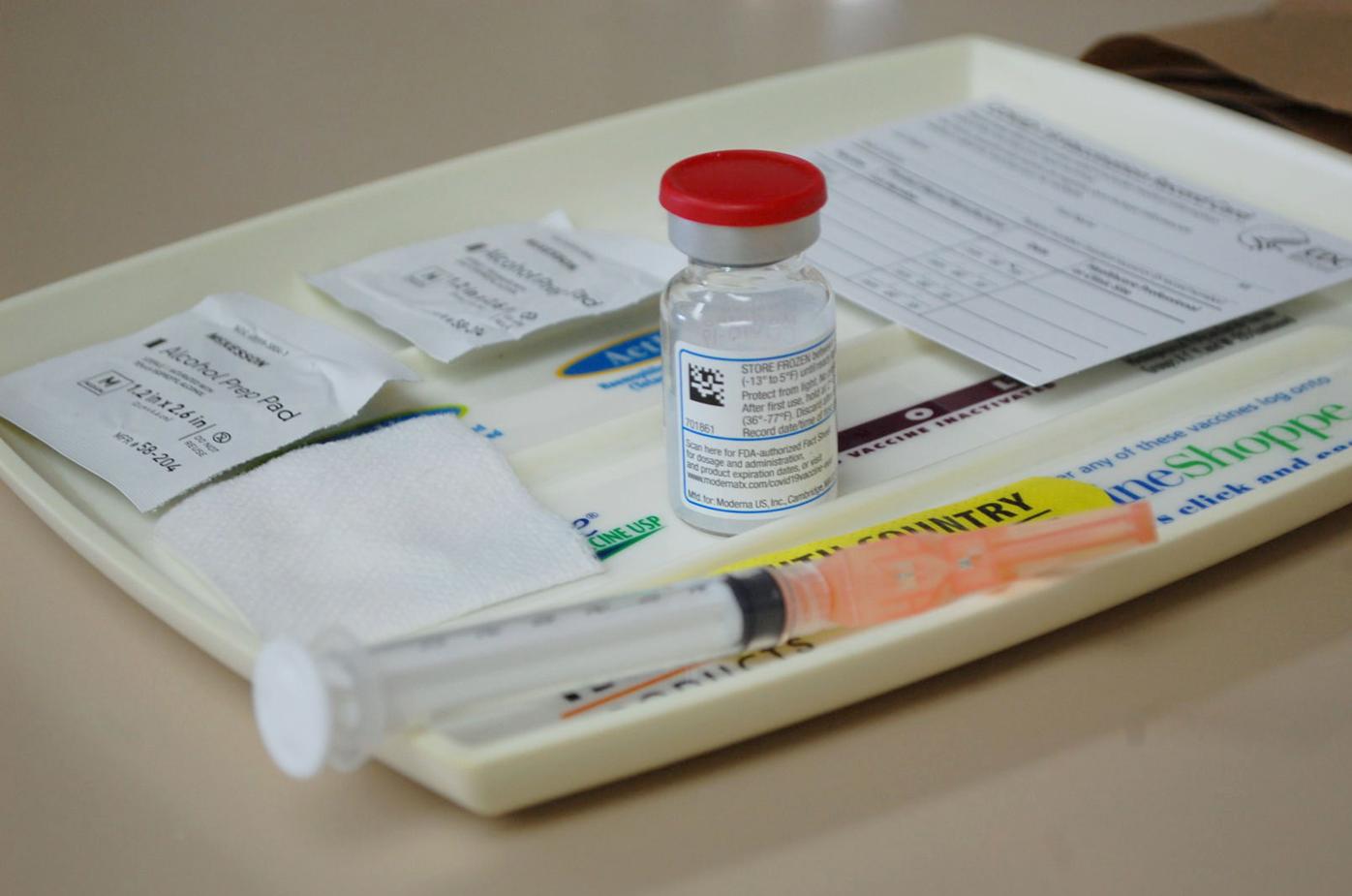 After waiting for it to thaw, Steele County Public Health Director Amy Caron received the department’s first dose of Moderna’s COVID-19 vaccine in a video on Monday.

“No burning or anything like that,” Caron said afterward. “I barely noticed it actually.”

Caron received the vaccine during her COVID-19 video update on Monday, which can be viewed on Steele County’s Facebook page, to give the public confidence in the vaccine.

Individuals wil have to weigh their own risk when deciding to get the vaccine and health officials already know some residents won’t receive the vaccine because they’re hesitant about it, she said. She added that she hopes receiving the vaccine publicly can build trust in it.

“By the time we get to these larger public (vaccination) clinics, hopefully enough of us have gone through it that they can see that they did alright,” she said.

“People should not be calling and asking to be put on a list for a vaccination,” she said. “Messaging will go out when vaccination is available.”

Meanwhile, the surge in COVID-19 cases in Minnesota is lessening. Minnesota’s positivity rate for COVID-19 tests has dropped to 4.1%, which Caron said is “drastically down” from the previous two months. She said she hopes people kept their gatherings to a minimum during Christmas like they did during Thanksgiving, which helped lower the number of cases.

“Unfortunately, I think it has helped a little bit to have the bars and restaurants not have that indoor dining, although I know we can’t sustain for long because that takes a toll on our businesses,” she said.

While Pfizer’s COVID-19 vaccine is going to medical facilities, public health agencies are receiving the Moderna COVID-19 vaccine, which requires two doses 28 days apart. Moderna’s vaccine doesn’t need to be stored at extremely low temperatures like Pfizer’s vaccine does. The county doesn’t have a fridge that can store at the temperature needed for Pfizer and that’s part of the reason why the county is receiving Moderna’s doses, Caron said.

The state says it’s “game time” for the vaccine and counties shouldn't hold on to any vaccines. In the region, Caron said they have a redistribution agreement to move vaccines if one area has a lot of vaccines and can’t use them.

Steele County Public Health received its first 100 doses of Moderna’s COVID-19 vaccine on Wednesday and will receive 200 more on Tuesday. Rice County has received about 200 doses of Moderna’s vaccine and plans to begin vaccinating people who are considered the highest priority, including EMS and community COVID-19 testers, Purfeerst said.

Reports from the Johns Hopkins University vaccine tracker suggest that Minnesota is lagging behind neighboring states in vaccinations thus far, but Minnesota Department of Health spokesperson Doug Schultz suggested those tallies are outdated.

According to Schultz, roughly 175,000 doses have made it to Minnesota and about 37,000 Minnesotans have already received one. With the stakes so high, Schultz said the state is taking the time it needs to properly train those who will deliver the vaccine.

One complicating factor is the extraordinarily cold temperatures at which the Pfizer vaccine must be kept. In addition, Schultz said that more mundane challenges like the pre-Christmas snowstorm that hit Minnesota hard can slow down delivery.

“I think we’ve gotten most of what we’ve needed,”he said. “Right now, there seems to be a continuous supply of shipment.”

Caron said she expects weekly shipments of the vaccine going forward and doesn’t expect any delays in the shipments. The county has been stockpiling other supplies needed to administer the vaccine, such as syringes and alcohol pads, to ensure the county won’t be stuck with vaccines without the supplies to provide them, she said. The county also has backup plans in place for staffing vaccine clinics as they deal with nurses out of the office due to COVID-19.

The vaccines are more than 90% effective and if enough people decide to get the vaccine, herd immunity can be built up quickly, Caron said.

“I’m hopeful that by the end of 2021 that we’re sitting in a really good position,” Caron said.

The vaccine is being distributed in Minnesota according to the categories set by the Centers for Disease Control and Prevention, and the Minnesota Department of Health. Phase 1a includes long-term care staff and residents, emergency medical personnel and healthcare workers. Phases 1b and 1c still need to be finalized in Minnesota, Caron said.

Phase 2 is when there will be an “overabundance” of COVID-19 vaccines and the county can begin rolling out the vaccine for the public, she said.

Caron said she believes rural counties will get through the first three phases more quickly than the Twin Cities metro because there’s less population. But it’ll be a matter of whether the county is allowed to then move right into vaccinations for the general public once it completes phases 1a, 1b and 1c. If that’s allowed, Caron said drive-thru vaccination clinics for the public could begin in April or early May.

Part of the county public health department’s role is also to assure that entities have what they need. Caron said they’re in communication with the health care systems to ensure they have enough of the vaccine. Long-term care facilities are contracting with major pharmacies to directly receive the vaccine for staff and residents, but the county public health department serves as a backup to provide them with the vaccine, she said.

“We really got to get it down to a science as far as how many people are coming to these clinics, exactly who is going to show up,” she said. “The big thing now is getting that vaccine out as quick as possible and not wasting because it’s precious cargo.”