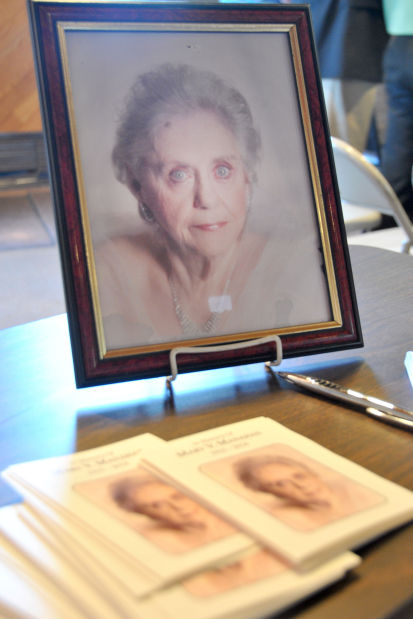 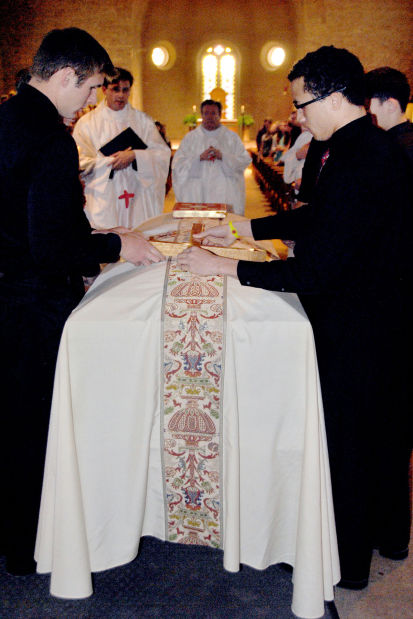 Ninety-eight-year-old Mary Manahan died alone this week. She suffered from Alzheimer’s, which first claimed her mind, and then her body.

She had just two distant living relatives. No living friends, no extended family.

For the last eight years of her life, she lived in lonely solitude, not talking much other than to ask about and look for the love of her life, her twin sister Mildred, who’d died in 2006.

But on Friday, Mary received the precious gift of a family’s love, as hundreds gathered to honor her life.

Mary Veronica Manahan came into the world on Dec. 4, 1915, with a soulmate. She and twin sister Mildred were the youngest of the 12 Manahan siblings and all, including parents Charles and Mary Elizabeth, lived and died before her.

Oldest brother Charles died at the age of 1. Brothers John and Francis defended their country in WWI. Two other brothers, George and Raymond, fought in WWII. Brother William fought in both wars.

Isadore, George and Raymond never found wives. Raymond became ill during the war and spent most of the rest of his life in a veteran’s home.

Irene died young, at 42. Mildred and Mary lived with brother, George, who worked at the turkey plant. Until George’s death in 1989, the three could always be seen together around town, George playing chauffeur to the always identically dressed Mildred and Mary.

Some of the brothers and one sister, Helen, had children, but after George died, it was really just Mildred and Mary in St. Lucas Care Center.

The Rev. Father Kevin Finnegan of Divine Mercy had known Mary Manahan for roughly 15 years. He and other members of the Catholic Church where Mary and Mildred were baptized had been visiting them occasionally — usually the only visitors the two had.

Monthly, Finnegan or the Rev. Father Erik Lundgren would preside over Mass at St. Lucas, and they could always count on Mary to be there, even in a wheelchair.

Around March 25, Finnegan received a call from St. Lucas. Mary was dying; could he administer last rites?

As he held Mary’s hands in his, anointed her with oil and prayed over her, he was unsure she even knew he was there — until she lifted her frail body up toward his ear and whispered three words.

And as he retold the story to a packed church on Friday, it drove him to tears.

So, when Finnegan asked Donlon whether the school would be willing to share its Friday morning Mass at Immaculate Conception Church with Mary’s funeral, though unusual, there was only one answer for Donlon this Lenten season.

Hundreds of students, parents and BA staff gathered in the gentle morning light of spring to let Mary know she was not alone. Student pallbearers moved her casket to the front of the church. Student singers lifted their voices in perfectly harmonized song.

Students offered the prayers of the faithful and students served pastors Finnegan and Lundgren as they presided over the funeral Mass.

And not a whisper of sound could be heard when Father Finnegan finished his eulogy reminding us all that when we die we become part of something so much bigger than a solitary life lived and finished alone.

Finnegan reminded congregants that Mary studied cosmetology, which he looked up because he wasn’t quite sure what it meant. He was surprised and delighted to find it meant the study of how to make things beautiful, because with her three simple words to him, that is exactly what Mary Manahan did.

“She was almost alone in the world, and here she was, making my world more beautiful,” he said.

Shortly after the funeral Mass, Mary was reunited with the sister she dearly missed, laid to rest in Calvary Cemetery, next to Mildred.

Reach Managing Editor Jaci Smith at 333-3134, or follow her at Twitter.com @FDNJaciSmith