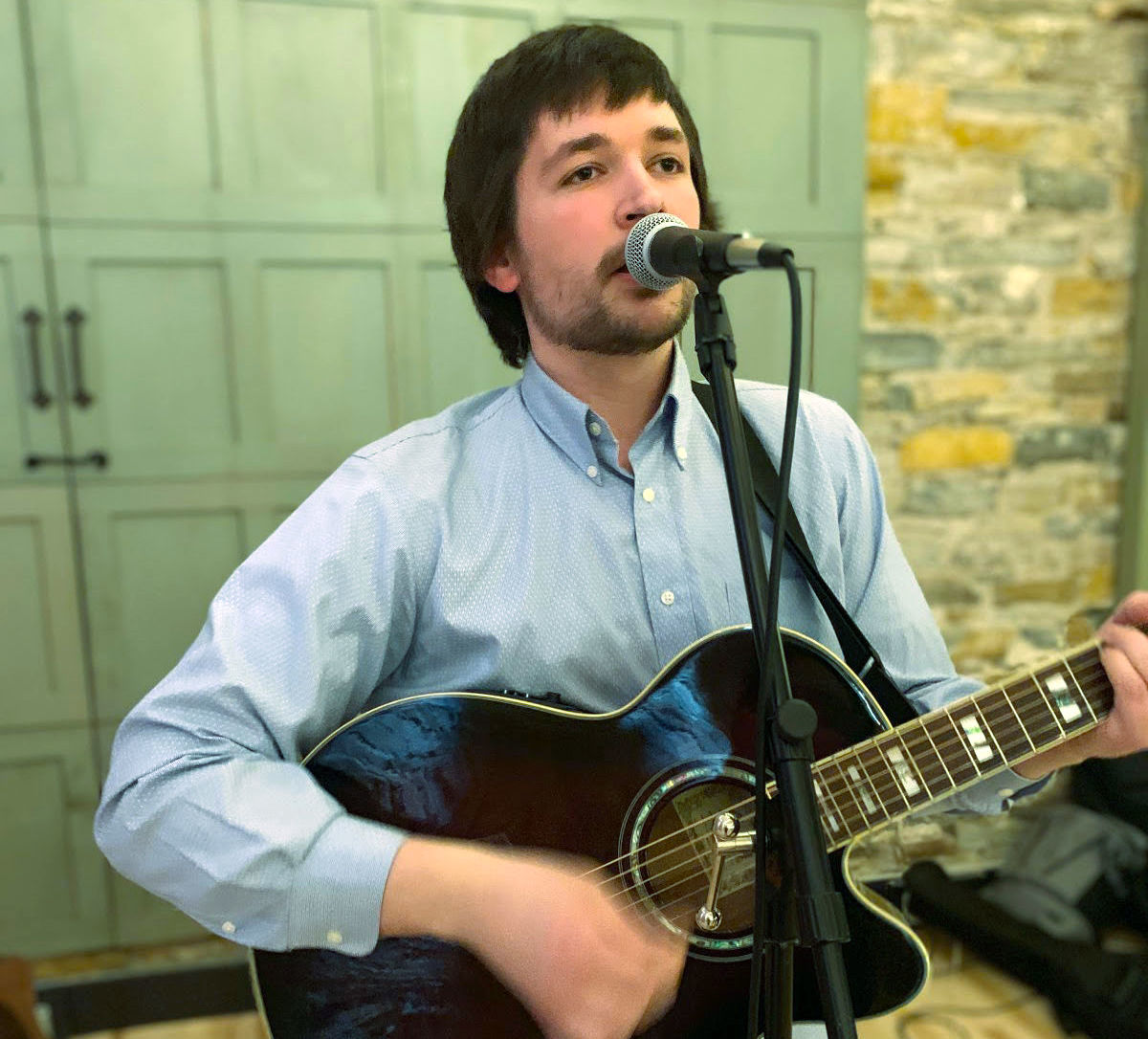 Luke Smith, a music student at MSU, moved back to Faribault temporarily after the college shut down during the pandemic. He’s since collaborated with musical artists virtually and create a playlist called “Songs from Home.” (Photo courtesy of Luke Smith) 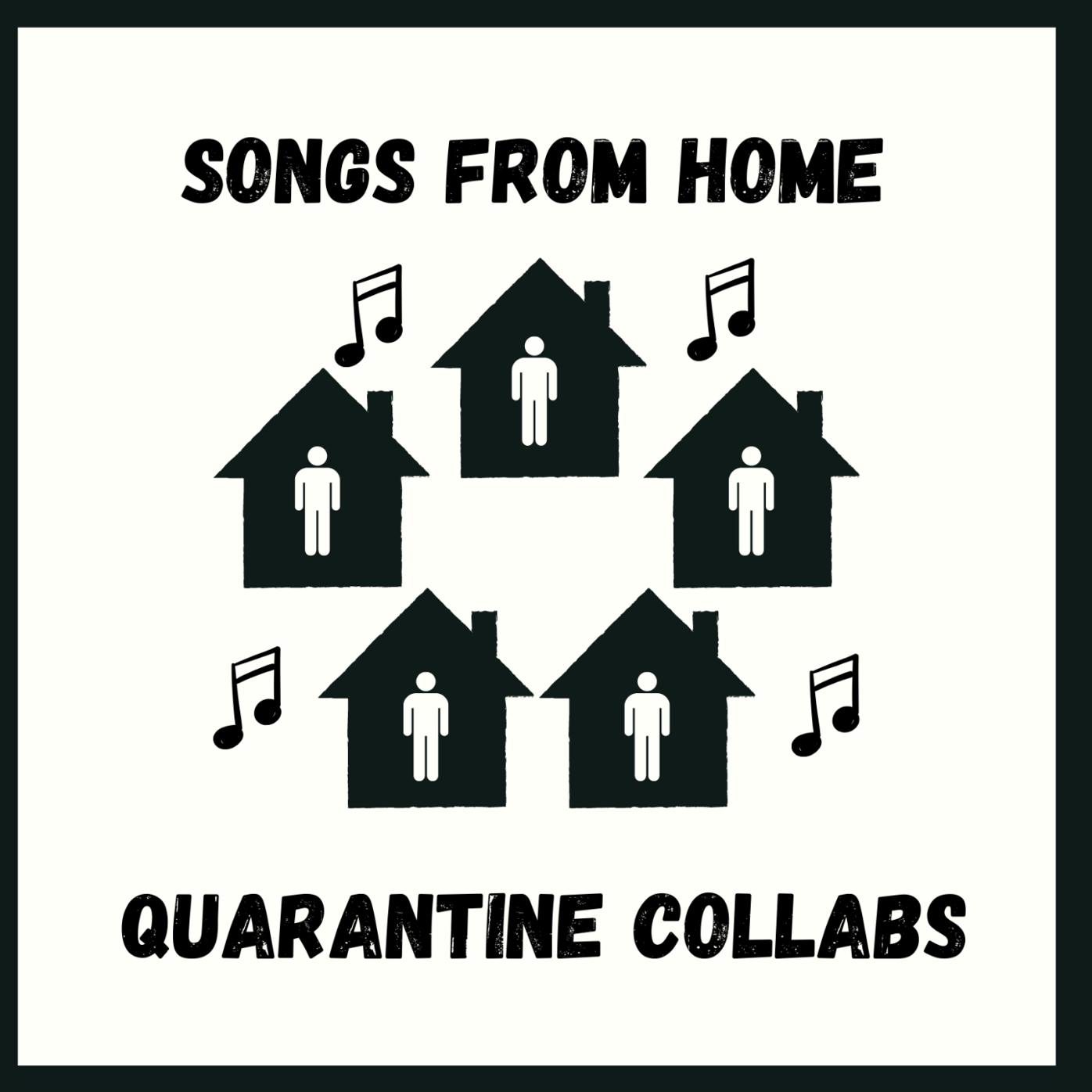 Luke Smith designed this album cover for the playlist he created with other performers during stay at home orders. (Image courtesy of Luke Smith)

Luke Smith, a music student at MSU, moved back to Faribault temporarily after the college shut down during the pandemic. He’s since collaborated with musical artists virtually and create a playlist called “Songs from Home.” (Photo courtesy of Luke Smith)

Luke Smith designed this album cover for the playlist he created with other performers during stay at home orders. (Image courtesy of Luke Smith)

Luke Smith studies music industry at Minnesota State University, Mankato, but he never collaborated with other musicians on a project until COVID-19 shut his campus down.

Back in Faribault, where he’s been sheltering in place with his family, Smith recognized a general despondency among those impacted by the coronavirus. He wanted to address a number of issues spawning from the pandemic and decided to do so the best way he knew how: with music.

“I had the idea that I could still collaborate remotely,” said Smith. “… I reached out to people over Facebook, and people I knew contacted me. It was mostly people I knew from Mankato and a couple people from Faribault.”

The finished product, an extended play record (EP) titled “Songs from Home” contains songs inspired by the living conditions synonymous with COVID-19. Smith wrote the instrumental components of each song and matched them with four contributing artists and music producers, who then wrote the melody and lyrics. Smith mixed the audio and has released one song per week since April 18 on SoundCloud and his own website, lukethomassmith.com. The whole album, which will include a new song, will become available on all music platforms May 30.

“Every single person has a song related to COVID-19 in some way,” said Smith of the “Songs from Home” playlist. “Most of them address the sadness of being quarantined and just feeling separated and isolated.”

One contributor, a full time live entertainer in Mankato who uses the stage name Ocho, immediately said “yes” to Smith’s Facebook call without knowing the full scope of the project. Out of work as a result of the pandemic, he was thirsting for any musical outlet that became available. The grief that transpired from being off the stage and away from other people inspired the lyrics Ocho wrote for Smith’s track “Life on Pause.”

“Halfway through the middle, there’s a line, ‘My grief is the least of our problems,’ because it’s true,” said Ocho. “It’s a much bigger concern than just my own life. It affects everyone on the globe. I have grief for myself, and I have grief for everyone.”

SMILEBRO, who knew Smith through classes at MSU, said “Songs From Home” was a natural collaboration. He contributed to the project by adding vocal pieces to one of the songs and helping with the production pieces.

“I think it was a good way to get out of your comfort zone and feel like you have a semi-purpose during a time of getting laid off,” said SMILEBRO, who also released his first EP during the pandemic. “ … I would be open to future collaborations with Luke and others in the area.”

Smith asked his friend Matthew Ruff, a recent MSU graduate who also majored in music industry, to write the chorus to a song about the feeling of isolation during stay at home orders.

“It was definitely great to have some sense of normalcy while in this situation that’s so unreal to be in,” said Ruff of the collaboration. “I think it got me to start writing music in a different way than I’m used to.”

Ruff wrote an EP that was released last year, and he explained that a lot of his music revolves around romance and heartbreak. “Songs From Home” pushed him to think outside that box.

Mary Clare Stroh grew up with Smith and custom writes songs for people depending on their life circumstances. She volunteered to participate in Smith’s project while waiting to give birth during the coronavirus. As a writing prompt, Smith challenged her to find a silver lining to being in quarantine.

“My husband was laid off, so he’s been home with our twin boys and me,” said Stroh. “It’s been a blessing to have him here, especially in those last months of pregnancy, to have the four of us together constantly as we prepared for a fifth person. That’s what I wrote about — with so much uncertainty that we still have each other.”

Stroh said she’s always open to playing music with others, but it would be more difficult without the extra time she has right now.

“I think it was a really cool idea Luke had to bring musicians together without actually getting together and jam,” said Stroh. “It’s been fun to see him slowly release songs and get to know other musicians as well.”

Listen to "Songs From Home" online at lukethomassmith.com/songwriter-showcase or soundcloud.com/latenightluke/sets/songs-from-home. Videos are posted at tinyurl.com/y7pcx2g2. The full album will be released on all platforms May 30 under Smith's music moniker Late Night Luke.