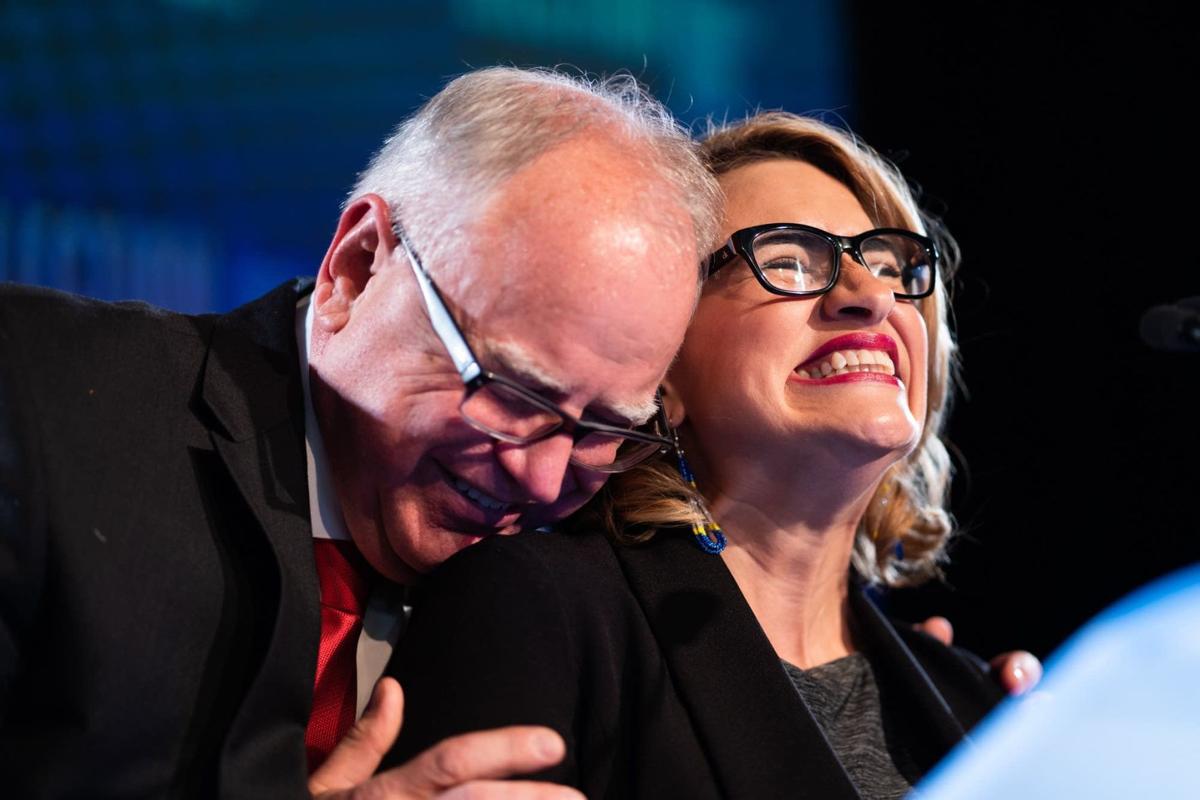 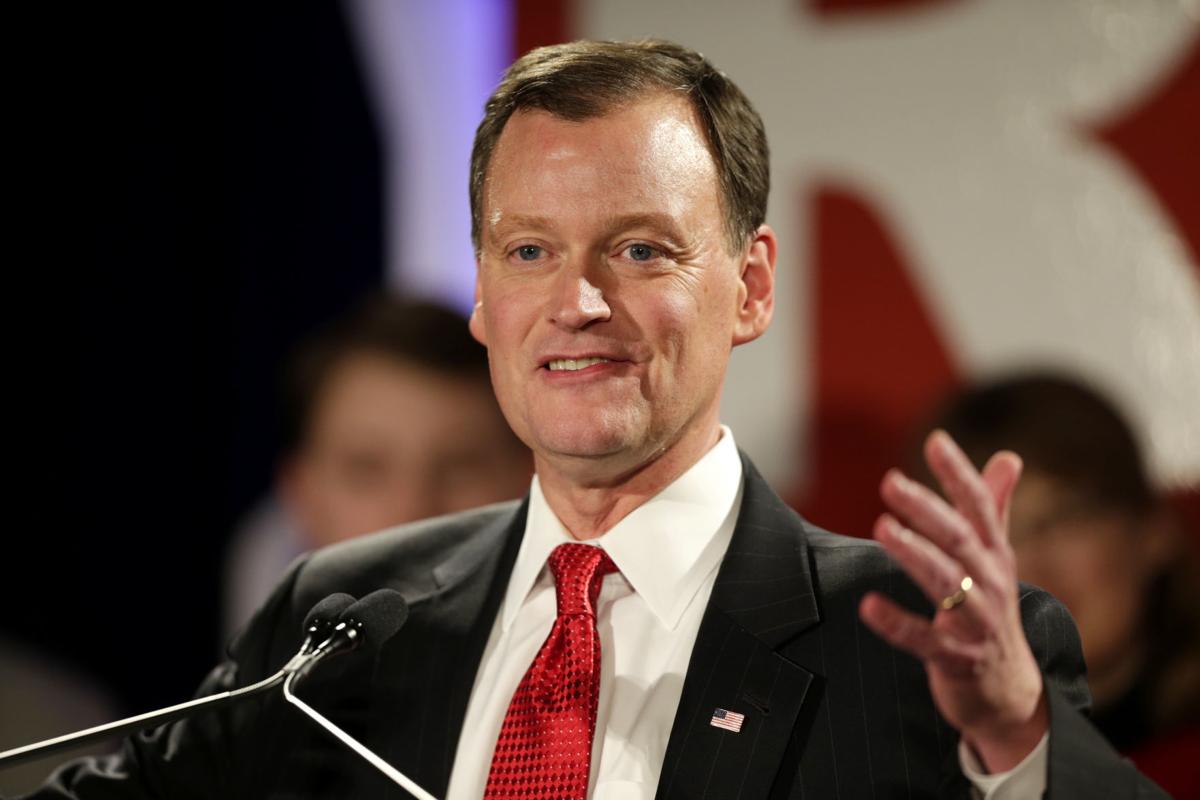 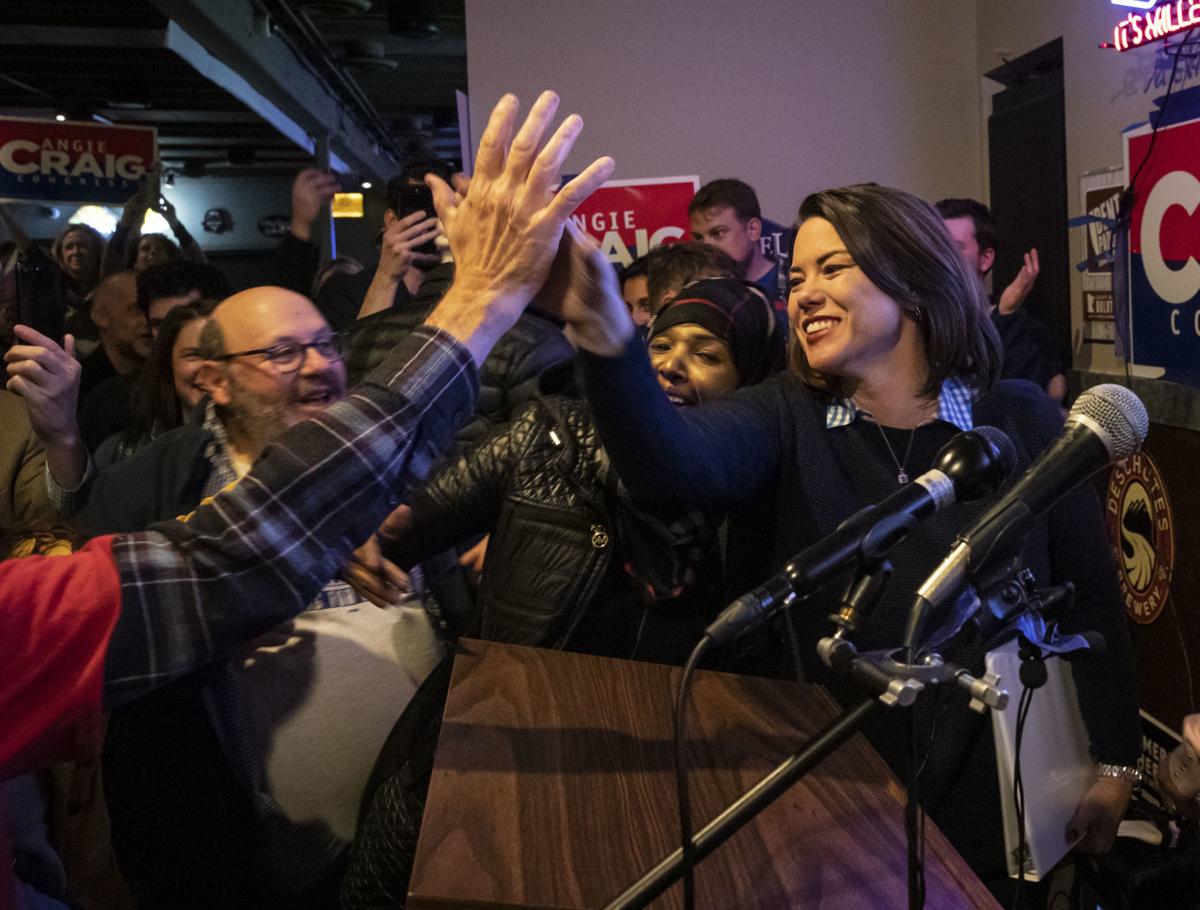 Melissa Hortman was the very last speaker to take the stage at the election night party for Minnesota Democrats, but she still had plenty to say.

The Minnesota House DFL minority leader started listing off the names, one at a time, of the 16 candidates who managed to flip legislative districts on Tuesday, and the results were still rolling in.

“I’m just blown away,” she said after midnight, flanked by her new colleagues in the chamber.

By the time the dust settled on the evening, state House Democrats had picked up 18 seats — pending one recount — to reclaim the majority in the chamber for the first time in four years. They’d already cleared the 11 seats they needed to take control by 11 p.m.

It was a stunning upset, one that came after Democrats had already swept all the other statewide offices, including two U.S. Senate seats and open races for governor and attorney general.

It was part of a national surge for Democrats, who benefited from a fired up progressive base in opposition to Republican President Donald Trump. Democrats reclaimed Congress and counted up key victories in states like Wisconsin, where Republican Scott Walker was defeated in his quest for a third term.

And it was a big turnabout from two years ago, when Democrats were sulking and Republicans were reveling in unexpected victories propelled by Trump, who nearly won the state. On Tuesday night at the Republican headquarters, the crowd thinned as each Democratic victory was notched, and grumbling about the cause was already underway.

“Around the country there wasn’t a blue wave, but in Minnesota there clearly was a blue wave,” said state Sen. Paul Anderson, a Republican from Plymouth who saw many of his suburban political allies knocked off on Tuesday.

But Republican state Senate Majority Leader Paul Gazelka pushed back on that idea. He was bolstered by their victory in a winner-take-the-majority state Senate race, which was open after former Republican Sen. Michelle Fischbach left to run for lieutenant governor

That left the chamber tied 33-33, and Democrats and Republicans poured more than $1 million into trying to capture the seat. But in the end, Republican state Rep. Jeff Howe easily beat Democrat Joe Perske in the central Minnesota seat, keeping the chamber in Republican control and the Legislature divided next year.

“You can’t call it a blue wave,” said Gazelka, R-Nisswa. “You can say it was a midterm adjustment.”

In Minnesota’s northeastern 8th District, Republican Pete Stauber had a decisive victory over Democrat Joe Radinovich, and in the southern 1st District, Democrat Dan Feehan was edged out by Republican Jim Hagedorn.

The 2018 midterm results highlight a problematic map for both parties, where Democrats find themselves increasingly the party of urban and suburban core, surrounded by a sea of red in exurban and rural Minnesota.

Democrats must balance their metro-heavy delegation with an agenda that can also bring rural voters back into the party. And again, Republicans were shut out of every statewide office in Minnesota due to their inability to pick up enough votes in the metro area, where turnout is the heaviest.

Republicans haven’t won a statewide race in Minnesota since 2006.

The closest they came this cycle was the open attorney general’s race, where Democratic nominee and U.S. Rep. Keith Ellison was dogged by an allegation of domestic abuse all election cycle. Late in the race, polls showed his Republican opponent, little-known former state Rep. Doug Wardlow, leading Ellison by as many as 7 percentage points.

But Ellison crawled over the finish line with a plurality — not a majority — of voters supporting his campaign. That continues the Democrats’ 48-year streak in the attorney general’s office.

The race also made way for a new third party in Minnesota: Noah Johnson, the Grassroots-Legalize Cannabis candidate, garnered roughly 6 percent of the vote for attorney general, crossing the threshold to be recognized as an official party in the state of Minnesota.

By the end of the night, many Republicans grumbled that the result was inevitable. It was always going to be a struggle to protect seats with their party in complete control in Washington, D.C. Hortman, DFL-Brooklyn Park, noted that the party opposing the president picked up an average of 17 state House seats in midterm elections.

But, with their 18-seat pickup in the House, pending a recount in a Bemidji area district, she observed: “We are officially above average.”