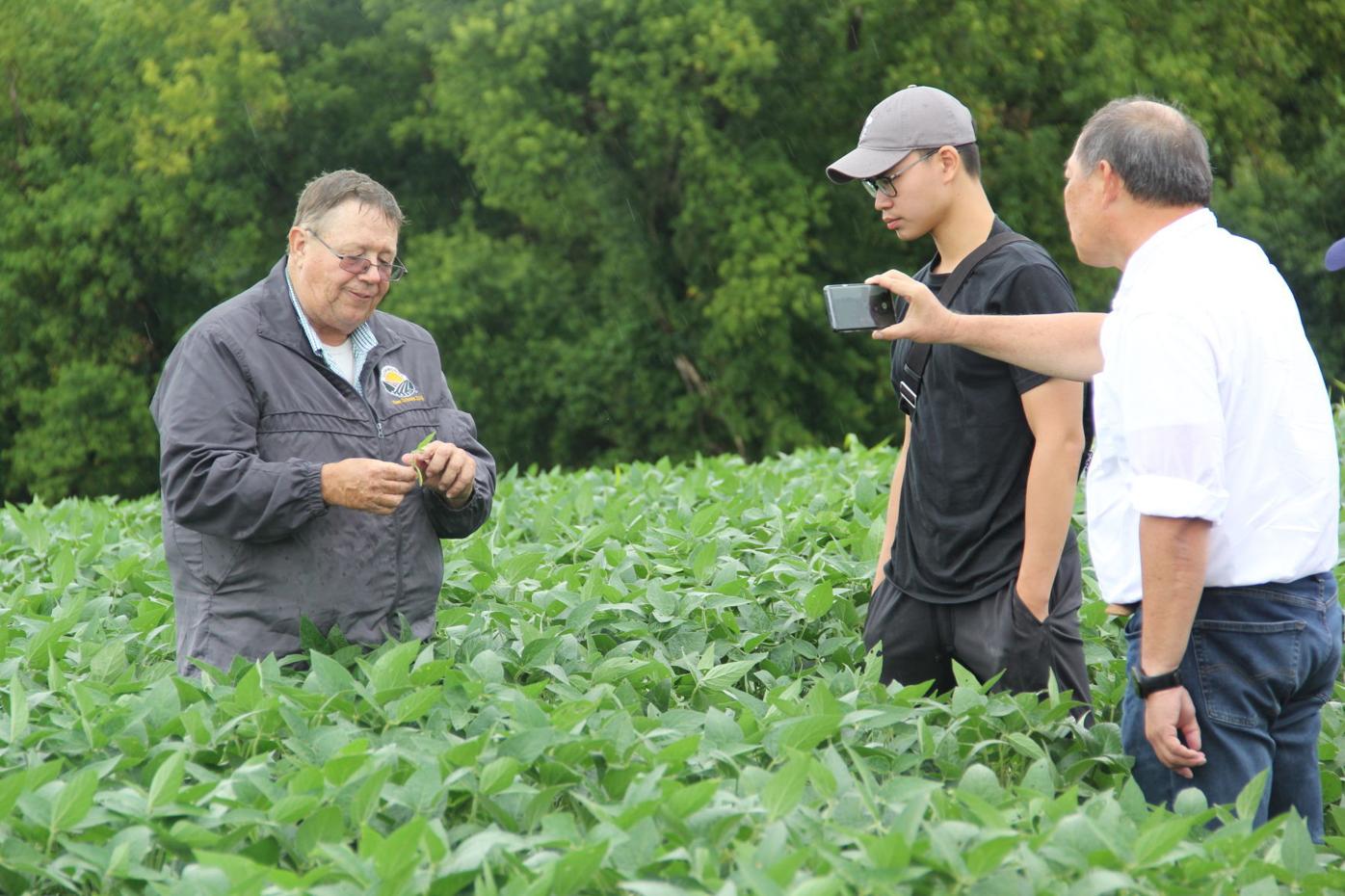 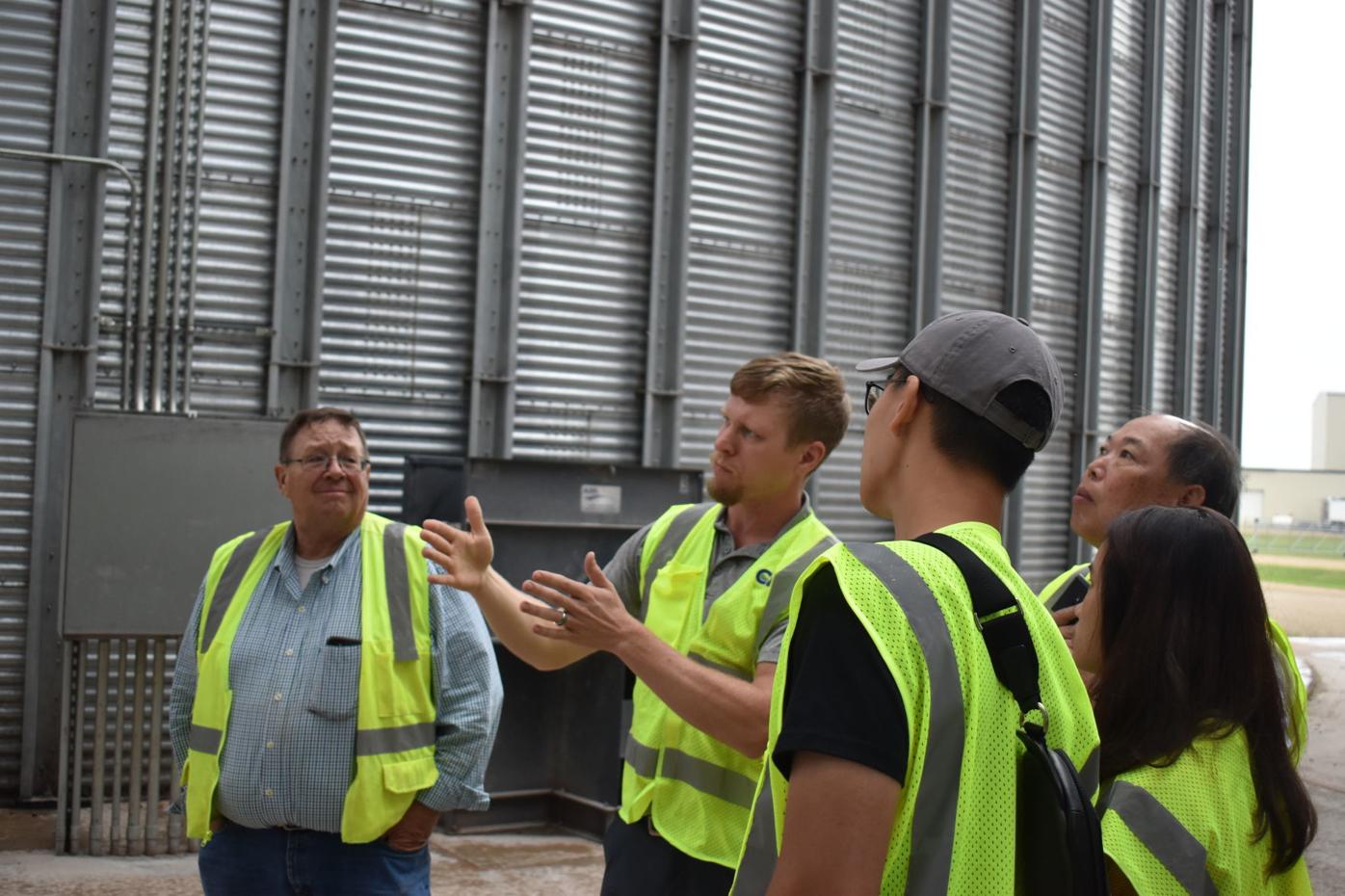 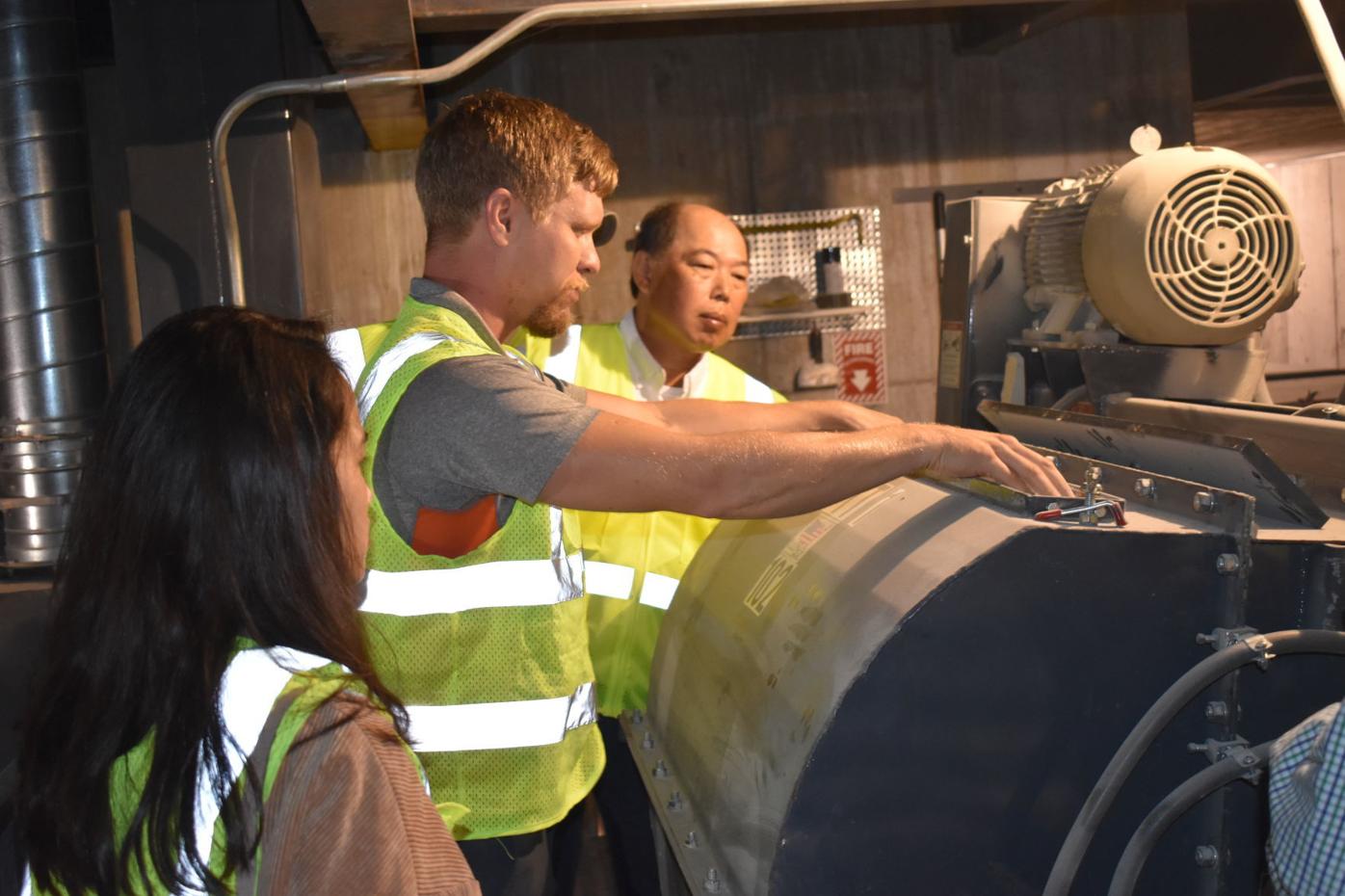 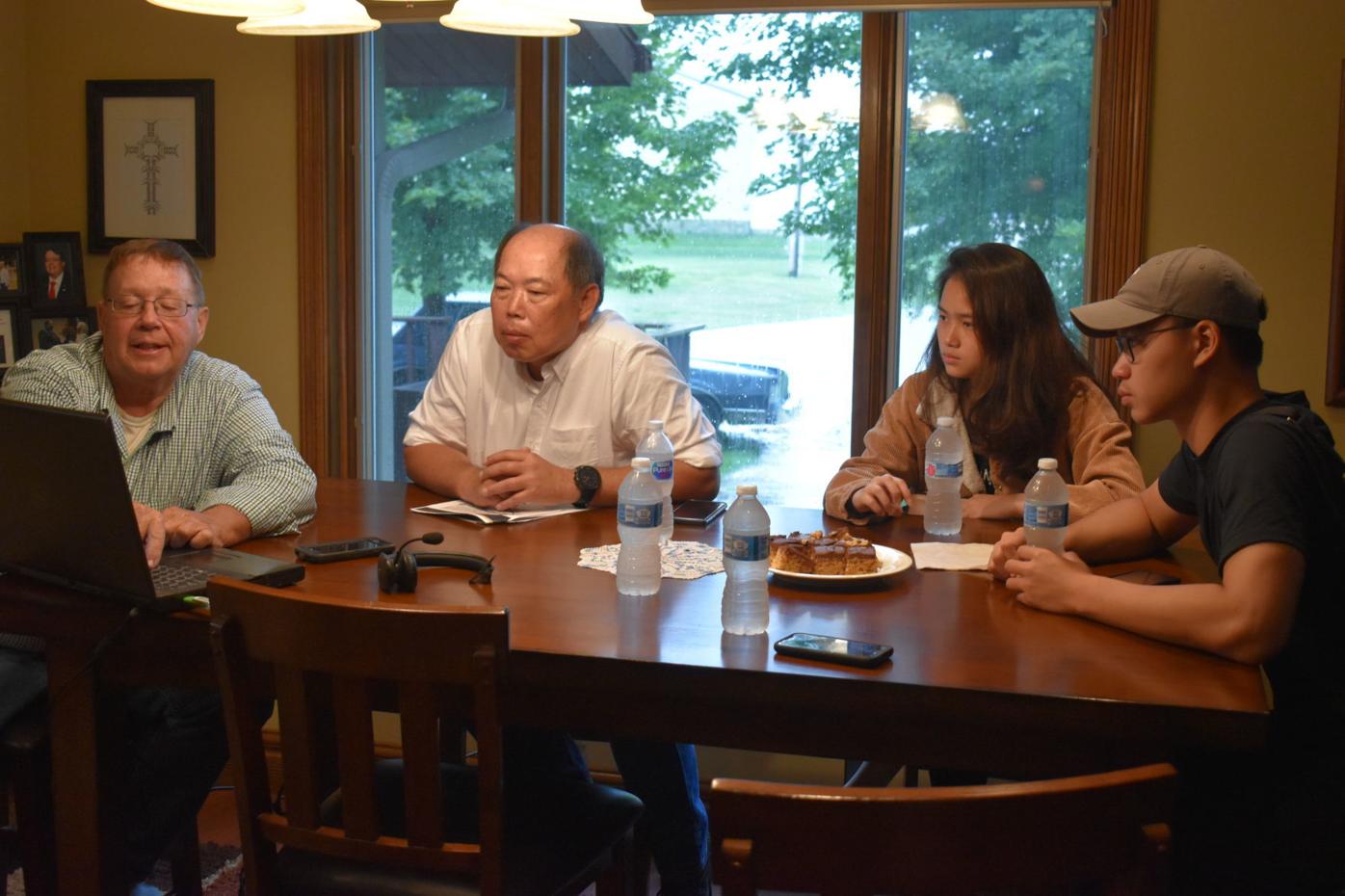 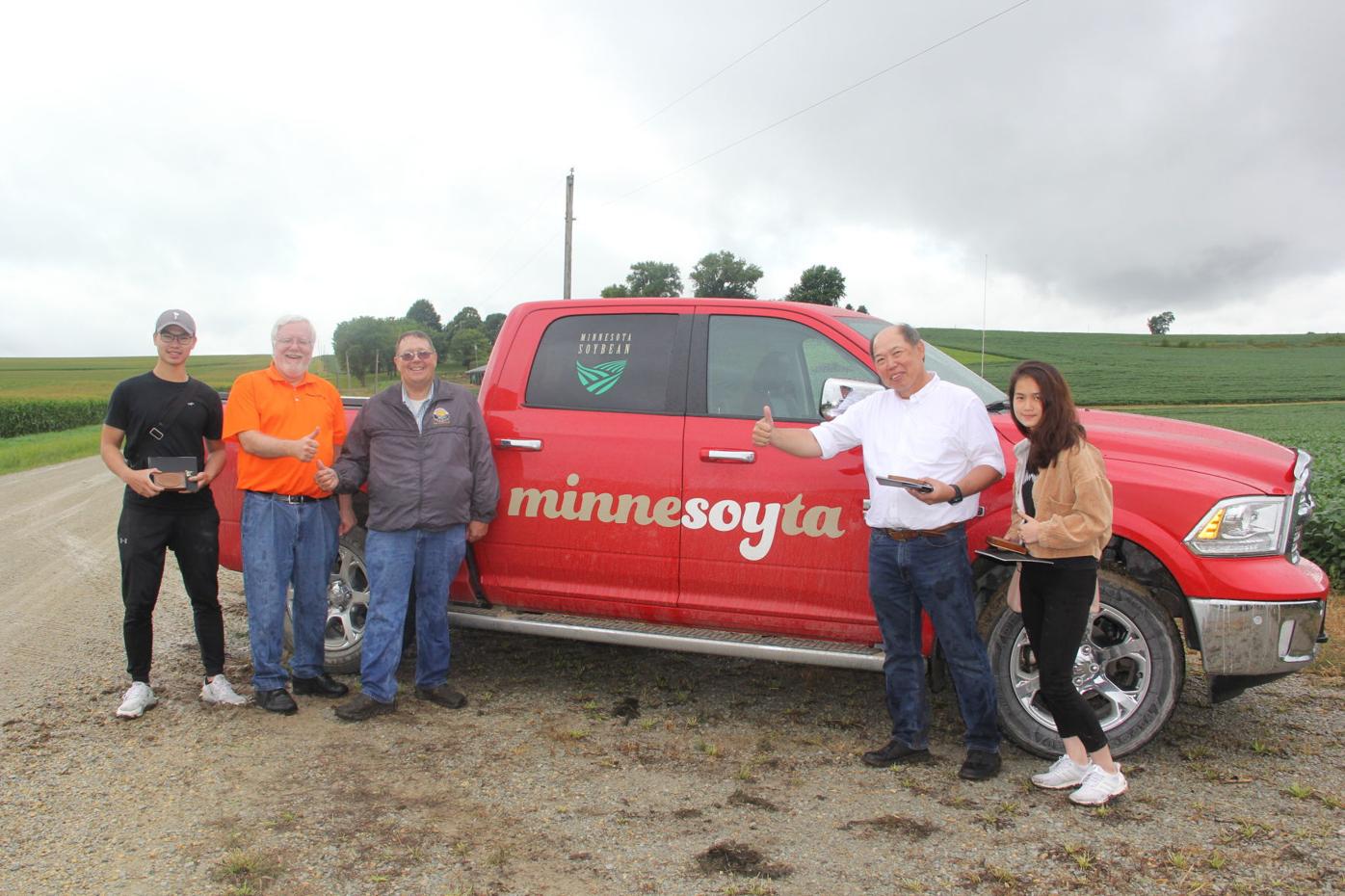 From left to right: Samudra Arinardi, Kim Nill of the Minnesota Soybean Grower’s Association, Wheeling Township farmer Keith Schrader, Budi Arinardi, and Alvina Salim next to a soybean field. (Photo courtesy of the) 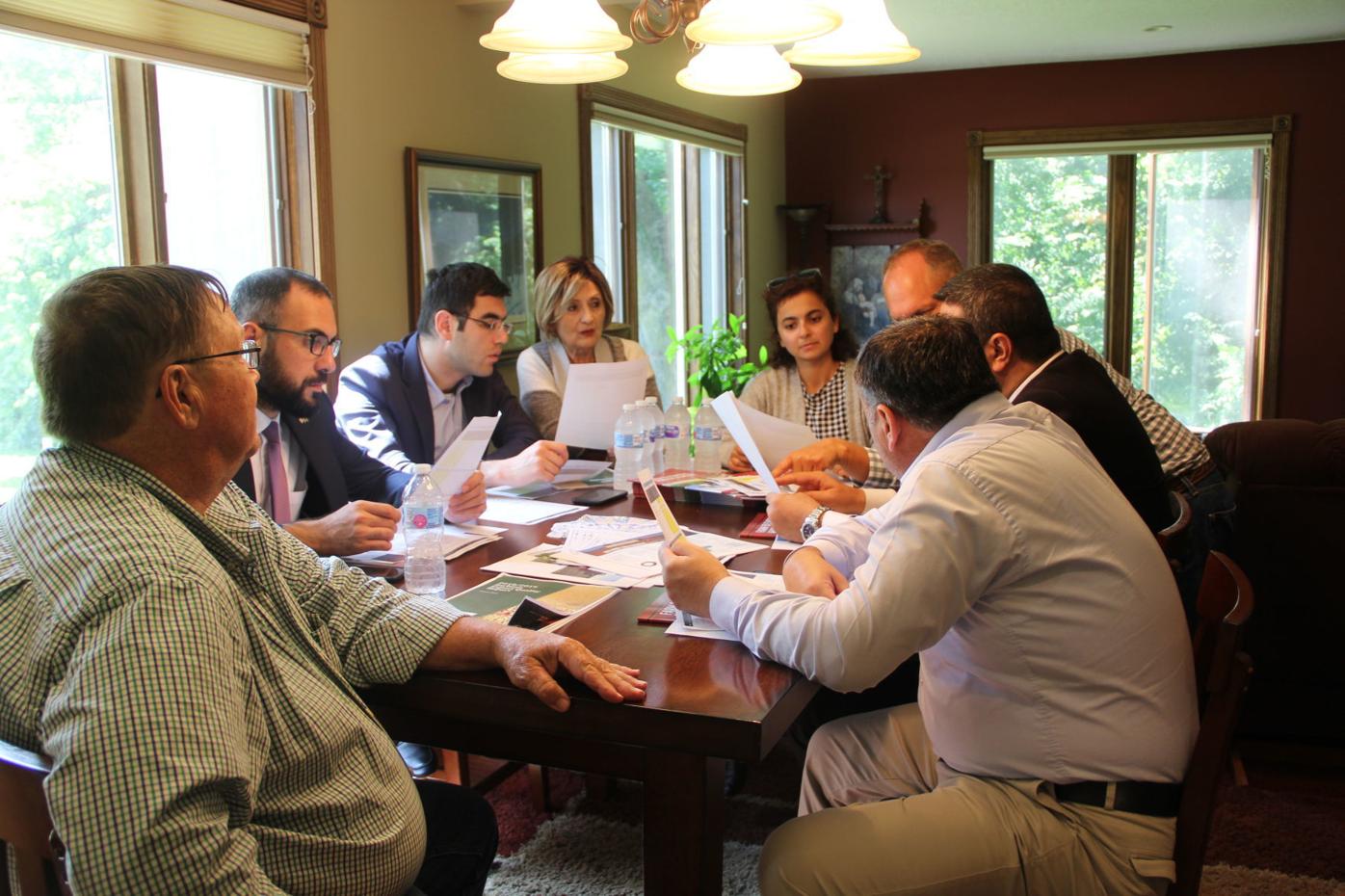 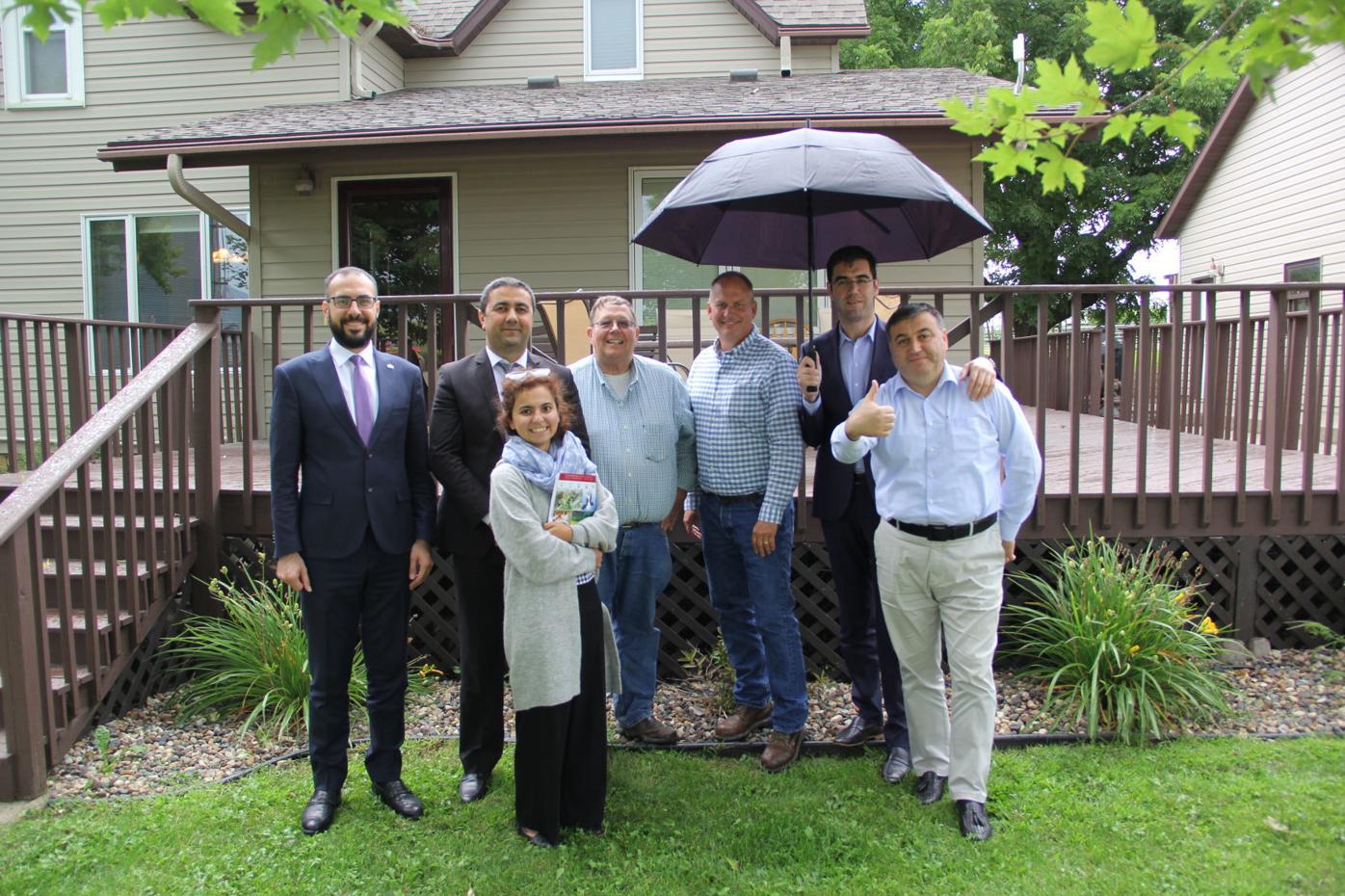 From left to right: Samudra Arinardi, Kim Nill of the Minnesota Soybean Grower’s Association, Wheeling Township farmer Keith Schrader, Budi Arinardi, and Alvina Salim next to a soybean field. (Photo courtesy of the)

Schrader and Kim Nill, who serves as director of market development for the Minnesota Soybean Growers Association, took both groups on a tour of Schrader’s farm and the Central Farm Service’s Randolph elevator, and provided extensive information about Minnesota’s soybean industry.

Even though Schrader no longer holds a formal position with the MSRPC, he continues to volunteer a significant amount of time with the council. He says he usually hosts international trade teams at his farm several times a year.

Today, roughly 10% of Indonesia’s soybeans are used for feed, while the other 90% are for food. Currently, Indonesian firms turn to Argentine suppliers for most of their soybean needs. Other countries in the region, like China, import more soybeans from the U.S. Many of these are Minnesota soybeans shipped by rail to ports in the Pacific Northwest.

American farmers are hoping to make inroads into Argentina’s share of the Indonesian soybean market, particularly as Argentina continues to struggle through an economic crisis. The value of Argentina’s currency dropped by more than 30% in one day earlier this month, after incumbent Mauricio Macri’s poor performance in the first round of Argentina’s Presidential elections increased fears that the country could default on its debt.

On Tuesday, Schrader hosted a group of Azerbaijani business executives interested in learning more about how southern Minnesota’s agricultural economy works. The visit was organized in conjunction with the State Department’s International Visitor Leadership Program. On this tour, Schrader was joined by South Central College Professor Mark Wehe, who specializes in farm business management.

A former Soviet state with an economy heavily dependent on natural resources, Azerbaijan is looking to build its farm economy. A robust Azerbaijani farm economy could serve to increase the country’s overall stability and economic growth and perhaps, Nill, of the Soybean Growers Association, was quick to add, provide a market for Minnesota-grown soybeans. Attending the tour were banker Mahammad Kalashov, Rashid Mammadov of the American Chamber of Commerce in Azerbaijan, Gudrat Ovchuyev of the Azerbaijan Export and Investment Promotion Foundation, entrepreneur Sara Rajabli, and businessman Ruslan Tablov.

Nill said that the trade missions are a critical piece of the Minnesota Soybean Growers Association’s mission of increasing demand and prices for Minnesota-grown soybeans.

“We want to send the message that Minnesota-grown soybeans are really great and you want to be using them,” he said.