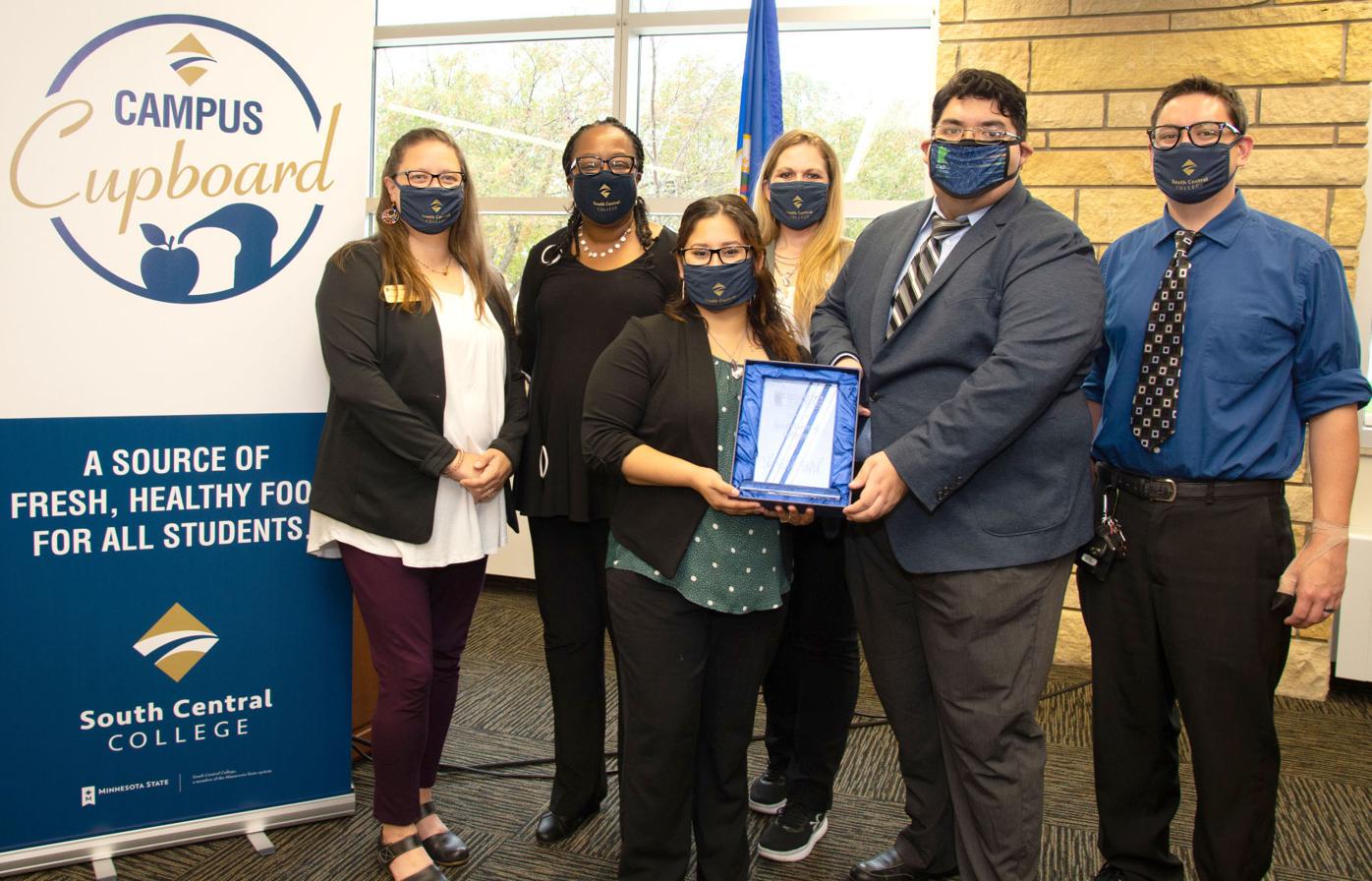 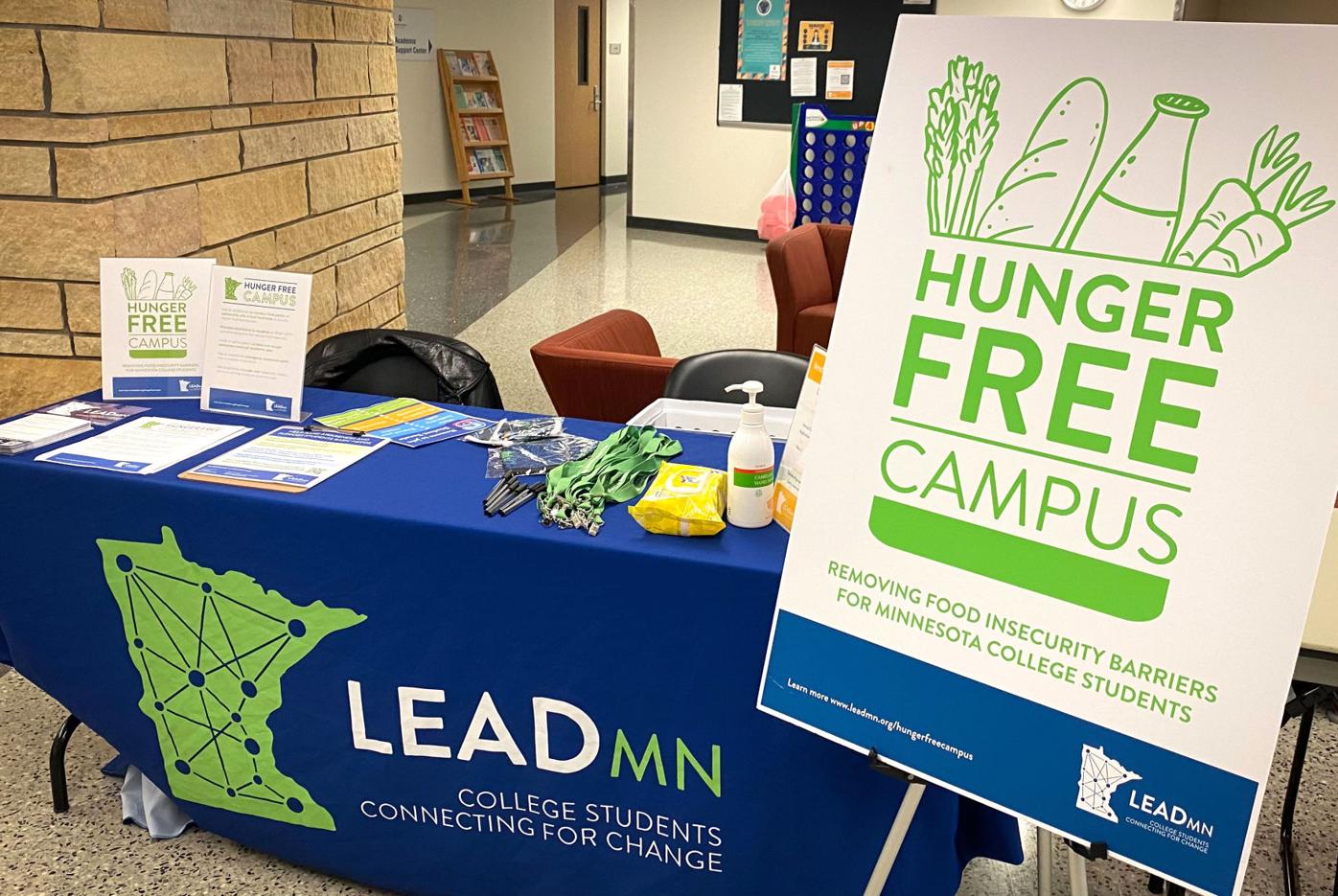 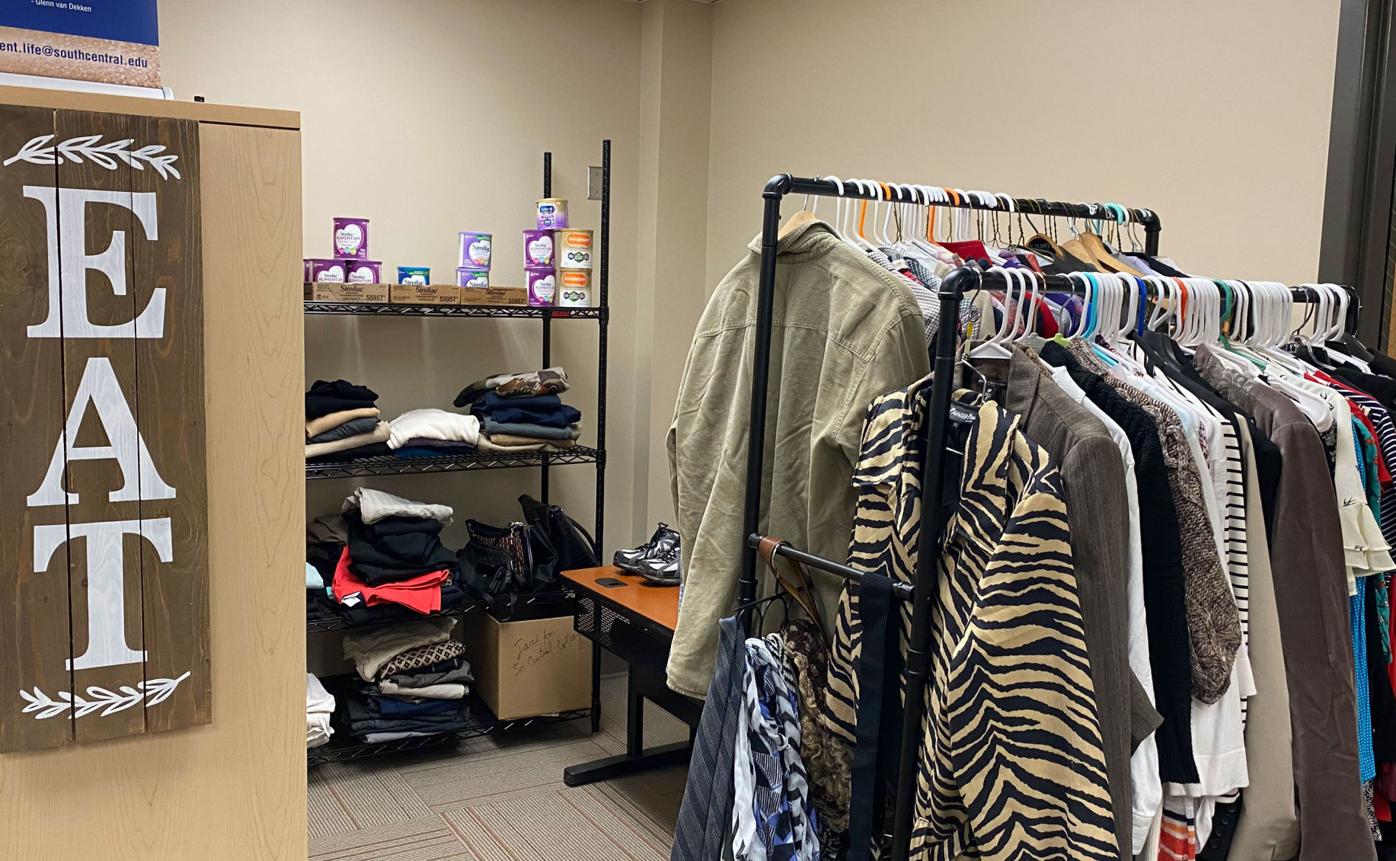 “South Central College is committed to taking care of our students not only academically, but also helping to help provide for their basic needs, which puts them in a better position to succeed,” said SCC President Annette Parker.

South Central College has been committed to addressing the issue of student hunger for several years:

• In 2016, the college, in partnership with its campus foundations, created the Lifesaver Emergency Grant and have since distributed over $150,000 to students for emergency support including basic needs such as food and housing.

• In 2017, SCC partnered with Minnesota Campus Compact to create a data-informed practice to address food insecurity. Using knowledge from the Wisconsin Hope Lab and an internal survey, the college made the decision to create food pantries on each campus.

• In 2018, the college with help from its designated Minnesota Campus Compact AmeriCorps Vista volunteer planning to establish a “Campus Cupboard” food pantry on both campuses which also served as a distribution point for professional clothing.

• During the COVID-19 pandemic when there was limited in-person access to SCC’s campuses, the Campus Cupboards remained available for students, distributing over 1,000 pounds of food.

• Since fully returning to campus in August, the SCC Campus Cupboards has distributed over 1,500 pounds of food.

“We are grateful to those who volunteer their time and donate food, clothing and funding to make our Campus Cupboards available to our students,” said Parker.