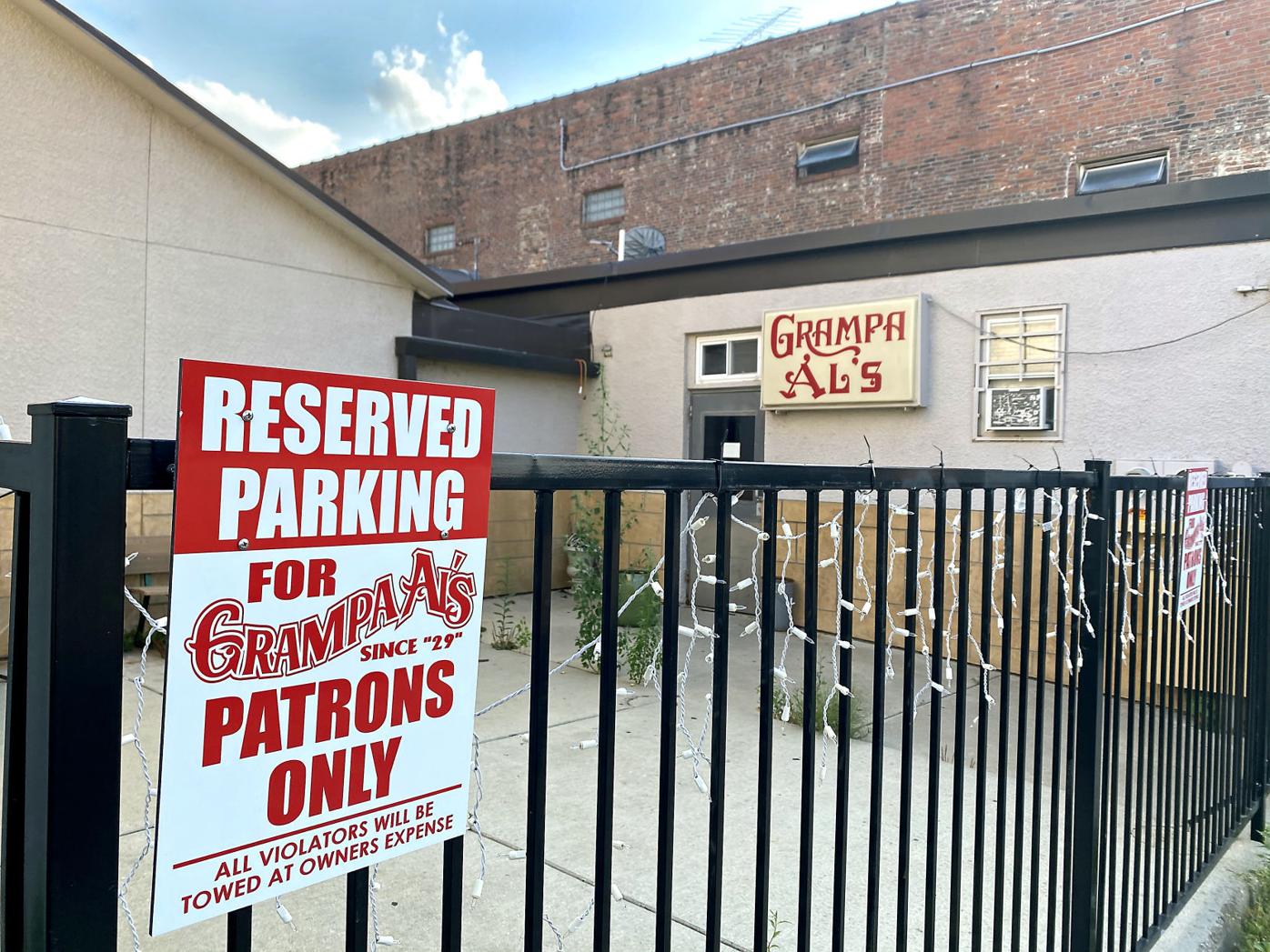 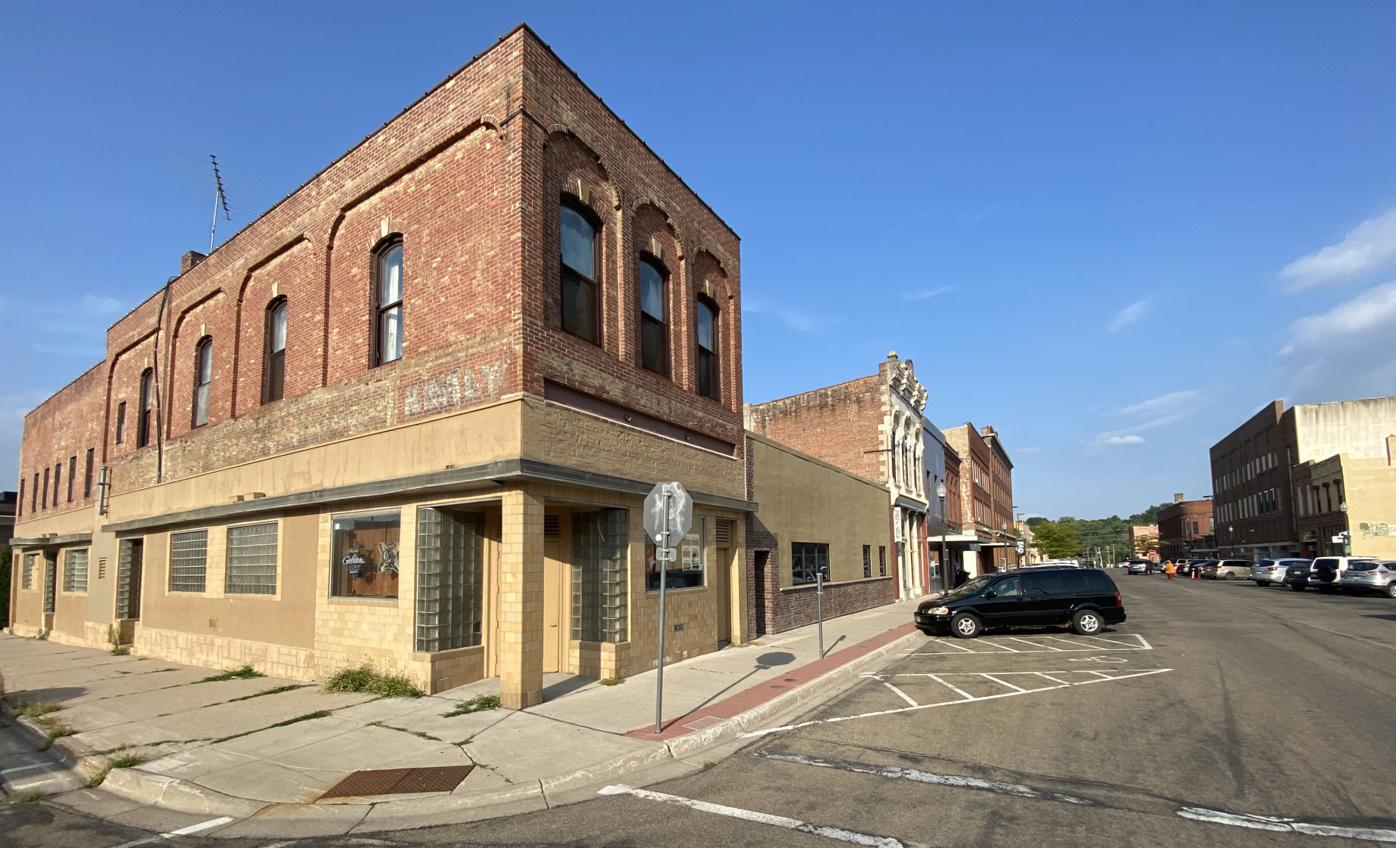 The building just to the south was previously owned by Jim Jasinski, but sold last year to the Faribault Masons. His bar, Grampa Al’s won’t reopen due to the pandemic. It had been in Jasinski’s family since 1929. (Suzanne Rook/Faribault Daily News)

The building just to the south was previously owned by Jim Jasinski, but sold last year to the Faribault Masons. His bar, Grampa Al’s won’t reopen due to the pandemic. It had been in Jasinski’s family since 1929. (Suzanne Rook/Faribault Daily News)

After nearly 90 years, an iconic Faribault bar has finally given up its liquor license after the COVID-19 pandemic destroyed its business model.

Al’s Place, known in recent times for the stream of live music it brought to town, has been in continuous operation since 1929, when Al Jasinski moved to Faribault from Owatonna and started a pool hall on the site. When prohibition was repealed in 1933, the business transitioned into a full service bar.

The bar was successful enough that Al Jasinski was able to pass it on to his sons, Don, Jerry and Gene. Jerry later bought out his brothers and became the business’s sole owner, then passed it onto his sons, Jim and Jake. In honor of their grandfather and the family legacy he started, Jim and Jake unofficially changed the name to Grampa Al’s. They even took cautious steps to potentially expand the business, buying the neighboring building at 24 Third St. in 2013.

At the time, it wasn’t exactly clear what the additional building would be used for. It’s known for its handsome polished marble exterior, the only such building in Faribault, and the Jasinskis speculated they might use the back for restrooms and have retail in the front.

Grampa Al’s never utilized that building, with a small gap between it and the other two buildings owned by the Jasinskis posing something of a barrier. At the end of last year, it was sold to the Faribault Masons after they decided to leave their old building.

Now, the entire business has been put up for sale by the Jasinskis due to the pandemic. Jim Jasinski said that the bar’s business model has become somewhat more fragile in recent years, increasingly reliant on attracting a full house to hear local bands.

“A lot of those bands didn’t even want to play inside with COVID,” he said. “Many of them include older members.”

In addition to the fears of musicians and potential customer, Jasinski said that trying to make a go of it would have been extremely difficult due to the likelihood that significant occupancy restrictions will be in place for the near future.

Jasinski said he’s been contacted by buyers interested in taking on the 90-year-old Faribault icon. However, the uncertainty inflicted by the pandemic and changing government guidelines has also hamstrung his ability to sell so far.

“With COVID, we don’t know if we’ll be able to stay open or get shut down again,” he said. “It’s a big scare.”

Faribault Area Chamber of Commerce and Tourism President Nort Johnson expressed disappointment at the loss of one of Faribault’s most storied businesses. He’s hopeful that the pandemic will lift soon and potentially enable the business to reopen under new ownership.

“l’s is a legendary Faribault establishment that will definitely be missed,” he said. “I know that a lot of our businesses in the restaurant, hospitality and bar industries have had a really hard time.”

Faribault Daily News readers were also deeply disappointed by the loss of the community icon. Many recalled unforgettable moments spent in the bar and were in disbelief that they might never be able to go back.

“So many memories, all good,” said Debra Swenson. Lots of people, good music, everybody having fun.”

“Over 40 years of good times and great music,” chimed in Cisco Duda Perry. “Met a lot of good people there. Loved when they had the early Blues bands. Too many times went for the early band and ended up closing out the late band also. Music was too good to leave!”