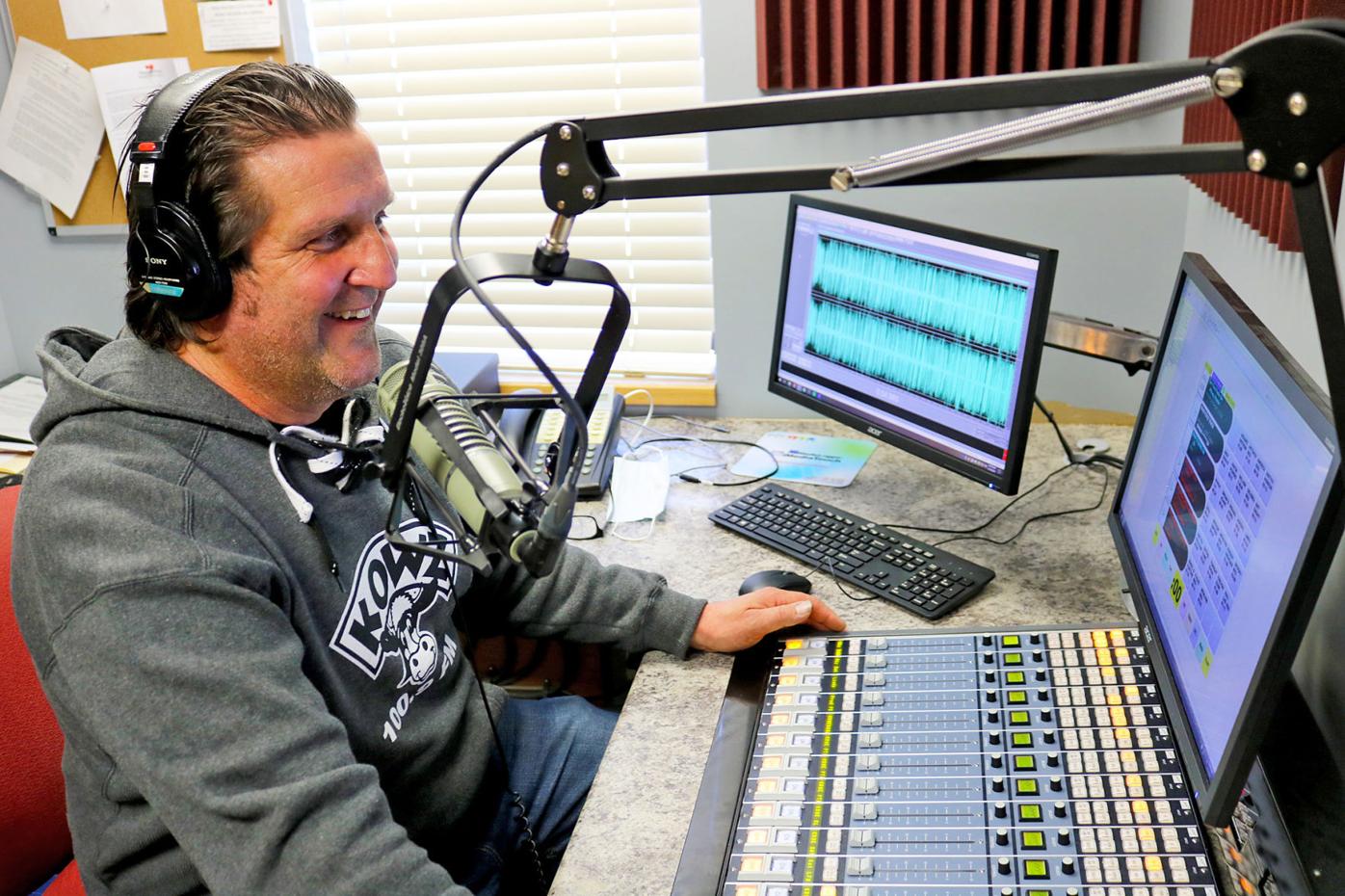 Brad Kubat has become accustomed to keeping his hand over the “cough button” at the KOWZ/KRUE Country radio station in Owatonna. After struggling with COVID-19 symptoms for over a year, making his job as a DJ and producer of the weekly music special “High Octane” more difficult, Kubat said he is finally starting to recover from what can only be described as a nightmare. (Annie Granlund/southernminn.com) 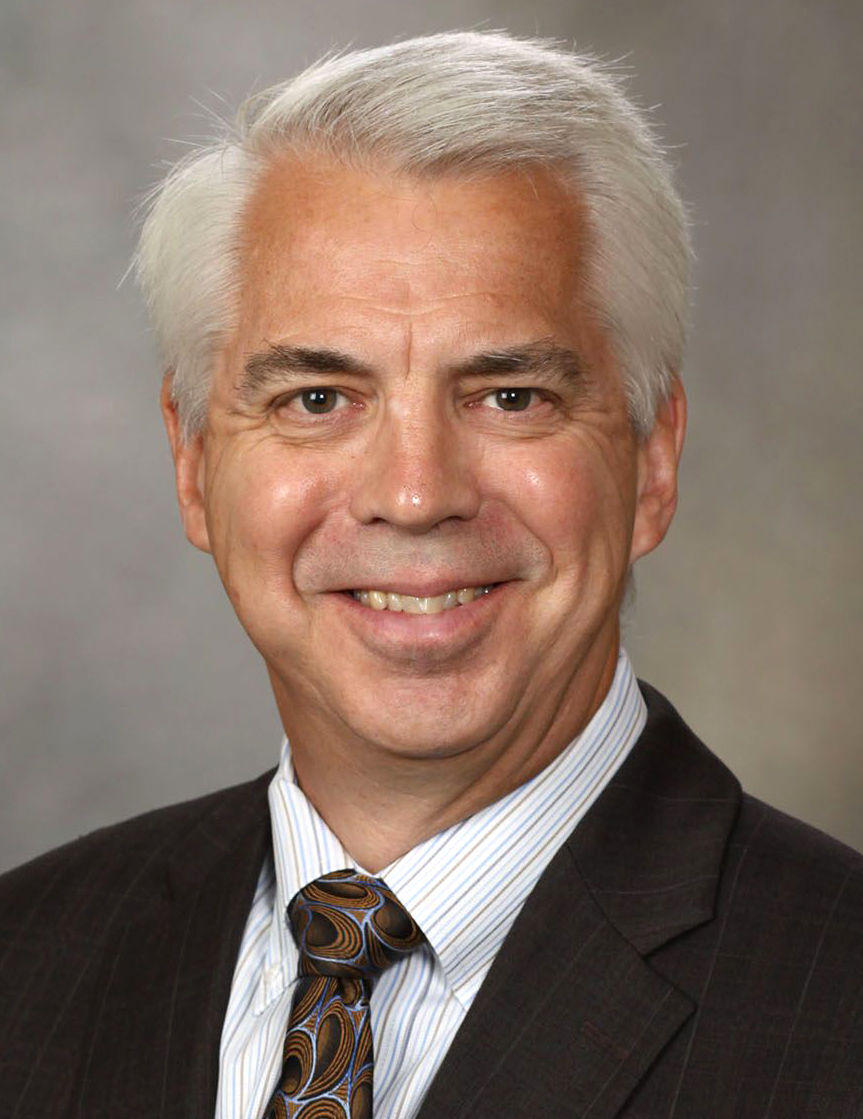 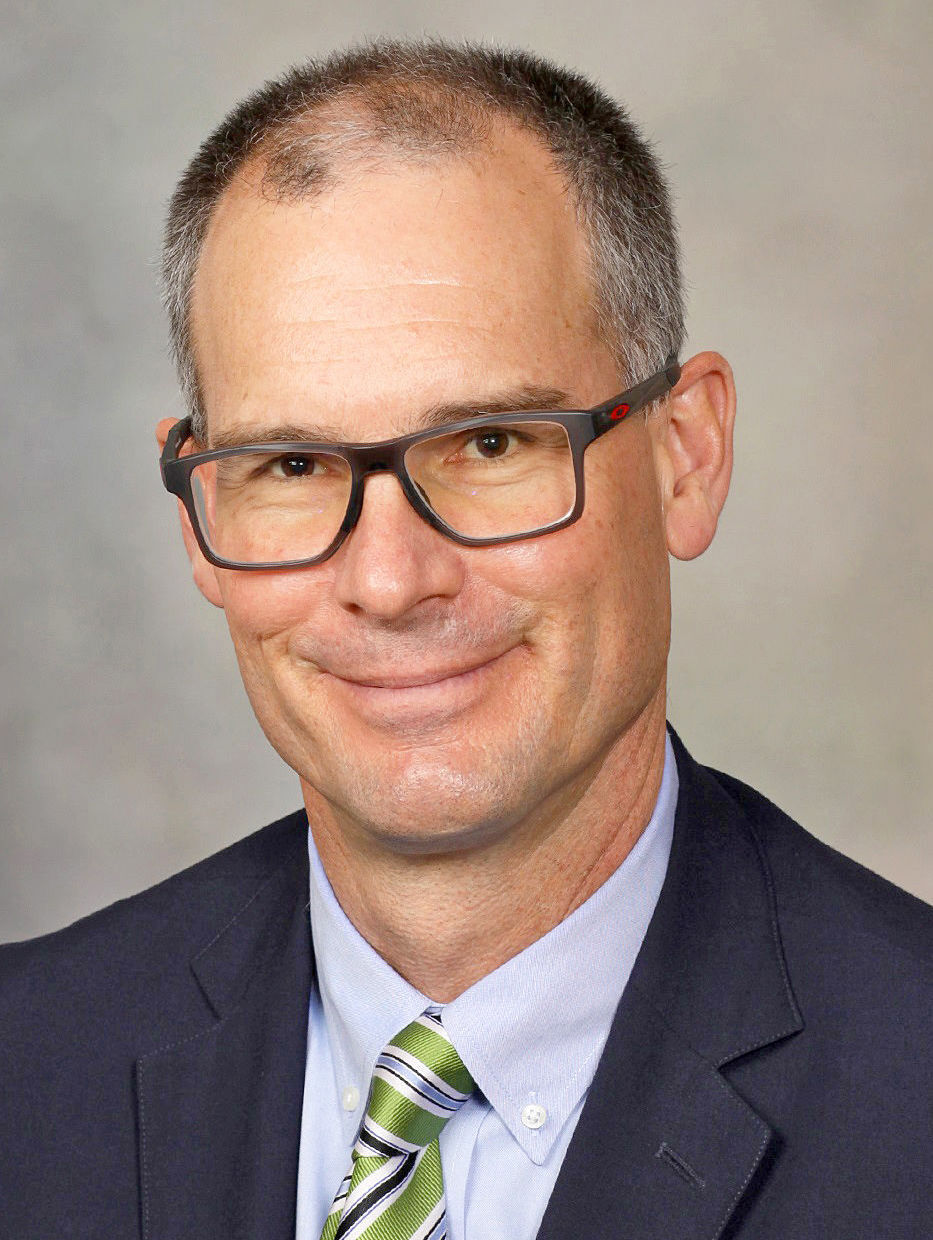 In the middle of the night, alone in the guest bedroom, Brad Kubat ran through his list of things to take care of before he dies.

“I was honestly scared for my life,” said Kubat, recalling the months of persistent COVID-19 symptoms. Things got so bad for Kubat, that the 52-year-old checked the status of his life insurance policy. “I really believed I was going to die.”

Kubat is likely of the first people in southern Minnesota to contract the coronavirus in early 2020, though he didn’t know it at the time. Because little information about the virus that ignited a worldwide pandemic was available, Kubat, who became extremely ill following New Year's Day 2020, he assumed he'd just shake it off.

Fourteen months later, Kubat said he finally feels he's on the road to true recovery, one of the many “long-hauler” patients the virus has left in its wake. While slightly more than 1% of COVID-19 patients in Minnesota have died due to complications related to the virus, the number of long-haulers — a term used for patients suffering long-term effects from COVID-19 — like Kubat is still unknown.

Doctors Brian Bunkers and Robert Albright with Mayo Clinic Health System said there is still much to learn about COVID-19, especially when it comes to long-haulers and what can be done to relieve their ongoing symptoms.

“We haven’t been able to identify what risk factors might contribute to this percentage of patients with more severe and more sustained symptoms,” said Bunkers, CEO and family physician at Mayo Clinic Health System in Owatonna. Bunkers said he's seen ongoing symptoms of fatigue, loss of taste and smell for up to six months or more and respiratory issues in patients who would be considered long-haulers.

Growing up a resilient Steele County “farm boy," Kubat said he's never been one to really get sick. While he may get one cold a year, it was never anything Kubat couldn’t push through.

“Never in a million years would I have guessed I had [COVID-19],” Kubat said, noting that the virus was so new at the time he got sick that it felt more like folklore than an actual threat. “Honestly it never even came to my mind, I just kept loading up with Vitamin C and getting plenty of rest like I always do, but I just couldn’t shake it — it just kept nagging.”

For months, Kubat would be sent into coughing fits so violent that he had to work to keep from throwing up. Worse than the cough, however, was the difficulty breathing. It got to the point where he was taking eight puffs of an emergency inhaler just so he could get out of bed in the morning.

“I won’t go to the doctor unless I’m just about on my death bed,” Kubat said. By March 2020, Kubat was certain that's where he was headed. But by the time he made a doctor's appointment it had been almost two months since the virus had been in his system, and he tested negative. Tests and screenings for other health problems turned up negative, too, and Kubat was sent home with two weeks worth of antibiotics.

He thought he was feeling better, too, until he went to the family farm outside Owatonna to get ready for planting season.

“I had relapsed and it was worse than ever before,” Kubat said. “I remember being at the farm on a Friday and calling the doctor, but the earliest they could see me was Tuesday. I told them I wasn’t going to make it until Tuesday ….”

At the Emergency Department Kubat again tested negative for COVID-19. He was put on steroid therapy with an inhaler and pills. And while the symptoms got somewhat better, Kubat said the breathing, fatigue and mental fog have yet to fully improve.

“I’m still wheezing,” Kubat said, adding that a career in radio doesn't mix with coughing and wheezing every couple of minutes. “About six weeks ago I went in to talk to Dr. Bunkers and he just knew. I had COVID and I’m what he calls a long-hauler.”

Bunkers said that despite patients like Kubat being healthy and fit in every way, COVID-19 has long-lasting effects a percentage of patients.

“It really goes to what was their underlying lung capacity and function before the illness,” Bunkers said. “A very fit individual who exercises regularly could typically expect a lot from their body on demand, but a 10% change can be extremely symptomatic for them.”

Albright, who cares for dialysis patients in Rice and Steele counties, said COVID-19 damage is not only substantial in and of itself, but it opens up patients to the risk of developing secondary infections.

“These infections draw from bacteria versus the virus and the destruction they leave in their wake can be quite substantial,” Albright said, noting that patients with asthma or those prone to blood clots have seemed especially susceptible to long and difficult journeys back to good health. “A lot of factors really come in to play with these patients and it is tough to heal up from this.”

While Mayo has long-hauler clinic in Rochester, the doctors are both optimistic that this will spread to all Mayo clinics as the number of long-haulers is still unknown.

“We’re not sure what we’re going see: will there be 5% of COVID patients that are long-haulers? 0.5%? 0.05%? Or — God forbid — 20%?” Albright said. “We just don’t know yet. We are very fortunate to be in an area where Destination Medical Center is right there, doing research and developing the best new therapies to be disseminated out to clinics fast – but we just don’t know.”

Bunkers said the uncertainty has amplified the fear in some patients, especially when it comes to difficulties breathing.

“When your oxygen is low it feels like you are suffocating and that creates a lot of anxiety — especially if you’re feeling like you’re continuing to worsen,” Bunkers said. “In my own practice, I have been telling my patients that they will not be going back to normal within a week or so — this is going to be a six to 12-month journey for them.”

For Kubat, just having an answer and being able to understand why he had been so sick has been enough for him to regain hope of recovery. While he isn’t about to climb Mt. Everest once his body completely heals up, Kubat said he’s looking forward.

“There were some of those days and nights that were so scary and all I could think about was how to take care of my family if I were gone,” Kubat said. “Now I’m not so scared, and I’ve been thinking of this 1971 Chevelle I’ve had in storage that I’ve been wanting to fix up and get on the road again. That’s my Everest.”

A year into the pandemic the pace of change has slowed significantly. But what COVID-19 has left in its wake is staggering — layoff and furloughs, business closures, mental health struggles and the deaths of nearly 6,800 Minnesotans, 540,000 across the U.S.

A trio of vaccines have gotten federal approval, raising hopes that we can someday soon return to something that resembles our old normal. To date, more than 1.4 million in the state and 124 million nationwide have received at least one dose of the vaccine.

Today through Thursday, we examine what COVID-19 has wrought in our region, how its affected local residents and what it may mean for our future.

YESTERDAY — A look at our communities one year into the COVID-19 pandemic and what the weeks, months and years ahead may bring.

TODAY — They're called longhaulers, those who've been infected with the COVID-19 virus and are continuing to suffer effects weeks and months after their diagnosis.

TOMORROW — How the pandemic has impacted local residents and what their hopes are for the future.

COVID-19 long-haulers have become more numerous as time goes on, so has the number of death related to the pandemic.

One of the first recorded COVID-19 related deaths in southern Minnesota occurred in Rice County, when Pastor Craig Breimhorst, of Faribault, died in a metro hospital from complications of the virus on April 16, 2020. Since then, there have been 96 COVID-related deaths in Rice County and 11 in Steele County, leaving a trail of broken hearts as family members continue to come to terms with the death of their loved ones.

In an impassioned plea to the community via a December 2020 letter to the editor, Linda Hoffman of Owatonna begged with the public to take the pandemic seriously after her mother died in early December from COVID-19 while residing in long-term care facility.

“A young, apparently healthy (yet COVID positive), COVID scofflaw ran around with their friends, sitting close together without masks, enjoying their apparent immunity and complaining about all of the closed businesses and restrictions cramping their usual fun activities,” Hoffman wrote in her letter, offering one possible chain of infection to her mother. “They went home and infected other family members, who also had no symptoms, one of whom had some kind of contact with materials or services that went into the facility where my mother and others were being protectively kept away from the virus out in the community. The virus took its opportunity where it could find it – one missed chance to wash hands; incompletely disinfected supplies used between residents; a caregiver cell phone set down on the counter of the apartment where maybe my mom touched it minutes later and then ate something with that hand or rubbed her eyes.”

Hoffman said this week that losing her 85-year-old mother was difficult for the entire family, but continually being met with those who view the coronavirus as only serious if you are old and in a nursing home compounds the pain she is already feeling.

“Just because you are 85 doesn’t mean you don’t deserve to live, you aren’t past your sell-by date,” Hoffman said. “It’s that attitude that takes my grief and converts it into raw anger.”

For Hoffman’s mother and many other COVID-19 patients like her, Hoffman said she wasn’t allowed to leave her apartment for months, even for meals. Because she knows firsthand how strict the facility was in keeping her mother in her own bubble, Hoffman said it’s proof that someone somewhere broke the chain that ultimately caused her mom’s death.

“You don’t realize the impact of your neglecting to follow basic, simple, easy to follow precautions,” Hoffman said. “You could be giving it to someone who isn’t in a good position to survive. This isn’t politics. It is public health.”