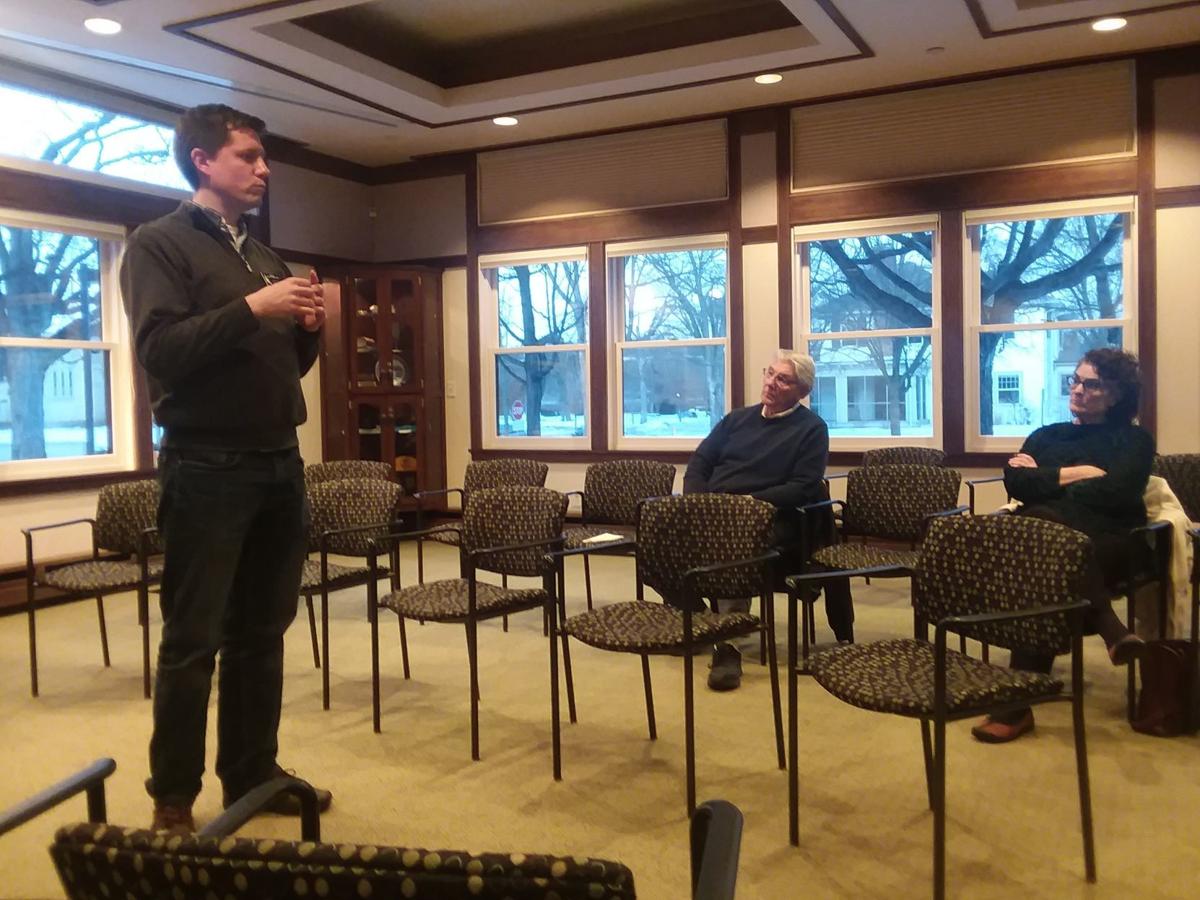 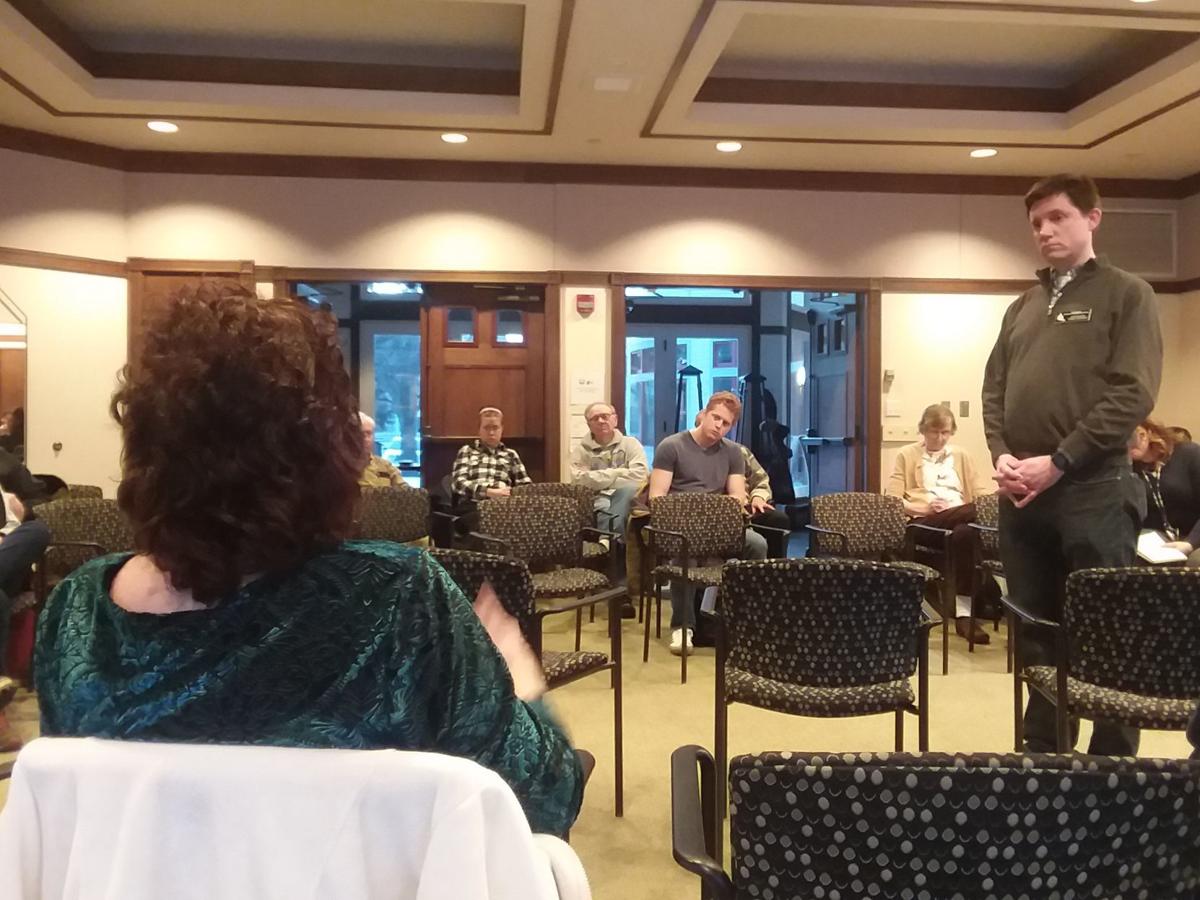 Rep. Todd Lippert, DFL-Northfield, prepared for what is sure to be a busy legislative session with a three-part town hall tour Saturday.

Lippert is carrying on the town hall tradition from his predecessor, fellow Northfield DFLer David Bly. He regularly holds events both in heavily liberal Northfield, and the rural, much more conservative western portion of the district.

His rural background is unusual within the House DFL caucus, which is largely dominated by legislators from the Twin Cities metro area. He said that he’s particularly concerned about the issues faced by rural areas and small communities.

However, the crowd at Lippert’s Northfield town hall was less concerned about bonding. Instead, town hall attendees were quick to raise the ever-polarizing issue of gun control.

Last year, the DFL-controlled Minnesota House passed a Universal Background Check bill, but it died in the Republican-controlled Senate. DFLers also pushed hard for a “red flag law,” which would allow state courts to temporarily restrict access to firearms to people who may pose a danger to themselves or others. Once again, Republicans refused to go along.

Lippert said that while the legislature will discuss the bills again, he’s not hopeful that it will achieve passage. As with a gas tax and marijuana legalization, gun control would have a much greater chance of passing if DFLers win full control of the legislature this fall.

Clifford Knuston of Lonsdale said he’d also like to see gun owners be required to pass a firearm safety course before they are legally allowed to carry. Lippert said that although he doesn’t sit on the relevant committees, he would look into it.

“We need to make sure that those who are handling firearms have the proper training,” he said.

Another hot topic that could return to the capitol is whether undocumented immigrants should be able to get a drivers license. The issue is a key priority for ISAIAH, an interfaith organization which lobbies for racial and economic justice throughout Minnesota.

As with gun control, the bill passed the DFL controlled House before floundering in the Senate. Nonetheless, ISAIAH’s Gina Washburn urged Lippert to push for the bill once again, touting its significant economic, public safety and quality of life benefits.

“We have people who are essentially living under house arrest under current law,” she said. “They’re not able go to the hospital, go shopping or take their children to an event all because they don’t have that driver’s license.”

Lippert, who actively participated in ISAIAH before his election to the legislature, said that being able to vote for the bill was one of his proudest moments as a legislator. He expressed disappointment in his Republican colleagues for blocking the bill, adding that political considerations were likely at play.

“As the election is unfolding immigration will be a flash point,” he said. “Some politicians will seek to use anti-immigrant sentiment for their advantage as well.”

Thanks to that investment, Faribault will get a new apartment complex on the old Evergreen Knoll Supper Club site, located at 405 Western Ave., while Northfield will see the expansion of Spring Creek Townhomes on Southbridge Drive.

However, several other local housing projects were left unfunded. Citing the significant need of affordable housing and the state’s significant bonding capacity, Walz asked for a record $273 million in affordable housing in his proposed bonding bill. With Republicans in charge of the State Senate and a three-fifths majority required to pass any bill, that number is likely to come down significantly. Still, Lippert expressed hope that the final bill will include significant investments in housing.

Another major infrastructure issue is rural broadband. Last month, Walz announced $23 million in investment in rural broadband expansion, including a $1.7 million project to bring broadband to hundreds of households in the western part of Lippert’s district. $20 million has been set aside for next year’s rural broadband investments, but Walz said that’s not enough. He’s asked the legislature for an additional $30 million, saying it’s necessary to meet the state’s aggressive goals.

Lippert touted several initiatives he pursued in his first year as a legislator. His farm to school bill, designed to bring locally grown foods to public school lunch menus, was a rare bipartisan success in a deeply divided legislature.

As vice chair of the Long Term Care Subcommittee, Lippert worked on the thorny issue of elder abuse. Last year, the legislature added a licensure system for assisted living facilities, becoming the last state in the nation to do so.

Lippert also pushed for extra funding for the office of the Ombudsman for Long Term Care Facilities. In recent years the office has been wildly understaffed, but Lippert worked with Sen. Karin Housley, R-St. Mary’s Point, to provide funding for 10 additional positions. Another provision of the bill, which took effect Jan. 1, allows families to put hidden camera in a patient’s room for up to two weeks if they suspect elder abuse is occurring, provided they file a consent form with the Ombudsman’s office.

The House DFL is also likely to make increased funding for increased early childhood education and childcare a top priority. While he doesn’t sit on those committees, Lippert said that both issues are extremely important for greater Minnesota.

In recent years, the state’s childcare shortage has risen to near-crisis levels. From 2014 to 2018, the number of childcare providers fell by 20%, while need rose, leaving 40,000 childcare slots unfilled across greater Minnesota.

Extra funding for early childhood education programs could also have significant positive impacts, Lippert said, decreasing achievement gaps along racial and economic lines. Funding for both could come from the state’s $1.2 billion surplus.

“We know that it makes a big difference in outcomes if we’re investing in 0-5,” he said. “It’s a good way to make sure that students are getting a good start as they’re moving into school.”