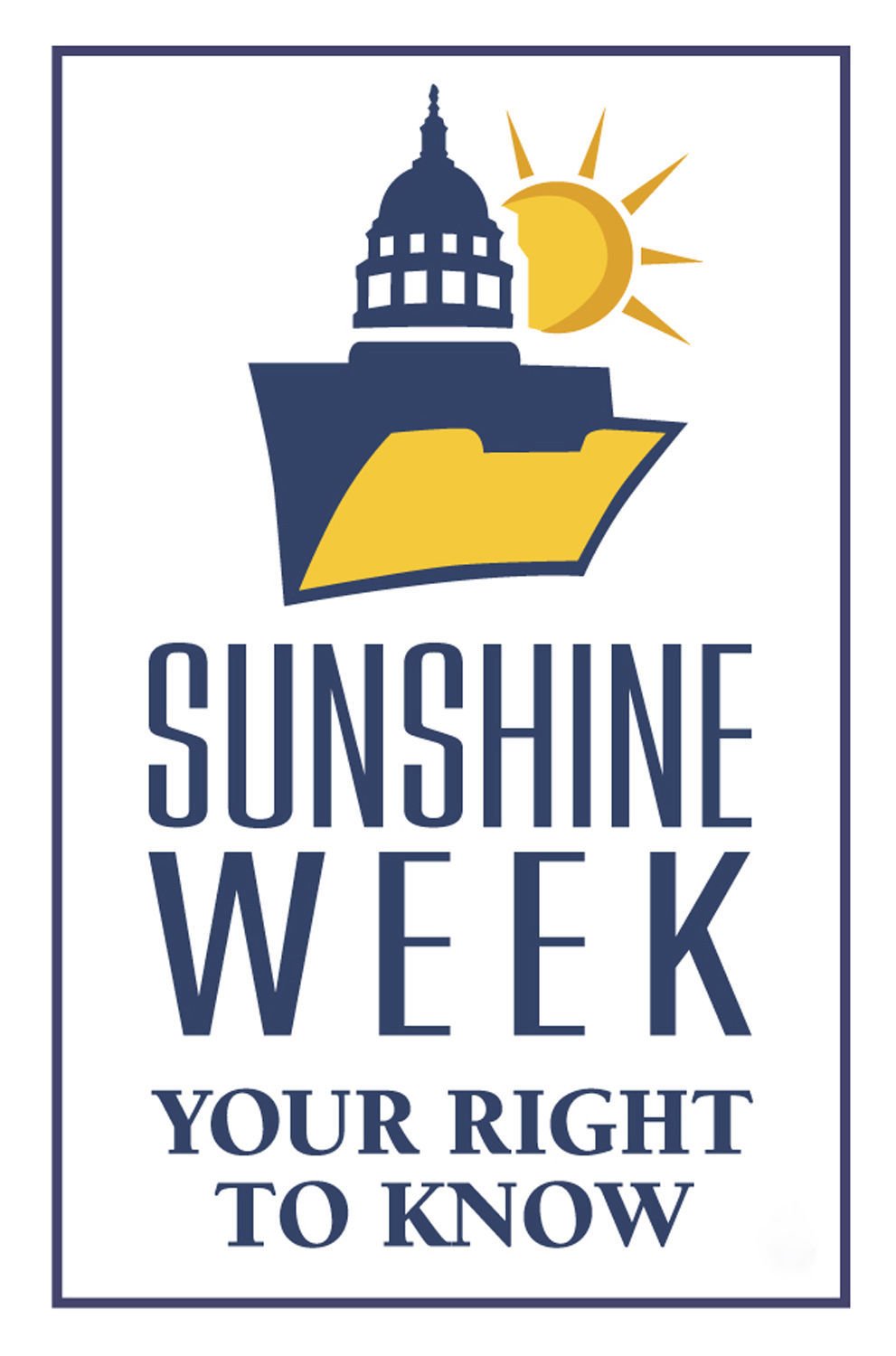 Strike up a conversation about press rights, and many individuals likely conjure a picture of editors and reporters demanding access to top-secret data from government officials.

No doubt, that occurs more often than most people would like to believe. The reality, however, is that your newspaper’s push for access to government meetings and public data at local, state and federal levels is simple. We want to deliver information that affects our readers’ everyday lives, and do so in a timely fashion.

Reminding citizens and public officials about the public’s right of access to government information is the focus of “Sunshine Week: It’s Your Right to Know,” March 11-17. At its foundation, Sunshine Week underscores preserving the free flow of information for an open, effective and accountable government.

• A teacher, charged with domestic assault, is apparently placed on paid leave. The superintendent refuses to confirm.

• A resident challenged the closing of a city council meeting based on attorney-client privilege. The board neither disclosed the item to be discussed nor cited any legal authority to close the meeting.

• A letter involving official school business was sent to a state agency. It was signed by a quorum of the school board but never discussed or decided upon at a public meeting.

Most citizens would expect government officials to routinely and openly share this information with their constituencies. It’s unfortunate, but there are numerous circumstances – these three are but a sampling – where they do not, even in the specific instances where state law says they must. That’s why newspapers around the state, along with the Minnesota Newspaper Association, are on the front lines year-round to ensuring our readers know what is going on in their communities.

To be fair, most officials are open and forthcoming. They recognize the importance and value of sharing all information – the good and the bad. But their natural instincts often come into conflict with the law when confronted with challenging, uncomfortable or divisive circumstances. In the three cases cited above, the school board wanted to “protect” a teacher’s privacy. The city council feared the disclosure of information would damage the council’s position in litigation. The school board believed it was doing the right thing and asserted there was no discussion of the letter’s content prior to sending it.

Some arguments for withholding information are well-meaning. Other arguments should raise eyebrows among even those who believe government should have the ability to keep certain items private to be most effective. No matter the circumstances, all three cases ran afoul of the law and shortchanged the public of vital information.

News organizations are usually the first to object when access to proceedings and information is denied or made more difficult. But citizens need to understand that state laws governing access to open meetings and government records preserve the rights of all Minnesotans. We have the opportunity to challenge government proceedings and actions by seeking an advisory opinion through the Data Practices Office within the Minnesota Department of Administration.

State advisory opinions issued in open records and data practices cases unfortunately show that efforts to keep people in the dark still occur. The practice of blocking information is truly a contradiction. Public officials routinely encourage participation in their decision-making, yet they prohibit their constituents from having ringside seats when it comes to shedding light on sensitive and challenging news and decisions.

Readers should rest assured that your newspaper will continue to stand firmly on the foundation that our communities — our readers — are best served by a full menu of public information rather than a selective serving.