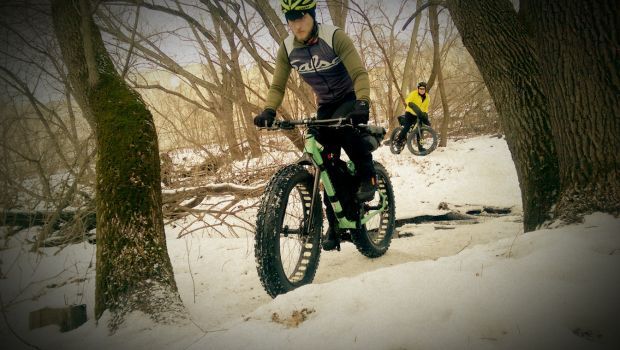 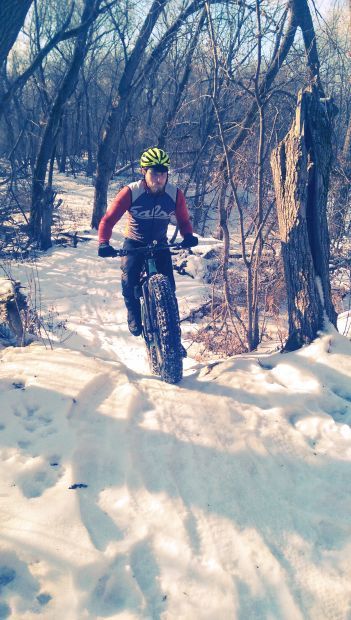 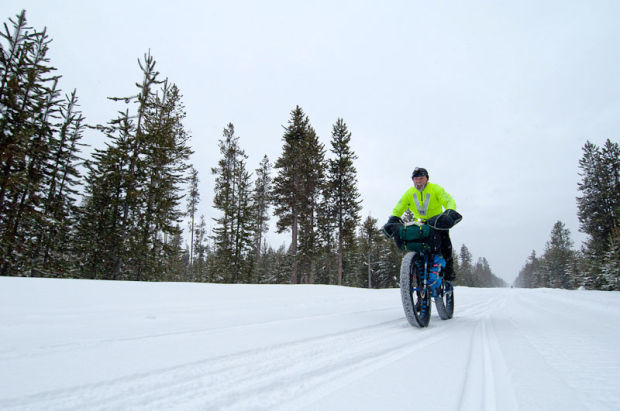 Christopher Tassava races on a groomed trail on his fat bike. Tassava rides locally in Northfield and will be at the River Bend event on Feb. 14. (File photo) 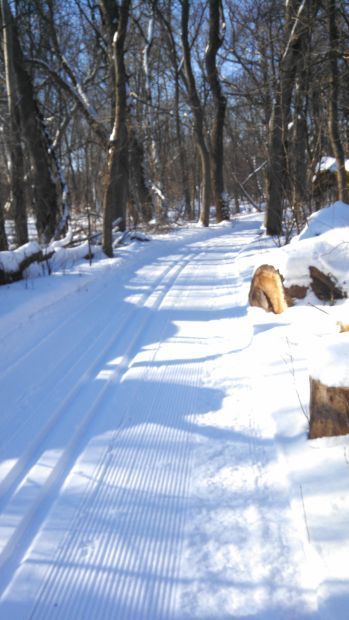 River Bend’s trails will serve as inspiration during this meditative even focused on writing about the natural world around you. (Submitted photo) 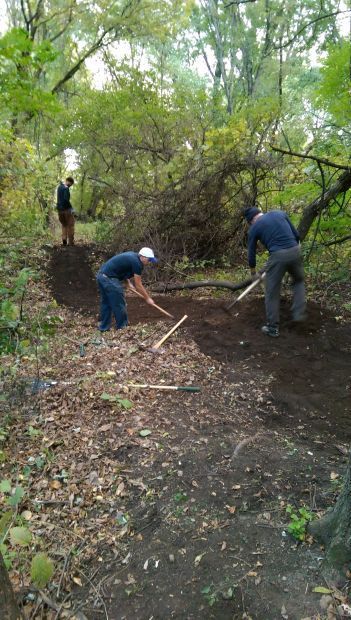 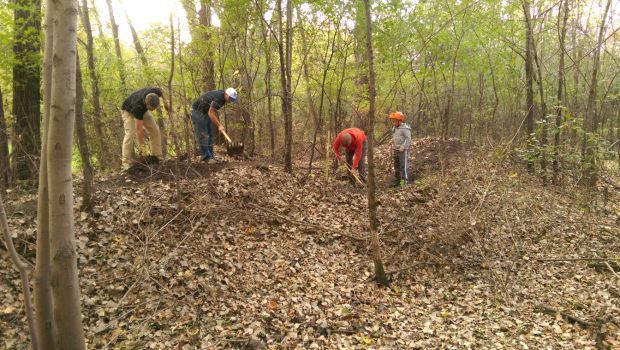 Workers working in the fall to clear the trail. (Photo courtesy of Marty Larson)

Christopher Tassava races on a groomed trail on his fat bike. Tassava rides locally in Northfield and will be at the River Bend event on Feb. 14. (File photo)

River Bend’s trails will serve as inspiration during this meditative even focused on writing about the natural world around you. (Submitted photo)

Workers working in the fall to clear the trail. (Photo courtesy of Marty Larson)

It may be a new trend, but fat bikes and places to ride them are beginning to gain traction in Rice County.

With a new trail in Northfield’s Sechler Park and trails at Faribault’s River Bend Nature Center, a common sight is starting to emerge: year-round biking.

And some of these year-round-style bikes are fat bikes, which feature four-inch-wide tires that virtually float on top of the terrain. Although they are expensive, they’re a great beginner bike, according to bike enthusiasts, and can take you places that normal bikes likely wouldn’t be able to go.

Kaytlan Moeller, the education coordinator at River Bend Nature Center, said this winter has been ideal for fat bikes and suspects the weather has assisted in the rapid influx.

“It’s a great year (for fat bikes) because we don’t have much snow pack, but for the skiers, not so much,” she said.

She has heard of dual-sport enthusiasts who have a passion for the outdoors, and when the weather is skiing-friendly, they’ve opted for fat bikes.

At River Bend, there are a total of 10 miles of trail, with seven traditionally designated for skiing. But that hasn’t stopped folks from taking an adventure through the remaining three miles, Moeller added.

On Feb. 14, fat bikers will be able to ride on all 10 miles, as all of the trails will be freshly rolled and packed for bikers to enjoy without being conscientious of the groomed ski trail.

“Normally you can fat tire here, but skiers are first (priority),” she said.

So as the sport continues to gain attention, enthusiasts encourage the public to get involved. They can do so by riding the trails from 1-5 p.m. on Feb. 14 at the River Bend event.

Marty Larson, who runs Tandem Bagels in Northfield, is no stranger to the bike industry. In fact, for 25 years he has been around bikes, whether it’s in the shops or working on the distributor side of the business.

Larson said the options for riding have been minimal the last decade, despite the number of shops in the area.

For Larson, what started as an idea soon became a reality in Sechler Park, with support from volunteers and the city of Northfield.

It was roughly a year ago when a group of bike enthusiasts met for the first time. That’s when the Cannon River Offroad Cycling and Trails (CROCT) was born. It was focused on more than just biking and was determined to construct a new trail.

“We decided there was enough desire to get something going,” Larson said.

The first step was going before the Northfield Park and Recreation Advisory Board, but with the economy still lagging, Larson acknowledged the budget constraints and that cities would be stretched. That didn’t stop him or his supporters, though.

“We (walked) in there as a passionate group of volunteers (who were willing) to put $150 to $200 worth of labor, for free, into this trail,” he said. “And it’s providing a very positive benefit.”

Brian Erickson, Northfield assistant public works and assistant city engineer, said when he worked with Larson and Griff Wigley, he got the impression they had a pretty solid following.

And that they did, which led to the board taking a supportive stance of the group and the trail they proposed.

Erickson said after they went before the board and discussed their plans, the board went and looked at what they were proposing.

“Then that’s when the group got involved working through the trail,” he said.

Larson said a group of 20 to 30 people began plucking away in Sechler Park, which Larson describes as a river bottom trail.

“It’s a nice little trail that meanders through the woods and allows people to see the (Cannon) River from a lot of angles that people haven’t seen,” he said. “We (were) building a trail so we as mountain bikers have a trail to ride.”

Larson said the trail was designed with much more than bikers in mind.

“I want people to get out in the woods and explore,” he said. “No matter how you do it.”

And that’s been deemed successful, as shoe prints and snowshoe prints have become a common sight.

“It’s being used how we expected it to be,” Larson added.

Brad Phenow covers Rice County government, townships and arts & entertainment. Reach him in Faribault at 333-3135 and in Northfield at 645-1122.

What: A fat bike event that provides a chance to ride a fat bike on freshly rolled and packed trails.

Even more: The event also features tours every 90 minutes led by fat tire experts, with a number of booths showcasing products and organizations in the Interpretive Center.

Of note: Demo bikes will be provided for short lessons.