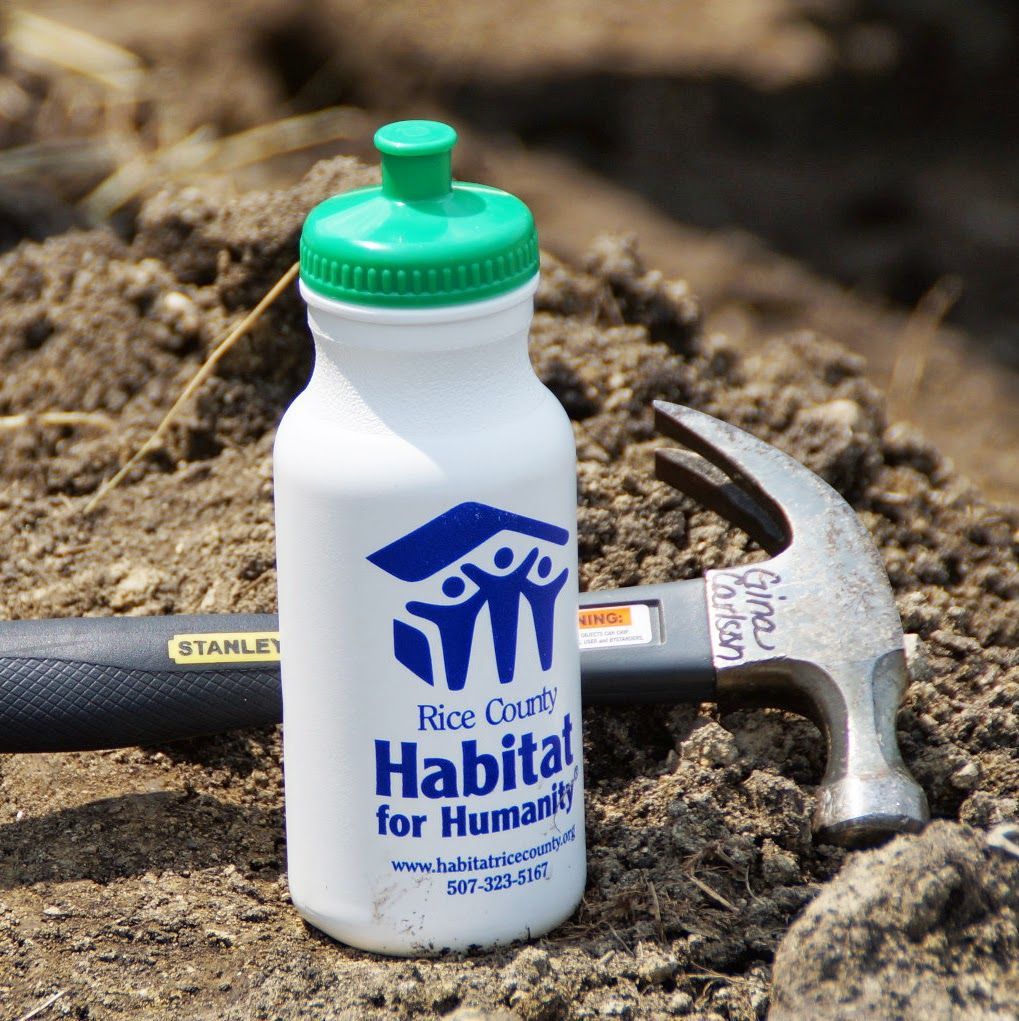 Rice County Habitat has been partnering with the IBEW since 2002. The 13-year partnership has resulted in nearly $200,000 worth of in-kind labor. (Photo courtesy of Habitat for Humanity) 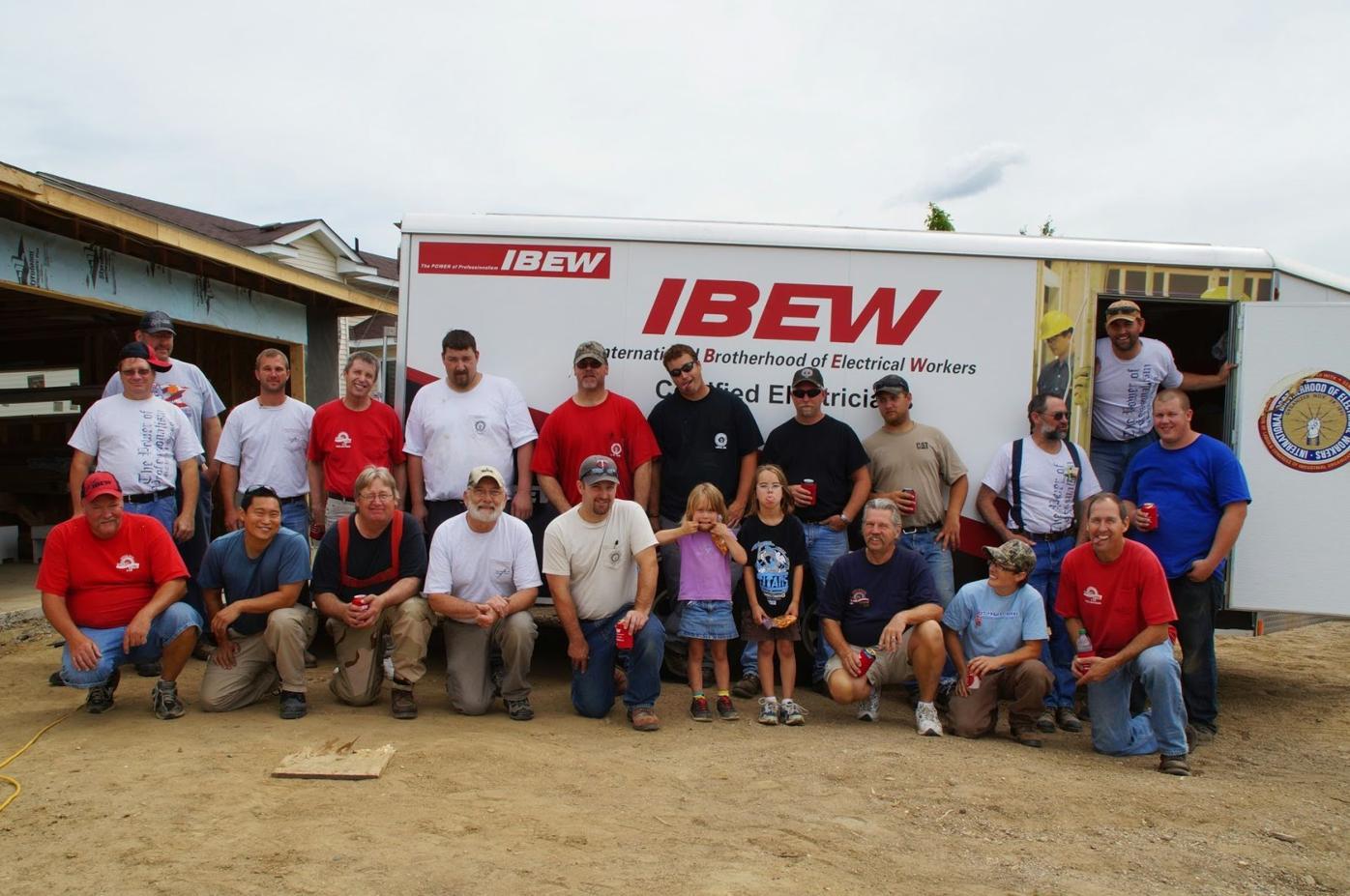 Rice County Habitat has been partnering with the IBEW since 2002. The 13-year partnership has resulted in nearly $200,000 worth of in-kind labor. (Photo courtesy of Habitat for Humanity)

If you stumble upon a Rice County Habitat for Humanity work site one weekend and it appears as though it’s a “busy anthill,” there’s a chance it’s an electrical workers union doing its part.

That union is the International Brotherhood of Electrical Workers (IBEW).

Rice County Habitat for Humanity has been partnering with the IBEW since 2002. The 13-year partnership has resulted in nearly $200,000 worth of in-kind labor.

“That’s two houses,” Rice County Habitat for Humanity Executive Director Dayna Norvold said of the figure if they had to pay for electricians. “We would have two less houses in Rice County if it wasn’t for their support.”

In Rice County, Habitat has partnered with 40 families to build a number of homes. The work has served to help 148 people. And in the midst of 2015, two more homes are in the works, one in Dundas and one in Faribault.

With the help of volunteers and area businesses, Habitat has continued to build houses for people in need. The IBEW is one of the long-standing organizations that has partnered with Habitat.

But for Jeff Anderson, who is in charge of membership development with IBEW, the partnership dates back even further. In 2000 Habitat partnered with Anderson’s then-employer Peoples Electric, a private electric company.

After taking a job with IBEW, Anderson wanted to bring the partnership with him.

“We enjoy it, we enjoy getting together,” Anderson said. “It goes for a great cause and allows us to give back to the community.”

The workers, up to 25 at times, come out to the work site twice, according to Habitat Construction Manager Zack Gath.

On its first visit, the group does all of the wiring. Later in the construction process, the group returns to install all of the switches and fixtures.

“We get started by 8 a.m., and it’s not uncommon to be done by 10:30 a.m.,” Anderson said. “We honestly probably have more guys than what is really needed, but it helps get it done.”

Gath figures that, with that many workers on site, pay would equate to roughly $2,000 an hour.

“To have that many guys come out and volunteer their time, it’s huge,” he said. “It’s a huge help.”

That help is greatly appreciated. Not only does it save money, but with that many bodies, it saves time, too. According to Gath, a regular contractor would need two to three days to get it done.

Receiving the donation of time isn’t something unfamiliar to Habitat, since it has roughly 30 to 40 in-kind donors, Norvold said. However, IBEW has been the longest consecutive donor. And according to Gath, who has only been with Habitat for six months, the only word that came to mind when he saw the workers arrive on the job site for the first time was “awesome.”

“It’s not very often you see that many skilled people come together on a weekend to donate,” he said.

“We’re just so thankful for IBEW and all of their personalities,” Norvold added. “They make it a fun day.”

Much like Habitat is a community organization, IBEW is focused on the community, too, as a whole and for its union members.

“They will do little raffles for the guys and bring steaks out,” Gath said. “They make it a community thing.”

But for Anderson and the rest of the workers, they’re just happy to help.

“We’re all lucky enough to have comfortable jobs, and we want to share the wealth,” he said. “We’re all in it together.”

And with their help, Habitat has continued to be able to provide homes for people in need.

“If we could get everyone to do what they do, Habitat would explode, and we could help so many more families,” Gath said. “They’re the spitting image of what we would love from every contractor.”

For more information about Habitat, including how to help, visit http://habitatricecounty.org/

Brad Phenow covers government and economic development in Northfield, and public safety in Faribault. Reach him in Faribault at 333-3135 and in Northfield at 645-1122 or follow him on Twitter @BradPhenow.

1. Need for housing – The family's current housing is inadequate in some way or the family is paying too much of their income for rent.

3. Willingness to partner – The family must be willing to contribute 350 hours of sweat equity (time building your home) or contributing to the organization in some way.

Locations -  Dundas, the Weaver family, and Faribault, the Morris family

If you wish to help with the 2015 builds, visit http://habitatricecounty.org/