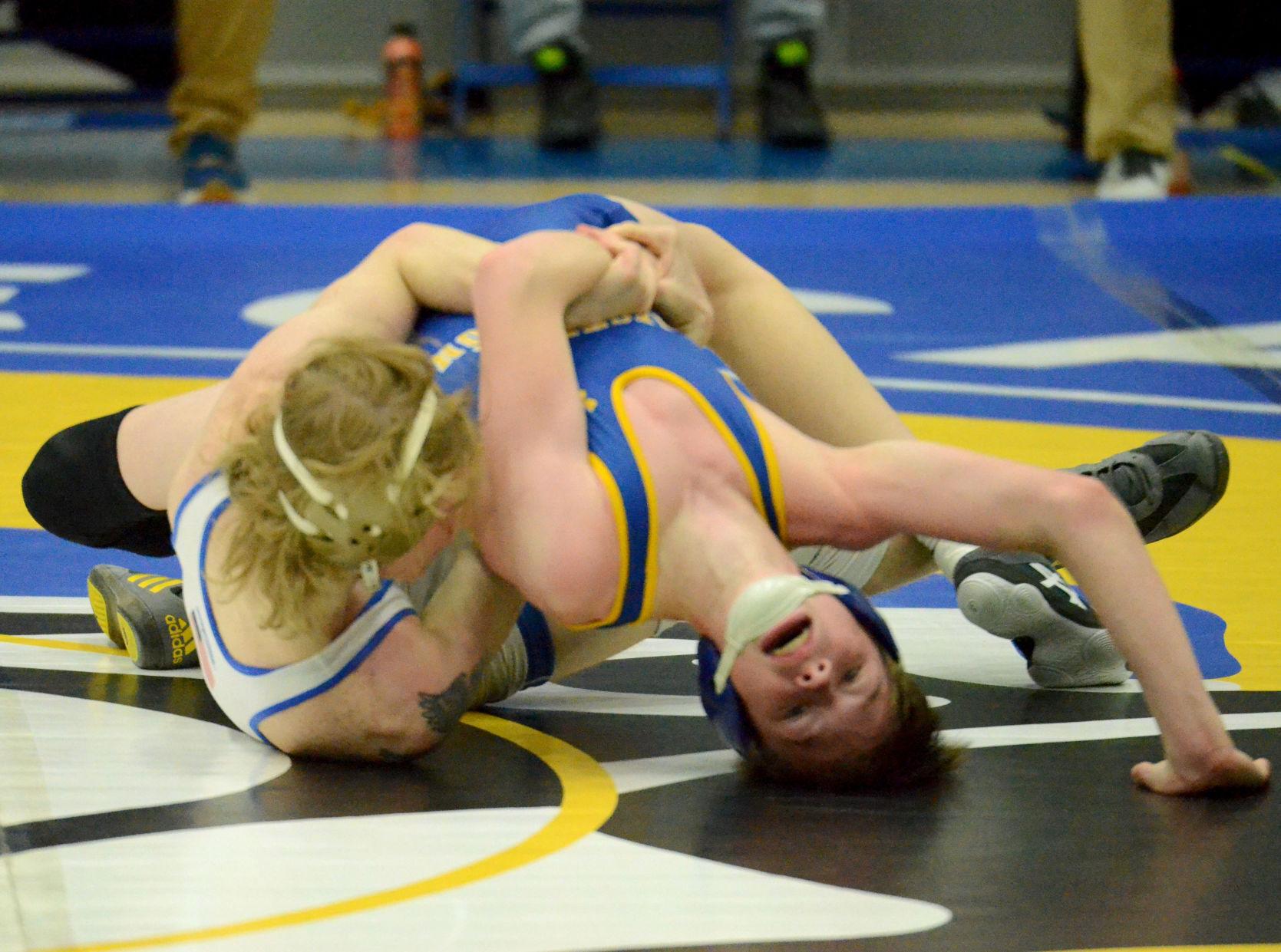 The 71st Sleigh and Cutter parade, Frosty reveal and fireworks are postponed until Feb. 27 because of cold weather. Pictured is a carriage filled with royalty at the 70th annual Sleigh and Cutter Parade in Waseca in 2020. (File photo/southernminn.com)

The 71st annual Sleigh and Cutter committee has chosen to postpone the parade and fireworks due to the cold weather expected this weekend.

With the festival in full swing, this is a quick change that the committee felt was a necessary, but difficult decision.

The parade and fireworks will now be take place on Saturday, Feb. 27. The parade will still start at noon at the Waseca County Fairgrounds and continue down State Street in Waseca.

Each year the parade highlights numerous breeds of horses with different units being pulled behind them. Other attractions include the Law Enforcement Memorial Association, pageant title holders, Cannon Old West Society and other units.

Following the parade on Feb. 27, the reveal of Frosty will take place at the Waseca County Fairgrounds at 1 p.m. along with the medallion winner, Brian Spencer, receiving the medallion prize.

The Kruger Memorial Race is returning this year and will take place on Feb. 27 as well, with more details coming.

The night will conclude with a large fireworks display with the theme of Better Days Ahead that will be launched over Clear Lake, northeast of the Boat House after sunset.

Other events planned in the coming weeks will continue forward as planned.

Charm on the Farm at Farmamerica kicked off this year’s celebration on Jan. 23 and a second Charm on the Farm event is slated for Feb. 20. The event is filled with winter activities like snowshoeing, horse wagon rides and snow painting.

Ice sculpting will continue as planned Feb. 10-12. The sculpture is created outside of the Public Safety building in Waseca and the sculpture this year is a dedication to all of the frontline workers who worked and continue to work through the COVID-19 pandemic.

A bean bag tournament will take place on Friday, Feb. 12 at The Mill Event Center in Waseca.

The Curling Bonspiel will continue as originally scheduled starting at 8 a.m., Saturday, Feb. 13 on the ice in front of the Boat House Grill and Bar.

The Flags for Vets-Ruck of Hope will start from the American Legion with a short program and pancakes before the walk starts on Sunday, Feb. 14.

Colin Whalen and Brian Spencer of Owatonna found the Waseca Sleigh and Cutter Medallion at the Waseca County Free Fairgrounds. They were able to follow the clues and find the medallion after five years of hunting. (Photo courtesy of Brian Spencer.)

After hunting for the Waseca Sleigh and Cutter Medallion for five years, Owatonna residents Brian Spencer and Colin Whalen have something to brag about.

The duo, who have a passion for searching for winter festival medallions, set out to find the medallion in Waseca late in the evening of Jan. 29, with only head lamps and an extra lamp for more light, while looking around the treelines at the Waseca fairground. After searching the first treeline and realizing the branches were too high compared to what the clues stated, Spencer and Whalen headed back toward the car.

While walking back, they stopped at one last treeline on the southeast corner of the fairgrounds to search more. Spencer found the medallion about seven feet off the ground in a plastic bag, zip tied to a tree branch in a cluster of pine cones.

“I was impressed with the disguise and how it was hidden like that, it was really clever,” Spencer said. “Hats off to the hider on that one. ... It was this rush of relief because we’ve talked about (medallion hunting) with our friends and coworkers and kind of talked a big game. It was kind of like vindication of finally, like we’re not all talk.”

Spencer had to work to cut the medallion free from its hiding spot, without having a knife and eventually was able to free it. He said that the first thing he is buying with his half of the medallion prize is a multitool to keep in his car that would be able to cut zip ties.

“You kind of look for things that aren’t natural, that’s why when it’s in the middle of branches, it’s kind deceiving,” Spencer said. “It wasn’t easy, but I think it was good clue writing this year.”

Spencer and Whalen found the medallion with only two hours of actual hunting for it at the fairgrounds and about five hours of research, with a bit of luck added to the mix. Whalen said the amount of time spent looking for it was shockingly low compared to previous years.

“This year the right things stuck out to me and we managed to put things together and I’m sure luck had a certain amount to do with it too, but it worked out luckily,” Spencer said.

Along with researching the parks, history of the town and the overall clues, Spencer created a map of all the previous locations the medallion has been hidden. He didn’t have a picture of the actual medallion until a couple of years ago and so they didn’t really know what they were looking for until more recently.

Once he was able to find a picture of it, he printed off copies of it. Both Spencer and Whalen have the picture on their desks at work as motivation.

“Over the years we’ve had a number of close calls (of finding the medallion),” Spencer said. “If you’re an inch away, you’re a mile away, because it can be right under your nose and you can’t find it.”

He talked to Whalen at work about it and they started hunting together five years ago.

“We got the bug after that first year,” Whalen said.

The medallion prize is $1,750 in Waseca Chamber dollars that can be spent locally at businesses.

Whalen said he will spend his half at local shops and Spencer said they’d support local more during COVID-19, including buying take out from restaurants.

“Our family has just really made a personal decision during COVID-19 to shop local,” Whalen said. “It’s more important to us than before, just knowing that they need the extra help and they’re our neighbors and our friends.”

“We’ve got a title to defend at this point,” Spencer said.

“We just have too much fun,” Whalen said. “It’s a great reason to get outside in the winter and help with that cabin fever and it’s great exercise and it’s a lot of fun and camaraderie when we go out all the time.”

Legislation to rename a section of Highway 13 after a Marine from Waseca who was killed in Afghanistan in 2014 has passed its first hurdle at the Capitol.

Erickson was a Waseca native who joined the U.S. Marine Corps after graduating from Waseca High School in 2012. He deployed to Afghanistan and was killed on Feb. 28, 2014 in Helmand Province when his convoy came under attack by a suicide bomber.

“My brother, Cpl. Caleb Erickson, loved his community and country,” his sister Rue Sticha told the Waseca County News. “That’s why this is such an honor to have a highway named after him. As his sister, it is an honor and a great way to remember him. I frequently drive on that stretch of the highway. I will remember my brother with fondness and tell Caleb’s niece and nephew the sacrifice he made.”

Several of Erickson’s family and fellow Marines testified in favor of the change during the Senate committee’s hearing on Thursday.

His mother Karla Erickson told the senators that he was “an amazing son.”

“He was an easy, go lucky kind of kid, big heart, big smile, he would do anything for anybody if you would ask his friends or his brothers that he served with,” she said.

He decided to become a Marine when he was 16 and worked hard at physical training to get ready. He graduated from high school in June 2012 and left for boot camp on July 16.

“He left for his first and only deployment in September of 2013 and was hit by a suicide bomber. There was five in the vehicle and luckily Caleb was the only casualty. I know I will never forget him and by (renaming Highway 13), after I’m gone, I know others won’t forget him either,” she said.

Cpl. Martin McNamara, who was the driver of the vehicle Caleb Erickson was in when the suicide bomber hit, said he thought it was “great” to name Highway 13 after Erickson.

“We’re nothing if not our legacy and having a highway named after you is a pretty good way to ensure your legacy and ... people from here on out will always know his name. That’s an extreme comfort and a great honor,” McNamara said.

Erickson was the “life of any room he entered” and was known for “his infectious smile, his positive attitude and his zeal for life,” Jasinski said in a statement.

“He dreamed of serving his country and leaped at the chance to join the Marines at the first opportunity. Our heart breaks for his family and friends, but we are eternally grateful for his call to service, his selflessness, and his love of country. This honor is just a small tribute to a true hero.”

Erickson’s memory has lived on in the Waseca community in numerous other ways as well.

His friends and family started an annual Caleb Erickson Memorial event that includes a motorcycle ride. The memorial event brings people out to remember him and raise money for local organizations. A raffle has been held at the past events, along with bingo.

A one act play held fundraisers and a dedication through a performance. The Waseca High School One Act group received the 2019 Section 5 National High School “Heart of the Arts Award” given by the National Federation of State High School Associations for the performance of “Booby Trap” that was dedicated in Erickson’s memory.

“Booby Trap” is a story of an American soldier who sits trapped in a far-off combat zone trapped in place by a landmine. “Booby Trap” has been performed by school groups all across the country, but Waseca was able to give a personal touch to its performance.

A $1,000 memorial scholarship was started for students to apply for each year. The Daughters of the American Revolution have also planted a tree in his honor.

From his sacrifice to the country, Erickson’s family received the Medal of Valor from Faribault Elks Lodge in 2015. The medal is given posthumously to soldiers who gave their life serving their country.

At the 2019 Waseca County Free Fair, a traveling exhibit called “Remembering Our Fallen” was set up for people to walk through. The exhibit included photos of all those who served in the military and lost their lives from Sept. 11, 2001 to the present. Erickson was featured in the exhibit with other servicemembers who were killed in action. 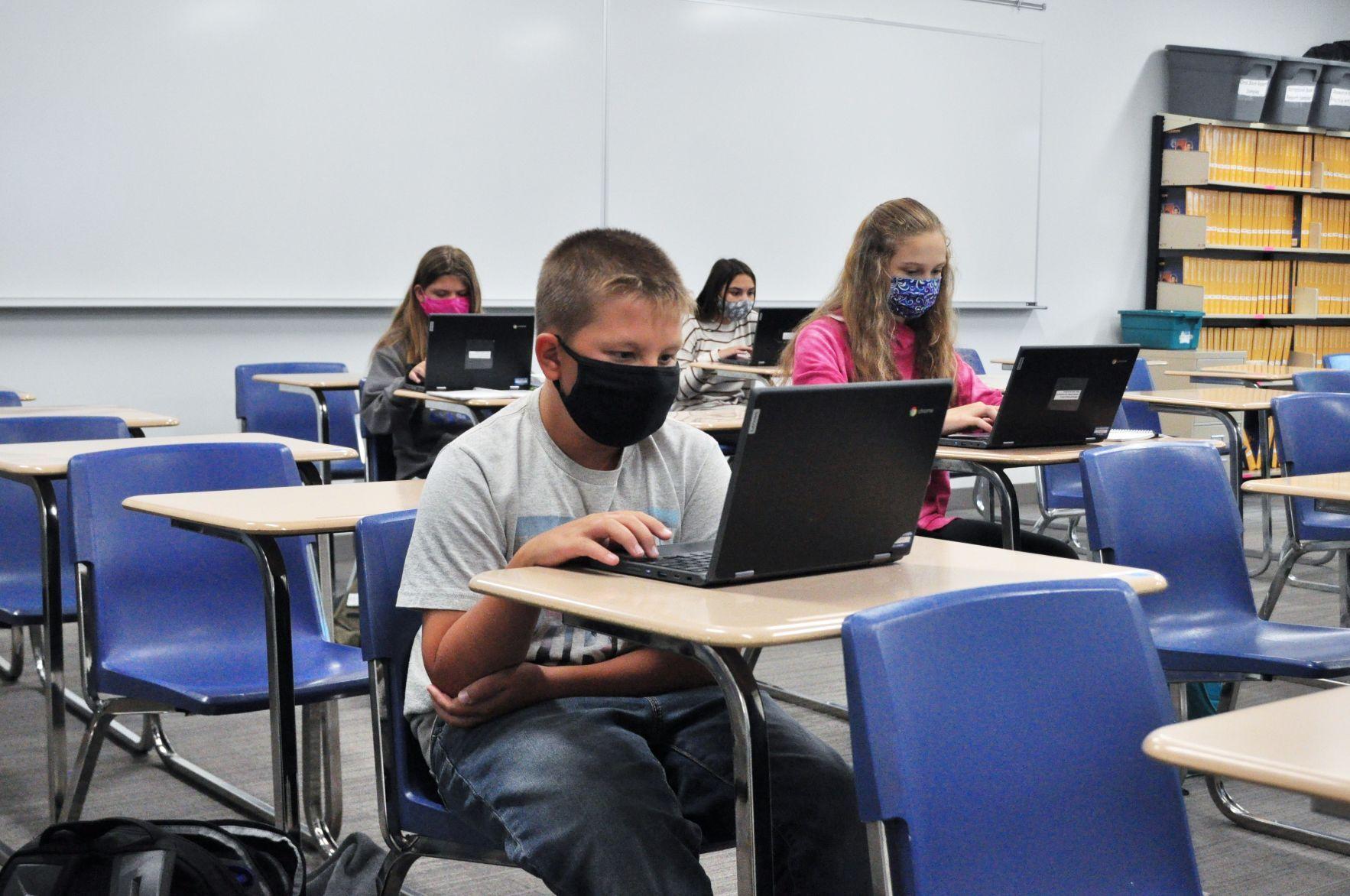 Waseca Public Schools is working to bring back the seventh through 12th grade students to in-person learning four days a week. (File photo/Southernminn.com)