The Waseca County Board of Commissioners agreed to spend up to $500,000 to hire an architect that will prepare construction document and oversee planned renovations to the courthouse interior. (File photo/southernminn.com)

Waseca County will spend up to half a million dollars to remodel the courthouse, creating a larger work space for the administrator and elections staff, and a bigger meeting room on the lower level.

The board struggled to agreed with how to proceed during its July 20 meeting, concerned about modifying the courthouse, built in the 1890s and listed on the National Register of Historic Places and costs to complete the work.

The work, according to county documents, will move interior walls, an old vault and fireplaces to improve operations for the county administrator, Human Resources, and the Auditor/Treasurer and Recorder departments.

But it wasn't just money the board discussed. County Administrator Michael Johnson reassured commissioners that the courthouse's listing on the National Register won't be impacted by any work done.

"There nothing at all from a legal standpoint that would prevent you from demolishing the courthouse tomorrow," he said, while noting that it would likely be a poor move politically.

The board first considered approving Olson + Hobbie Architects with a budget not to exceed $750,000, but that motion died for lack of a second. It did approve Olson + Hobbie to design the renovated spaces and serve as construction administrator, but then considered a not to exceed $750,000 budget as a separate item. That, too, died for lack of a second.

"There's a fine line between being very responsible with your money and getting a sub par product," she said, worried that being too focused on the bottom line might not be worthwhile in the long-term.

Harguth agreed with Malterer, but felt it was important to go with a lower price tag, knowing that the architects could come before the board to ask for additional funding if they felt it was worthwhile. That would allow the board to decide whether there is value in the additional expenditure.

"I think the number you gave us is probably spot on, but I think this is our responsibility as a board," he said.

The Waseca school district plans to maintain its COVID plan drafted earlier this year for the fall, despite rapidly rising case numbers in the country. (File photo/southernminn.com)

The Waseca school district isn’t waiting on any new information to cement its COVID-19 plan for the fall, Superintendent Eric Hudspith reported to the School Board Thursday.

“Some of the American Pediatrics Association and CDC (Centers for Disease Control and Prevention) conversations that have happened in the media — that’s a national conversation,” Hudspith said.

The number of new coronavirus cases in Waseca, he said, does not require the level of restriction being proposed by other jurisdictions around the country. That includes universal mask wearing, social distancing and more.

Hudspith said that he felt it was necessary to remind families that its COVID-19 plan is not responding to any new information at the moment, since he had been asked by numerous members of the community in the preceding days when the district will decide on its COVID-19 plan.

“If something changes locally, if we have a significant outbreak in our community, we’ll have to make an appropriate decision, obviously,” he said.

In recent days, COVID-19 case counts in the United States have more than quadrupled from where they were only a month ago, with cases rising in nearly 90% of U.S. jurisdictions while the highly contagious Delta variant becomes the dominant strain in the country. This has been accompanied by an unexpectedly high incidence of “breakthrough” infections — fully vaccinated individuals testing positive for and developing symptoms of COVID-19 — though hospitalizations and deaths are still almost exclusively occurring among unvaccinated individuals.

Since the Minnesota Department of Education is not requiring it, Hudspith said, the Waseca school district is moving forward with its COVID-19 plan as it was developed earlier this year.

That plan, which is available on the district’s website, includes recommending (though not requiring nor enforcing) masks for unvaccinated individuals, contact tracing for outbreaks, enhanced indoor ventilation and requiring communication from families about positive COVID-19 cases. School buses will also require universal masking, as mandated by the CDC.

Beyond that, school will resume full-time this fall with a regular calendar and activities.

Hudspith concluded his remarks by sharing his three goals for the school year, which include measuring and improving student achievement, increasing community engagement, and making sure that actions taken by members of the School Board to achieve goals are more explicitly linked to measurable outcomes and less “la carte” going forward.

Elizabeth Beery, director of business services at Waseca Public Schools, reminded families that applications for free and reduced-price meals are available, based on federal waivers currently in effect which allow free meals for families. The applications also allow eligible families to receive other benefits, including reduced athletic fees and access to Department of Health Services Pandemic-EBT SNAP benefits.

These applications also benefit the school district, since school funding is impacted by the district’s free and reduced count.

Beery also informed families that the school district’s third-party payment vendor through Infinite Campus has changed, so financial information needs to be re-entered if it was saved previously. Learn more at waseca.k12.mn.us/domain/356 and scroll down to access the portal.

The Waseca school district's fall COVID-19 plan is available on their website at bit.ly/3eXZznd.

For more information on COVID-19 case numbers, visit the Center for Disease Control and Prevention's website at bit.ly/373QLYs.

The age of the playground at Clear Lake Park can be seen in the deterioration of some of the equipment’s rubber coating, through which exposed metal can be seen. (Julian Hast/southernminn.com) 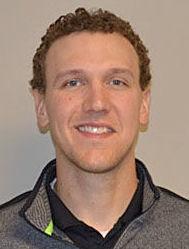 With a $196,000 grant from the state, the Waseca Parks Department is well on its way to making Clear Lake Park what Parks Superintendent Brad Dushaw calls a “destination park.”

The funding, from the Minnesota Department of Natural Resources, will pay for a complete playground replacement and installation of an accessible fishing pier.

“When we got the letter everybody was elated,” said Tom Hindt, Parks Board chair of the June 30 notice. “The playground equipment at the park needs to be replaced.”

The Parks Department has been looking to replace this playground for years, Dushaw said, given that the park is almost 30 years old, and playground equipment typically has a 25-30 year lifespan. At Clear Lake Park, the effect of the playground’s age can be seen in the deterioration of the equipment’s rubber coating, through which metal is exposed in several areas.

“Exposed metal can cut a kid’s shin,” Dushaw said, describing worn stairs or handles that children might fall into.

Dushaw explained that the city does regular playground inspections, which have raised concern and led to repairs. Repairs must be carried out immediately when safety concerns are discovered.

“We’ve had some slides that have broken over the years that we’ve had to replace as well, and you get to a point where you just continue to replace things and (the cost) adds up,” Dushaw added.

The DNR’s annual grants, Dushaw explained, are very competitive — Clear Lake Park’s selection for the funding was not assured from the outset.

“Every municipality in the state is applying for these,” he said. “It’s an opportunity to get projects like this completed that might be delayed if they’re not covered by grants.”

In addition to improving public safety in Waseca, the Parks Board emphasized its goals regarding inclusivity for both the new playground, which will be ADA-accessible — meaning it can be accessed and used by people with disabilities — and for the new fishing pier on Clear Lake, which will have an accessible shoreline fishing option.

Inclusivity is something the Park Board thinks a lot about with its programs and facilities, Dushaw said — making sure that people of all abilities are able to use and enjoy them.

Clear Lake Park has the amenities and the location — right on the lake — that give it the potential to be a top-end park in the region, he said.

“We look at Northeast (Park) and how much it’s used and how much newer it is than other playgrounds,” he said, explaining that the board put two and two together and realized that the community might take fuller advantage of Clear Lake Park if it were as new as Northeast Park.

While he doesn’t have a completion date set, Dushaw hopes to start installation in summer 2022 and have it ready for use by fall 2022.

The playground at Clear Lake Park has two sets of equipment, one of which was built in 1992, the other in 1999. Playground companies typically give playgrounds a 25-30–year lifespan, Waseca Parks Superintendent Brad Dushaw said, after which equipment starts to deteriorate.

With the $196,000 grant from the Minnesota DNR will allow the park department to replace the playground at Clear Lake Park before it reaches the end of that lifespan.