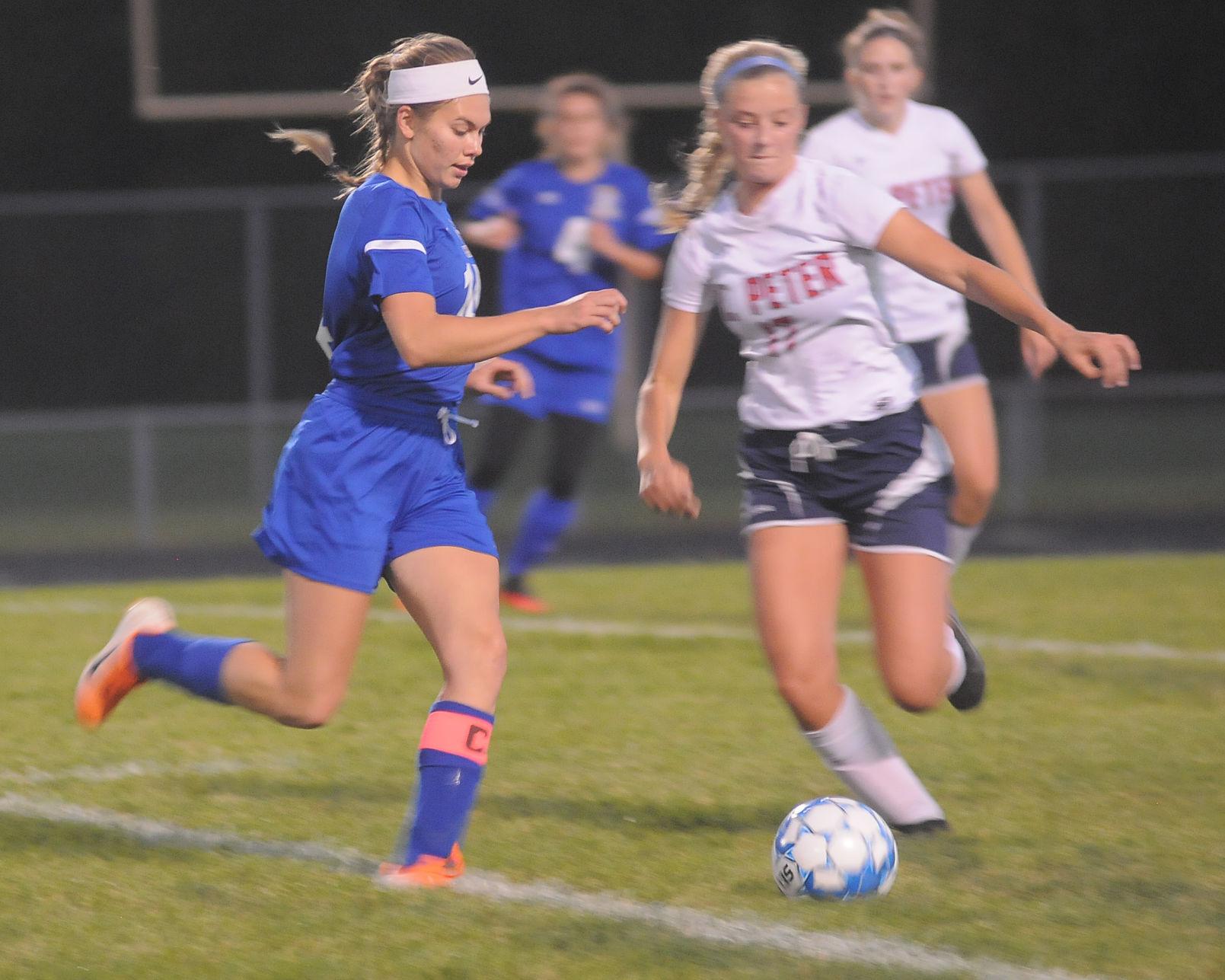 Waseca senior Gabriela Rodriguez gets ready for a shot Tuesday against St. Peter at Waseca High School. Rodriguez scored the lone goal for the Bluejays in a 1-1 tie. (Nick Gerhardt/southernminn.com)

Waseca Junior Senior High School students in Karen Pfarr Anderson’s class, along with all students in the building, wear masks while siting spaced out when the district first returned to school. The Waseca School Board decided to move back to hybrid learning beginning Monday at its Thursday meeting (Bailey Grubish/southernminn.com)

The Waseca School Board decided Thursday that students in grades seven through 12 are back in school this week.

The district holds distance learning for all students on Mondays so the first day they returned was Tuesday.

The decision comes in the midst of rising COVID-19 rates in the county, the majority of which stem from the Federal Correctional Institution in Waseca. The Minnesota Department of Health on Thursday released its latest two-week data reporting showing Waseca County with a rate of 85.07 — the highest in the state and more than double the next highest county. Waseca County’s rate for the previous two-week reporting period stood at 74.96 per 10,000.

When the board made the decision to move to distance learning for grades seven through 12 two weeks ago, the district had 64 students in quarantine. That number shrank to two students and five staff in the following weeks, Waseca Superintendent Eric Hudspith said. The elementary schools showed eight students and two staff members in quarantine since operating in a hybrid model since the start of school, Hudspith said.

Initially the board indicated it would evaluate the COVID-19 situation monthly prior to changing its learning model, but a spike in quarantined students at the start of school prompted the quick change, Hudspith said.

“It has worked,” Hudspith said of the learning model change. “It has done what it’s supposed to do.”

Eliminating COVID-19 cases at FCI-Waseca, the community case rate per 10,000 hovers around 42, according to Hudspith. That number is also from two weeks ago, he added, and the current number is likely closer to 22.

COVID-19 numbers in the county are expected to continue to climb in the next two-week reporting data from the MDH, especially after a two-day community testing event, but Hudspith didn’t feel waiting accomplished much.

“If we let (community testing) impact our numbers preemptively it would drive us out another week,” he said.

The move back to hybrid learning elicited unanimous support from the board but Board member Edita Mansfield raised concerns about moving back and forth between learning models.

“It seems like we’re going back every two weeks and I really have concerns,” she said. “This virus is going to get worse.”

Board members said they received a lot of feedback from the community about switching the learning model and Hudspith said activities did not play a big role in the recommendation he made.

“If it wasn’t safe to have kids in school we certainly wouldn’t be doing it for activities,” Hudspith said. “If it gets ramped up again, we’ll act again.”

Activities resumed Monday and schedules for the resumption of football and volleyball have been set. Minnesota State High School League guidelines stipulate districts in distance learning models cannot hold practices or competitions but those in hybrid learning models can.

Members of the Waseca cross-country team addressed the board to urge them to return to a hybrid model so sports can resume.

The board adopted a resolution at its August meeting that it doesn’t have to take formal action to vote on approving changes to the learning model, so no vote took place Thursday.

News
spotlight
Family Video closes in Waseca after serving the area for more than a decade
Bailey Grubish / By BAILEY GRUBISH bailey.grubish@apgsomn.com

The Family Video in Waseca is closed after almost 13 years of serving customers. The decision was made due to being closed for a period of time due to COVID-19. (Bailey Grubish/Southernminn.com)

Many in Waseca spent Friday and Saturday nights walking through aisles of movies, TV shows and games while grabbing popcorn and candy at the check out in a video store. Waseca can no longer do that after the recent closing of Family Video on Sunday, Sept. 27.

Family Video served the community for nearly 13 years and inevitably went out of business due to the effects of COVID-19 and competitors like streaming services.

The Waseca location was closed from March 24 and didn’t reopen until May 18 due to COVID-19. Waseca is one of many locations closed by the only remaining video store company in the U.S., according to the Family Video Facebook.

“It’s the nostalgia,” Waseca and Mankato Family Video Store Manager Amber Ferry said. “Coming into the store and picking it up and reading the back of it. And kids coming in with their parents to choose what they want to watch as well, is part of it that will be missed.”

Once the decision was made to close the Waseca location all of the movies, TV series, games, TVs, shelves, CBD and other products were put on sale. Some of the shelves were free for people to grab as well.

Over the last couple of weeks the store as the store closed, the shelves became more and more bare from people buying out the items. 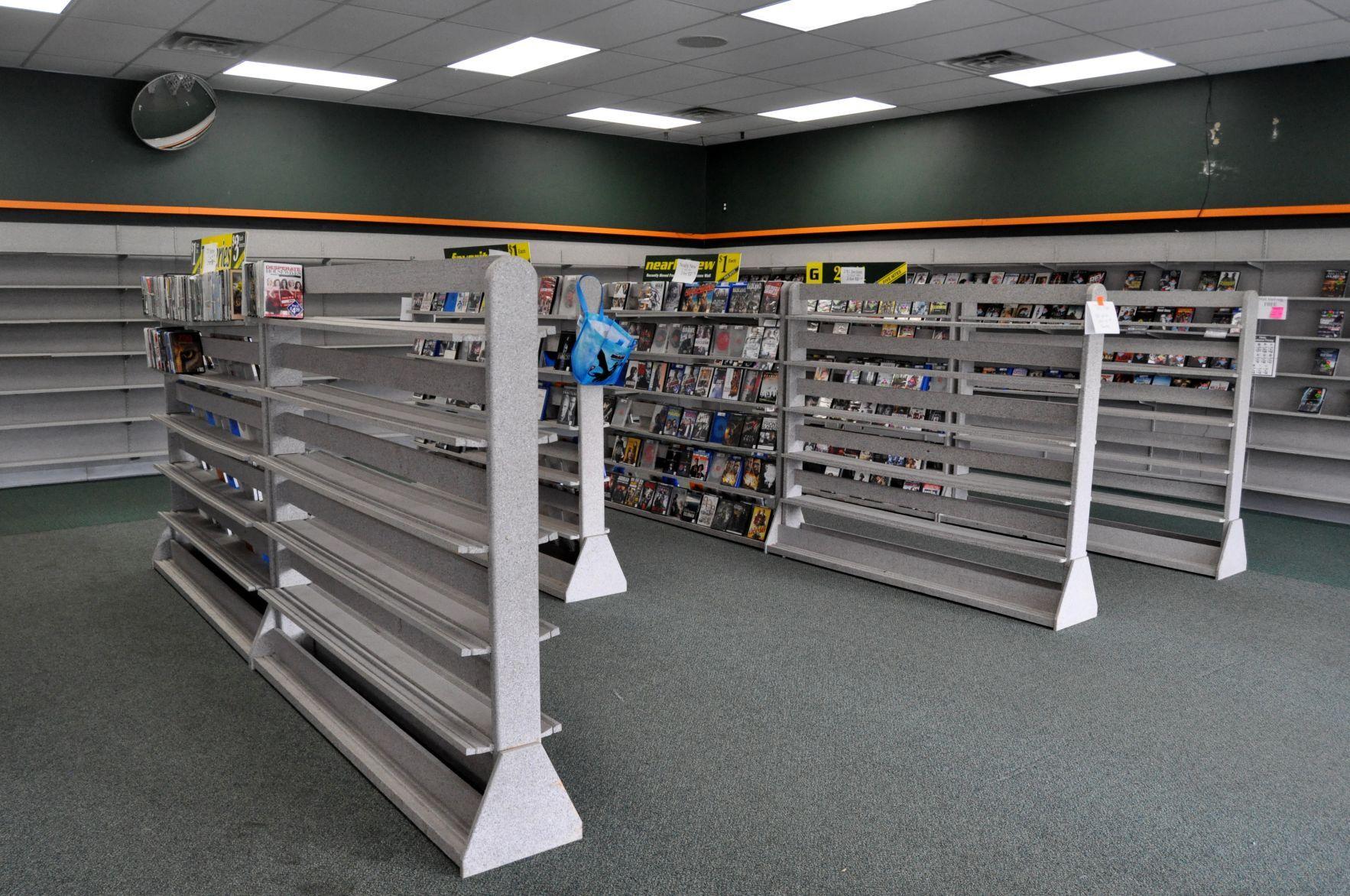 The shelves at Family Video are nearly empty after the final day of being open was Sunday, Sept. 27. Everything in the store was for sale with some of the shelving free for anyone who was interested. (Bailey Grubish/Southernminn.com)

“Basically when it comes down to it, it’s because of COVID-19 and because of Hollywood not working and theaters not being open,” Ferry said. “We really took a hit with all the new movies not coming out and only having the older ones or the ones that only went to DVD that people aren’t really interested in.”

Highland Ventures LTD., the parent company of Family Video, started a campaign online with the hashtag “save the video store.” The hashtag filled the company’s Facebook, Instagram and Twitter pages with people sharing pictures with videos or a Family Video shirt. Despite the effort some locations were still closed.

“Fortunately, the closing is not a reflection on the business climate of Waseca,” Waseca Area Chamber of Commerce Executive Director Ann Fitch said. “Family Video has closed numerous locations in the Midwest due to changing customer habits. Unfortunately for Family Video, rentals have become an unbelievably competitive market over the last seven years. Streaming and On Demand have dominated the in-home entertainment space. I applaud Family Video for trying to diversify by selling CBD products, so it wasn’t for a lack of effort.”

Ferry recalled being shocked when she got the call about the Waseca store closing.

“I think we’ve all felt it coming, because it’s slowed down with all the streaming, but I thought we were OK because I thought we would give it time and let stuff open back up and let Hollywood start working again,” Ferry said. “I knew some were closing in our area, but when I got the call that Waseca was closing, it was a shock and a bummer.”

She thinks some of the videos that didn’t sell will be donated to the local library or be sent to other Family Video locations.

The store not only provided entertainment for everyone, but it also provided pain relief through Cannabidiol, CBD, products for sale in the store. Family Video in Waseca started selling CBD over a year ago and for those who bought it from the Waseca location can still buy it online or from the Mankato or Faribault locations.

Family Video started selling CBD products after the president of the company tried CBD for his tennis elbow, according to Ferry. She said he used a CBD product and realized he wasn’t in pain throughout the day and decided he wanted to give people an opportunity to try the product, so the stores started selling it.

Ferry said the employees of Family Video read up on CBD, had training phone calls and classes to provide the best knowledge to customers.

The company has over 300 locations still in the U.S. but at each location a customer must create a free account.

The building is owned by Family Video and is available for rent.

“It’s sad because there are a couple of us that have been here for seven or eight years because we love this job so much,” Ferry said. “It’s a fun job but it’s sad to shut the doors and not be able to come back.” 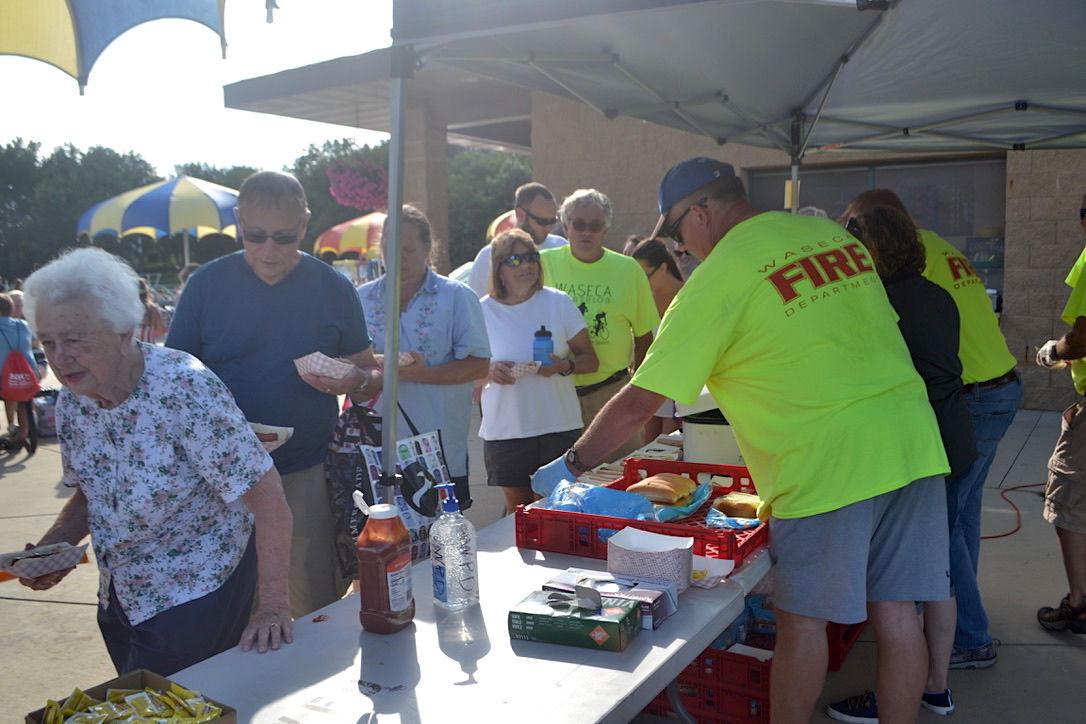 At the 2019 Night to Unite event the Waseca Fire Department served hot dogs to the community members. This year due to COVID-19 the event is canceled. (File photo)

JWP students in seventh-12th grade will return to fill the desks at JWP on Sept. 28 and Oct. 5 after distance learning for three weeks. The students will be in a hybrid learning model in their silver and blue groups. (File photo)

Janesville-Waldorf-Pemberton is transitioning students and staff in grades seventh and eighth back to hybrid learning on Sept. 28 and grades nine-12 back to a hybrid learning on Oct. 5 after starting the school year in distance learning.

The students and staff started the school year distance learning due to a rise in COVID-19 cases in the county at the time.

There is no school on Oct. 2 for pre-kindergarten through 12th-grade students at JWP to allow for staff to prepare for hybrid learning. The students in ninth through 12 grade, in silver or blue groups, are back in the hybrid model on Oct. 5 with the seventh- and eighth-grade students.

“After looking at our data and current health trends, we will be transitioning to the hybrid learning model for students in grades seven-12 on Sept. 28 and Oct. 5,” JWP Superintendent Kurt Stumpf said in a letter to parents. “The phased transition will allow students and staff the opportunity to understand and practice the new health routines. The phased transition also allows for smaller groups, in seventh and eighth grade as well as activities and athletics, to return to a structured environment.”

JWP has a learning model based on the number of COVID-19 cases per 10,000 people for 14 days that is used to make decisions.

For the reporting period from Aug. 23-Sept. 5 the case rate in Waseca County stood at 72.84 per 10,000 by the Minnesota Department of Health.

The rise is, in part, due to COVID-19 cases at the Federal Correctional Institution in Waseca and a reporting lag of those cases with the state’s report. After keeping students out for three weeks the decision is to bring them back with a hybrid learning model, even with the case rate number rising.

In the letter it listed the reasons behind moving students back into a hybrid learning model with the higher case rate numbers.

Minnesota Department of Education’s Safe Learning Plan states changes to learning models are centered on the impact of COVID-19 on the school level, while maintaining awareness of changes in the community. Stumpf said there is a small number of JWP students in quarantine at this time and there has not been a confirmed case of COVID-19 at JWP since the start of the school year.

Another reason listed in the letter for bringing students back to in-person learning is in the Safe Learning Plan it states “districts or schools should wait a minimum of two to three weeks before bringing any students back for in-person or hybrid learning” when transitioning out of distance learning.

“We continue to work with officials from Waseca County Public Health, Minnesota Department of Health and our district nurse to review data and determine the safest learning plan for students and staff,” Stumpf said.