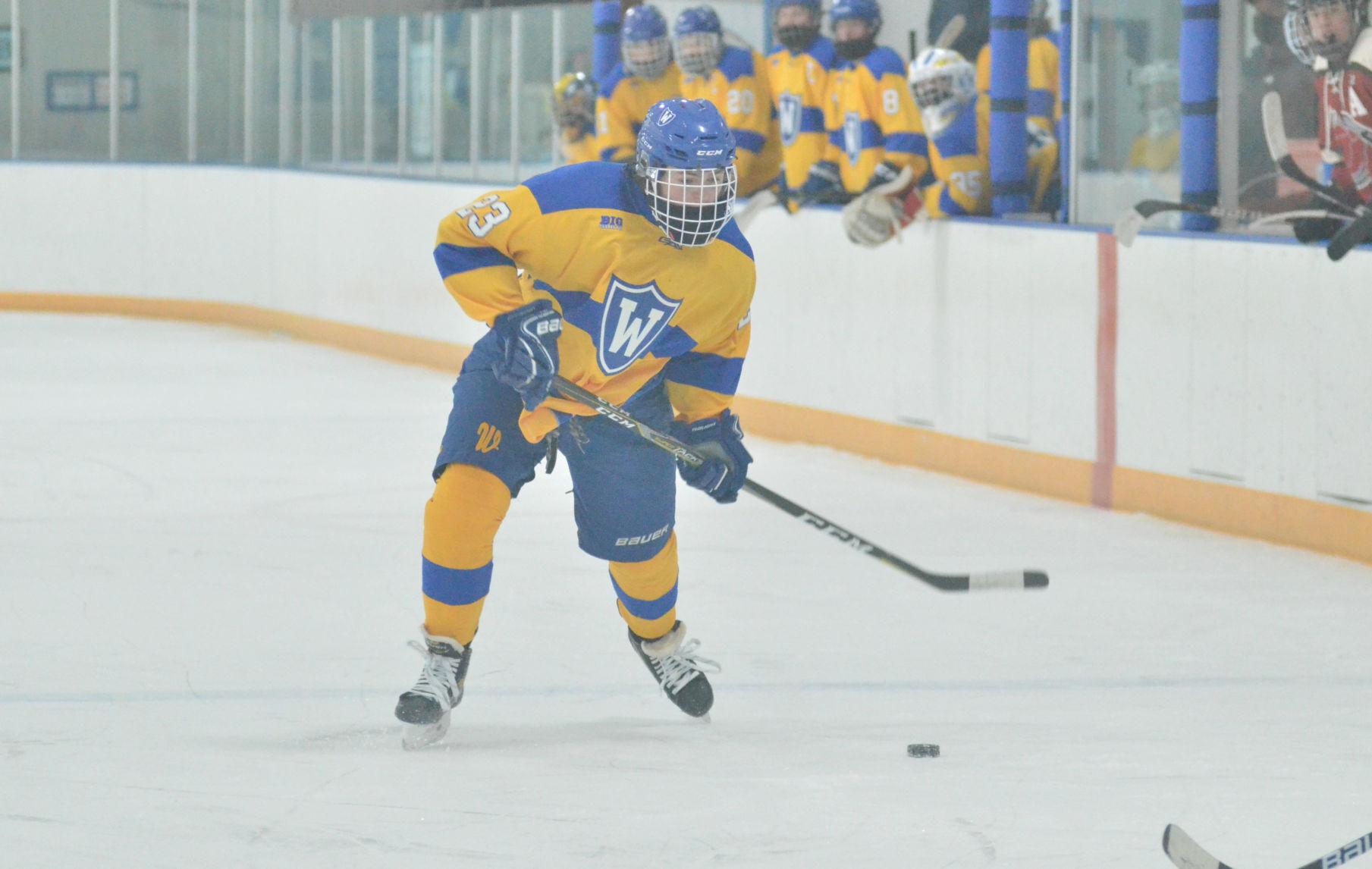 Seven inmates at the Federal Correctional Institution — Waseca received commutations from President Donald Trump on Tuesday. The women were clients of the University of Minnesota Law School’s Clemency Program, which took on the cases pro bono. (Federal Bureau of Prisons photo)

As a part of President Donald Trump’s 11th-hour actions on his last day in the White House, several inmates at Waseca’s federal prison have received commutations of their sentences.

The women were clients of the University of Minnesota Law School’s Clemency Project, directed by Professor JaneAnne Murray. The program had a total of 14 clients included on the list of commutations announced late Tuesday and all were represented pro bono.

“All of these clients were serving excessive sentences that devastated their lives and the lives of their families,” said Murray in a press release. “President Trump’s clemency grants reinforce that the cause of criminal justice reform is a bipartisan issue.”

According to Murray, all the women in the program had some sort of connection to FCI-Waseca. Jodi Lyn Richter had been held in the Waseca prison, but was later transferred to a California facility. The other women were introduced to the program through a Waseca client.

According to the Federal Bureau of Prisons’ website, all the women were released on Wednesday. Third-year law student Bree Crye, who worked directly with many of the clients, said their experience with the program has been invaluable.

“It has been an incredibly journey working with Professor Murray and getting to know the women in Waseca,” Crye said. “The feeling I have is not something I could have learned from a law textbook. The Clemency Project has offered me the unique opportunity to right an actual wrong.”

The women who had their sentences commuted by Trump were:

Bohnenkam, 47, has served 10.5 years of a 24-year sentence imposed for conspiracy to manufacture methamphetamine. As a result of changes in the First Step Act as well as the relevant sentencing guidelines, her sentence would be considerably lower if convicted today. According to the Clemency Project, she has been an exemplary inmate with a strong record of programming work and is authorized to work outside the prison perimeter.

Bohnenkamp had been recommended by FCI-Waseca Warden M. Starr for home confinement under the Coronavirus Aid, Relief and Economic Security (CARES) Act, but it was later denied by the board that oversees it. Her release plan includes several viable employment possibilities.

Kasowski, 46, of Moorhead has served more than seven years of a 17-year sentence for conspiracy to possess with the intent to distribute and distribution of a controlled substance. As a result of changes in the First Step Act, today Kasowski’s sentence would be less than the time she has already served. Also considered an exemplary inmate by the Clemency Program, Kasowski was involved in the CHOICES program, which allowed her to visit high schools and share her story. Kasowski was also recommended by Starr for home confinement under the CARES Act, but had that request denied.

Kasowski is one of two Minnesotans granted clemency by Trump before leaving office this week. John Harold Wall, 63, of Prior Lake received a full pardon. Hall had already completed his sentence of five years in prison and four years of supervised release after pleading guilty in 1992 to one federal count of aiding and abetting possession with intent to distribute methamphetamine. Prison records show he was released from federal prison in 1996. A full presidential pardon restores any rights a person loses when he or she was convicted, but it does not erase records of the conviction.

Virgen, 51, has served 12 years of a 30-year sentence for drug charges. She exercised her constitutional right and went to trial rather than accepting the government’s plea offer of 10 years. The Clemency Program describes Virgen as a model prisoner who has received countless achievement awards from her programming. In her release plan, Virgen said she plans to return to Mexico to care for her four children, two of whom recently lost their primary caregiver.

Locke, 42, has served almost 11 years of a 19.5-year sentence for a non-violent drug offense. As a result of changes in the relevant sentencing guidelines, her sentence would be considerably lower. According to the Clemency Program, Locke entered prison six weeks after having a Caesarean section. Locke was granted home confinement under the CARES Act in 2020 and works full time at a major retail store.

Logan, 57, has served eight years of a 14-year sentence for a non-violent drug offense. Like Locke, Logan’s sentence would be considerably lower today due to changes in relevant sentencing guidelines and was also granted home confinement under the CARES Act. Logan has returned home to her husband and works full time.

Paulson, 52, has served more than six years of a 16-year sentence for a non-violent drug offense. As a result of changes in the First Step Act, her sentence today would be less than the time she has already served. While at FCI-Waseca, Paulson worked as a mental health counselor, an inmate companion and a suicide watch companion. Starr had recommended Paulson for home confinement, but the request was later denied. According to the Clemency Program, Paulson’s release plan involves strong family support and “excellent employment prospects.”

Roberts, 58, has served 10 years of a 19-year sentence for a non-violent drug offense. As a result of changes in the First Step Act, today her sentenced would be halved. According to the Clemency Program, Roberts had an exemplary prison record with a strong programming and work history. Roberts was authorized to work outside the prison perimeter and Starr had recommended her for a CARES Act transfer. Her release plans include several employment prospects.

FCI-Waseca has recently received attention for a lawsuit filed by several inmates, including some included in Trump’s commutations, for the prison’s mishandling of the COVID-19 pandemic and the outbreak of the virus. After one inmate tested positive for the virus in August, 439 others contracted COVID-19 within three months, roughly 70% of the inmates. The lawsuit was filed by the American Civil Liberties Union of Minnesota in U.S. District Court in December. 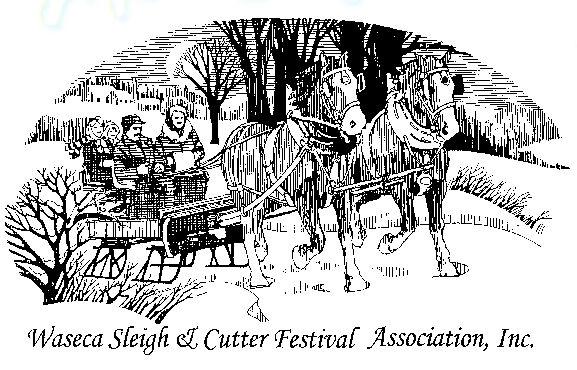 Hartley Elementary is in need of the most repairs among the Waseca school district’s buildings, a new task force report found. (File photo/southernminn.com)

Voters in the Waseca school district may be deciding on a bond referendum in the next few years to address maintenance needs at Hartley Elementary School.

A task force’s report compiled the facility needs in the school district, as well as a timeline for repairs, and Hartley Elementary needs the most attention moving forward.

Some of Hartley’s issues that have already been addressed include flushing out some of the water pipes containing high levels of lead and turning off certain faucets. Along with fixing water pipes, new air purification units were added to Hartley to enhance the HVAC system.

Superintendent Eric Hudspith said the next steps are determining a timeline public input and a decision about what to do with the Hartley building.

“It has been an exceptional building for us that has done a lot of great things and has a lot of great memories for people who have gone through that school,” Hudspith said at the Waseca School Board’s Jan. 21 meeting.

The Waseca School Board will discuss these options further at the next work session meeting on Feb. 4.

News
spotlight
Charm on the Farm gets people outside
Bailey Grubish / By BAILEY GRUBISH bailey.grubish@apgsomn.com

People loaded onto the wagon at Farmamerica during the Charm on the Farm event Jan. 23. The horse drawn wagon ride was led by horses “Cagney” and “Lacey” around the Farmamerica path. (Bailey Grubish/Southernminn.com)

A father-daughter team worked together to saw through a log during Charm on the Farm. The cross-cut sawing demonstration was brought by Big Scott’s Logging Camp.

After participants were able to saw through the log using the crosscut saw, they were able to take the piece of wood home as a souvenir. Each piece was branded with a capital “R.” (Bailey Grubish/Southernminn.com)

Charm on the Farm at Farmamerica offered snowshoes for all ages to try around the site. Rental of the snowshoes was included in the ticket for the event. (Bailey Grubish/Southernminn.com)

Friends Tricia Mercier and Karen Simmons went snowshoeing around the Farmamerica site during Charm on the Farm. Snowshoeing was a popular event, some trying it for the first time. (Bailey Grubish/Southernminn.com)

Kids participate in snow painting at Charm on the Farm. They were able to pick a color and make a creation in the snow. (Bailey Grubish/Southernminn.com)

Fire pits were set up around the Charm on the Farm event for people to sit around to warm up. Many people took turns sitting around the fires to warm up between activities. (Bailey Grubish/Southernminn.com)

Scott Roemhildt of Big Scott’s Logging Camp hands the branded piece of wood over to the participant who helped saw it. He brands an “R” into each piece for people to have as a keepsake. (Bailey Grubish/Southernminn.com)

People bundled up on the horse-drawn wagon ride at Charm on the Farm during the snowstorm. The team of horses took the participants around the Farmamerica site to see all of the buildings. (Bailey Grubish/Southernminn.com)

Snow flurries blew around the Farm on the Charm event at Farmamerica on Saturday, Jan. 23, but the snow didn’t keep people from attending the event and making the most of the day.

Attendees were able to go on a horse drawn wagon ride, do crosscut sawing, snow painting, snow shoeing, cross country skiing and warm up next to a fire. People could also get s’mores supplies to take home and make due to COVID-19 preventing people from making one on site.

Farmamerica will host the Charm on the Farm event again at 11 a.m.-3 p.m., Saturday, Feb. 20. The next Sleigh and Cutter event is the Waseca Sno-Secas club ride on Jan. 30. For more information check out the Sleigh and Cutter website.