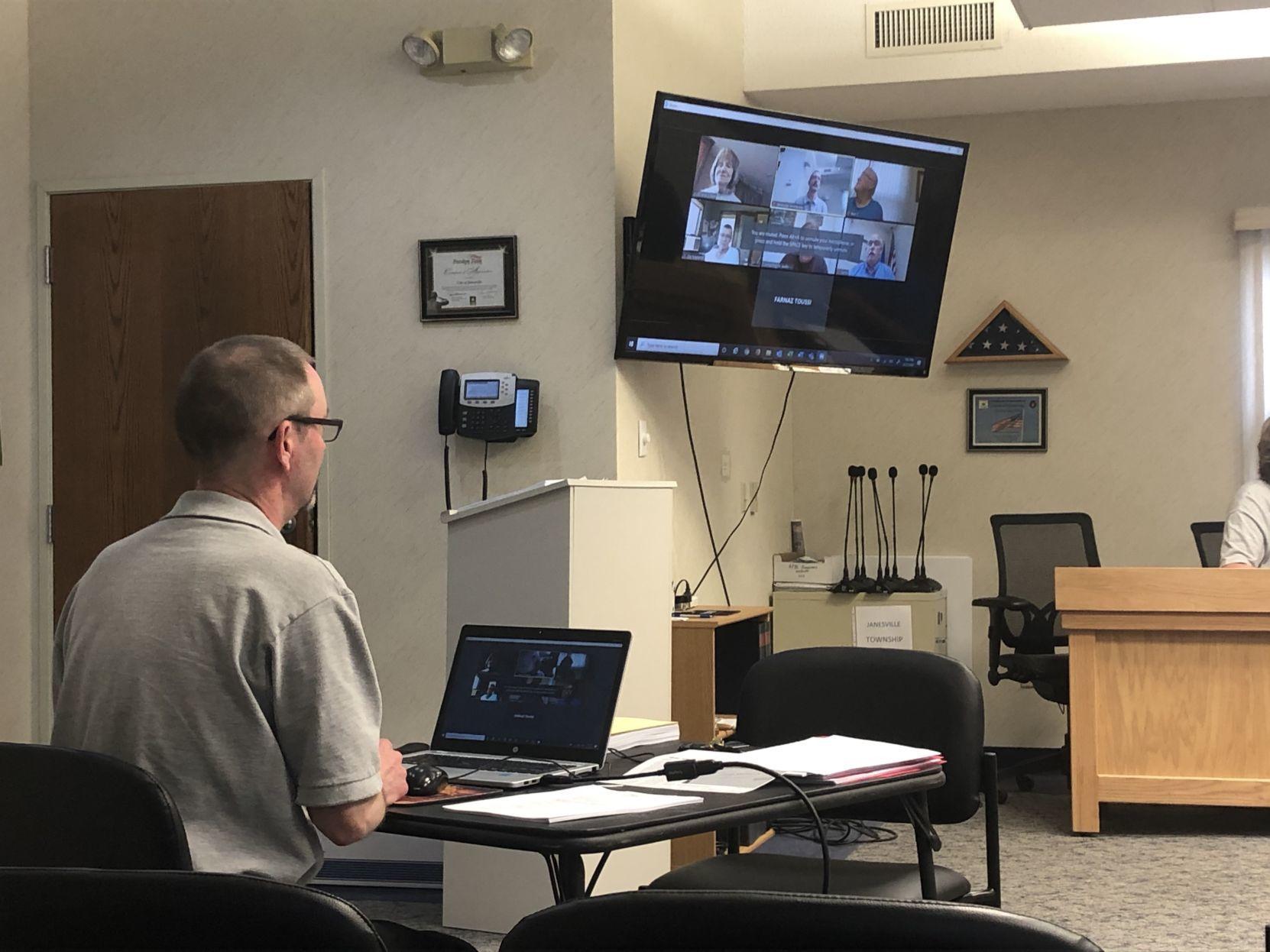 Pig farmers across the nation are facing dire straights after several processing facilities have closed after workers contracted COVID-19. Farmers are struggling to find a place to send their pigs. (Daily News file photo)

As pig processing plants start to shut down and see a reduction in staff due to COVID-19, pig farmers are facing difficult decisions.

Processing plants like Smithfield in Sioux Falls, South Dakota; Tyson Foods in Waterloo, Iowa; Comfrey Farms in Windom, and JBS in Worthington have shut down after employees contracted COVID-19. JBS processed around 21,000 pigs a day, Smithfield around 19,000. Those closures are creating a trickle down effect that’s leaving pig farmers few options.

Many of the pigs ready for market before those plants shut down have now grown too big for processing. Pigs typically weigh between 250 to 300 pounds when they go to market. Any bigger than that, the plants’ machinery can’t handle.

So, the pigs remain in the barn and farmers are running out of room, forcing them to making the difficult decision to euthanize pigs.

Waseca pig farmer Todd Selvik runs eight barns with 1,200 pigs in each. He was in the middle of selling four of the barns, but later learned the processing plant couldn’t accommodate those loads any longer. Those pigs remain in the barn.

“We’ll take any load we can to get those pigs a home,” Selvik said. “We’re really trying hard to get those pigs to market. If we can’t market them, we’re forced to euthanize them. That’s not good for anybody. It’s a really tough thing. You’ve cared for these pigs their entire life. It’s so tough.”

Pig processing capacity has declined by 25 percent and it could get worse. Dave Preisler, chief executive officer of the Minnesota Pork Producers Association said this week there will be around 150,000 to 160,000 pigs with no place to go. Minnesota is the second-leading pork producing state behind Iowa.

“This will be incredibly difficult on rural communities,” Preisler said. “That’s going to be really hard on them.”

Preisler, the Minnesota Pork Producers Association, and other groups are seeking help from the federal government to deal with the emerging excess supply.

“We’ll need to deal with carcasses in a safe way — composting, landfills or rendering plants,” Preisler said. “We’ll need all three options. There has never been anything like this in this country and that capacity is being worked on.”

Those farmers who choose to compost are faced with another challenge of trying to find enough wood chips, corn stalks, sawdust or straw to make it work. The state can’t use any of its power or COVID-19 funding to help buy those materials because COVID-19 isn’t known to affect livestock. The Minnesota Board of Animal Health has helped to find companies with the material needed for composting.

Preisler said pig producing groups have asked the government to federalize the plants in order to help with depopulation.

“We need these plants to run either to make food or assist in putting the animals down,” Preisler said. “It’s our best hope to deal with a big part of the problem.”

President Trump announced Tuesday he will sign an executive order to use the Defense Production Act to make meat processing a critical infrastructure that needs to stay open. On Wednesday, JBS in Worthington, said it could start euthanizing pigs at its facility this week. Hog farmers told The Globe newspaper in Worthington that they were told by their JBS hog buyer they could schedule euthanizing of hogs weighing over 330 pounds. JBS has agreed to take on the cost of euthanizing pigs.

JBS has the capacity to euthanize 13,000 pigs a day, according to U.S. Rep Collin Peterson, but he was told there’s a need to euthanize 70,000 to 100,000 a day. Some of the pigs euthanized at JBS can be rendered there while others will go to landfills and others could be incinerated.

Finding funding for the disposal costs hasn’t happened yet. Farmers have had access to some funding through the U.S. Department of Agriculture, but it’s nowhere near what’s needed, Preisler said. Agriculture Secretary Sonny Perdue announced April 17 that the USDA will purchase $3 billion of fresh produce, dairy products and meat. A total of $100 million is dedicated for meat products. Distributors and wholesalers will send pre-approved boxes of produce, dairy and meat to food banks and nonprofits, as well as community and faith organizations.

Through the Natural Resource Conservation Service’s Environmental Quality Incentives Program, commonly referred to as EQIP, producers can apply for assistance to properly render livestock that can’t be processed. Applications are being accepted for this initial period through Friday, May 1.

The Minnesota Department of Agriculture and the state Legislature made low-interest disaster loans for producers available and has bought some excess products for Second Harvest Heartland.

The department of agriculture also added $345,000 in value-added grants to help smaller processors build capacity to take on additional pigs.

While Selvik says he’s a couple of months away from deciding whether to euthanize pigs, he and other pig farmers have started to slow the growth of existing pigs.

“We’re double populating the barns, moving pigs around to be able to accommodate for the situation, but with that comes costs,” Selvik said. “It all has a trickle down effect. You make the best of the situation that you can.”

Even if producers can get pigs to market, they’re seeing some of the lowest prices ever for their animals, Selvik said. Pork hit a decade low price last year but the start of 2020 looked better.

“There were high hopes that China and other export markets would come to the U.S. and buy lots of pigs and pork,” Selvik said. “It was looking to be a pretty decent year.”

Waseca Junior and Senior High School will be the site of a drive through cruise for students and families to see teachers. (County News file photo)

The drive through cruise map for families and kids to follow to see teachers and staff of the district. (Submitted photo)

“Smiles for Students” a drive-through cruise for families and community members to join in waving to teachers and staff is planned to take place this week at the Waseca Junior and Senior High School.

On Thursday from 6 p.m. to 6:30 p.m. teachers and staff from all district buildings will line the sidewalks of the WJSHS waving pompoms, signs and balloons for the students and their families with the Bluejay mascot also present.

“We left school thinking we were coming back on a Monday and that just never happened and we wanted the opportunity to see some of our kids in person and thank our families,” Hartley Elementary School kindergarten teacher Jackie Wolfe said. “It truly takes a village to raise a child and it’s been wonderful to have the support of the families ...

“I feel throughout this that just with the daily communication with families I have, I feel like I’ve gotten to know them on a personal level and not just an education piece. Everyone’s coming from a different situation right now and we want to get together to celebrate our love for learning and show our students that we miss them.”

A group of three teachers, one from each main school for representation, put the idea together at the beginning of distance learning and they are finally able to make it come to fruition. Jana Kestel, Waseca Intermediate School sixth-grade teacher and Laura DeWees, WJSHS teacher and behavior interventionist with Wolfe organized the cruise.

There is a designated route around the entire high school and people are encouraged to drive the entire route to keep traffic flowing. People should stay in their vehicles during the parade to keep proper social distancing.

“It’s just a time of uncertainty right now with so many unanswered questions and for us to come together and say we are here for the kids and to be there for them during this uncertainty,” Wolfe said. “The parents and the community are amazing and it’s a huge learning curve for all of us …” 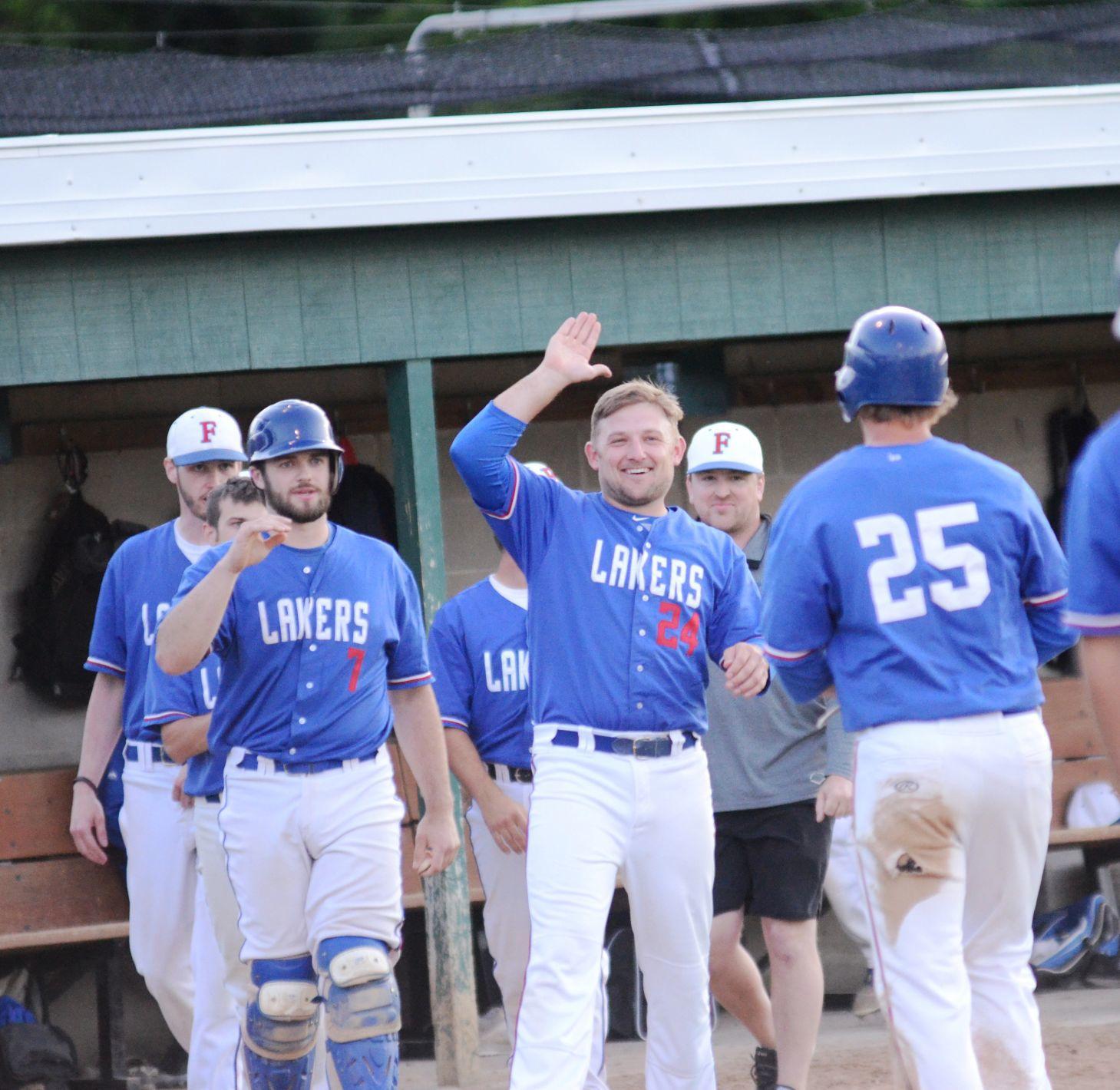 Dylan Valentyn, No. 7, and Jake Stocker, No. 24, greeted Faribault Lakers teammate No. 25 Joey Grote during a June 12 game last season against Webster. The Lakers and other amateur teams are waiting to see if they’ll play this year. (Daily News file photo)

Lead for Minnesota, Waseca is offering a list of resources for those affected by COVID-19. (County News file photo)

Benya Kraus sees Waseca as her hometown and has visions of reinvesting in the community through partnerships.

Kraus is the executive director for Lead for Minnesota, Waseca, a non-profit meant to bring college graduates back to their hometowns to improve the community.

In Waseca, Lead for Minnesota has put together a list of resources for COVID-19 with the help of city and county officials that community members can use.

“We launched a Waseca COVID-19 Neighborhood Support effort, which allows Waseca area residents to request support and volunteer to provide support for their neighbors ... ,” Kraus said. “Lead For Minnesota has a hotline you can call, in addition to an online form you can fill out. We’ve distributed paper pamphlets to the front doors of almost 1,000 Waseca homes, and have an active and eager neighborhood volunteer corps ready to care for one another.

“We’re doing this because we care about our community. Coronavirus is showing us how deeply interconnected we all are as humans. While we may need to stay in our homes and practice ‘social distancing,’ we must move through and emerge from this pandemic with a renewed sense of how much we depend on and can care for each other … ”

The website provides a centralized place for Waseca residents to access and collectively share resources related to COVID-19. Lead For Minnesota will help connect local volunteers to assist any neighbor in need during this time.

Some of the resources Lead for Minnesota, Waseca has listed is childcare, healthcare, caregivers, domestic violence, family/kids and numerous other resources that can be found on the website.

On the Lead for Minnesota, Waseca website people can also request support or volunteer to give support in Waseca.

The core program is a two-year paid fellowship that recruits, trains and places young leaders in their local communities working on the toughest challenges.

The Fellows are trained to do three things: creatively serve a community need, launch their own community and entrepreneurial venture and serve as a talent multiplier for their community.

Those who are Lead for Minnesota Fellows are a part of the Lead for America national movement of change-makers. Fellows attend the annual Changemaker Summit, build a network with local leaders, engage in national programming across the three core pillars and have access to the national network of leading mentors.

“With Waseca as our headquarters, it is an extension of our mission to have Waseca be a ‘demonstration city’ for what our Fellows can do for local communities across the state and nationwide,” Kraus said. “We want to show our state, and our country, what it looks like to invest in these three components, and we hope it will catalyze a movement in Waseca and across Minnesota to see the possibility within their hometowns, too.

“As such, all of our hired staff must play a civic role in our community, we are invested in the economic recovery and downtown revitalization of our main street as a creative corridor for innovation and talent attraction, and we must be a catalytic force in caring for our community and our neighbors.” 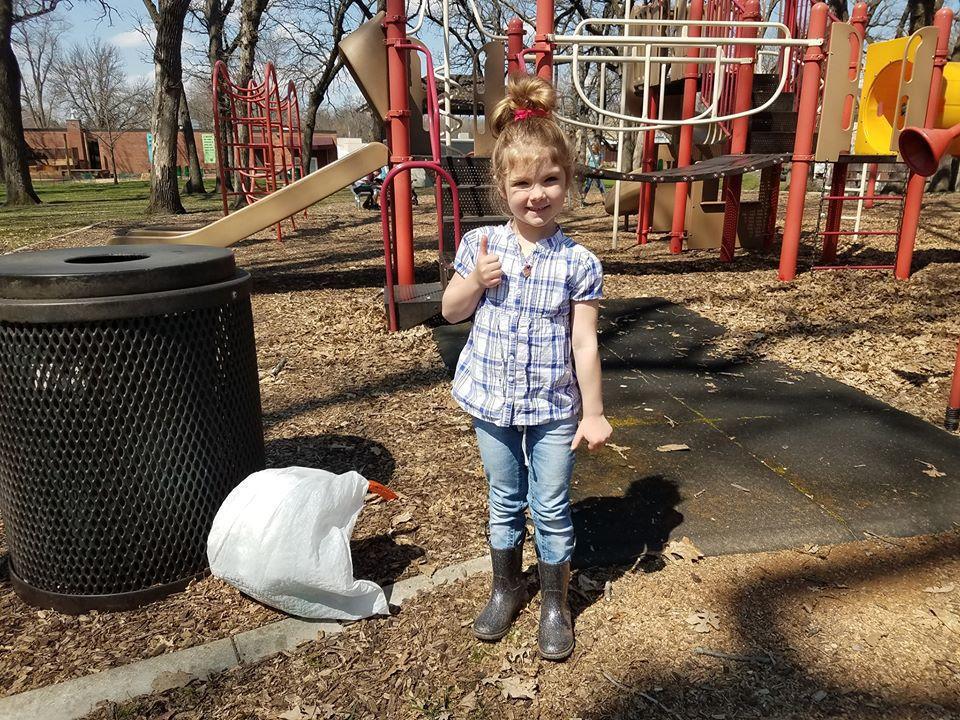 Trowbridge Park in Waseca is cleaner after one family went out to clean the area. (Photo curtesy of Lisa Wiblin Facebook)