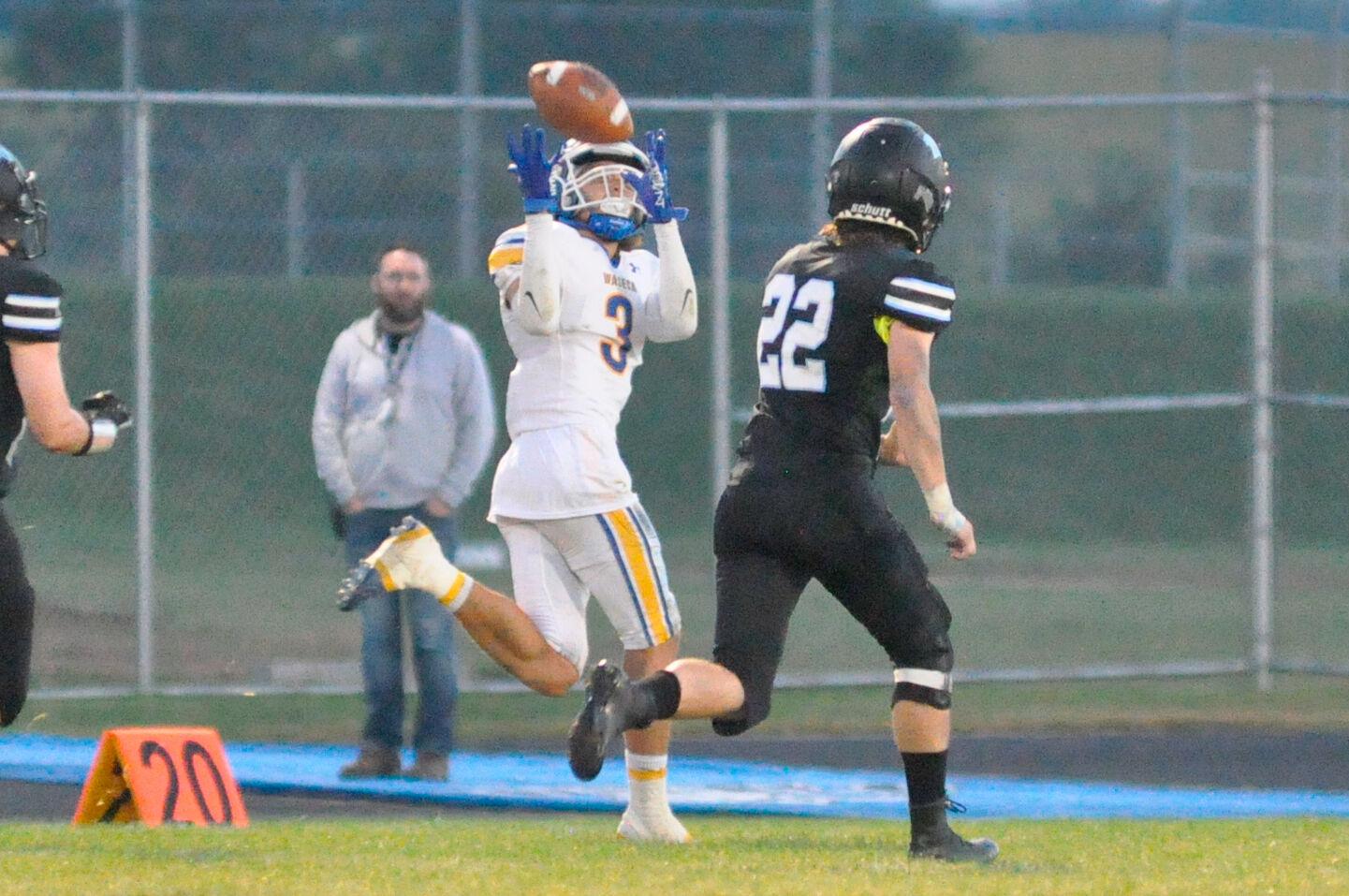 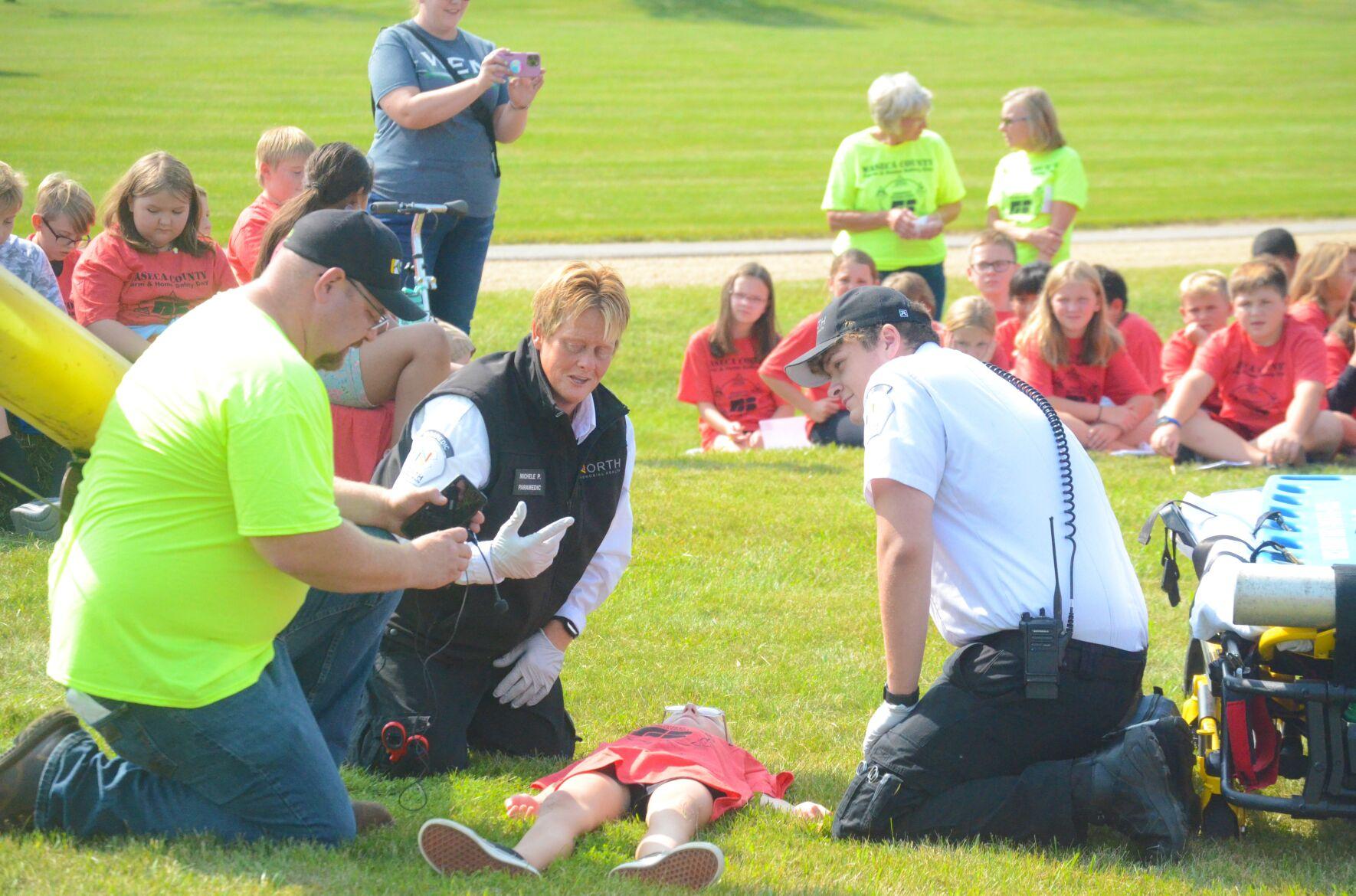 Andrew Jewison from Kibble Equipment works with a paramedic and EMT from North Ambulance and a local fifth grader to show students what to do during a farm emergency. (Ethan Becker/southernminn.com) 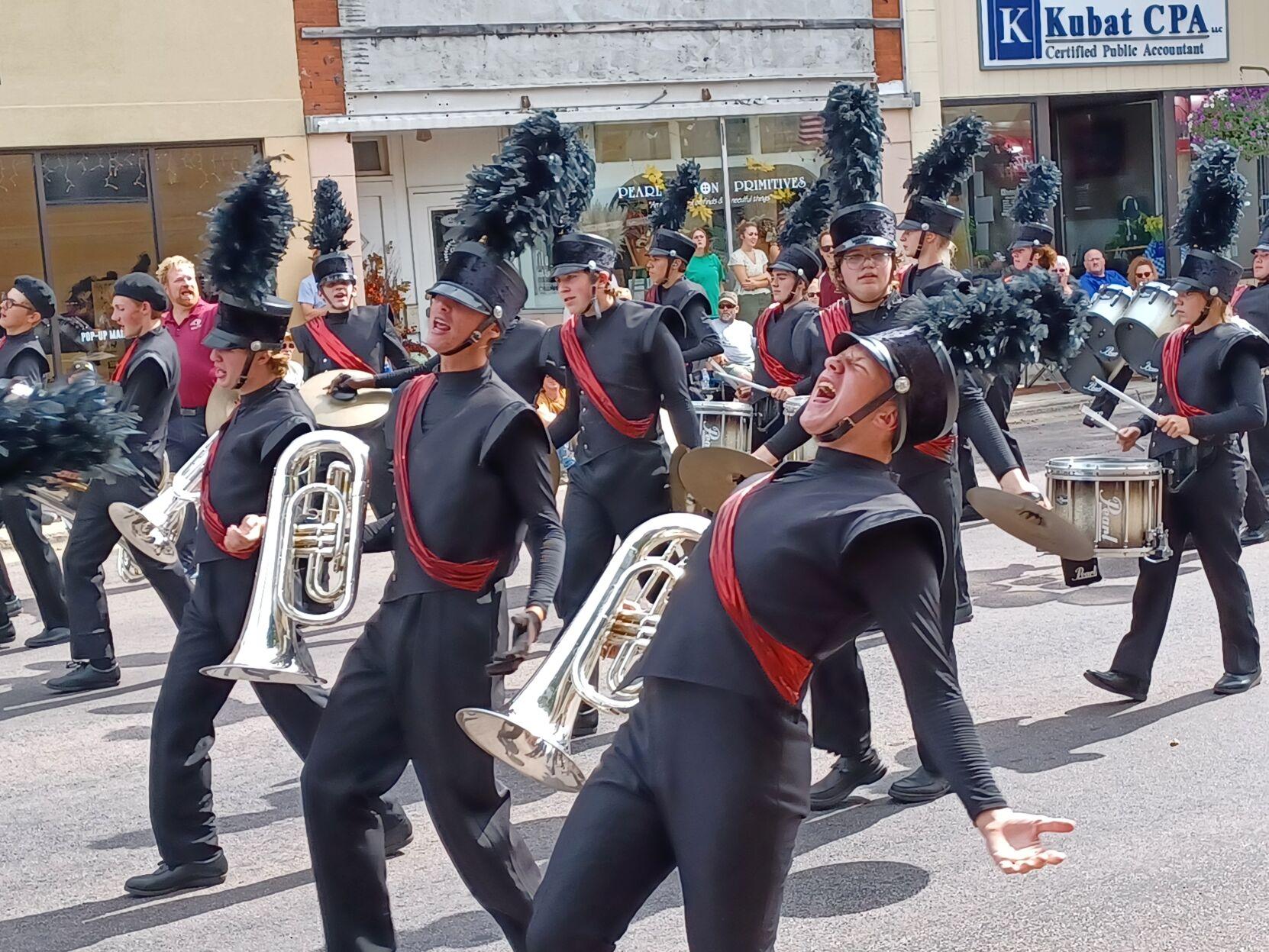 The day began at noon with a parade, featuring eight competing bands, along with the Waseca Marching Jays, who do not compete but put on an exhibition at each event. The competing bands in the parade were divided into three classes — A, AA and AAA — based on the size of the school. Competing in the A class were Eagle Grove, New Richland-Hartland-Ellendale-Geneva, Luvern and Pipestone. Pipestone ended up winning the parade competition for class A, with NRHEG coming in fourth. The difference between the two bands was just under eight points. 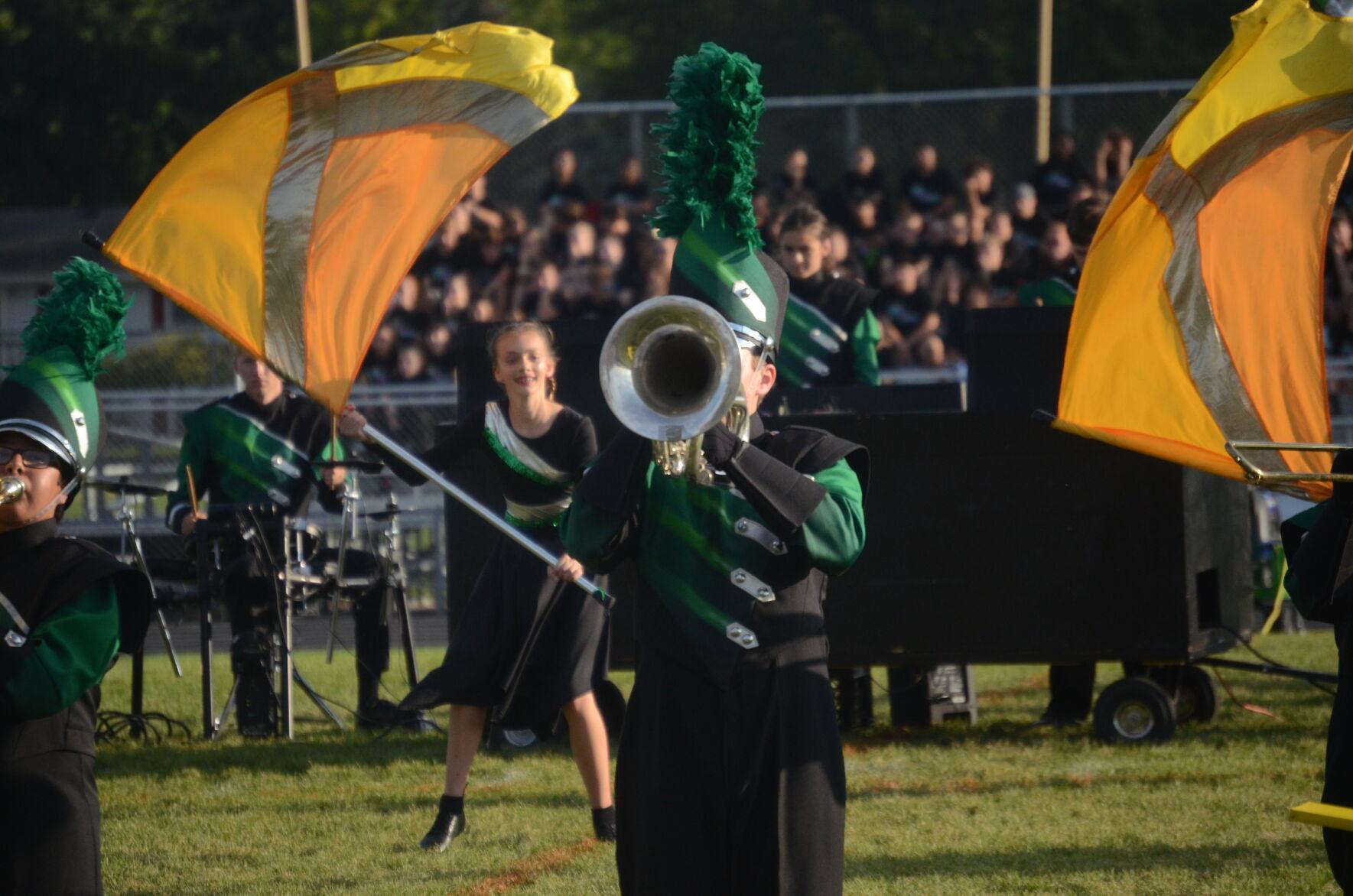 Bands in the AAA portion of the parade were from Lakeville South and Eastview High School, with Eastview beginning a big winning night by taking home first in the parade competition.

“It’s just so cool to see all the bands come out and participate in the parade competition. It’s nice, because it’s a full day of events, and the fireworks are a great way to wrap things up,” Waseca High School Band Director Devon Lawrence said. 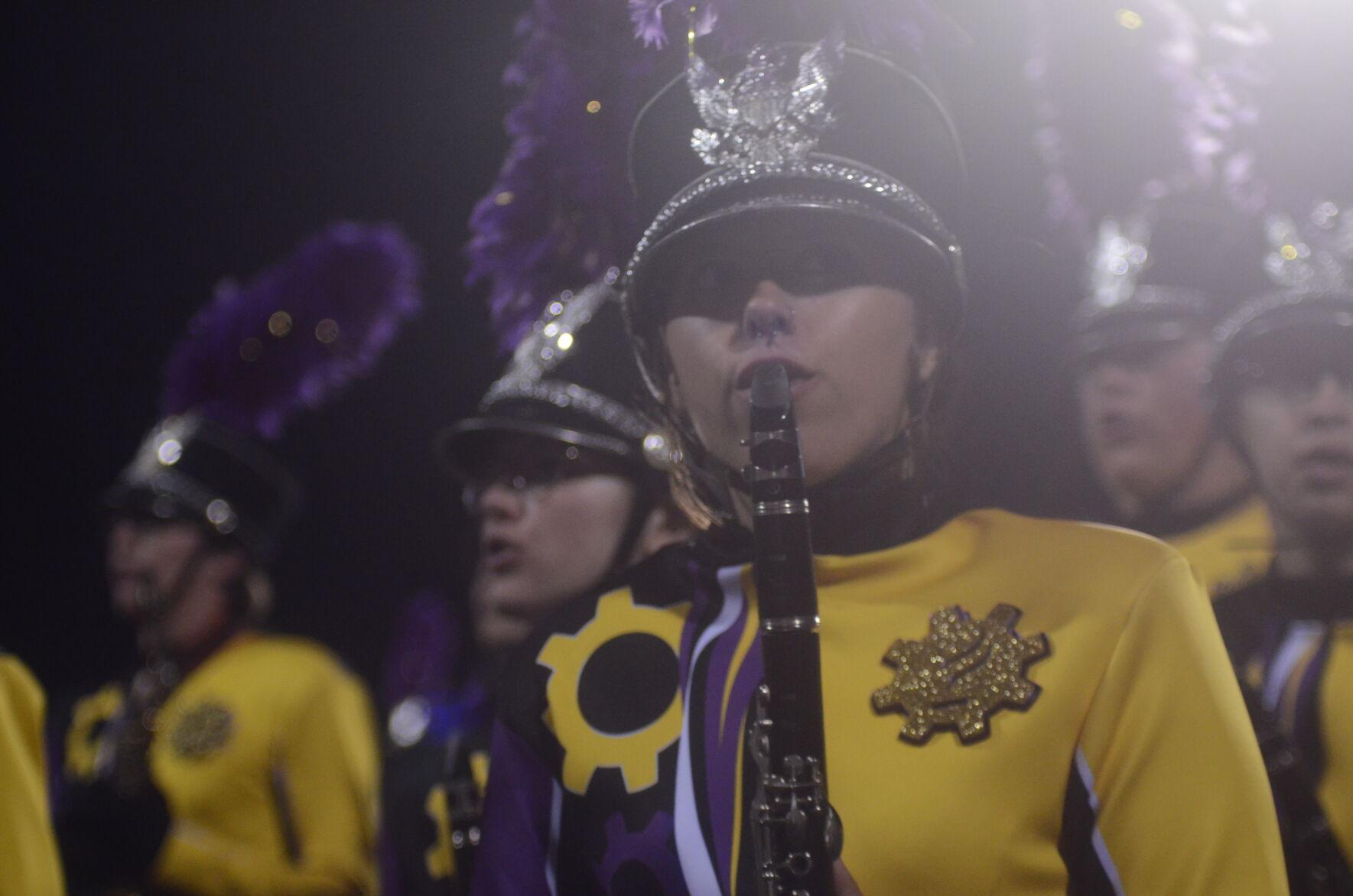 The Minnesota State University, Mankato Athletic Band put on a show for the attendees at the Waseca Marching Classic at the end of the field parade. (Ethan Becker/southernminn.com)

The evening brought the field competition with 11 bands competing across the three classes, along with exhibition performances by the Minnesota State University, Mankato Maverick Machine Athletic Band and the Waseca Marching Jays.

In the A competition, Pipestone and Luverne took part, with Luverne taking a narrow first-place finish, ending just over one point above Pipestone.

Following the AAA performance were Maverick Machine and Waseca exhibitions. 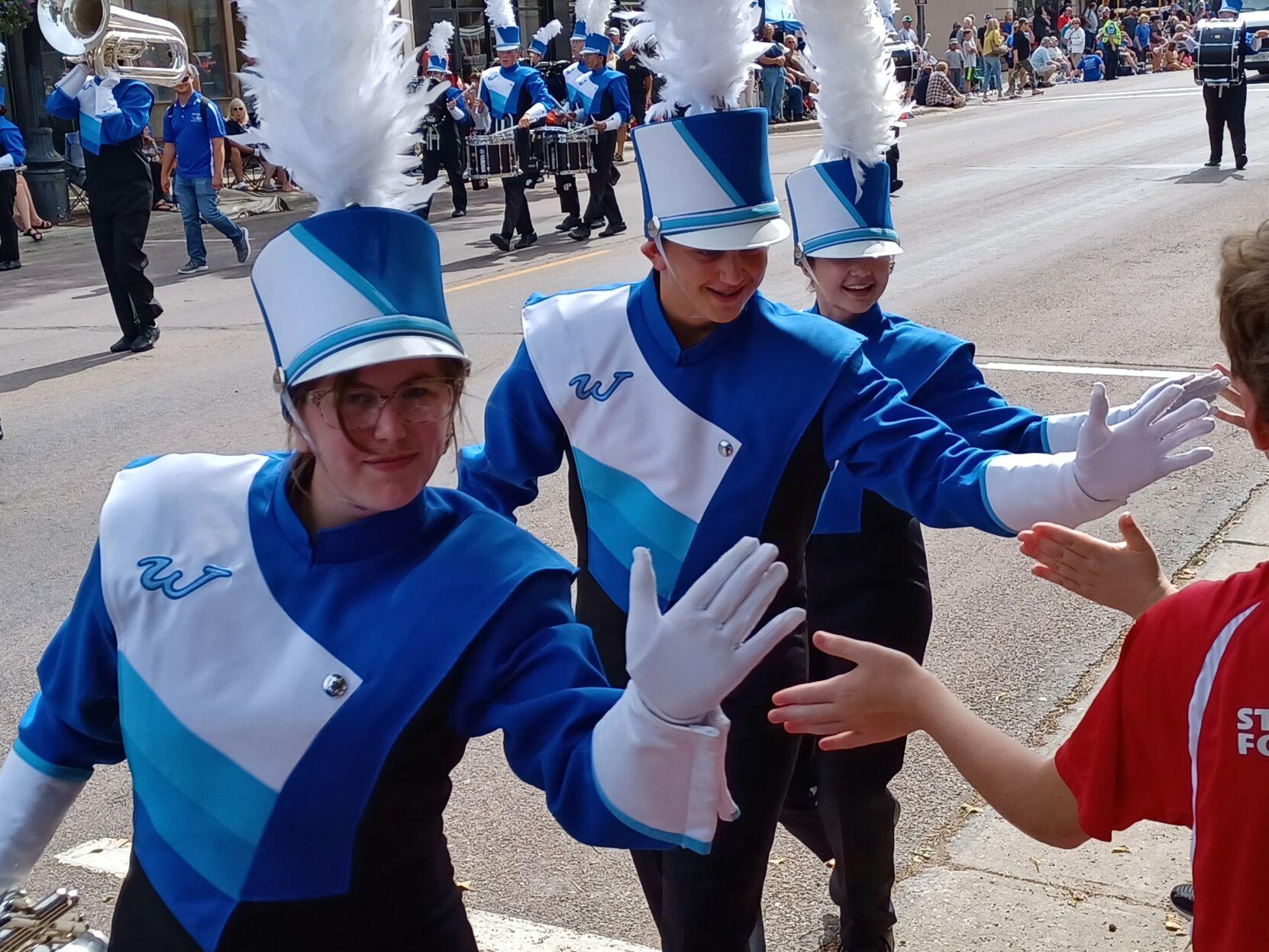 The Waseca Marching Jays interact with the crowd as the band rounds out the parade competition of the marching classic. (Ethan Becker/southernminn.com)

Eastview High School stood out in the day of events, with the school taking home the most awards throughout the night. Along with its first-place finishes in the AAA parade and field competitions, it also won the parade and field sweepstakes, as well as outstanding percussion in the parade competition and outstanding horn line in field competition. Eastview also took home the Butch DuFault Sweepstakes award, named after the founder of the Marching Classic.

“The band always loves coming out to Waseca, and we remember the Waseca performances especially,” Matthew Espena said. Espena is one of the drum majors from Eastview, along with Leylah Boulos and Lauren Mitchell.

Aside from competing and awards, the classic serves as a way for students from across the region to make great memories and to have experiences they otherwise might not have.

“Not a lot of places have a fair along with a field competition. There’s just a whole lot of talent, and they’re all there to watch you,” Espena said.

“It’s a place where you can share memories with your bandmates,” Mitchell said. “You’re not going to get a fireworks display like this anywhere else. The performance always feels more impactful.” 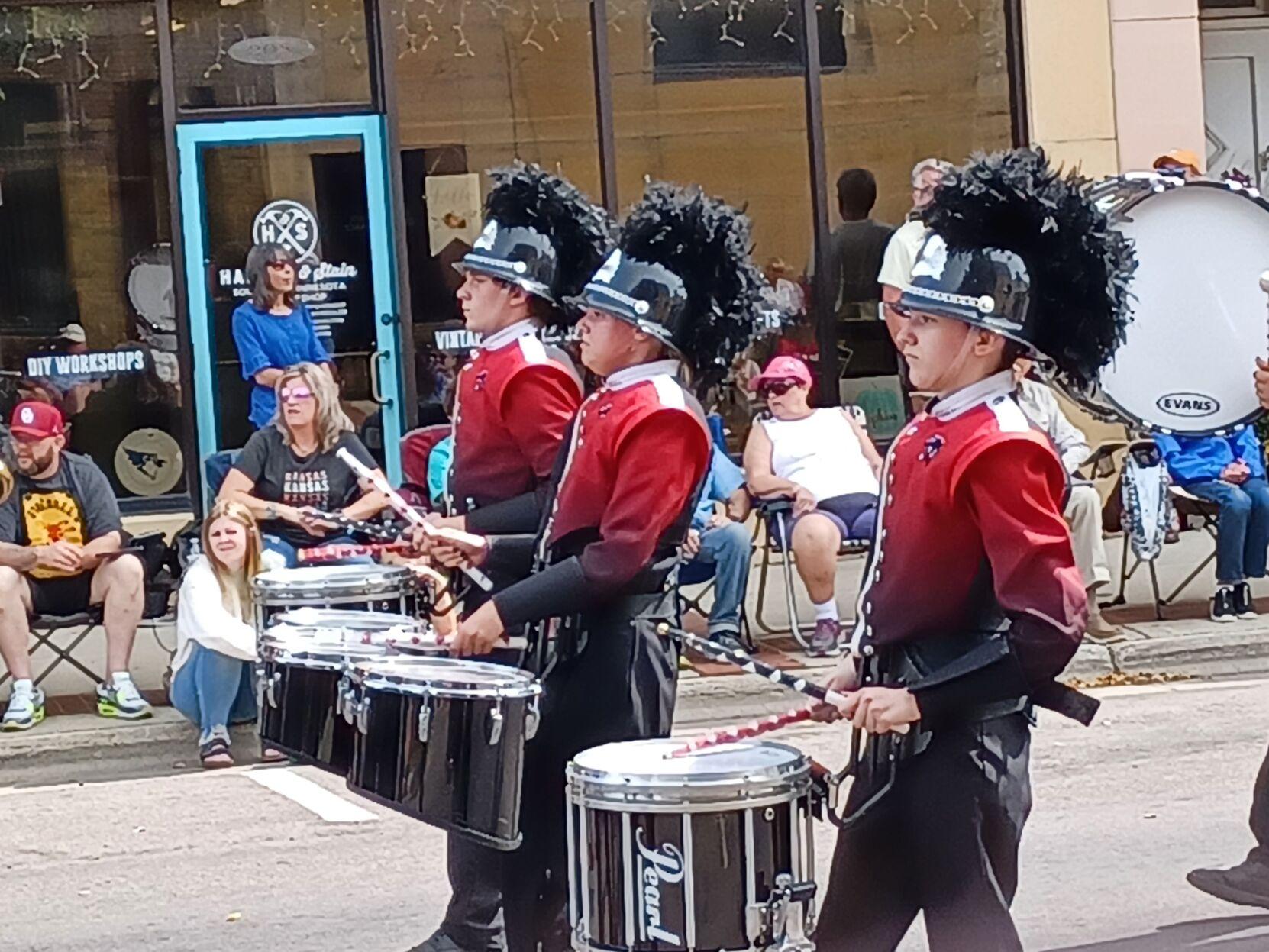 The NRHEG Panthers competed in the A parade competition, ending in fourth place. (Ethan Becker/southernminn.com) 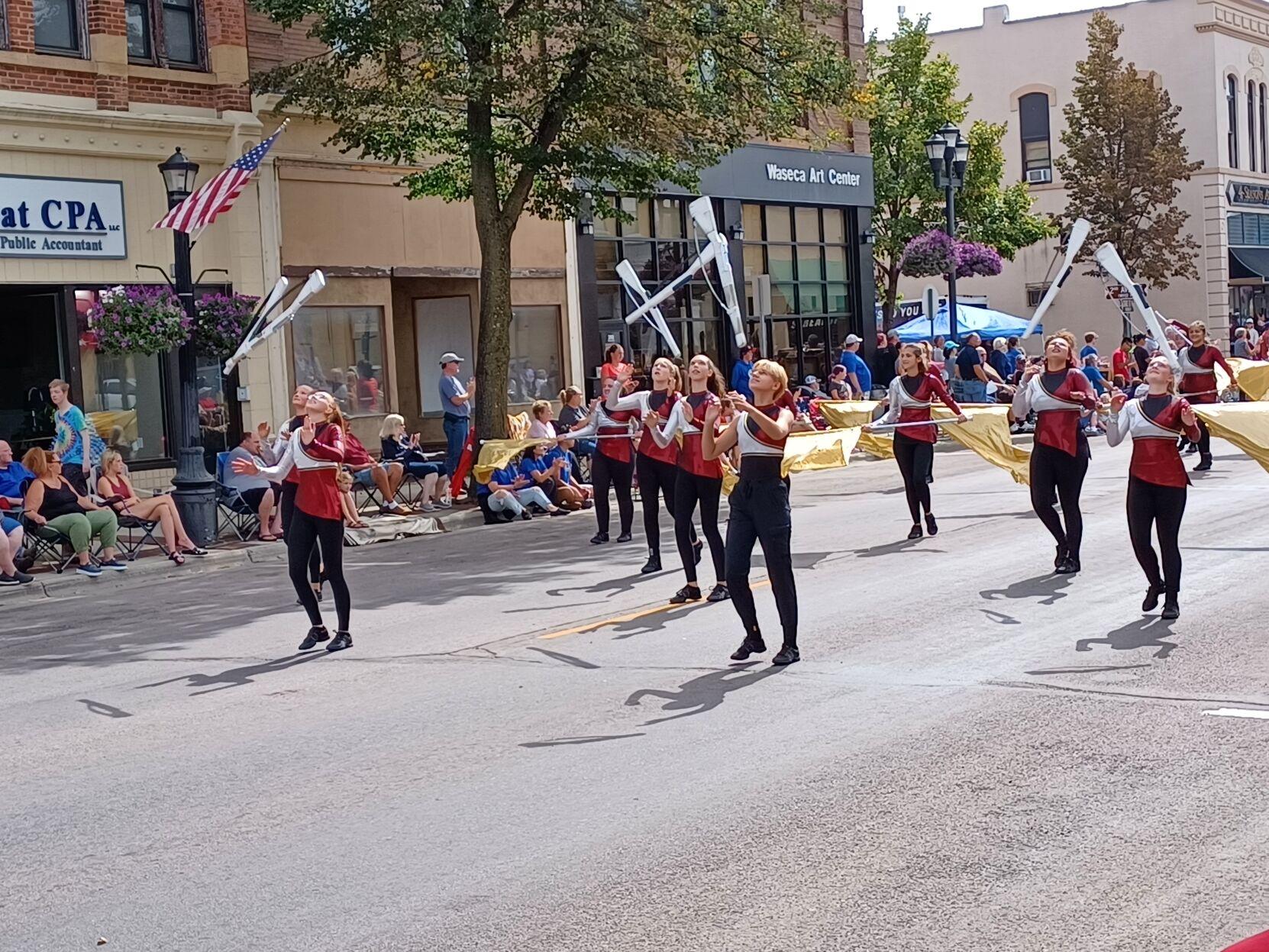 The Lakeville South color guard entertained audiences during the AAA parade completion with their color guard working in conjunction with the band. (Ethan Becker/southernminn.com) 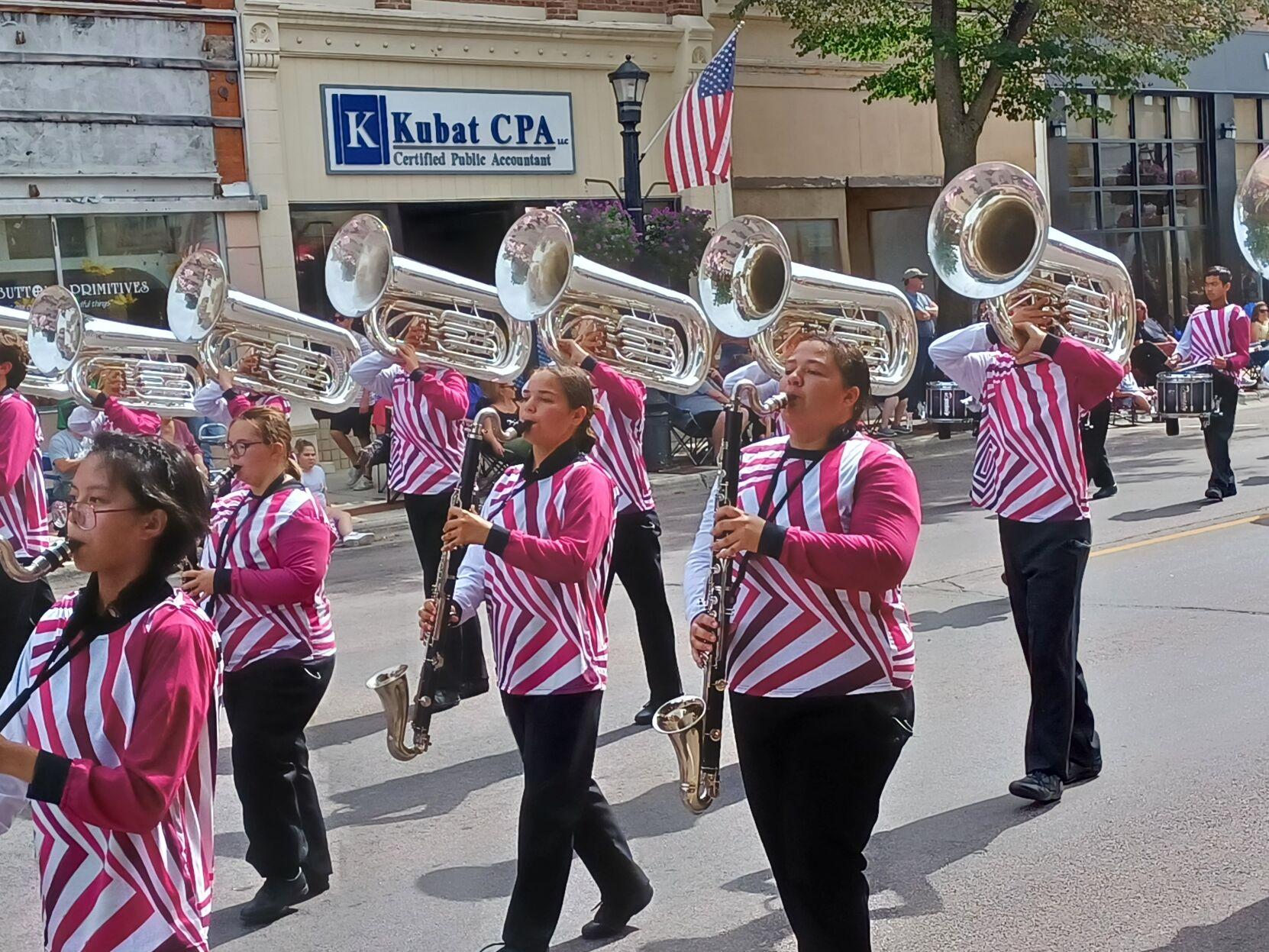 The Eastview High School marching band took home the most awards in the classic, winning seven awards across the day of events. (Ethan Becker/southernminn.com) 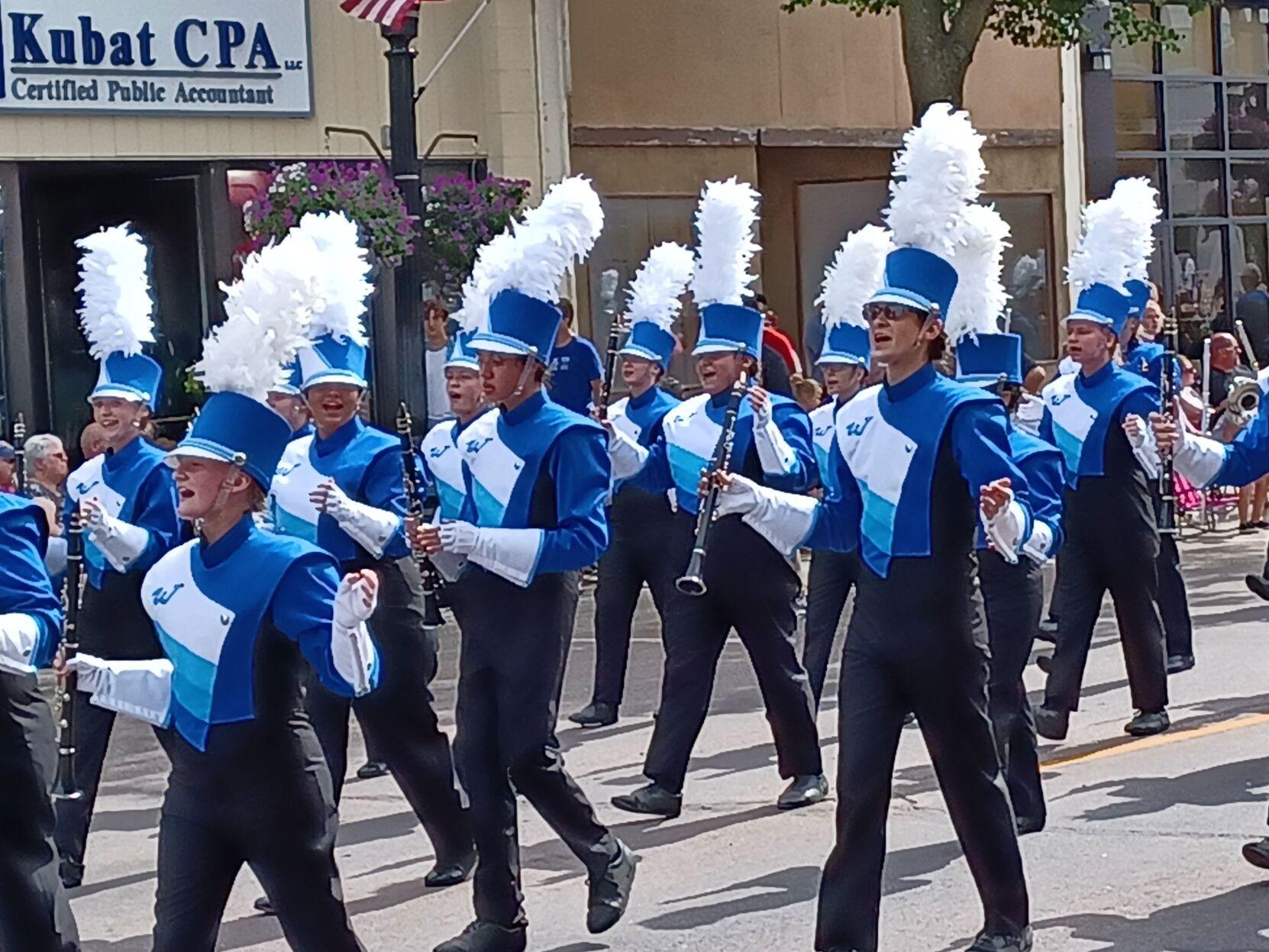 The Waseca Marching Jays don’t compete in the event, due to them hosting the parade and field competitions, but always put on an exhibition at the end of each competition. (Ethan Becker/southernminn.com) 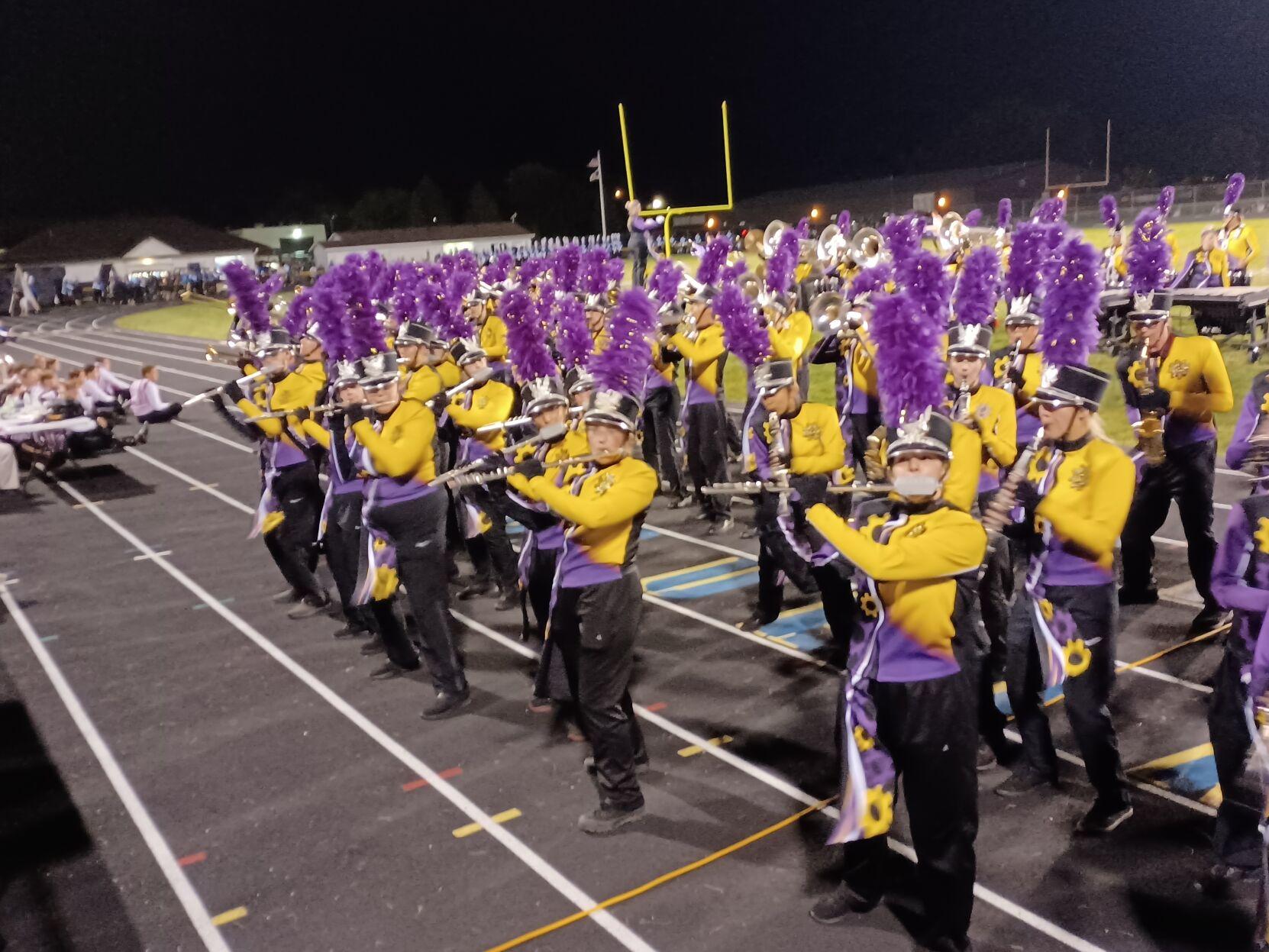 The MSU, Mankato Maverick Machine Athletic Band got right up to the crowd at the end of their exhibition. (Ethan Becker/southernminn.com) 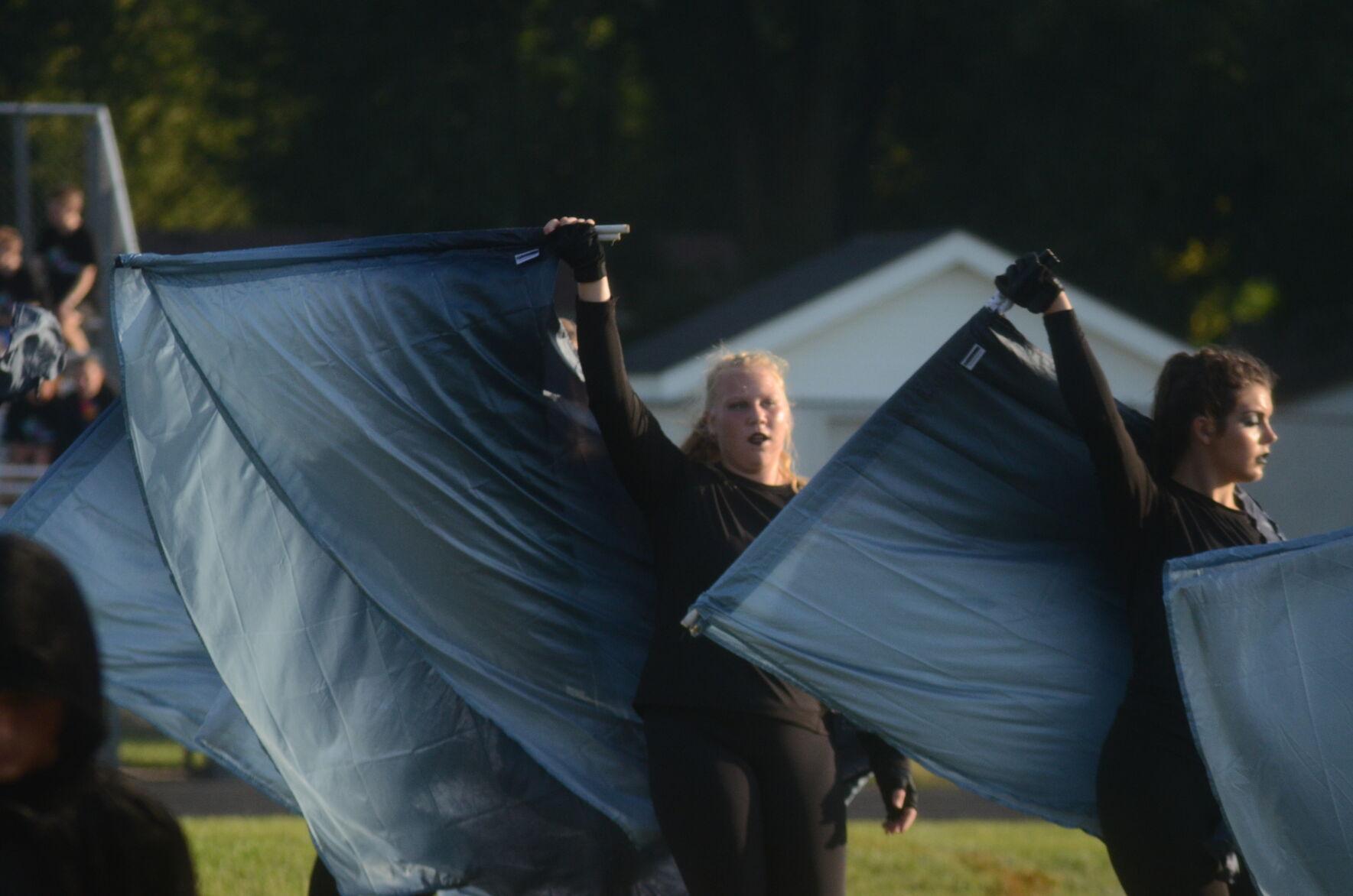 The color guard for the Luverne Cardinals compete during the A field competition. Luverne would win first place in the competition. (Ethan Becker/southernminn.com) 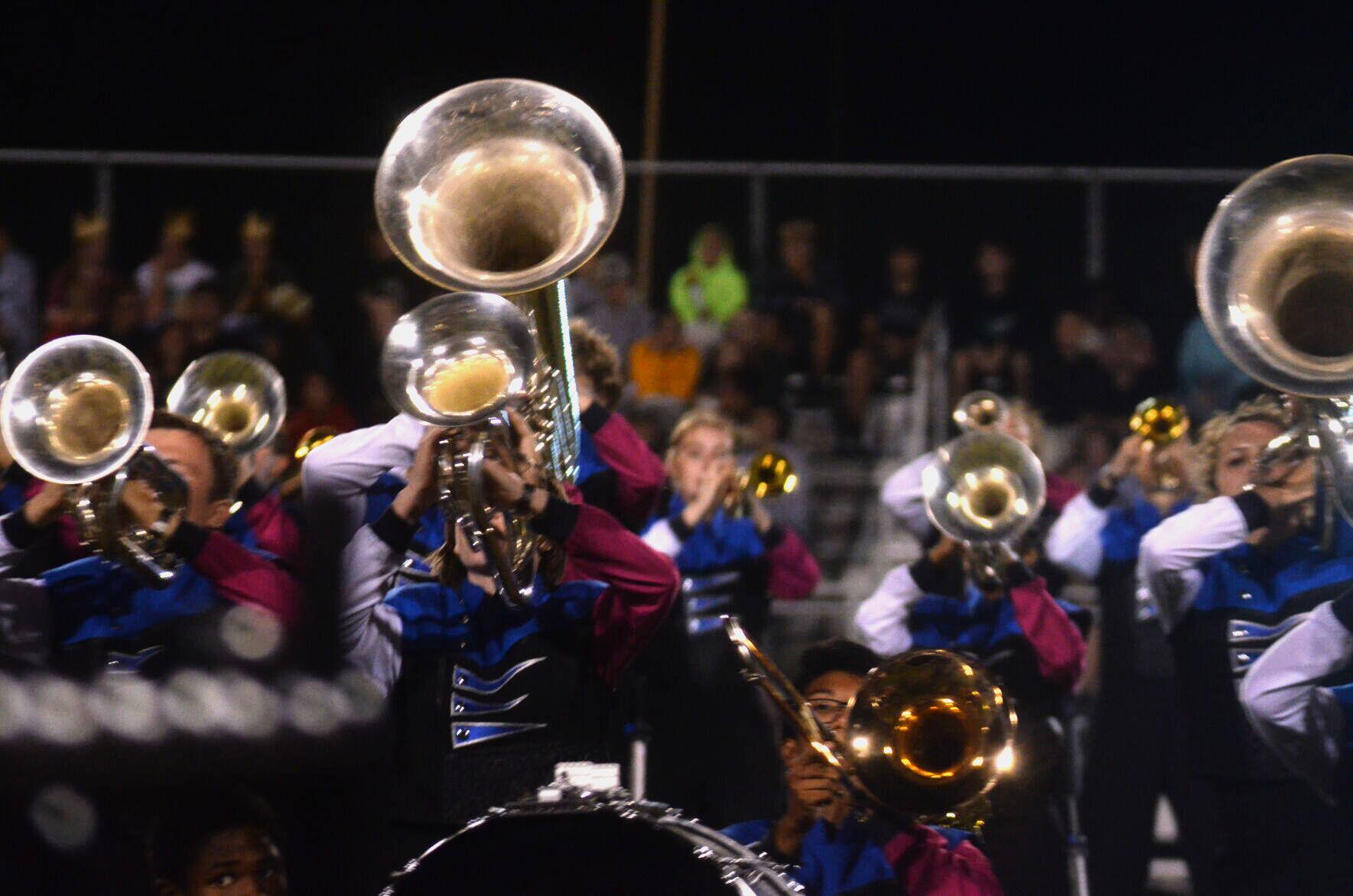 The sun setting didn’t stop the field competition, as bands in the later portion of the night were lit by the football stadium lights at Waseca High School. (Ethan Becker/southernminn.com) 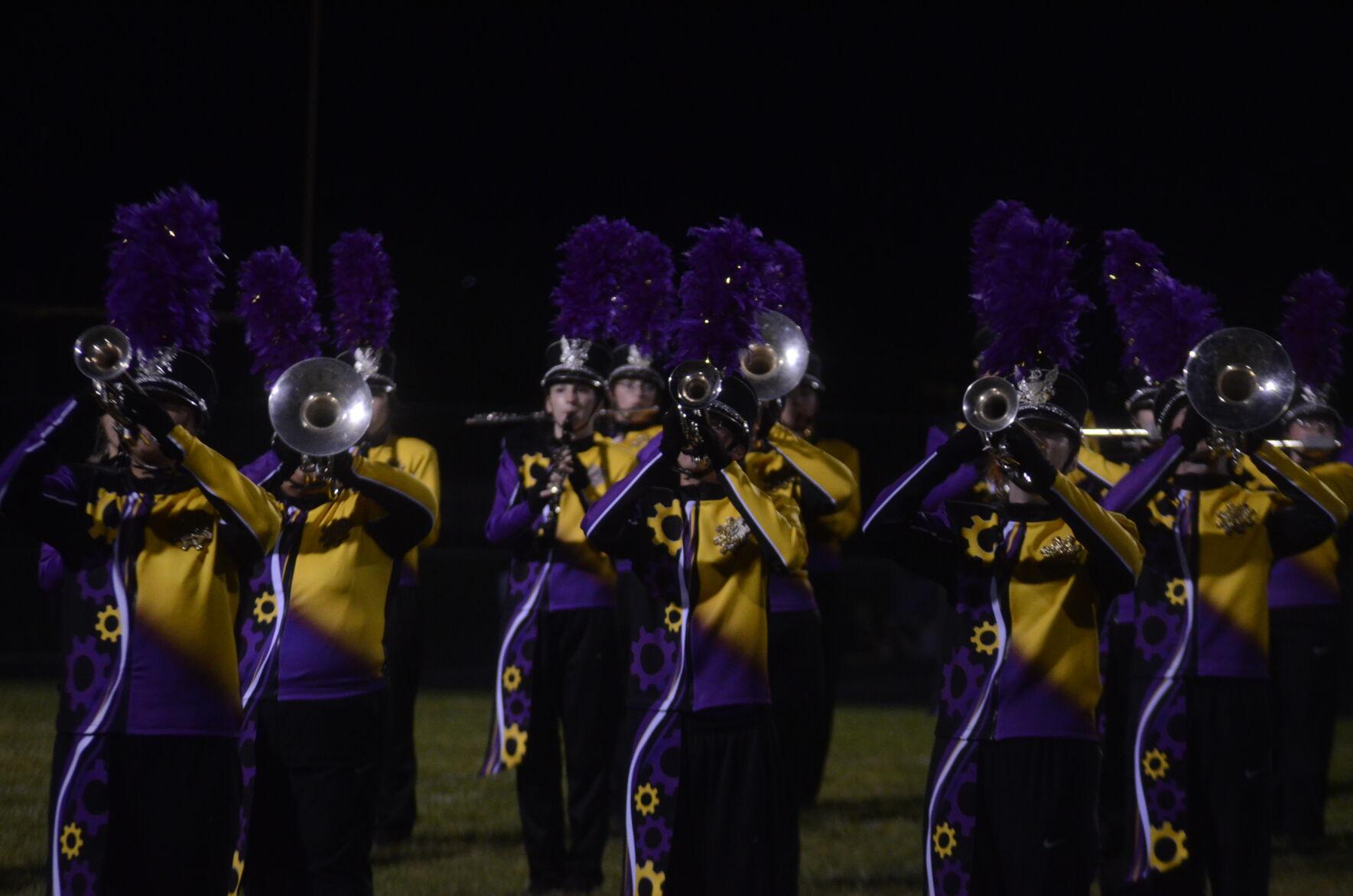 The Maverick Machine was the special guest for the Waseca Marching Classic, putting on an exhibition at the end of the field competition. (Ethan Becker/southernminn.com) 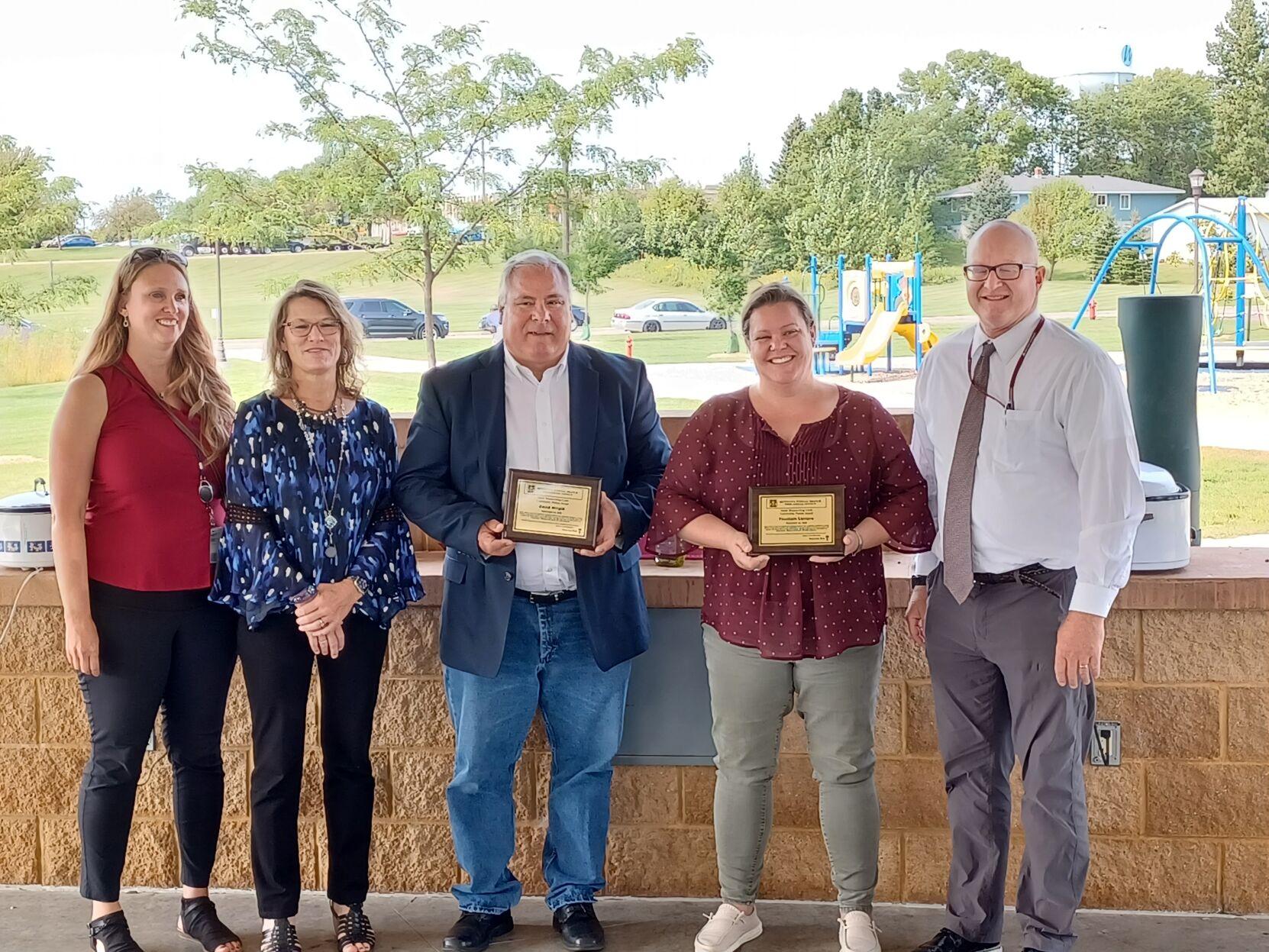 Cities around the county are beginning to consider what their financial situation for 2023 will look like. According to Minnesota statute, cities must present their preliminary budgets to the county by Sept. 30, having discretion to lower taxes between then and the end of the year, but not raise them. With many cities wrapping up their council meetings for the month, approval of budget drafts are on everyone’s mind.

The city of Janesville was in an uncomfortable position at its Aug. 22 meeting, as City Administrator Clinton Rogers laid out the problem with the city’s levy.

“If we keep everything as is right now, we’re looking at a 22% increase in the tax levy,” Rogers said, pointing to the city’s debt service, vehicle capital and overall budget as areas of increase. “I would not want to present that to the public.”

At the end of that discussion, the councilors present at the meeting requested Rogers draft a budget with a tax levy ay around a 12% to 15% increase, a range which Rogers shot right in the middle of.

Councilor James Mulcahey voiced concerns over a few specific line items in the Police Department’s budget. The first was over the increase in part-time funds for the police.

Rogers said that the police would “probably” use that amount, with Andrea Moen, an administrative assistant, adding that the police saw a drought of part-time help this year, which should be fixed for next year. She also added that’s why the police’s overtime year-to-date spending was around $9k, even though the budget was only $6k — because full-time police officers were stepping up to spend extra time to cover shifts.

At the end of the meeting, the budget draft was approved, and it will be sent off to the county.

With the Janesville City Council opting to not meet on the 26th, citing the fact most of the administration will be gone for the preceding week and will be unable to compile materials for the meeting, the council was forced to make a decision at their first meeting of the month.

The current budget draft for the city of Waseca would see a tax levy of just over $5.7 million, necessitating an 11.2% increase in the tax levy. However, with the new tax capacity from current annexation and growth projects, city staff estimate that the tax rate increase, which is what would affect residents’ taxes, will be somewhere around 4.5%.

The most notable aspects of Waseca’s proposed budget is the elimination of a street maintenance position and the consolidation of the economic development coordinator and assistant to the city manager positions, which were combined for a savings of around $200,000. Those reductions will come at a cost, however, and according to City Manager Lee Mattson, that cost will be productivity.

“I don’t know that we will be seeing people working a lot harder. I just think that we will be accomplishing less over time,” Mattson said, in addressing concerns surrounding overworking city staff. Mattson also made sure to emphasize that the city was not looking at laying anyone off.

At New Richland’s Sept. 12 council meeting, City Administrator Tony Martens said that the current budget draft didn’t see a rise in the tax levy, but he estimated that the final draft of the budget will have an increase to accommodate city expenditures.

The Waseca County Commissioners, as well as the various departments around the county, have been working since June to develop budgets for 2023.

At its meeting Tuesday, the Board of Commissioners was scheduled to vote on a proposed budget draft, which would include a preliminary 3% increase to the tax levy in 2023, if approved.