News
spotlight
Local Habitat recruits women volunteers, and they show up in force

Sometimes, it just takes a call to action.

Habitat for Humanity South Central wanted to see more women on the job site, doing the physical labor, and the women showed up. In just five days after the call was sent out in early August, all of the 60-plus She Nailed It volunteer slots were filled, and the women got to work — about six per day over a 10-day period. 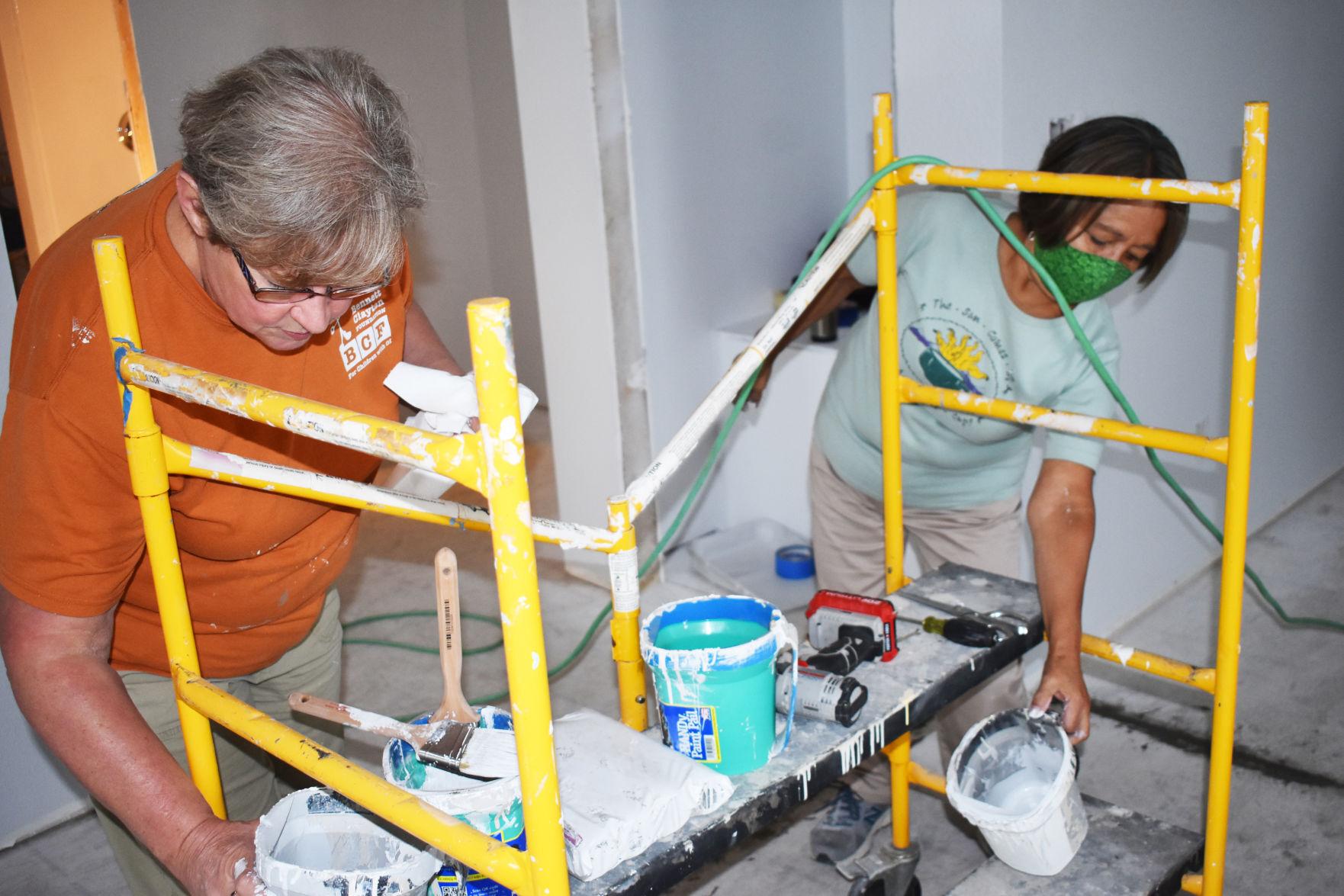 A couple of the regular volunteers for Habitat worked on painting during the Sept. 28 She Nailed It event. (Philip Weyhe/southernminn.com)

“It’s an intiative to get more women out on the job site,” said said Habitat South Central Family and Community Engagement Manager Taylor Schmeling. “Typically, you don’t see women doing things aside from some of the painting and less physical labor. It’s a way to get them to do things outside their comfort zone.”

On Monday, Sept. 28 at a job site in St. Peter, a group of five women from Jones Law Office, plus a couple other regular women volunteers, were hard at work, installing a floor and painting walls. For Jeannie Boerger, it was the first time using a table saw, but she wasn’t having any troubles. 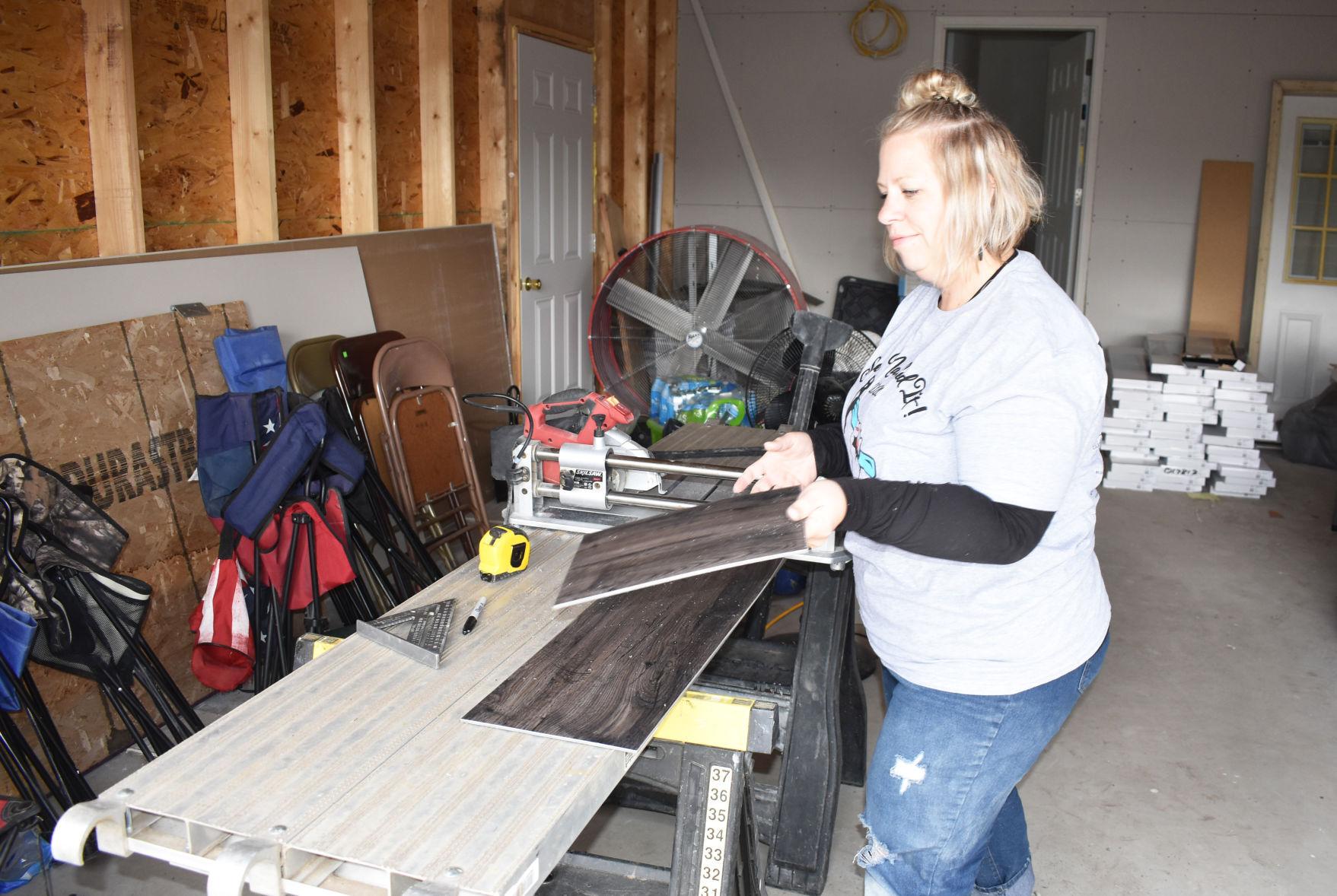 Jeannie Boerger cuts some flooring with the table saw during a Habitat for Humanity South Central She Nailed It event. The 10-day event drew in about 60 women volunteers to work with Habitat. (Philip Weyhe/southernminn.com)

“I think it’s going well,” Boerger said, “we’re all eager to learn new things; I have not cut off any apendages.”

The Jones Law team’s boss, Stacey Jones, was excited to see some of her employees taking so well to the opportunity.

“They’re doing awesome; I didn’t know they had so many talents; they’ve been threatening to leave the office and become construction workers,” Jones said with a laugh. “I think we definitely would do it again; it’s not as hard as we thought it might be.”

It’s not like anyone at the office was opposed to volunteering in the first place, but it was the call to action from Habitat that triggered their action. 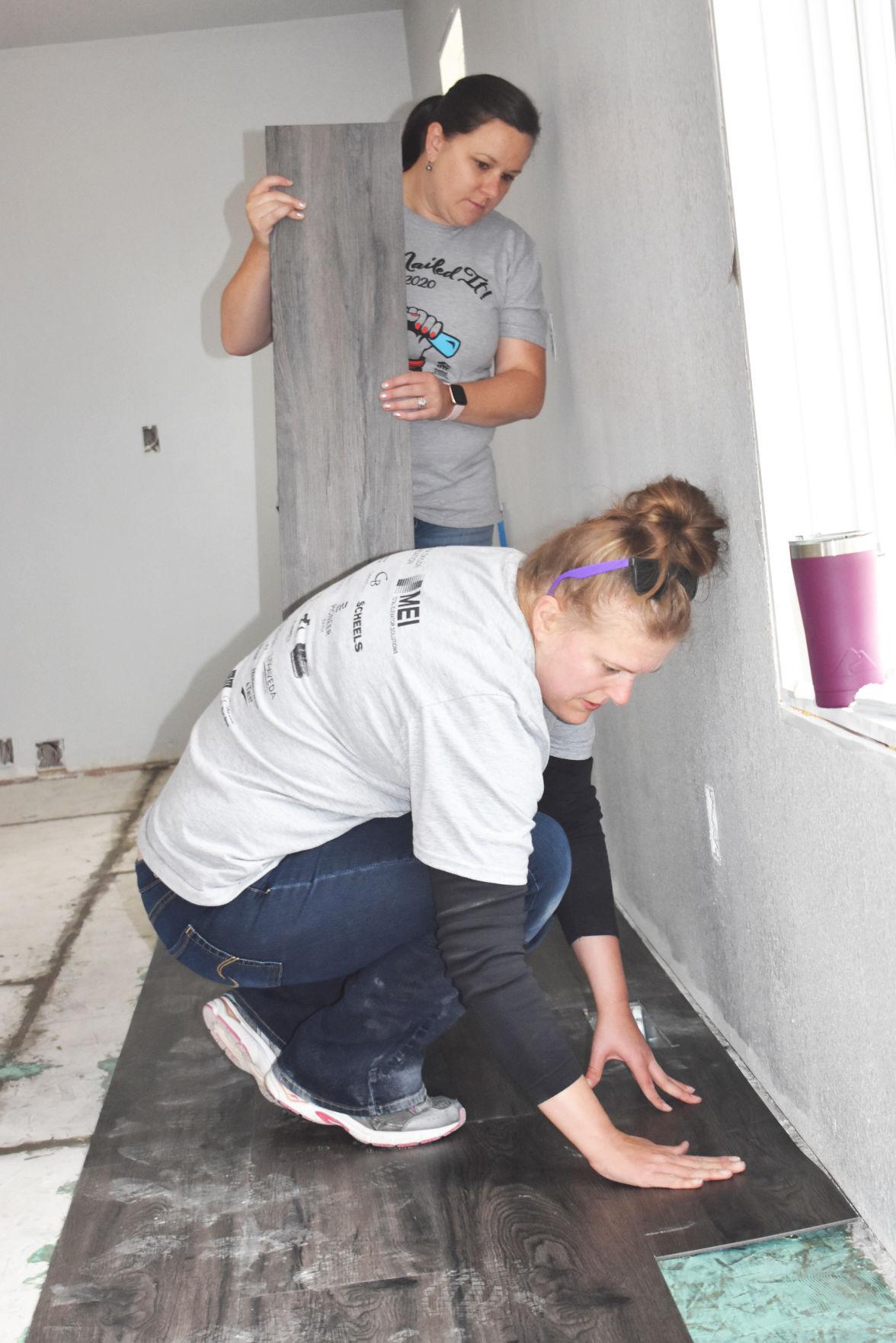 Members of a She Nailed It team from Jones Law Office laid down flooring during the Sept. 28 work event. (Philip Weyhe/southernminn.com)

“The She Nailed It event came up, and we thought it was perfect for us, because our office is 13 women and two men,” Jones said. “So it’s a great opportunity for females to be represented and help out in the community.”

The house being built at the Sept. 28 work event is for Mohamed Mohamed and Rugiyo Hussein, along with their six kids. The family saw the shell of their home put into place in the Traverse Green neighborhood on July 1.

With the home set on the foundation, the next steps were taping, painting and exterior work. The sheet rock was hung, but hired workers still needed to connect the HVAC and the electrical. Flooring needed to be laid, and the basement still needed to be 100 percent finished out, mostly by volunteers. When all is said and done, the home will be one of South Central’s largest ever builds.

The She Nailed It work days allowed Habitat to make extra progress at the St. Peter site, along with a neighbor house in the early stages of construction and another project in Nicollet. Schmeling was beyond pleased with the turnout.

“It’s been very successful. One of the things is they can come with their co-workers, so it’s kind of like a team building,” she said. “It’s cool; it’s all about women, and they feel excited about it.” 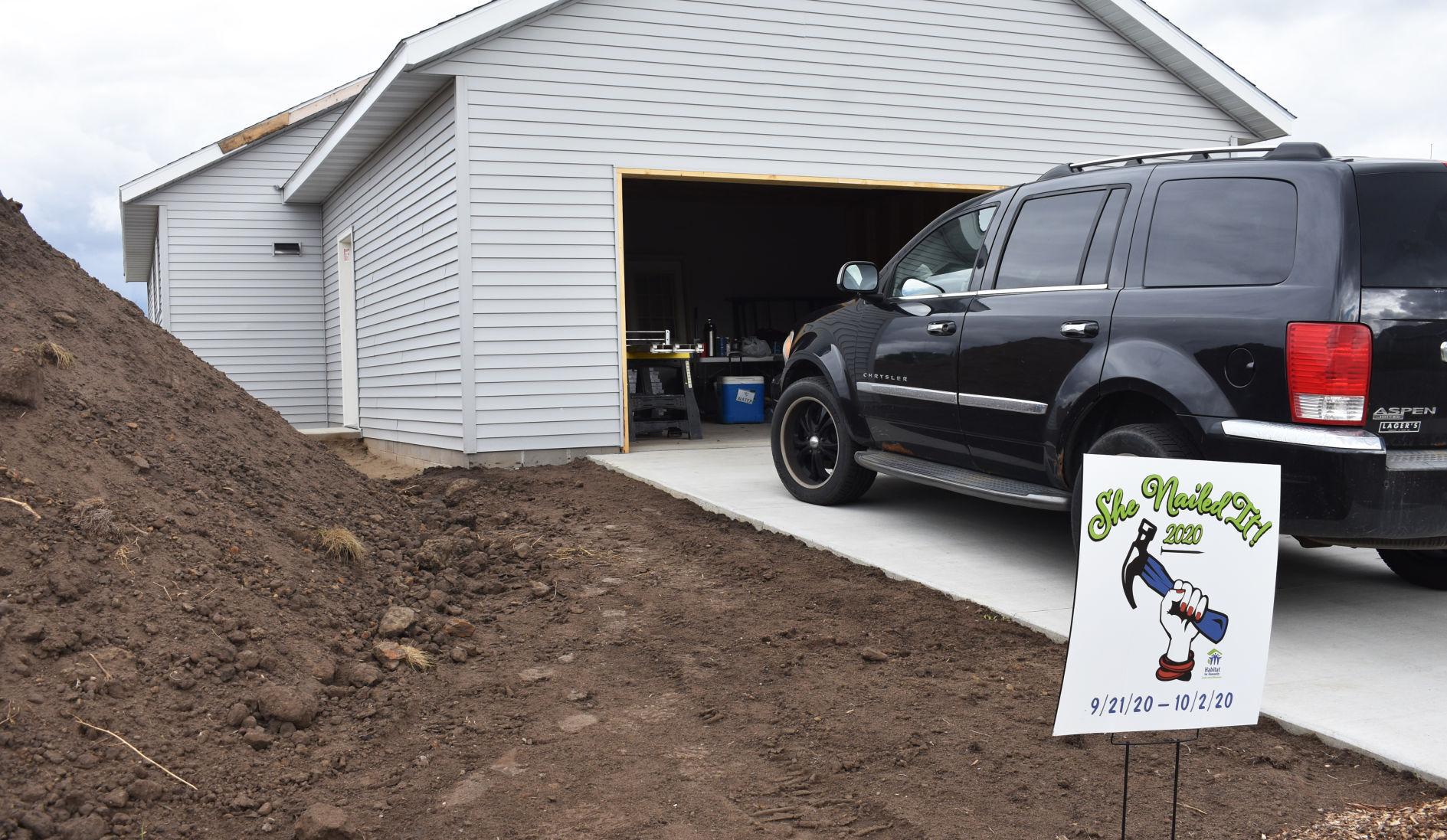 She Nailed It helped Habitat to draw in 60 women volunteers to work on current projects over a 10-day period. (Philip Weyhe/southernminn.com)

It’s good news for Habitat South Central’s future, too, as the women were exposed to the physical work, realized it wasn’t beyond their means, and many promised to return.

“All of them have said they’d come back and continue to work with Habitat,” Schmeling said. “Particularly, the things they enjoyed doing; a lot of them enjoyed framing, so they want to come back when we’re at that part of a project.” 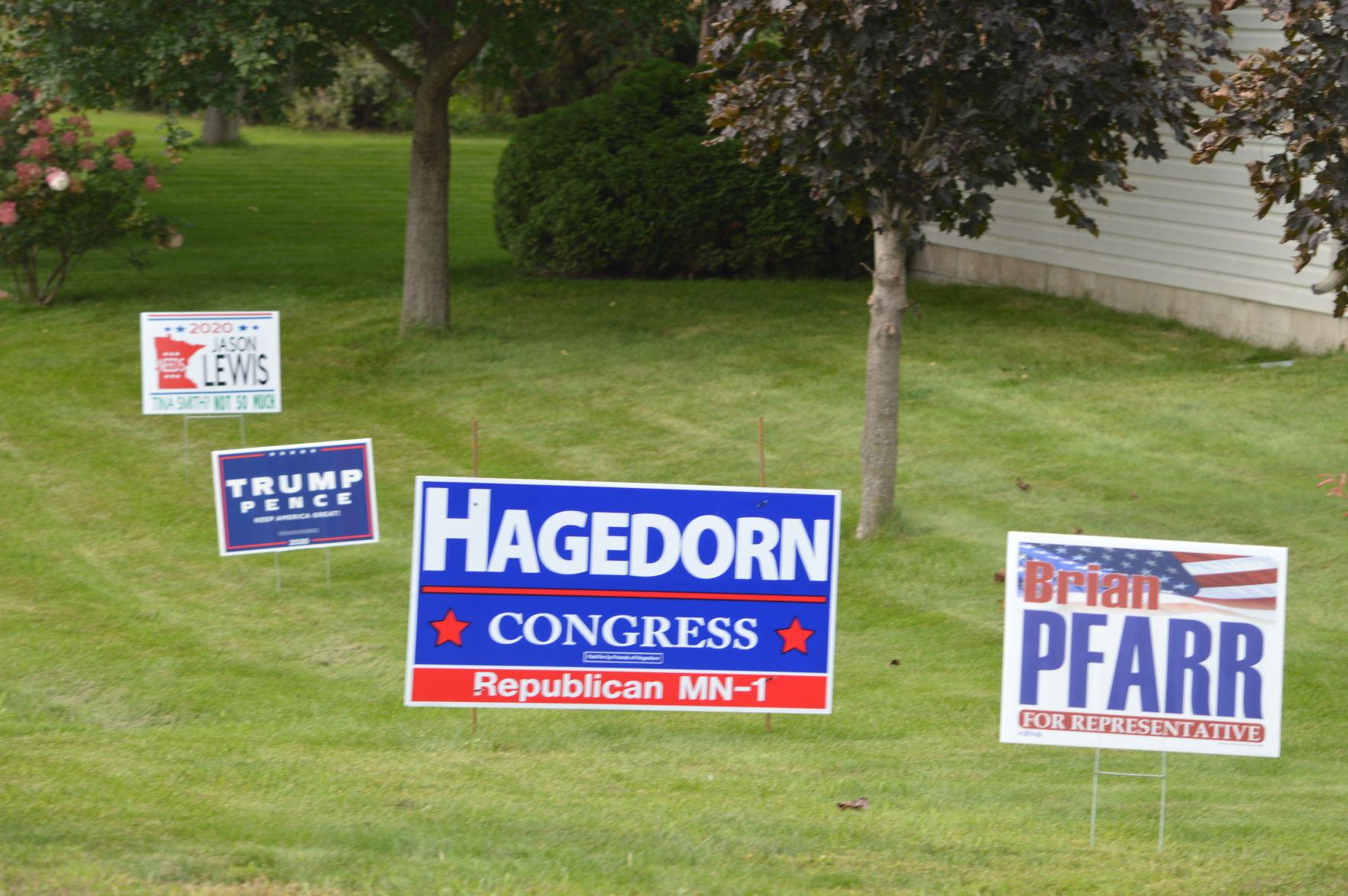 Residents in the Le Sueur and St. Peter area have reported campaign signs going missing. Police say it is difficult to respond to complaints, but they haven’t seen increased cases of theft from previous years. (Carson Hughes/Southernminn.com)

Like many Americans, St. Peter resident Kathy Dean was looking forward to the upcoming elections this November. She and her husband enthusiastically hung a homemade “Joe 2020” sign in support of Democratic presidential nominee Joe Biden on a tree outside their home. But a few weeks ago, Dean woke up to find the sign missing.

“It’s a sad state of affairs when people are stealing signs when we can’t just accept that people have different views,” said Dean.

As the country inches closer toward a heated election, local communities in Southern Minnesota have seen reports of sign stealing. In Le Sueur, Police Chief Bruce Kelly said that he had received two reports of theft related to the election. This included a flag in support of President Donald Trump, which was stolen and later retrieved from a teenager, and an anti-Biden sign which was reported missing. But other than that, reports to police have been non-existent.

“We haven’t had a lot of that, so hopefully that continues,” said Kelly. 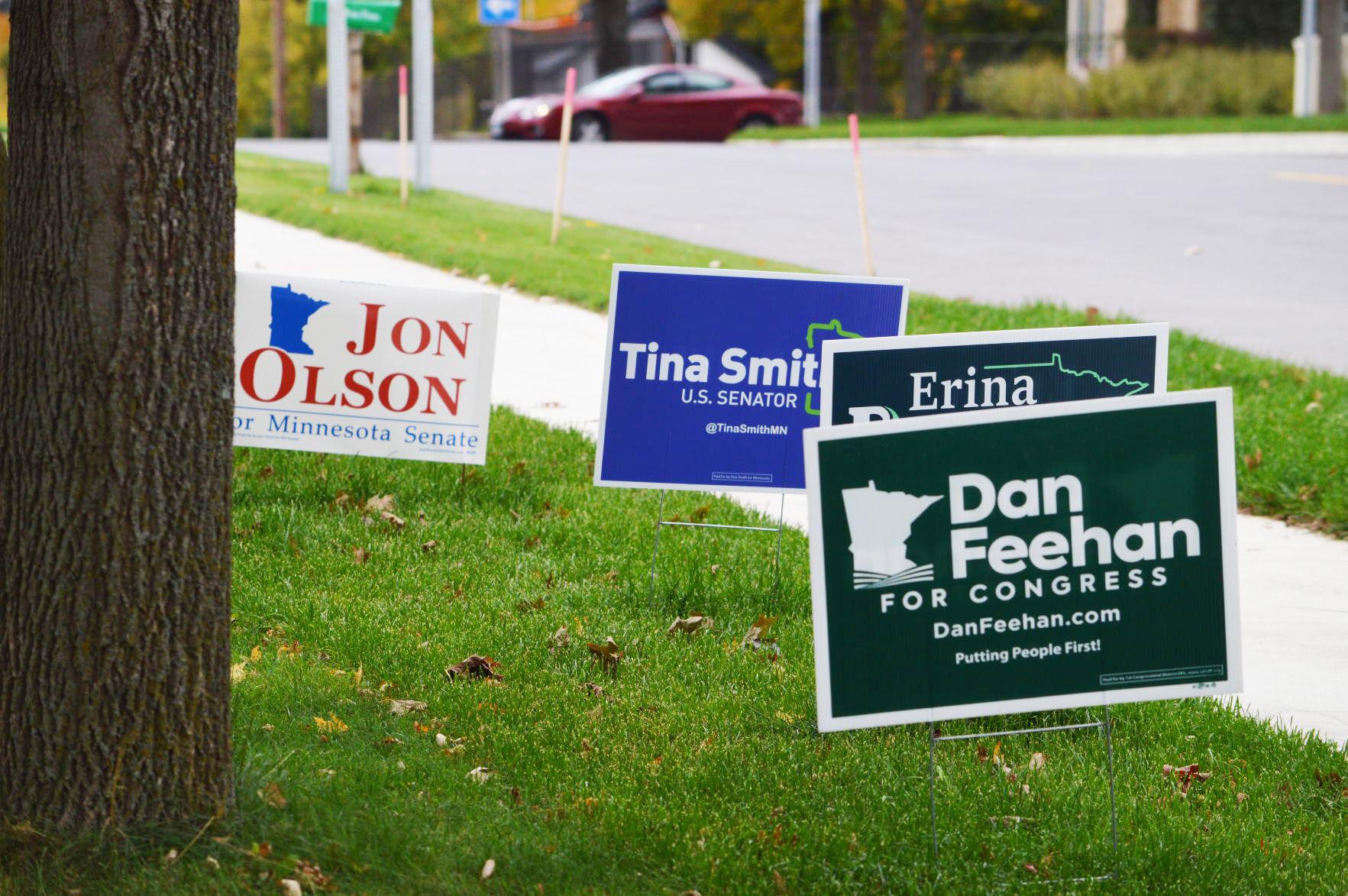 Campaign sign theft is an issue that has crossed party lines. Residents supporting Democratic and Republican candidates have both complained of missing signs. (Carson Hughes/southernminn.com)

The amount of sign theft can be difficult to quantify, because it often goes unreported to police. Dean said she didn’t file a report to the police, because she wasn’t sure they could do anything about it and she’s not alone in that.

St. Peter Police Chief Matthew Peters said that while the department gets complaints, people don’t want to file an official report, since it is difficult for police to follow up and because signs are of little financial value.

“People call us to tell us that they had the sign stolen, just to let us know,” said Peters. “But they don’t want to leave their name or make an official police report.”

“It’s impossible to try and find a stolen campaign sign,” Peters added. “Just as a sidebar, an officer was walking with his wife the other night, he found a campaign sign that was in the gutter. Basically it was folded in half and thrown in the gutter. Who owns that sign, who knows? It’s very difficult to say.”

From a criminal standpoint, the penalties for a sign theft are fairly minor. Because signs are low in monetary worth, the most a person would likely be charged in relation to a theft is with a petty misdemeanor. Minnesota state statute bases the seriousness of a crime in accordance with the dollar amount.

Though much has been written about increasing political polarization in the United States today, Peters said that the department hasn’t seen more reports of sign theft in comparison to previous election years. The larger issue for the community hasn’t been sign theft, but sign placement.

Campaign sign theft is an issue that has crossed party lines. Residents supporting Democratic and Republican candidates have both complained of missing signs. (Carson Hughes/southernminn.com)

The city of St. Peter has also had to respond to some complaints related to campaign advertising — signs posted by campaign officials, rather than signs purchased and displayed by private individuals. State campaign laws only allow for campaigns to put up signs 46 days before the primary election and limits signs to being on private property in a manner that does not block sight lines for drivers. When there are upcoming elections, the city of St. Peter contacts campaigns and informs them of regulations of sign placement.

“Oftentimes the campaign candidate will place the sign directly and then the homeowner moves it into the boulevard for various practical reasons — it’s easier to mow or they’re not aware of the regulation,” said Peters.

If the city receives a complaint on sign placement, the city reponds and a city official may end up removing the sign if it is in violation of state statute or may become a safety hazard due to obscuring sight lines or blocking an intersection. On state highways, where campaign signs are blocking sightlines, the Minnesota Department of Transportation will have someone remove the sign. 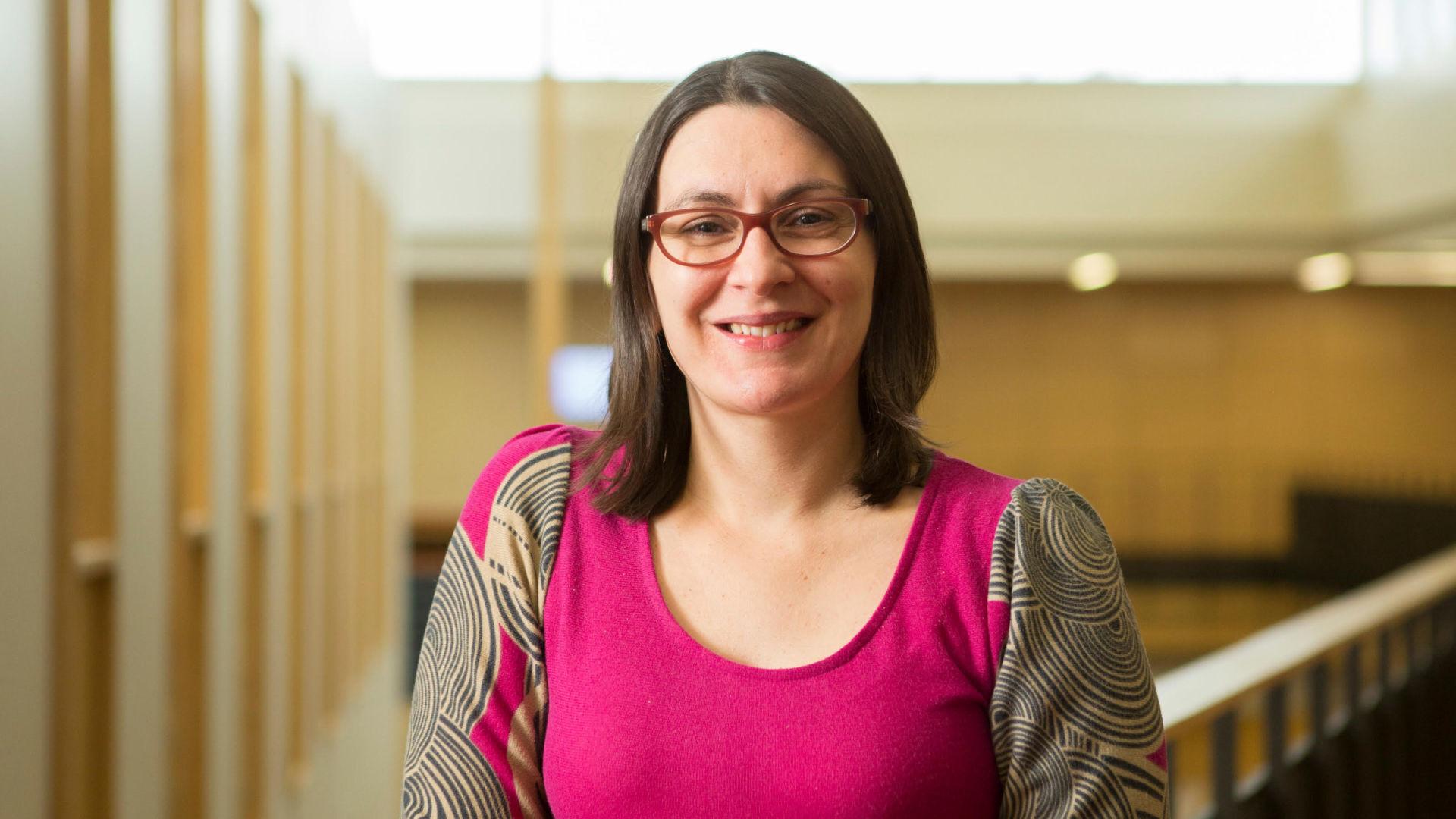 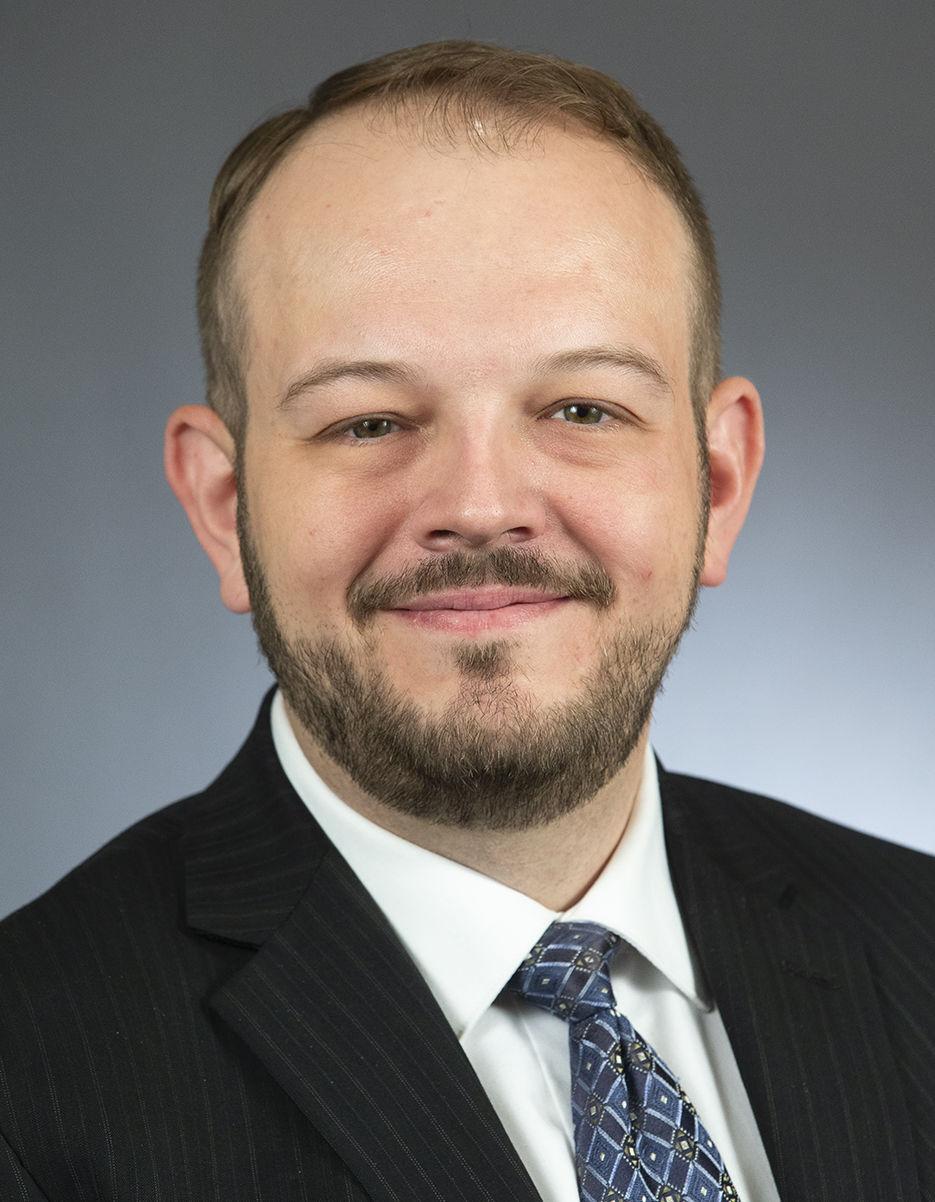