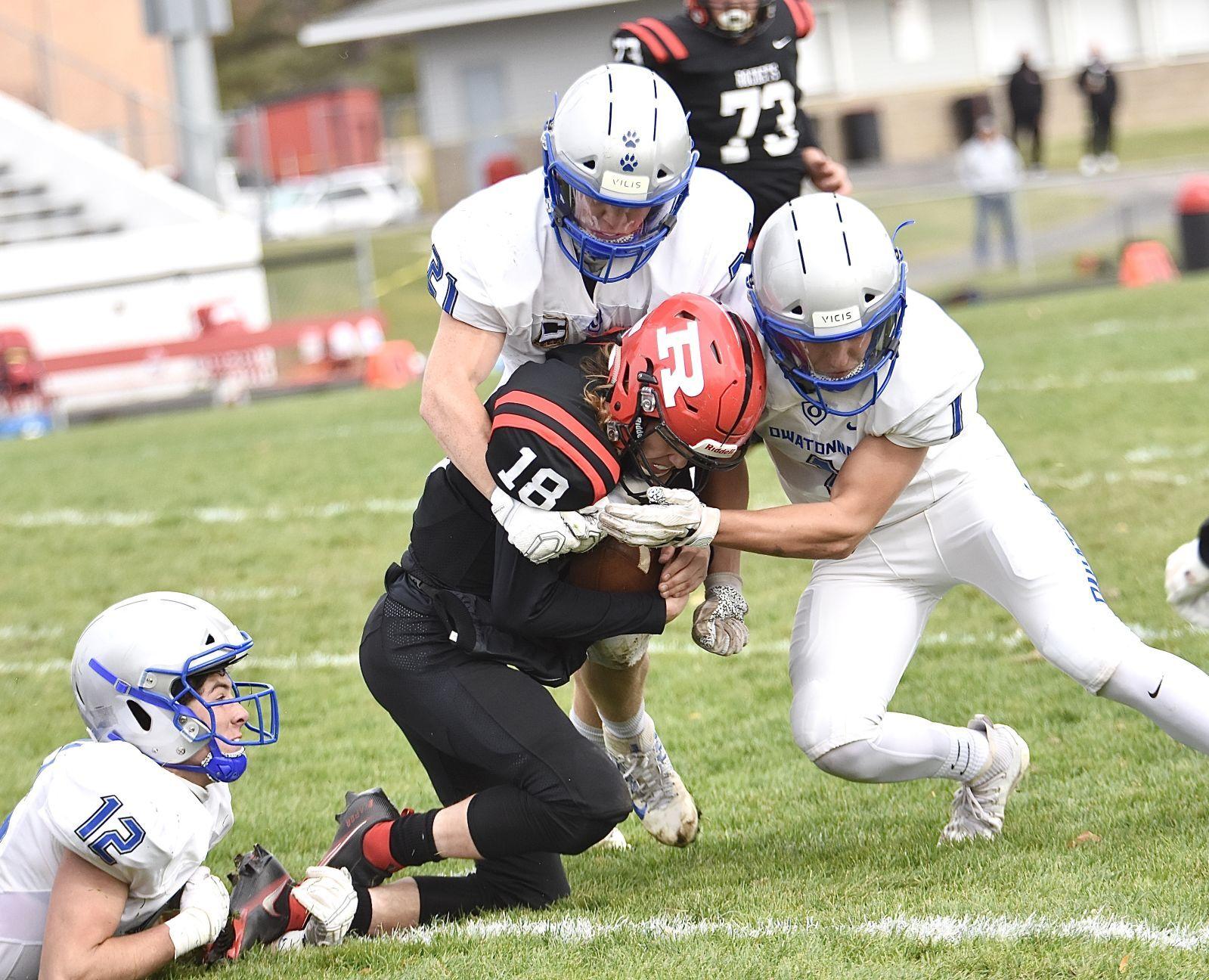 A 385,000-square-foot Costco distribution center was one of first large industrial projects announced for the city of Owatonna in 2019. As the project nears completion, the building permits issued for the construction of the facility has helped Owatonna see a record-breaking year in new construction valuation. (Annie Granlund/southernminn.com)

After last year’s big announcements coming from Owatonna’s industrial park, the fruits of the city’s labor are being realized as the city shows an already record-breaking year in building permit valuations for new construction with three months left to go.

Large projects planned for the industrial sector of town, such as the 385,000-square-foot Costco distribution facility that will serve 25 Costco stores throughout the Midwest, marked the beginning of an unprecedented growth for Owatonna. With the building permits for the industrial park projects getting underway in 2020, Klecker said the overall total valuation in building permits for all new construction in the city sits at $83.4 million. With the remaining quarter of the year left to finish out, Owatonna is nearly $20 million over the its previous valuation record set in 2016.

“The valuation just shows the scope and size of projects that permits are being issued to,” Klecker said, adding that everything from the 266,000-square-foot Bosch warehouse to a deck in someone’s backyard is included in the total number.

Other industrial park projects that added to the record-breaking number include the 800,000-square-foot Minimizer facility underway, the 150,000-square-foot warehouse completed by Daikin, and the repurposing of an empty building by Rise Modular.

Focusing on industrial growth is a common priority of cities due to the increase in higher paying jobs that follow, which trickles down to growth in all other sectors of the community, Klecker said. With the new higher paying jobs, residential growth has followed. Building permits for single-family homes have already surpassed last year and the city has approved the construction of 115 additional apartment units in several projects, he said.

“If a city focuses on the right things and are successful at it, the spinoff effect that happens allows your community to grow – which has been our motivation here,” Klecker continued. “Locally, we’ve got a lot of exciting things going on.”

Klecker said it was a relief that the ongoing COVID-19 pandemic did not put any of the pre-approved industrial projects on hold, noting that in March when the coronavirus first began impacting the area the city staff were unaware and uneasy about what that would mean for the projects.

“All the projects all got underway, including the Bosch project which didn’t get approved until this year,” Klecker said. “What we might see into the future, however, is those businesses that maybe we were not working with yet and who were maybe thinking of doing an expansion or a new facility that might be in Owatonna – they may put a hold on that through this period of COVID-19.”

While Klecker said he doesn’t anticipate the rate of industrial and community growth to slow as a result of the pandemic, he said he is confident that it will not come to a screeching halt. With big infrastructure projects in the area in the form of the Highway 14 expansion and the future construction of a new Owatonna high school, Klecker said it is inevitable that growth will continue to follow.

“With the new high school happening, I think we will still see residential growth and with that possibly some commercial growth,” Klecker said. “Not that we won’t have the industrial growth, we are still working on a few projects for next year. I think we will still see one or two bigger industrial projects a year, it just won’t be at the same high pace of the last two years.”

An Owatonna man who allegedly tried to stab a woman at a local bar has been formally charged in State District Court.

Eloy Tarango, 41, was charged Monday with two felony counts of second-degree assault with a deadly weapon for an incident that took place on Saturday at an Owatonna establishment.

According to the criminal complaint, officers with the Owatonna Police Department responded to call of a man being “knocked out” at 10:26 p.m. Saturday. When they arrived, an employee of the business turned over a folding knife to the officers and advised them that a man involved in the incident was waiting to speak to them.

The man told officers he was sitting with his wife when Tarango began harassing him and trying to entice a fight, according to the complaint. The man said he punched Tarango in the face “two or three times” when he saw Tarango pull out a knife. He told officers Tarango then started swinging the knife at the man’s wife, and the man kicked Tarango in the face knocking him out.

The wife of the man confirmed the series of events with the officers.

The couple did not know Tarango prior to the incident, according to court documents.

Tarango has a long criminal history, including a 2018 felony conviction in Steele County for third-degree assault resulting in substantial bodily harm.

Judge Joseph Bueltel set bail without conditions for Tarango at $50,000. His next court date is scheduled for Oct. 28. 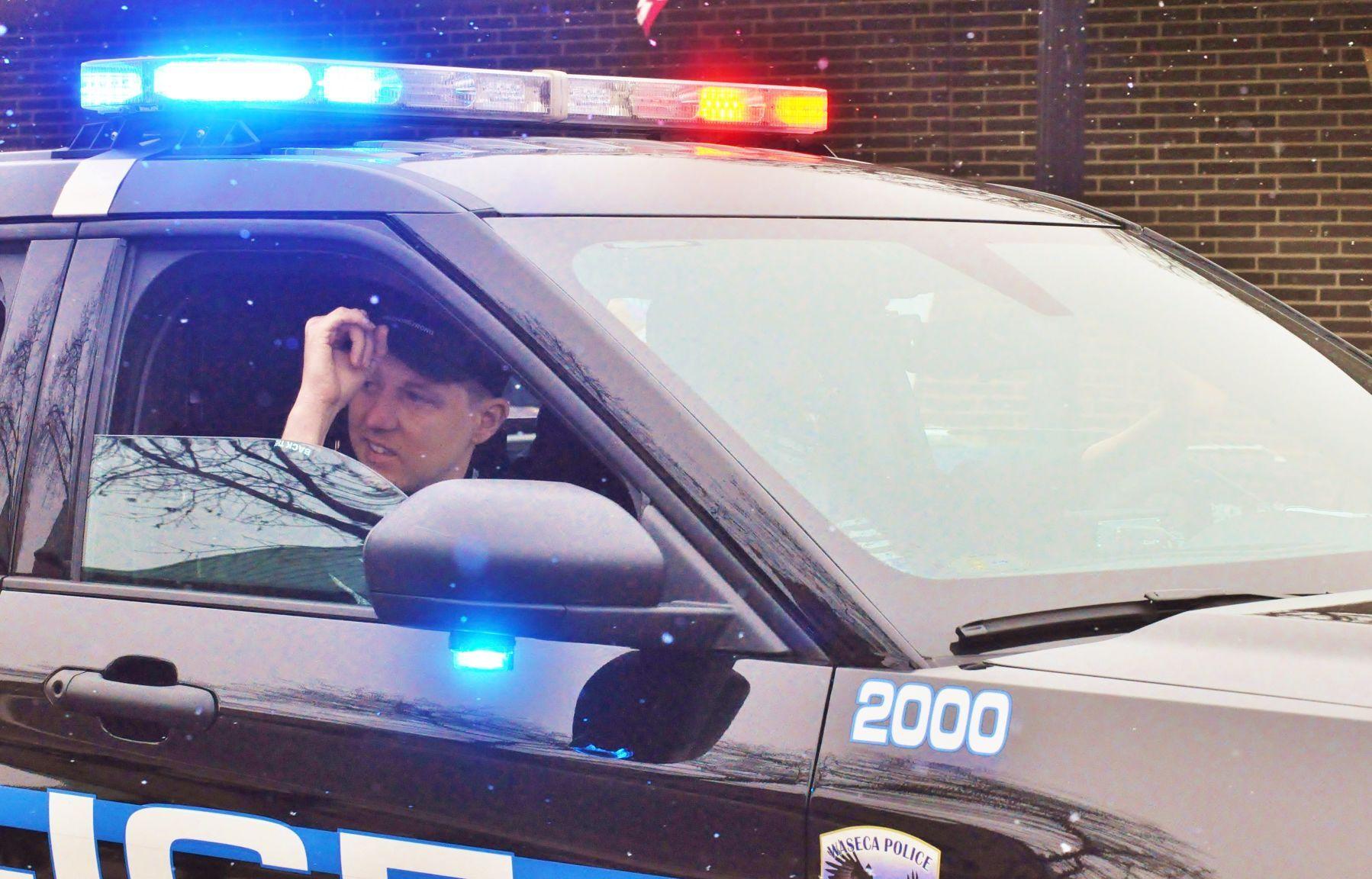 Waseca Police Officer Arik Matson returned home after being shot in the line of duty back in January. He was welcomed back to Waseca with a parade where he was able to wave and smile to the crowd.