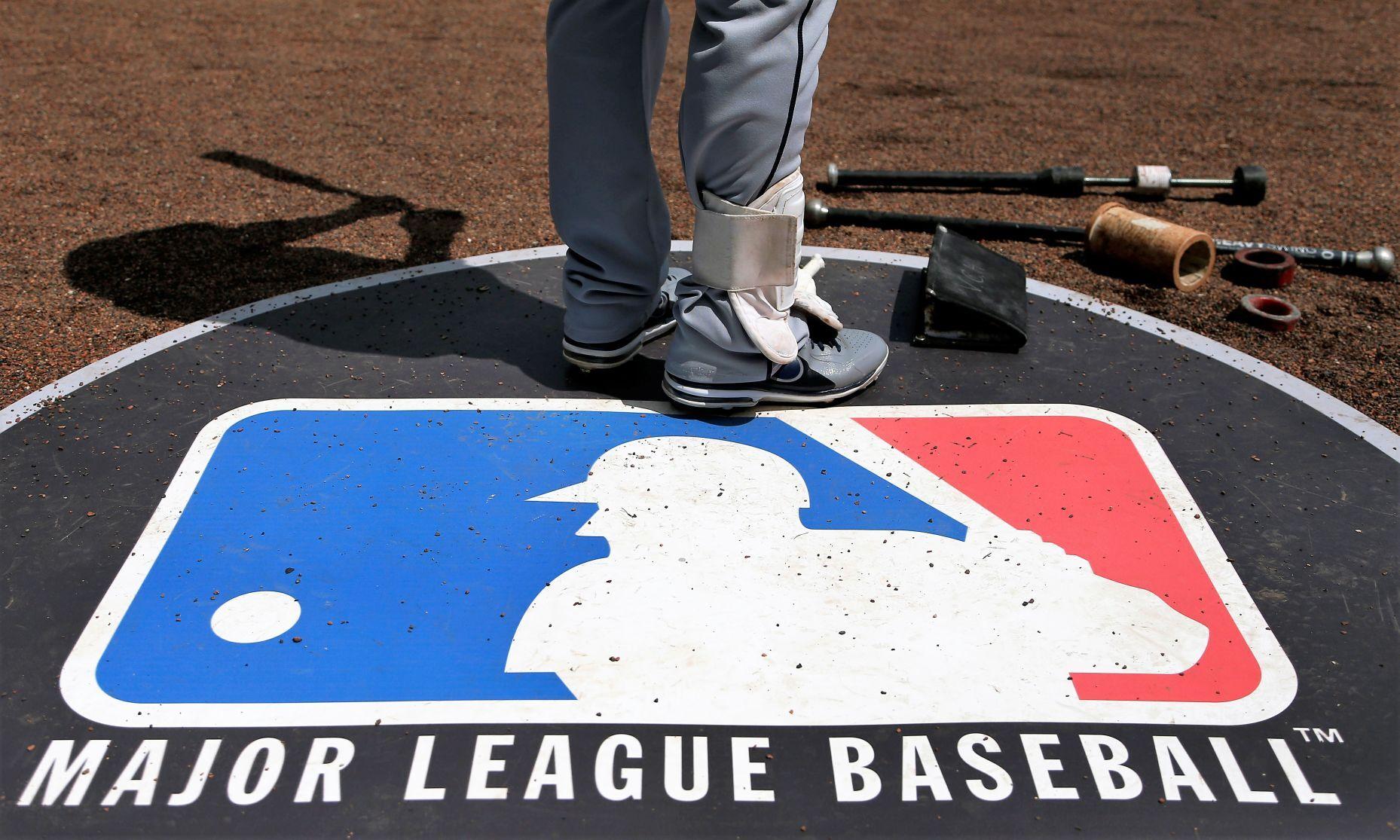 Major League Baseball rejected the players’ offer for a 114-game regular season in the pandemic-delayed season with no additional salary cuts and told the union it did not plan to make a counterproposal, a person familiar with the negotiations told The Associated Press. The person spoke on condition of anonymity on Wednesday because no statements were authorized.(AP Photo/Charles Rex Arbogast, File)

Sixteen-year-old Percy Mayer (right) has planned a second Black Lives Matter protest Saturday. Mayer was the organizer behind the 10-hour long protest Sunday that ended with local law enforcement kneeling with demonstrators to honor George Floyd. Mayer said that a second protest is called for after some residents told him they didn’t believe the officers’ actions Sunday were genuine. (Annie Granlund/People’s Press)

Owatonna Chief of Police Keith Hiller, knelt with many of his officers and protesters Sunday in honor of George Floyd, a black man who died last week while in police custody . (Annie Granlund/People’s Press)

Following a 10-hour long effort on Sunday, the organizer of the Black Lives Matter protest in Owatonna has planned a second demonstration this weekend, saying that the effort from law enforcement to take a knee with the crowd felt less than genuine.

“From the community, I’ve heard that they thought the kneeling was less of a symbol of ‘let’s work together’ and more of a ‘please don’t riot, please stop protesting, we want to go home,’” said 16-year-old Percy Mayer, of Owatonna. “It was frustrating to protest for so long and just get a knee, but I was willing to take what I could get because I really wanted it to stay peaceful and positive and to work together.”

Owatonna Police Chief Keith Hiller is aware of the second protest and are working to maintain the safety of the community and all those involved, but noted that he and his officer are disappointed by the accusations.

“The response from law enforcement was heartfelt and genuine,” said Hiller. “Anyone with a sense of humanity views the Minneapolis incident with disgust.”

Mayer said that the protests and movements around the country have started to shift from the calling for charges against the four former Minneapolis police officers linked to the death of George Floyd to the call for reform to police departments and the government.

“It’s really complicated and it’s a touchy subject for a lot of people,” Mayer said.

Mayer has scheduled Saturday’s protest for 12:30 p.m. outside of the Law Enforcement Center on Pearl Street. On the event’s Facebook page, Mayer say children 15 and under shouldn’t attend the protest, which he describes as “dialogue based and peaceful.”

“I’m not going to voice my person opinion on rioting and violence, but it’s not what I want for this community,” Mayer said. “The ultimate goal is to keep this peaceful, but being it’s a second protest there is an increased risk which is why I don’t want any kids getting hurt considering how many really young ones were out on Sunday.”

Hiller said that he also wants to the second event to maintain the peace that followed the end of the first protest, adding that law enforcement is concerned that things may turn ugly this weekend.

“We hope and pray that the positive message that people left with on Sunday will continue to lead to positive communication and actions well into the future and into our community,” Hiller said. “We want to help and effect change and create progress, and we feel we can do that with the assistance of the organizer, Percy Mayer.”

Owatonna Police Capt. Eric Rethemeier is disappointed with the idea that kneeling together on Sunday was disingenuous, adding that the law enforcement in Steele County is an extension of the community.

“The uniform is a symbol of protect and serve, but we’re so much more than that,” Rethemeier said. “Out of this uniform, we’re big brothers, coaches and volunteers.”

Faribault Police Chief Andy Bohlen Wednesday that he was unaware of any additional planned protests in that city, and that he was waiting to hear from Steele County law enforcement on what, if any, support they may need this weekend.

Two former Steele County commissioners are looking to get back on the board, filing for seats they lost four years ago. The election is Nov. 3. (People’s Press file photo)

Two former members of the Steele County Board of Commissioners have filed to regain their seats, setting up rematches of the 2016 elections that saw all three incumbent commissioners turfed from office.

Just hours before the deadline, James “Corky” Ebeling and Mark Schultz filed to run against incumbents Jim Abbe and Rick Gnemi, respectively. Schultz was elected to the board in 2006, 2010 and 2012, while Ebeling was elected in 2008 and 2012.

Ebeling is a lifelong Steele County resident who worked with the Owatonna Parks and Recreation Department for nearly 40 years until his retirement. He also served as the longtime president of the Steele County Free Fair Board. He has also been involved with numerous other community organizations, and started Corky’s Early Bird Slow Pitch Softball Tournament, which brings slow pitch softball teams from across the country to Owatonna.

Ebeling said that he decided to throw his hat into the ring to ensure voters have a choice in the election. He described himself as a “common sense, experienced candidate” who is ready to get to work for the voters of Steele County on day 1.

“I think it’s healthy for people to have a choice in the election,” he said. “Had somebody else filed that I felt was well qualified or a good candidate, I might not have jumped in.”

Schultz, who was unavailable for comment, is a longtime postal employee who also served three years on the Owatonna Planning Commission. He ran on fiscal responsibility as his core issue, working to keep taxes low while providing quality government services.

Both were swept out of office in 2016, though Schultz’s loss was notably closer than those suffered by Ebeling and District 5 Commissioner Nina Huntington. Just two years prior, Commissioners Bruce Kubicek and Doug Johnson were also defeated.

As a result, the composition of the county board in January 2017 was entirely different than the one that existed just two years earlier, largely due to voter frustration with the incumbents that had risen in the months prior to the election. Much of that centered around a petition which accused the commissioners of failing to go through the proper channels for per diem reimbursement. Signed by 345 county residents, it called on commissioners to repay the money and resign.

Under state law, county commissioners in all counties, except Hennepin and Ramsey, may collect per diems and reimbursement for certain expenses in addition to an annual salary, so long as those expenses are documented.

Though the Minnesota State Auditor’s office ultimately cleared the commissioners of wrongdoing, many voters were unconvinced. Frustration with the issue dovetailed with concerns about the overall fiscal management of the county. 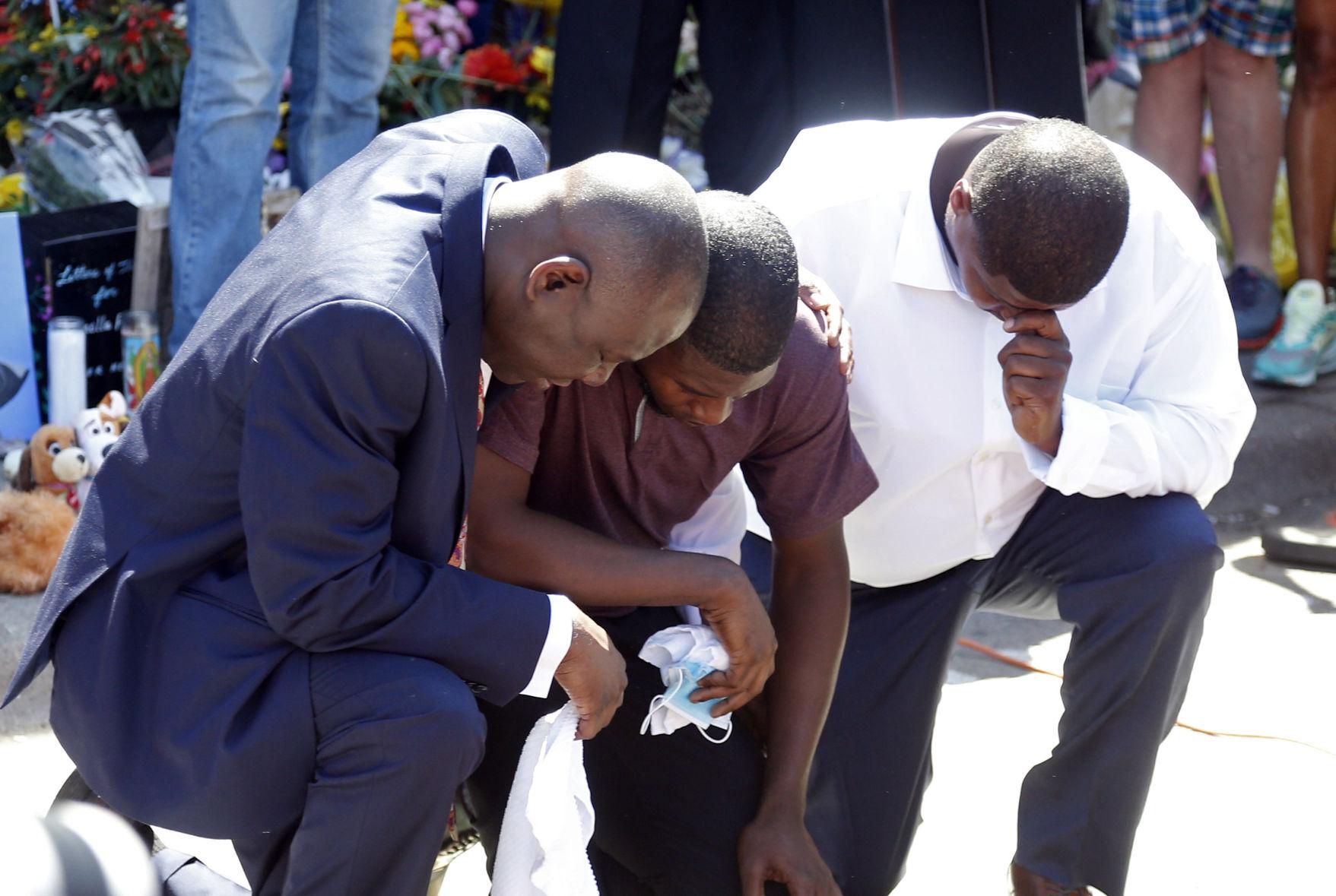 Quincy Mason, center, the son of George Floyd, and family attorney Ben Crump, left, kneel, Wednesday, June 3, 2020 as they visited the site of a memorial in Minneapolis where Floyd was arrested on May 25 and died while in police custody. Video shared online by a bystander showed a white officer kneeling on his neck during his arrest as he pleaded that he couldn’t breathe. (AP Photo/Jim Mone)

A number of signs honoring the class of 2020 are already on display downtown, like the one pictured here outside Central Park Coffee on Cedar Avenue. (Bridget Kranz/People’s Press)

With Owatonna High School planning a socially distanced celebration for its graduates on Sunday, both the school district and local businesses are finding ways to support this year’s seniors — and encouraging community members to get involved if they can do so safely.

On Sunday evening after the ceremony, Principal Kory Kath has asked residents to turn on their porch and outdoor lights in honor of the class of 2020. Throughout distance learning, turning the lights on at high schools and football fields across the state has been used by districts to show that they’re thinking about students from afar.

This weekend, the high school football field will again be lit up — along with the front of the building, itself — from 9:30 to 9:50 p.m. Sunday. In addition to turning on house lights, students and community members will also be able to drive by and see the school’s display.

“We want to make sure that students know and recognize the bright future that’s ahead of them,” said Kath, of the reason behind the lights. “If people know a graduating senior in their neighborhood … take that opportunity to congratulate them.”

While the community is asked to show its support Sunday evening, due to capacity and social distancing guidelines, a 2 p.m. parking lot ceremony earlier in the day will be open only to students and their loved ones — with a limit of one car per family. Those gathered will listen to commencement speeches broadcast through their car radios at the Federated Insurance A.T. Annexstad Building lot.

Earlier in the day, the district will have a drive-through set up at the fairgrounds where students can pull in, go to one of four stages and get a professionally-taken photo of them being presented with their diploma. “We will definitely be following all of the social distancing rules, the person handing the diploma will wear gloves and make sure they are protected,” added Kath.

Ahead of the weekend, community members can also come out to downtown Friday night for the “Cruise Main!” event, hosted by the Steele County Safe & Drug Free Coalition. Andi Arnold, director of community engagement for the coalition, said businesses have been asked to make signs and decorate their storefronts in honor of the class of 2020. Residents are also encouraged to make signs and watch from the boulevard. This year’s seniors have been asked to decorate their own cars, if they wish, and drive through downtown starting at 7 p.m.

“They’ll circle around Central Park — it’s not like a parade where we’re going down a specific route, it’s just how it was back in the day,” said Arnold. “You’re driving around and saying hello to people, as opposed to hanging out in a group setting.”

Arnold and public health officials will hand out masks, and people are asked to stay at least 6 feet apart from others not in their household as they come downtown to hold signs or watch the drivers.